“Learn not to attach your personal sense of value or self-worth to your playing”: Alex Skolnick

Testament’s six-string aficionado talks about the music that started him on his lifelong love of the guitar, his secret penchant for jazz and be-bop and convincing airport security that his wah pedal was not a suspicious package. 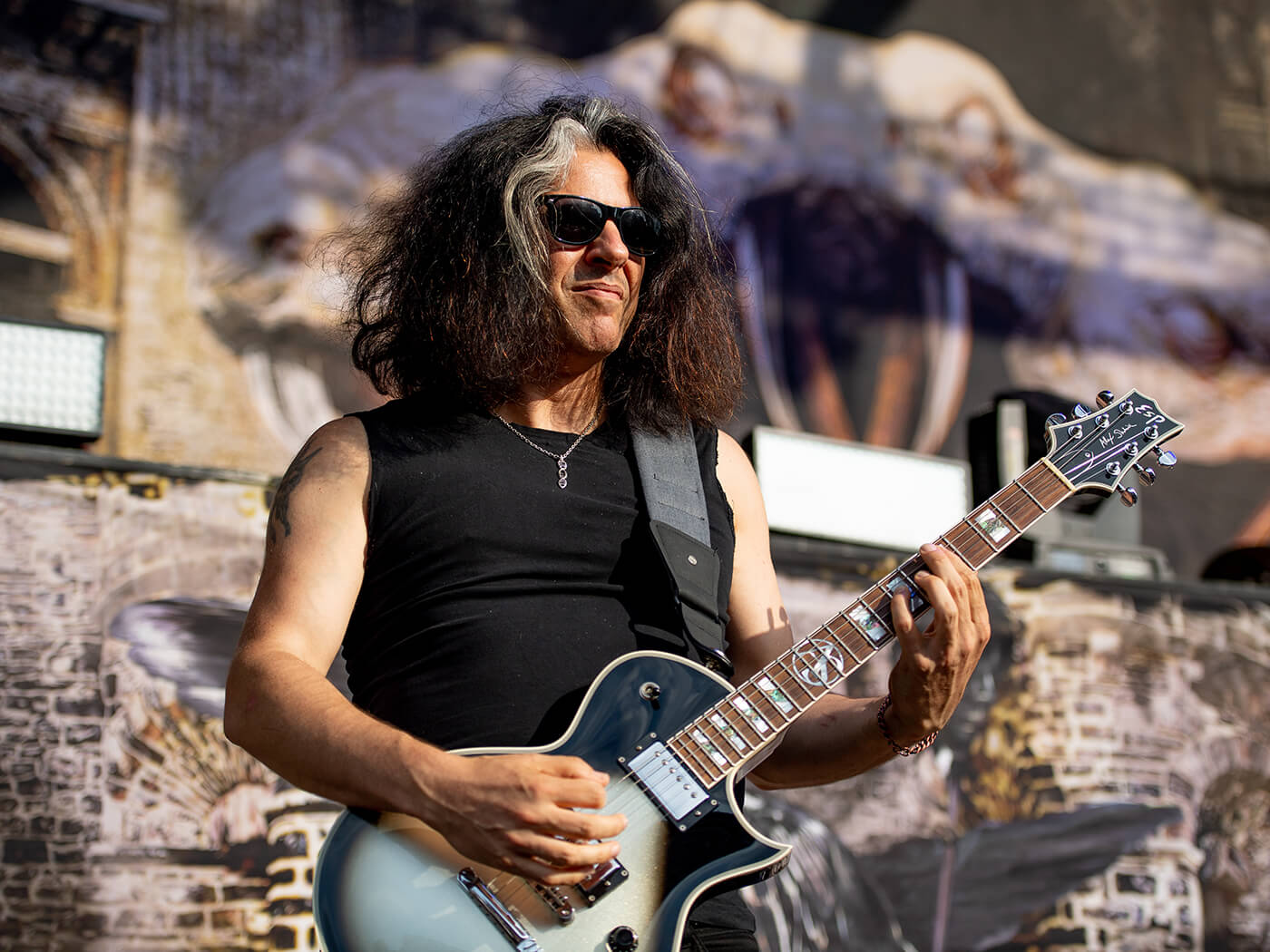 “I always loved music as a kid, especially The Beatles and rock from the 1950s, such as Chuck Berry and Jerry Lee Lewis. Once I saw pictures of KISS and heard their music, I decided had to play guitar. I was 10 years old.”

“I have a 1976 Gibson L5, it’s blonde and similar to models played by Wes Montgomery and also Scotty Moore. It’s a bit ironic, since it rarely leaves the house and I don’t use it for tours and recordings. But it’s one of my favourite guitars to play at home.”

“While still in my teens, I had a cherry sunburst Les Paul that I consider my first ‘real’ guitar. A few years later, leaning towards Ibanez, Jackson and other then ‘modern’ guitars geared toward more technical playing. I sold that Les Paul to make room for instruments that felt more right for ‘shred’. Later I rediscovered the greatness of the Les Paul, its tone and timelessness, every bit worth the extra effort to play fast on. I’ve since picked up a couple great ones, but always wished I kept that first one.”

“I have one and it’s made by ESP! I wanted a guitar that captured the sweet tone of the best Les Pauls but also has an ease of playing that players who are more used to thinner designs can enjoy. So, whether you lean toward the bluesy-ness of a Warren Haynes or the shred of a Jeff Loomis, this guitar can work for you. The ESP Alex Skolnick or the LTD AS1.”

“Lately, I try to imagine a groove in my head. Not a fast one, just mid-tempo, maybe funky. I’ll play bluesy and/or jazzy licks with pull-offs, slides and bends, keeping in time. It’s a good way to warm up and not play too much too soon.”

“’Who you are as a person is completely separate from how you are sounding or what level of proficiency you’ve reached on your instrument. Learn not to attach your personal sense of value or self-worth to your playing.’ This is something I read in a book by a great pianist and educator Kenny Werner, called Effortless Mastery.”

“I’ve had many! Some of my favourites involve going through airport security and having musical gear in my bag that the agents don’t recognise. One time I got questioned about an M-Box, an early interface for Pro-Tools. They thought it looked like an explosive device and had to call the Department Of Homeland Security in Washington DC. Another time, a fellow couldn’t understand my wah pedal, so I asked him if he was familiar with the theme from Shaft by Isaac Hayes, which he was. Right there in line, I started playing air guitar and mouthing the sound of the wah-wah.”

“There is an occasional mega-pop hit that I won’t purchase but secretly enjoy when it comes on… Currently that’s Old Town Road by Lil Nas X.”

“I would’ve greatly enjoyed being in one of Miles Davis’ electric bands, especially the late 60s and early 70s line-ups who played on Live at the Fillmore.”

“I would love to be able to play Segovia-like classical guitar or proper Flamenco. While I can and do borrow a bit from those styles, I’m a picker and hybrid-picker and pure finger-style is just not in my wheelhouse.”

Testament’s new album, Titans Of Creation, is out now.