Interview: Emo rockers American Football are back on the gridiron

Ask 100 people from outside of the USA what they know about American Football and you’ll receive some familiar answers: pads, helmets, quarterbacks, perhaps Patriots and Cowboys. But one or two might mention a band that means a lot to them, or an album sleeve featuring a white suburban house photographed at twilight.

Cult status is a difficult thing to define, and not something most bands explicitly set out to attain, but that’s what fell in the laps of American Football’s three members when they went their separate ways following the release of their self-titled debut back in 1999.

While they got on with their lives – guitarist and vocalist Mike Kinsella going solo as Owen, guitarist Steve Holmes working in IT and drummer Steve Lamos in academia – their album quietly became a cornerstone of US emo’s imperial phase. “I’ve always dug in the bins for lost gems, and to have our record be one of those is insane,” Holmes says. “If we’re the Velvet Underground of emo, I’ll take that.”

By the time they reformed in 2014, American Football’s influence could be seen coursing through a phalanx of bands dubbed ‘emo revival’, including acts such as Foxing and Pianos Become The Teeth. “There’s nothing more gratifying than having someone say your music influenced them,” Holmes says. “That’s the coolest thing.”

A foundational element in the band’s appeal was the chemistry and interplay between Holmes and Kinsella. Over Lamos’s crisp, jazzy drums, the duo forged indelible interlocking guitar melodies derived from their love of pioneering minimalist composer Steve Reich. Their music was rough-hewn but also richly emotive and complex, utilising a slate of unusual tunings. Never Meant, which quickly became a signature song among fans, found Holmes lining up E-G#-B-F#-B-D# and Kinsella in E-B-B-G#-B-E.

This approach has driven each of their studio LPs, including their forthcoming third self-titled effort, and the combination still feels almost telepathic. “Steve had all these parts with hammer-ons,” Kinsella says of their earliest songs. “For lack of a better word, they were noodles. I remember thinking there was a lot of room for melody, and for another guitar to change the direction.”

While Holmes and Kinsella have been friends since high school, American Football came together during their time as roommates at the University of Illinois’ Urbana-Champaign campus. Their musical backgrounds were similar but distinct, with Holmes dabbling in punk and hardcore bands and Kinsella manning the kit for Cap’n Jazz, another hugely influential emo group fronted by his brother, Tim. Kinsella and Lamos also played in The One Up Downstairs, who had only recently split when American Football began.

“I remember asking Mike to teach me Cap’n Jazz songs,” Holmes says. “I knew he had written guitar parts, even though he was the drummer. When American Football started, I’d only been playing for four years, I think. I’d just gone from power chords and octaves to barely complex-ish things in my prior band. We continued the style of The One Up Downstairs, which was very pretty and guitar-centric. Right out of the gate we figured out how to write parts that, as a piece, sounded better than one alone.”

The first American Football album was recorded immediately after the band graduated from college, while their breakup barely registered on most music fans’ radars. That would change over time. The shimmering quality of the songs – a result of double and triple tracking the guitars to add low end to their largely bass-free sound – eventually caught on in a big way. They might not be household names, but Holmes and Kinsella could be grouped with the most imitated players of their generation – any modern guitarist whose work has been described as ‘twinkly’ owes them.

“All the time there are bands opening for us where I hear some sort of influence, or commonality,” Kinsella says. “What’s different is they’re better than us. It’s like athletes: the bodies got stronger, faster and bigger. With YouTube and the internet, everything is so much more accessible.

“Everybody understands these tunings quicker. We had to figure them out and trudge through learning them, but these kids are picking it up younger and faster. My Instagram feed is filled with super-proficient people doing taps and hammer-ons, and I can’t really comprehend what they’re doing. It makes me feel old and… actually, mostly just old.” 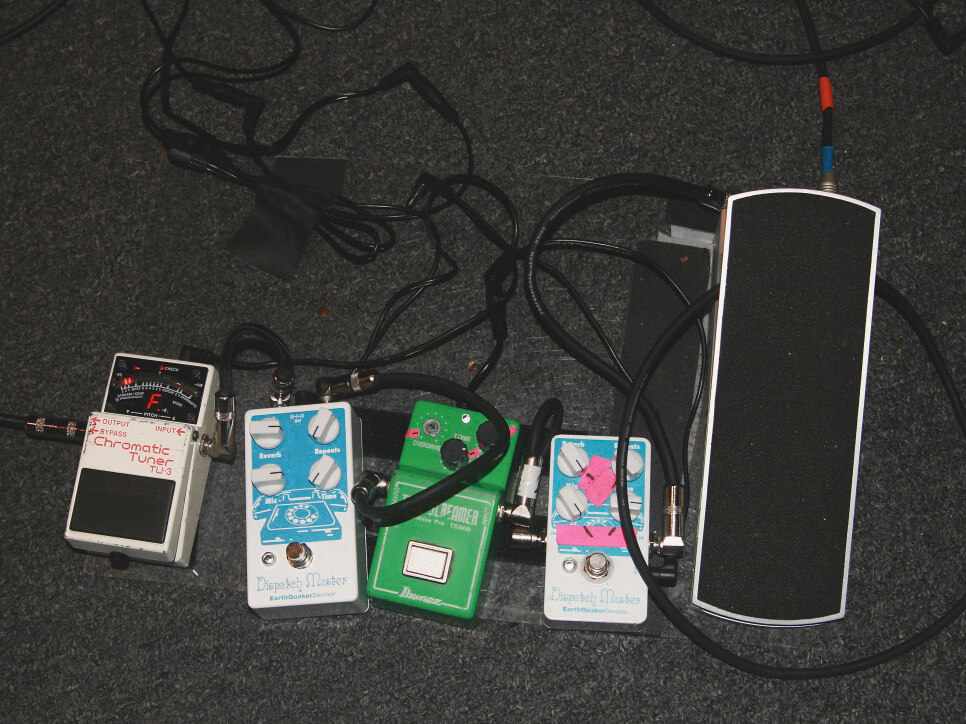 Back in 1999, Kinsella played a guitar borrowed from another dorm-mate, and Holmes was using a Mexican Telecaster that survived long enough to feature in their well-received reunion shows. “We didn’t own a guitar pedal,” Holmes says. “It was so clean and dry.” But the kids online aren’t the only ones whose circumstances have changed. To play these songs live, with different tunings for each one, requires reinforcements. Kinsella now alternates between a Fender Tele-Sonic and a couple of Telecasters, while Holmes flips from his Telecaster Elite to a Jazzmaster.

A short while on from their comeback, the unthinkable happened: American Football started writing new music. Their second album was released in 2016 and found the band, now a four-piece with the addition of Kinsella’s cousin Nate on bass, in inspired form. It doubled down on their unique melodic approach with slicker production values, something that has carried over to their new record alongside an expanded palette. 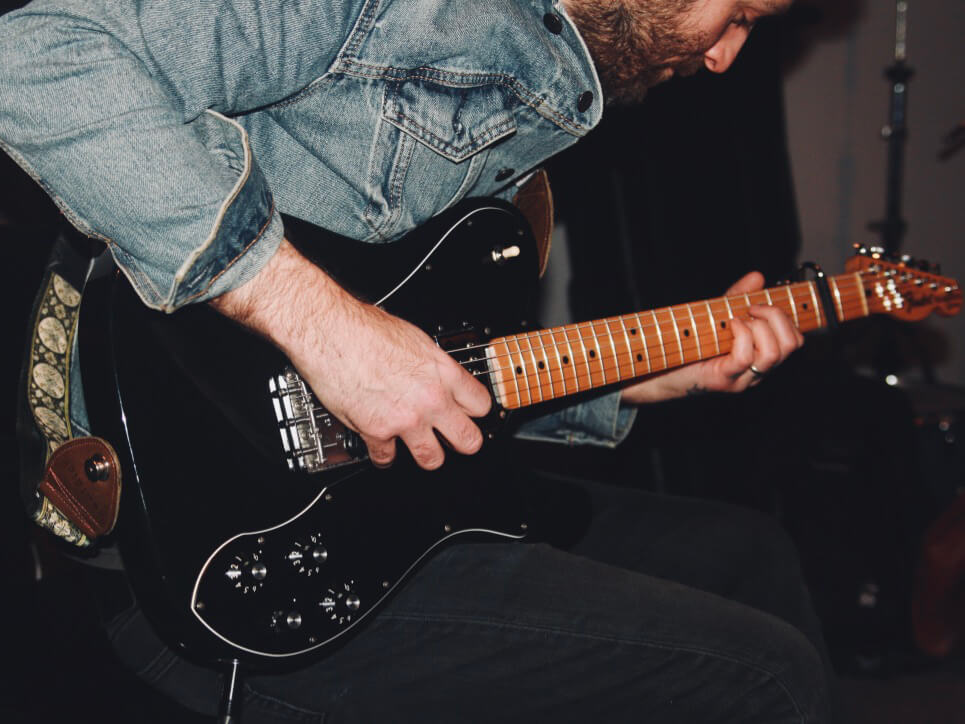 On LP three, the songs are more open-ended. Holmes and Kinsella appear to have unlocked another layer in their collaboration, and they got a lot of change out of some EarthQuaker pedals, notably the Dispatch Master reverb. There are moments, particularly the seven-minute opener Silhouettes, that tend towards somnambulistic six-string bliss.

“The new record is the best thing we’ve ever done,” Holmes says. “People have emotional attachments to a record they’ve grown up on, but sonically, there’s really no comparison. There are no parts that are going to blow your mind from a strictly technical perspective, but we think of each song as a composition. It’s written and arranged in a way that the sum is greater than the parts. That’s always the mindset.”

American Football is out on 22 March through Big Scary Monsters.