“You can’t have huge, busy riffs all the time”: How Architects are confounding expectation on their new album

The metalcore titans on remote recording, making things, “heavy in a different way” and why they’re not bothered if their new record proves divisive. 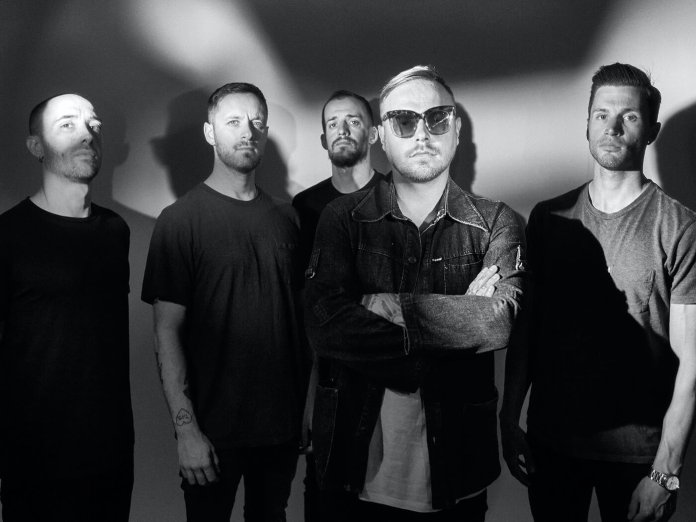 Josh Middleton knows these things have been twisted before, and so he’s careful when he talks about the role of guitar on the Brighton band’s latest. “You don’t want to say guitars have taken a backseat because then people start being like, ‘Oh no!’ But the focus is on the songs and creating interesting, unique sounds on the record,” he says. “And that doesn’t always mean guitars.”

The record in question is For Those That Wish To Exist, a wildly ambitious, harrowing journey into the depths of the climate crisis from the metalcore titans. Middleton is attempting to head off at the pass the sort of headlines that have plagued heavy bands for decades, stoking hair-trigger fans who are terrified of change. But there’s really no escaping the fact that we’re not in Kansas anymore.

The singles – Animals and Black Lungs – set their stall out early. Both are heavy, chug-driven metal songs primed for delivery in the arenas that Architects now call home. But both also wear vocalist Sam Carter’s pristine hooks and their synthetic elements proudly, revealing the textural approach that drives the album as a whole. “We’re using guitars as a colour,” Adam Christianson says.

“There’s a lot more melody, so you have to leave some space for that,” the guitarist adds. “You can’t have huge, busy riffs all the time. Also, when there’s more electronics, more instruments and sounds going on compared to a few albums ago, you don’t require as much from the guitar.”

Central to For Those That Wish To Exist is an increasingly prominent fascination with industrial music. Architects flirt with the genre’s forays into outright filth and decay while welding mechanised heft to their riffs and calling up synth swatches that are passingly similar to the ones Gary Numan passed along to Nine Inch Nails 30 odd years ago.

“With the riff on Animals we were really trying to go for this horrible industrial sound,” Middleton says. “The guitars are tracked normally, and then double tracked again. So there’s six tracks and two of them have got the cabinet section of the Kemper turned off. It just sounds like an amp direct into a desk, which is disgusting. But it gives the riff that abrasive sound. It’s not about anything being too perfect. We were viewing the guitars as if they were synths, making sounds that don’t sound like guitars.” 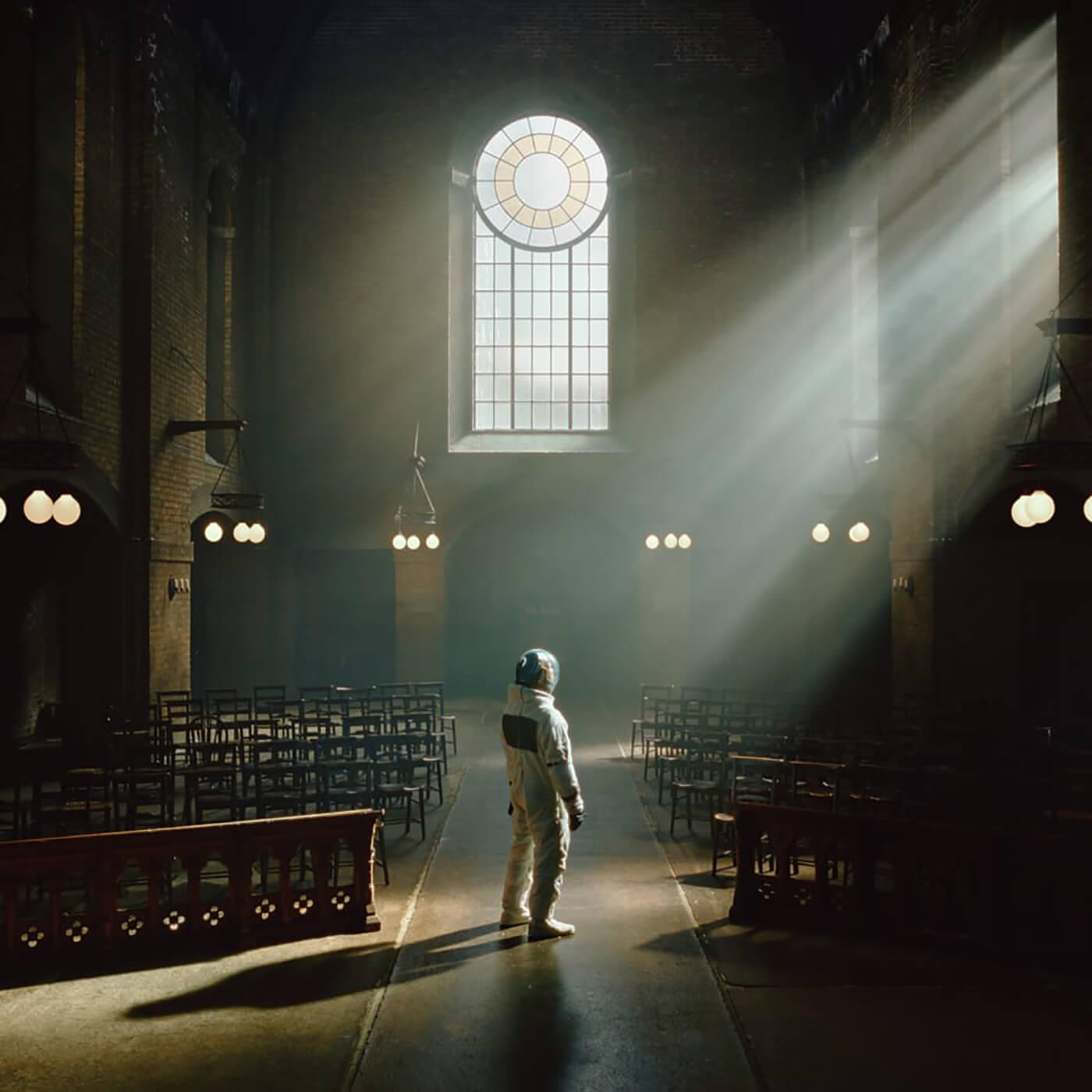 Middleton – who played his custom shop EverTune-loaded LTD model throughout – is on his second record with Architects, having stepped into the fray following the tragic death of founding guitarist and creative lynchpin Tom Searle from cancer in 2016. Alongside the band’s drummer, and Tom’s twin brother, Dan, he co-produced 2018’s Holy Hell, with the duo repeating the experiment on For Those That Wish To Exist.

“All of us have done enough records by this point to know what works for us and what doesn’t, and what we need help with and what we don’t,” he says. “I think we all work better when we can get our heads down and do it in our own spaces and not rely on anyone else.”

Christianson – who has a long association with LSL and his signature ‘Bari Bone’ baritone –sees it the same way from an artistic and practical standpoint. But the other side of the coin is that there’s no safety net here. For Those That Wish To Exist is going to be a divisive record, and there’s no-one else to point the finger at. “It depends on your experience level and your vision, right? Some bands, going into a record, may not be 100 per cent sure on what it’s supposed to be,” he observes.

As they describe it, Architects’ shifting priorities are very much a natural offshoot of their current collaborative mechanisms, and Christianson’s sure footing is perhaps a result of the fact that this is just how things have worked for a little while. The searing Discourse Is Dead dates back to Holy Hell, but it’s got each constituent element that defines For Those That Wish To Exist already in situ. It’s as though they are pulling at different threads in their makeup, their interest piqued by facets of previous work that perhaps stand at odds with their fans’ expectations.

“Dan writes a lot more now,” Middleton says. “He can play a bit of guitar but for the most part it’s programming stuff and writing synth parts. His writing meant there was a lot more of that coming through. As the process went further and further we got a better idea of what the album was turning into. There must have been 20 songs to pick from, and taking a step back at the end it was ‘where have we gone too far?’ and ‘what do we need more of?’”

With the COVID-19 pandemic coming into focus as they wrapped up writing, recording was necessarily dislocated. After playing their final show in support of Holy Hell in Australia early last year, Middleton flew home to his family as his bandmates sought somewhere quiet to get some ideas down.

“We were planning on staying in Australia to do some demoing and then the forest fires got more severe,” Christianson says. “We were a bit concerned about hanging around there for too long so we went to Bali. We were there for a couple of weeks working, and that’s when the bubbling of the pandemic was coming to the media.” Middleton is briefly taken aback by recalling the timeframe: “I didn’t see Dan for like nine months. We’ve written, recorded and mixed a record in that time.”

“Dan did the drums at Middle Farm in Totnes,” he recounts. “Sam recorded vocals in Brighton. Mixing was done by Zakk Cervini in LA. The whole process was spread out. But if I’m honest I don’t think it would have been that different had there not been a pandemic. I think we’ve realised we don’t do too well when we’re just in a studio for a month. It’s just not conducive to a good, healthy mental state. It’s nothing to do with each other, we spend so much time on tour and it’s fine, it’s just Groundhog Day. We did Holy Hell at Middle Farm, which is a lovely studio, but after a while we got really burnt out.”

Setting emotions aside and zooming out on Architects’ career as a whole – nine albums in 14 years, with each representing a refinement in one department or another – it’s hard not to see For Those That Wish To Exist as an evolutionary step that makes sense. Perhaps the key difference between this record and Holy Hell is that it isn’t anchored to the blistering heaviness that has always been there to ride roughshod over any ideas that the band’s face-melting days were behind them.

Here, the elegiac synth-pop of Flight Without Feathers pointedly exists next to Little Wonder, a collaboration with Royal Blood’s Mike Kerr that has enough pop nous about it to render the sequencing bold. Architects own it. Part of that equation can be traced back to the monster halls that they have graduated to playing in recent years.

Touring for Holy Hell began in earnest at Alexandra Palace in London and took them to Wembley Arena. Shows of that size change musicians, from musical priorities through to practicalities. “You can’t have super technical stuff in a cavernous space,” Christianson says. “It’ll just sound like mush. You could say you’ve simplified it, but you’ve also tuned the music to a place you’re going to be performing. Whether it’s conscious or not, there was probably an element of that.”

Middleton concurs. “Musically, it’s probably where things would have gone anyway,” he admits. “We’d already been playing arenas then and we were just like, ‘Well, if this is where the band is at then the music needs to fit these venues.’ You have to figure out what translates to live more. One of the only times it really came up when we spoke about playing live is the song Dead Butterflies, which Dan brought in. There was a riff in the middle section, and I think it went down to the low F♯.

“There are a few tunings that the band uses and that’s the lowest one, it’s almost an eight string tuning. I remember saying to him, ‘As much as I love it, and it’s a huge part of the band’s sound, there’s barely a note there on the bass, you can barely feel it.’ With that song I was just like, ‘Let’s just do it in drop B and change the riff.’ There are a lot more higher tunings but to me between C♯ and B you get that chestier punch from the low end, which is heavy in a different way. You feel it more.”

For Those That Wish To Exist is Architects moving on in real time. It’s big, bold, and sure to be a lightning rod. It’s honest, and that’s a dangerous game to play these days. “We’re thinking of ways to be really heavy, and have stuff sound big and powerful, but not in the most obvious metal way,” Middleton says.

Architects’ For Those That Wish To Exist is out on February 26 through Epitaph.