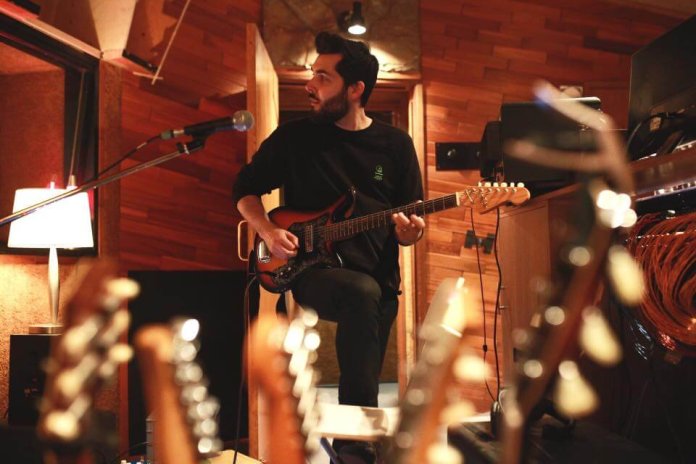 We first got a peak behind the curtain at Ariel Posen’s imminent solo record through his Summer release Fade back in August. His second single Things That I’ve Said once again features polished and precise guitar playing, before lifting into an exquisite slide solo full of spit and growl.

We speak to Ariel about the writing and recording process, along with a rundown of the equipment he favours in the studio.

Things That I’ve Said is the follow up to Fade. How do those songs differ?

Unlike Fade, Things that I’ve Said was one of the first batch of tunes written for this record. It’s truly the “rocker” on the record and one of the more harder-hitting songs. ‘Fade’ is a kind of anti-everything song in terms of the simplicity, song form and production. ‘Things That I’ve Said’ has a more standard song structure and arrangement. They definitely fall under the same song umbrella but are very different.

This song has a more aggressive/driving guitar tone throughout, is this an approach you’re carrying through the record?

The record has its fair share of aggressive/driving tones as well as really mellow and softer sounds. It’s a melting pot of tones! The record is neither one approach or the other. It’s just a mix of all types of moods and dynamics whilst having one collective sound. Each song carries a different mood and tone.

Can you talk us through the writing process of the song?

I wrote this tune with my pal, Dave Landreth. It focuses on a person who is clearly having a tough time and takin’ some blows. The main line in the chorus is basically saying that despite all the stuff that’s happened – this is also particularly focused on a failed relationship by the way – to not beat yourself up over it just because it’s not what you had originally set out for. I often start an idea with a melody or a chord progression, but this one started right away with the first line of the first verse and went from there!

What guitars were used during the recording process?

There are three main electric parts on the song. A left and right part and a centered/lead part.

The left and right parts are my Fender EJ Strat (The May You Never Strat) as I wanted that single coil/out of phase sound on the rhythm tracks. The centre/lead track is my Collings 360 LTM. The Collings is a low-tuned machine that gets really mean and aggressive, and that was the sound I was hearing in my head for this song.

I started the lead track initially on a Strat but it just wasn’t cutting it. I also tracked a couple of acoustics on this song. The main acoustic is a Morgan which belongs to Paul Yee, the engineer of the record, and a high-strung acoustic… I don’t remember what the brand was! Those guitars doubled is a pretty deadly combination. They make a lot of appearances on the record. 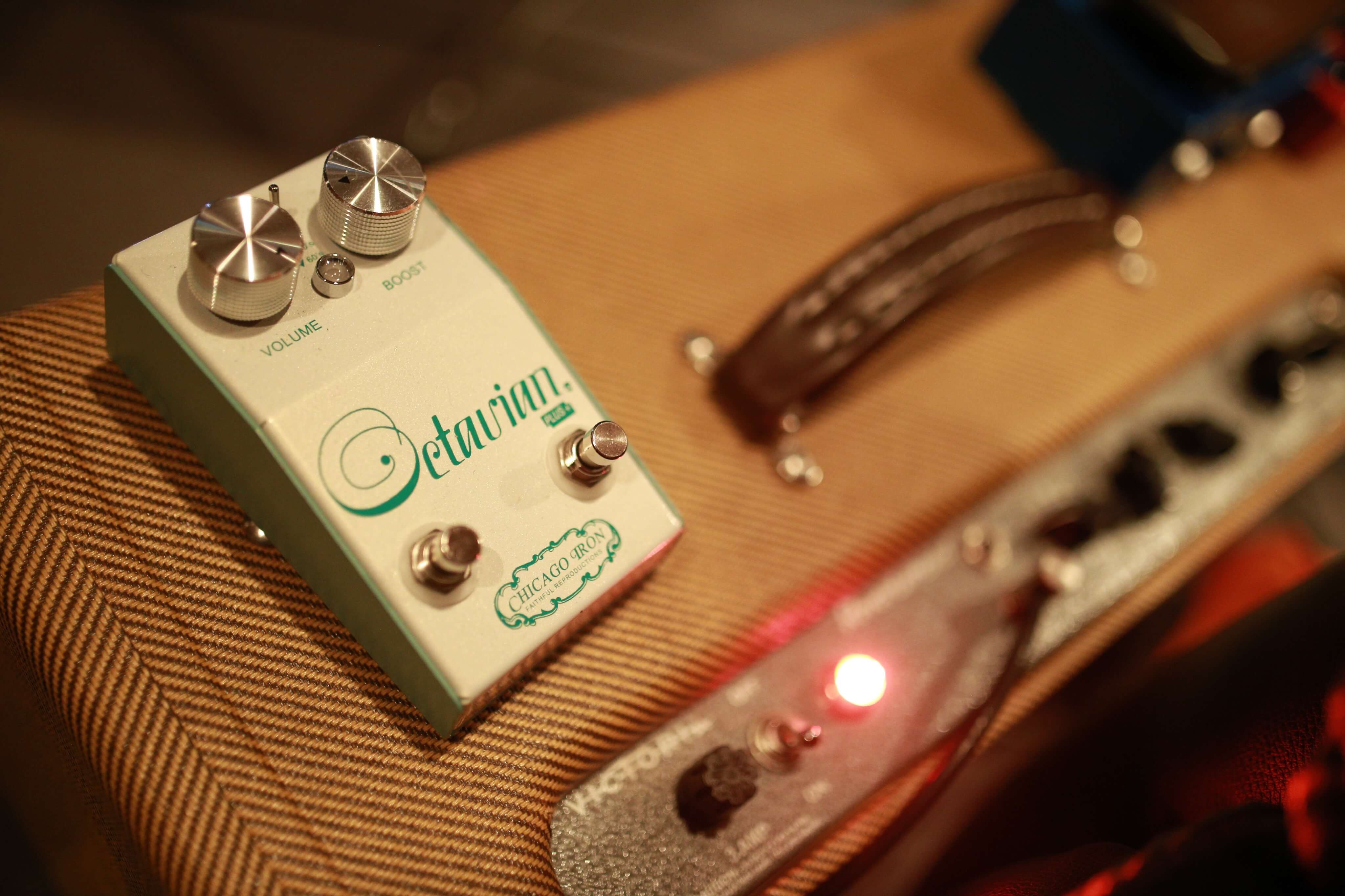 Does your choice of guitar influence the recording?

Each guitar has its own voice and a purpose for sure. I have my main guitars, but I am not the type of person who has a guitar that does it all. I just don’t believe in that. Certain guitars work better for a more mellow sound, some better for something more aggressive, and everywhere in between.

I love single coils and humbuckers, but most of the time I’m a low-output pickup guy. Something about the pickups having a lower output adds much more depth and clarity to the sound, and gives you a lot more headroom which I need when I play. At the end of the day, I’ve learnt that there’s never a wrong guitar for a part or a sound. Everything can work, it’s just the way to make it work for you.

What about amplifiers and pedals?

For this song I used my Two Rock Traditional Clean for the lead tracks. I used the King Tone Duellist Dual Overdrive for the main lead sound and then kicked on the King Tone Silicon Fuzz for the solo. The whole track is running through a Victoria Reverberato for spring reverb and harmonic tremolo, which are running on every single guitar track. We ran the solo section through a plate reverb in the studio too, which gives it a gigantic sound. For the two Strat rhythm sounds, alongside the Victoria Reverberato, I was running into my Benson Chimera and running the Hudson Broadcast, which is one of my favourite pedals.

Does your pedalboard influence the way you approach your guitar parts?

I don’t typically write songs or parts when I’m going through the pedalboard. I normally write with a guitar only and everything else comes afterwards. That being said, there are some absolutely amazing pedals I have and have used that have definitely inspired parts and themes for songs. If something cool hits me when I’m using pedals then great, if not, that’s fine too. I could probably get by without any pedals, but where is the fun in that?

Do you factor in live performances when choosing what equipment to use during recording sessions?

Not so much. If I did that I would probably put a lot of less work into the production side of things and the parts. I don’t want to ever feel limited in the studio or held back. Typically, I’ll spend a lot of time carving out proper parts and sounds, then when I start thinking about the live setting I take the most important parts and make them all one section. I did this for years as a sideman/hired gun for other artists because you’ll often be the only guitar player in the band and there’s 5 different parts on a record. I definitely do the same thing for my own stuff, but there are no limits when recording though!

Do you also think about how songs will transfer to live performances when recording them?

Definitely. I want to make sure that what I’m recording is something that will come off appropriately live. Recording music is special in itself but getting to perform for an audience is a whole other level for me. I definitely don’t want to record something that can’t be performed live or shouldn’t be performed live. There are also times where things change from a recording to a live setting to be more appropriate. That could be a groove thing or a texture thing, or even something vocally. It all comes down to what is serving the song the best in the right scenario.