“My rudimentary guitar knowledge has helped me write songs people can relate to”: Awolnation’s Aaron Bruno

As the electro-rockers return with new album, Angel Miners & The Lightning Riders, frontman Aaron Bruno on how he’s learned to appreciate organic sounds, and how writing the album helped him process loss. 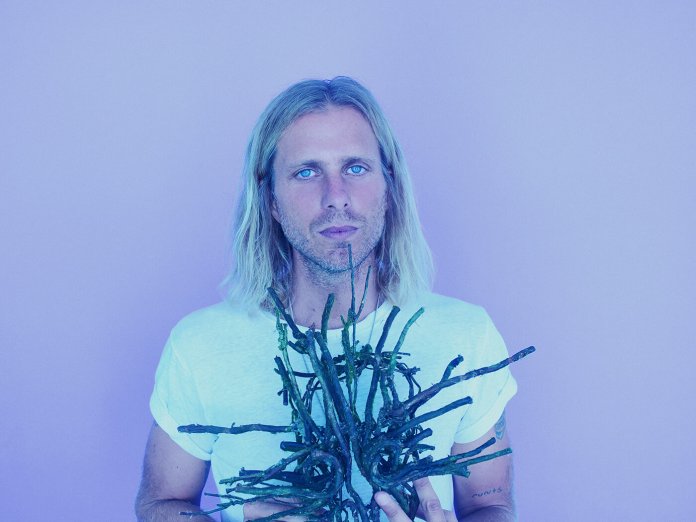 Since their debut single Sail became a global hit in 2011 – earning six-time platinum status in their home country – US rockers Awolnation have been gradually stripping back the processed beats and electronic sounds that defined their best-selling debut, and focusing instead on something more organic.

Fruits of this quest could be found in 2016’s Here Come The Runts, and equally so in brand new album, Angel Miners & The Lightning Riders. We spoke to frontman Aaron Bruno about embracing the guitar and why his rudimentary chops have helped make the band’s music more accessible.

Angel Miners & The Lightning Riders is in the can now, how do you feel about it now it’s finished?

“I love it and I hope other people share the same kind of enthusiasm for it as I do. It’s hard for me to promote or tell people what they should like, a new album more than someone else’s. All I can say is that it feels like a very precise and concentrated message and story for people to hopefully gravitate towards.”

What are your highlights from the record?

“I’d say my favourite two songs would be Slam (Angel Miners) – that song sort of represents the heartbeat of the lyrical content and the feeling of the album. It’s about beating evil and trying to put a face on why some things are going bad – it could be a disease or natural disasters. A lot of times all we want is to point a finger, and I decided to create these fictitious characters to represent both sides of things – and the ‘Angel Miners’ are the evil ones causing all this stuff.

“The other song would be Lightning Riders, which introduces the beings who are supposed to combat the Angel Miners, the Lightning Riders. It’s a whole fun comic book sort of thing, which I created to help me deal with what I was going through when I was making the record. My studio burned to the ground because of the Woolsey fire in Malibu [in 2019] – and I’d built only a year before that. It was devastating for me, because it was the studio I always dreamed of building and I finally completed it, made the record before this one there and then it burned…

“My house survived though, so I didn’t want to be too upset, especially because so many people lost their homes and that’s a bigger pill to swallow than losing a studio. I feel extremely humble and grateful that I was spared that, and so as a result I was able to do this record inside my home and I think because of that I was able to concentrate, focus and be really inspired and make the best I was capable of.”

It seems that you have embraced guitar more on this album…

“The prior record had quite a bit of guitar, too, but it’s the first instrument I learned, so any time I get back to the core of writing a song I always pick up the guitar. Guitar is the instrument that I learned all the basic chords on and how to write a song, but by no means I’m someone who can shred a guitar solo, or use that as a way to impress people!

“In fact I think that my rudimentary knowledge of guitar has helped me to write songs that maybe are a little more basic and that people can relate to and that’s been sort of a blessing in disguise as time goes on.”

This is possibly my favorite guitar part of the album. I’m lucky to have this vid haha.

How do you tend to write songs these days?

“It can go any different way, sometimes a song idea would come from a melody first and then I pick up the guitar and figure out what chords work best under that melody. What’s beautiful about the guitar or really any instrument, I should say is that there are multiple ways of playing chords under a melody, you can play major or minor chords, or different versions of each chord and it is a really fun thing to figure out, what kind of color goes with the melody and the guitar.

“Melody comes first and what you put around that is very important, but the melody leads the way and the other instruments are like the soldiers that go along.”

When did it all start for you in terms of guitar?

“I must have been at around seven or eight, my dad taught me how to play some classical guitar with some fingerpicking and some strumming and rhythm with Latin feeling and that was really exciting to me, because he was pretty good at creating percussion with his guitar while he was strumming along. I never got great at it but it was inspiring to hear him, it was a pretty cool flavor I was introduced to at a very young age. We would play together as father and son.

“Then I realised I could play Iron Man by Black Sabbath, and then Nirvana came along and changed everything for me. I learned all those songs just by hearing them – probably played them very incorrectly, by the way – but I never took it too seriously because I always thought I’d never be a great guitar player.” 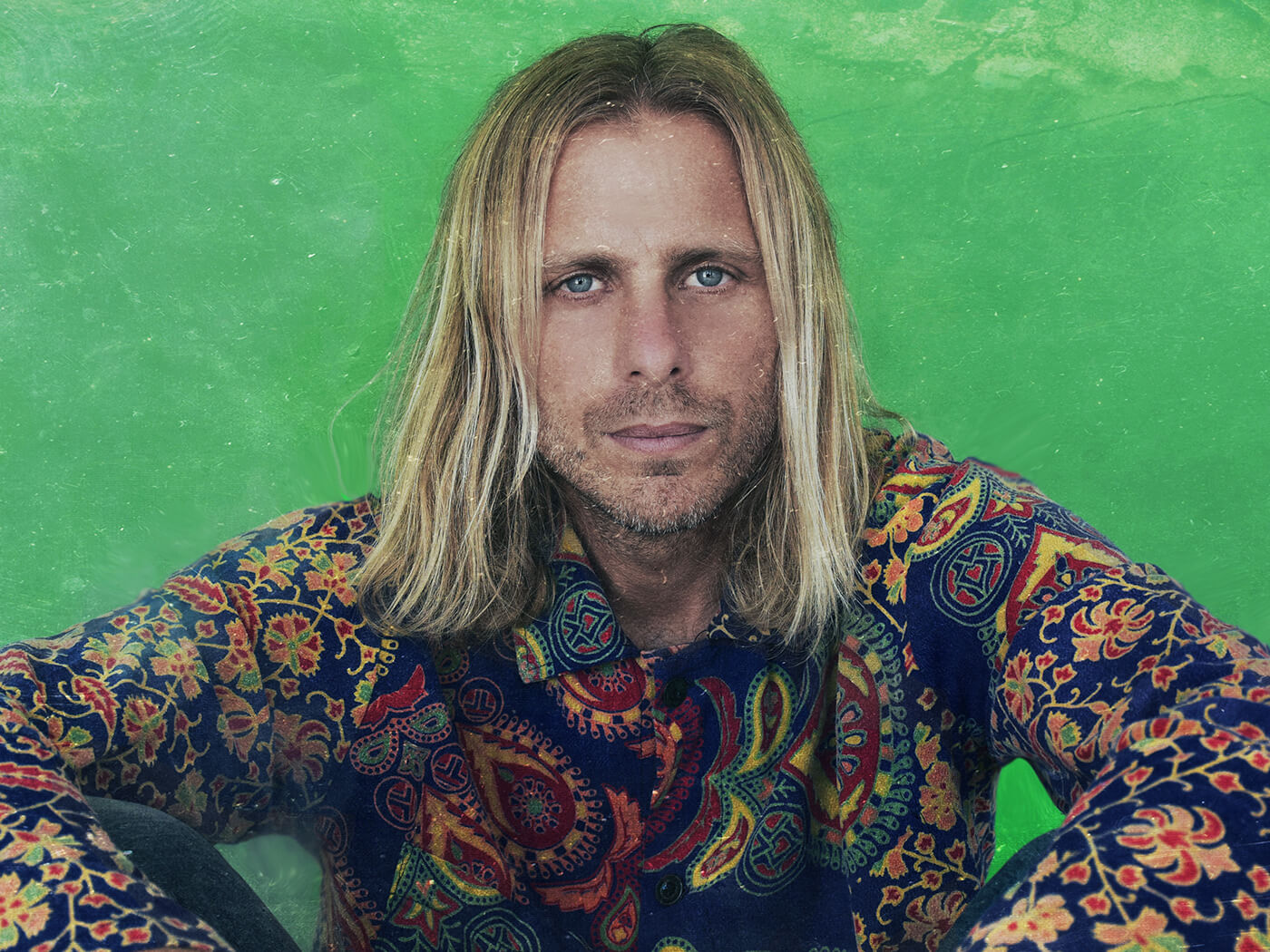 What was your first guitar?

“It was a Gibson SG and it was loaned to me by my cousin, I believe he was the Gibson guitar representative at the time in that local are. He brought over a blue SG and loaned it to us for a little bit to see if we were interested. I remember opening it up and I’ll never forget how cool it looked, it looked like Star Wars – like what a Stormtrooper would play! The SG is still my electric guitar of choice to this day.”

What about other gear?

“I don’t have one favourite amp at all, or a specific guitar ‘sound’ – I love to try to create a brand-new tone if I can or something I haven’t necessarily heard before. I’m such a basic guitar player, I love single-note riffs that are easy for me to play and I’m able to use production with the way I record with my engineer to make these guitars sound like a wall of power. I’d say that an example for that would be the song Run from my second record when the guitars kick in, it’s a simple single note riff that sounds massive and it’s fun to play.

“Guitar-wise, I always play Gibson, either an ES or a SG, but my guitar player Zach [Irons] who is a way better guitarist than me, he loves playing Fender Stratocasters. The way he plays a Strat sounds great over my warmer sounding Gibson, so it’s a nice blend in a lot of ways.”

You’ve spent a decade blending guitars with electronic music, what do you think the future holds for the instrument?

“I think that since everybody is becoming better at recording themselves and guitars are becoming less and less used, I don’t want to say it’s dying, but it’s definitely not as common in popular music as it was before, especially in pop music. There’s going to be a return of appreciation for people who can really play and that’s why I’m so grateful to have such an amazing guitar player in my group, Zach. Just like everything else, there are different seasons and guitar will come back around and before you know it, hopefully rock and roll will be back in pop culture again.

“I just want to say to anyone reading this that if guitar isn’t easy for you but you love it, it still can be very creative and interesting and you can play your guitar in a fresh way and it could be very cool.”