Atop a rhythmic, twangy bass, Bodega frontman Ben Hozie half spits a litany of accusations against the city that’s making him “bitter, harder, fatter, stressed out”. The hungry, fast-paced metropolis is made for doers, entrepreneurs, a faceless mass of hustling, sweet talkin’, ambitious nobodies.

Bodega emerged from once-boho Brooklyn with their 2018 debut LP Endless Scroll, which caught the attention of Pitchfork, NME, and The Guardian and others. A year later, the band satiated avaricious fans with EP Shiny New Model. But there’s more balance on Broken Equipment than on those records.

“Maybe as I mature I’ll be able to write from a place where I’m not cynical,” Hozie tells us. “But for now, why I write from the point of view I do is because I’m a hopeful person… The most cynical bands are the most cheery – there’s a corniness to that.

“Half the record is social critique and the other half is writing about personal things, like my mum, [bandmate and girlfriend] Nikki, my ex-girlfriend, and saying I’m grateful for them in my life and they’re an essential part of me.”

Like a punch delivered with a velvet glove, Bodega have couched a post-colonialist, anti-capitalist two-finger salute in pendulum-hipped, head-nodding beats that should sound familiar to the New York crowd that embraced Yeah Yeah Yeahs, Liars, and LCD Soundsystem. It’s easy to imagine Hozie – an indie film-maker in times past – convincing his troupe to drop out of Contemporary Art Theory 101 to go smoke behind the bike sheds. Nikki Belfiglio, meanwhile, is more than apt as his duelling vocal partner. 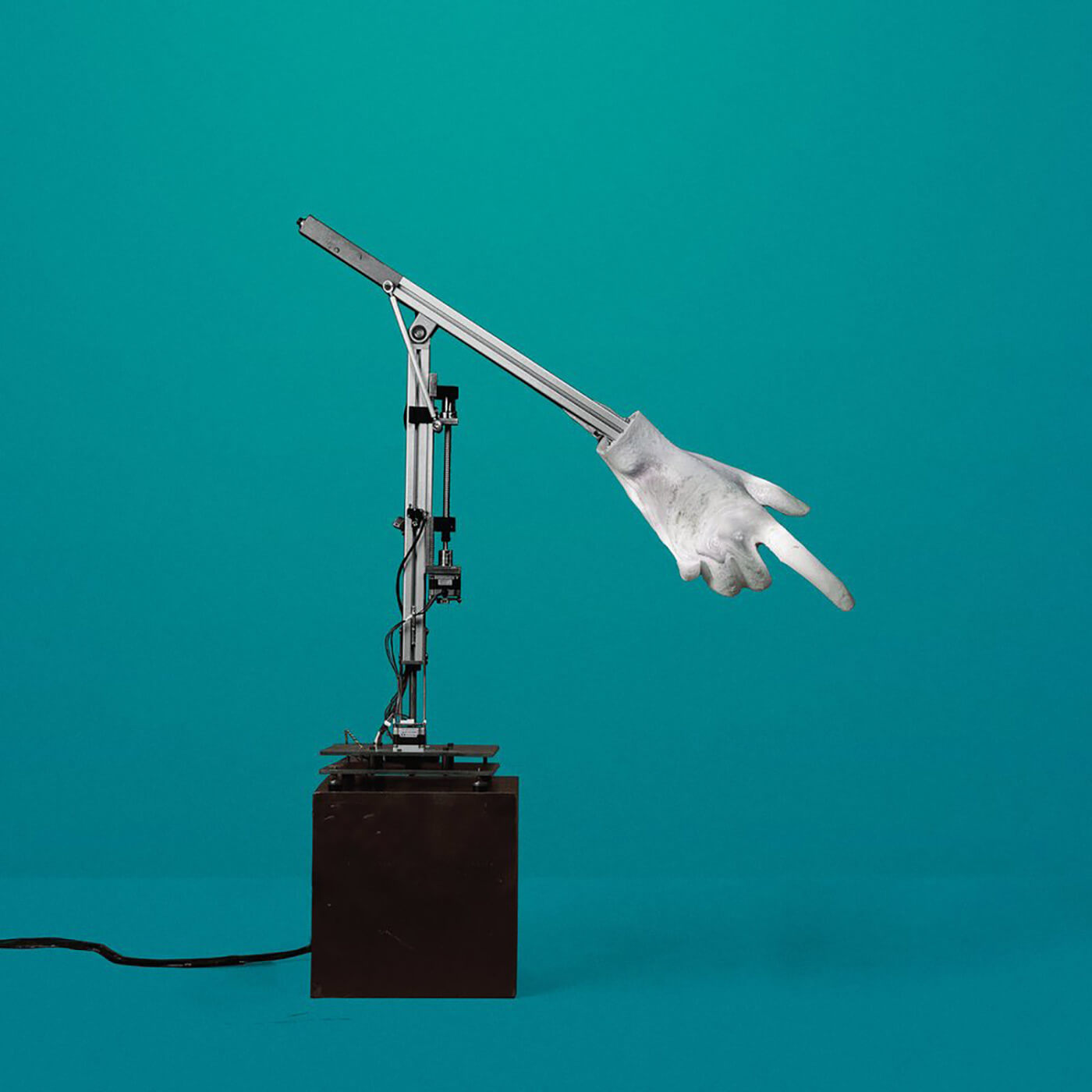 We’re speaking to Hozie from the Ridgewood home that he shares with Belfiglio. “It’s technically Queens,” he says, “but I could throw a rock into Brooklyn”. The duo were both members of Bodega Bay, until Hozie fell for Belfiglio and sold her on the idea that they should start a band centred around the two of them. They founded Bodega in 2016, became a couple and moved in together shortly after. They’ve been music and films together ever since.

“I’m not good at multi-tasking,” says Hozie. “My one gift is also my curse: I have an extremely one-track mind. I can work on one line in a song for eight hours and be happy but if I have to do one other thing it will ruin my whole day.”

Bodega’s ace is Baltimore-based guitar maestro Daniel Ryan. “Our secret weapon on this record is Dan,” Hozie says. “This is his first time recording with us, although he’s been in the band a long time, doing a bunch of tours with us from 2019. Lately I’ve been driving down to Baltimore to write with him. I bring him finished songs – the words and structure are done, the chords are there but I don’t know how the guitar should go, and I never know what the guitar will do until I work it out with Dan.”

Ryan used an Ernie Ball Music Man Silhouette Special for the majority of the record. “One of my Frocks also made it onto a few tracks,” Ryan elaborates. “I play through a Fender Hot Rod Deluxe with a Celestion, and I have the Fractal Ax8.

“A lot of the record has pre-bent powerchords to sound like an open string being struck too hard. Lots of playing lead lines within a chord or playing lead lines within a chord and open strings. Lots of angularity in the leads, playing the same line an octave away. A major tone highlight on this album is the slapback delay on the guitar tone, with one too many repetitions and a little too fast. Ben called it the ‘insectoid’ sound. That can be heard on Thrown, Territorial Call of the Female, No Blade of Grass, and B-side Top Hat No Rabbit.”

“Dan just has a really great melodic sensibility,” says Hozie. “He’s kind of a guitar virtuoso. It’s amazing to play with someone that good.”

Adam See and Tai Lee tackle the bass and percussion, respectively, keeping the rhythms pulsing and momentum thrumming throughout Broken Equipment. Across the album you’ll hear tinkering percussive interludes and primitive flute, alongside the more expected soft-thudding drums and hazy, spangled guitar. There’s also the brassy power-punk of How Can I Help Ya?, plus Ryan’s snaking leads on All Past Lovers.

Now more melodic, Hozie’s vocals have evolved from the spittle-inflected shouting showcased on Endless Scroll. That development is epitomised in the sweetly strummed, slightly off-key folk ballad After Jane. An ode to Hozie’s mother, it takes its twangy, lead-guitar vibe from Lou Reed’s 1972 paean to the rock ’n’ roll life, Sweet Jane.

“Jane is my mum’s name,” says Hozie. “The Jane I had in mind is from The Clientele song Reflections After Jane. My mum has passed away, so it’s After Jane, and it’s the sense that I’m after her, trying to reach her. I’m talking to some of her addictions too.” Like New York’s ubiquitous street-corner bodegas, Broken Equipment is a treasure trove, packed with musical ideas and able to provide whatever you need and whatever you want.

Broken Equipment is out now via What’s Your Rupture?