Bossk’s Alex Hamilton on the joys of riffs, Matamps and tuning to double-drop F#

The post-sludge guitarist also hints at what’s to come with the follow-up to Bossk’s excellent Migration.

There are many UK bands making heavy, progressive, slightly uncategorisable music. If you want a great example of the scene’s appeal, clear 40 minutes of your day and whack on Bossk’s 2021 release Migration, preferably at an unsociable volume. That’ll be quicker than us banging on about how it’s an excellent synthesis of all things ‘post-’ and all things ‘metal’ without getting bogged down in the tropes of either genre.

What Bossk draw from the metal side of things is a strong appreciation for the riff. The phrase “hail the riff” being plastered across most of their merch is one clue, but if you’ve done your homework from the opening paragraph, it’ll have been hard to miss the fact that hefty chugging on down-tuned guitars is the most important tool in the band’s musical belt. We caught up with guitarist Alex Hamilton to find out more about the band’s pummelling riffs, tuning a Les Paul to double-drop F, and their upcoming release that’s packed with collaborations.

In 2022, start a band under the ‘post-’ umbrella rock elements and you’re met with an abundance of inspiration, with countless underground scenes and well-established greats still going strong after more than two decades. But when Bossk started out, Alex tells us, it wasn’t so: “It was about 2002, 2003, so postrock wasn’t this big, fully fledged genre it is now – we were just getting titbits of these bands here and there, that weren’t the traditional metal or the traditional clean stuff. Things like Cult Of Luna and so-on. And It all really resonated with all of us. So we started trying to make those kinds of songs: heavy, light, screaming, with a real dynamic boost.”

Initially, Bossk tourned heavily and cemented themselves within this burgeoning post-metal world by doing so: alongside names like Cult Of Luna, Yndi Halda, Baroness and The Ocean. They had an intense schedule – and so in 2008, Alex says, “things kind of came to a head: we needed a break from touring so heavily after a while. In our early incarnation we toured very heavily. So we took a couple of years off. And then since we’ve come back, we’ve done the two full length albums, Audio Noir and Migration. We’re about to drop another release, too, just coming around the corner. So we had kind of given up on it at one point – now all of us are really, really very grateful to have it back. 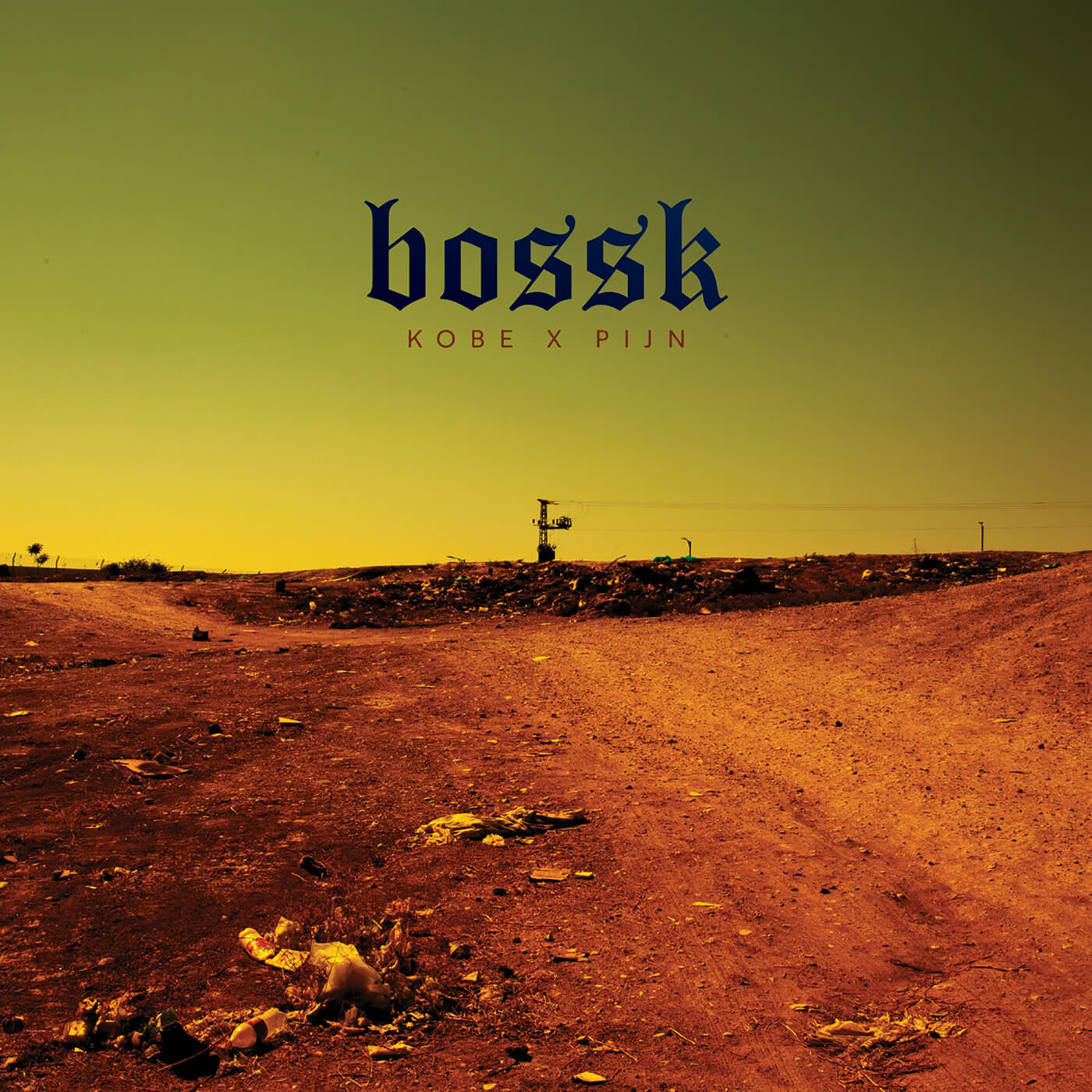 That follow-up to Migration is packed with “some reworked songs, old ones that have been finally finished and a lot of collaborations with other people,” Alex teases “We’ve got some really cool collaborations on there, some with people you wouldn’t might not expect, hopefully, draw attention to other people’s stuff as well. A lot of how it turned out was really surprising, too – it’s good to listen to your own stuff reinterpreted.

The first tease of the new release was a rework of their old track Kobe, in collaboration with fellow UK post-metallers Pijn. It seems that working with them was always going to happen: “We’ve known those guys for a bunch of years, played around the same shows and festivals with them. We’re friends and respect each other’s perspectives. And we saw them a couple of ArcTanGents ago, just when they started using their strings – and it really brought a fantastic element to it, and Joe [Clayton, guitar and vocals in Pijn] has got a very good ear for these things, he’s an excellent musician. Him and our singer Tom came up with this scheme and we went from there.”

The addition of Pijn’s varied textures – string instruments and all – is just one way in which Bossk are adding new textures to their sound, alongside various explorations into synthesiser parts. But for them it’s not just studio trickery: “we also felt it’s necessary to try to incorporate the extra sounds into the live set, too – we’ve always liked the idea of making everything fully playable live, even the ambient stuff.”

And alongside this, they didn’t want to just slather the music in ambient washes like so much sonic ketchup. “Once you’ve got that element in there, then it’s just another paintbrush to use. It’s important not to go over the top on it – it’s easy to put synth parts everywhere, you know, use loads of generic space sounds – we didn’t really want to do that, we wanted to use everything sparsely.”

“Sparse” is perhaps not the word that comes to mind when you take a look at the band’s pedal setups:

Despite this, Alex tells us, their current ‘boards are actually downsized. “The boards are small now compared to what they used to be when we started! We used to have huge custom ones with vast amounts of unnecessary pedals. Now we like to think we’re actually a bit sort of dialled back, we’ve got sort of what we very much need.”

As to what that actually is, Alex tells us: “mine and [co-guitarist] Rob’s boards are quite different – he does a lot of modulated clean textures, so he’s got a lot of pitch-shifters on there. But we both use a lot of delay, Rob’s got the new Boss one while I’m still a fan of the old DL-4s, the Line 6 jobs. Don’t think I’ll ever get over that – it’s just easy, sounds good, and mine seems unbreakable. And then we have various gain stages – we use ABY splitters, I like to have an extra amp just for the kick of a super-heavy bit. Rob ABYs a clean and a distorted amp”

“I tend to stack a lot of pedals, I like to have a boost rather than an EQ at the start – I have an EQD Black Eye, just a simple one-knob boost, then a pretty harsh distortion and a thicker fuzz. And you can combine the three gain stages for various levels of heavy – I like to keep my sound pretty heavy throughout, but pedals are great for adding a lot of dynamics to the heaviness. Pedals are a never-ending game, really.”

Alex’s big board is running into an amp setup no less superfluous. “We’re both using Matamps, we’ve been using them for quite a while now,” he says. “I’ve had mine for about nine years, Rob got his not long afterwards. We used to have Sunns and Oranges and Marshalls, but I just really love the Matamp sound. It doesn’t have to be the classic one that everyone associates with them, the big stonery doom one – that’s not what we go for. I just really love that tight, precise drive you can get from them. They have a certain voice that I don’t think you can get from anything else.”

“Some of my favourite tones ever are things like Dimebag’s tone or the Faith No More tone – that biting thing, with more midrange presence. That’s where I like my amp to sit, a little gain on the Matamp goes a long way so it’s normally there with the gain on two or three. And for a cleaner sound I roll back the volume on my Les Paul, and use my second amp, an old solid-state Peavey.”

“But, basically, I don’t think I can harp on about Matamps enough,” Alex says. They’ve managed to – at least in the area of amps – managed to quash his gear acquisition syndrome. “As a guitarist, you’re constantly on that trail – buying new stuff, getting rid of things, wanting something else. After the Matamp I haven’t felt the need to buy another amp.”

When you’re in a a band that’s making as much noise as Bossk, cutting through is essential. “You run a big risk of bogging down that heavy sound,” Alex says. “We’re tuned very low, down to F♯, F♯ B on the lowest three strings most of our set. Without a lot of cut to it, you wouldn’t be able to hear the riffs, it just sounds very baggy.”

If you’re wondering how the hell you tune a 24.75-inch-scale Les Paul down to 10 semitones below standard, at this point, so are we. “There is a way,” Alex says, cautiously. “Rob does it far better than I do – he’s a fan of longer-scale guitars, Fender Jazzmasters and the like, at the moment he’s got a Peavey T60. He gets his guitars set up and uses 13-68 strings, the thickest you can get away with really. And if the setup is right they do hold tuning. But he’s always at the tighter end of that sort of thing, whereas personally I want my strings to be a little feel-y, suck up a little bit of that tightness. So I use 12-68s, or 12-62s, and it holds it pretty well.”

“For recording, it helps to have a really good setup and maybe use a longer-scale guitar – as the pitch-bend when you hit a string is really noticeable. It’s less of a problem live, as there’s so much noise going on.” We’re curious if Alex had ever felt the pull of the longer-scale six-strings that are all the rage right now. “I tried a baritone,” he tells us. “I just didn’t like the feel of it.”

We were lucky enough to catch Bossk at ArcTanGent, a festival that does an excellent job of showcasing the kind of underground post-metal Bossk were born out of. Talking to Alex about the festival, his enthusiasm for the scene is clear – he singles out DVNE as a particular example of a newer band that are pushing the post-metal envelope even further. The festival and scene it represents harkened back to the time when Bossk were seeing and touring with their own inspirations right at the start. “There was just a really good pool of music, seeing Torche, Baroness, ISIS, people like that, on bills right next to each other, sharing tours all the time and so on – it was just excellent.”

Words like ‘new’ get thrown around a lot when talking about this kind of music “But in some ways, it starts reminding you that the more you listen to your Zeppelins and stuff – I was really young when I had that video of them at Madison Square Garden – you realise that some of this stuff isn’t that new,” Alex argues. “It’s gotten a little bit heavier and the gear’s better. And it’s a bigger world, even more genre crossovers, and bands doing this and that – it’s just grown to be incredibly interesting.”