“I pick up my guitar and wait for the download”: Bre Kennedy on waiting for inspiration while putting in the work

Singer-songwriter Bre Kennedy talks about creating her debut album, growing up with guitars, and making pop music in Nashville. 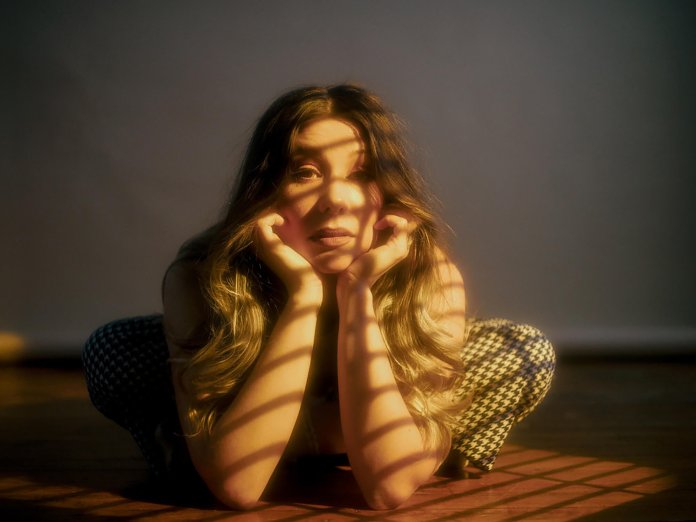 Bre Kennedy is set to be a household name for all the right reasons. The pop-folk artist with excellent songwriting skills and a great heart, but it’s more than southern charm that draws you into her halo. Bre was born in Salt Lake City and moved to Southern California with family during her formative years. Her father was a blues-rock guy who always had Heart, Jimi Hendrix, and Stevie Ray Vaughan on the stereo, so in typical rebellious teenage style, Bre picked up an acoustic instead at the age of 15.

Her desire to make music was driven by, as she puts it, “a deep need to connect with people.” She felt compelled explore the hard truths and heartbreaks that are a feature of young adulthood, and when writing stories about these feelings created impactful songs, everything changed. In February of 2015, she packed her Nissan X and moved to Nashville.

We met Bre at her favourite guitar shop in the city – Fanny’s House of Music, Nashville’s only female owned and operated music store. The shop is well stocked with vintage instruments, including an impressive selection of golden era catalogue guitars, including Kays, Silvertones, Harmonys, as well as more modern off-beat fare from Eastwood and Danelectro.

Bre picks up a Guild from the wall and invites us to listen to her song Note to Self from her album of the same name on Fanny’s porch. The song is full of, “radical responsibility where only I can decide how much of the outside world I’ll let in or hurt me, I run this ship internally.” She looks at the beautiful mistakes like glitter on the dance floor through the eyes of a child. Starting the album during quarantine was a difficult pivot, packed with working from home and sending audio files to producers.

Recalling the milestones of the past decade she realises that “I never perpetually feel like I’m not making progress” even ten years ago, “the younger me would’ve thought where I am now is really amazing.” Bre reflects that the start of the project began with a “totally blank canvas, then we created an art deco amalgamation of every feeling during that time. I didn’t want my first album to come out and be made during a global pandemic… it wasn’t a normal way of recording, I probably won’t make an album like that ever again.”

Bre is a writer for whom inspiration comes in waves, but requires patience. “I’ll start painting it over time,” she explains, but sometimes it needs a little nudge. “When I’m by myself in my kitchen and I pick up my guitar, I really like to strum and see what the sound makes me feel, and I’ll wait for the download,” she adds.

When a song comes to light the reason usually stems from “showing up and be ready to catch the idea.” There’s her input and output mode approach to life in times when you have to “live life take it in” in order to figure out what you need to write followed by the “magic that comes out after you put in the work.” 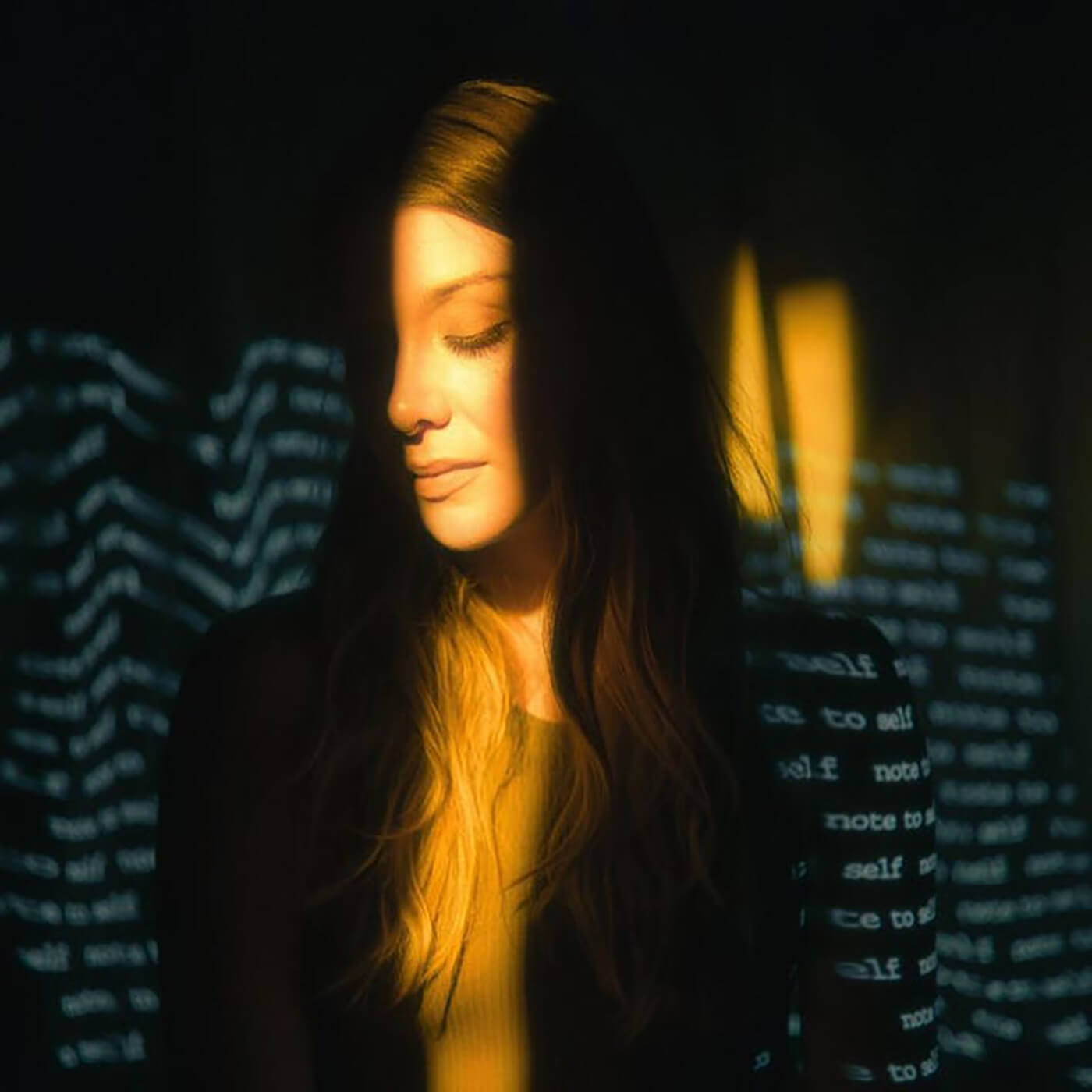 The process of curating the album’s tracklist occurred during a special moment she shared with a close friend. While concerts were shut down, Bre and her friend sat in an empty Jacksonville Theater. It was a stressful time and she was faced with the final stages of album preparation. The solution was a bottle of wine and Jacksonville’s sound system.

“I’m a big advocate for making sure that you basically can run what you’re putting out and be in charge of it,” she explains – and with the help of the theatre’s sound system, she worked out a tracklist she could stand by.

As with any artist, Kennedy’s connection to her material is profound, but with an added depth that comes from the fact that the album was about connecting with her inner child, creating what is in effect, “A time capsule of light from a dark time” she explains. “All this time that I spent by myself as I unpacked my twenties, into the next phase of life”

While working on Note to Self Bre picked up rollerblading, adding Ethan Gruska’s latest album as the soundtrack of choice in her headphones. 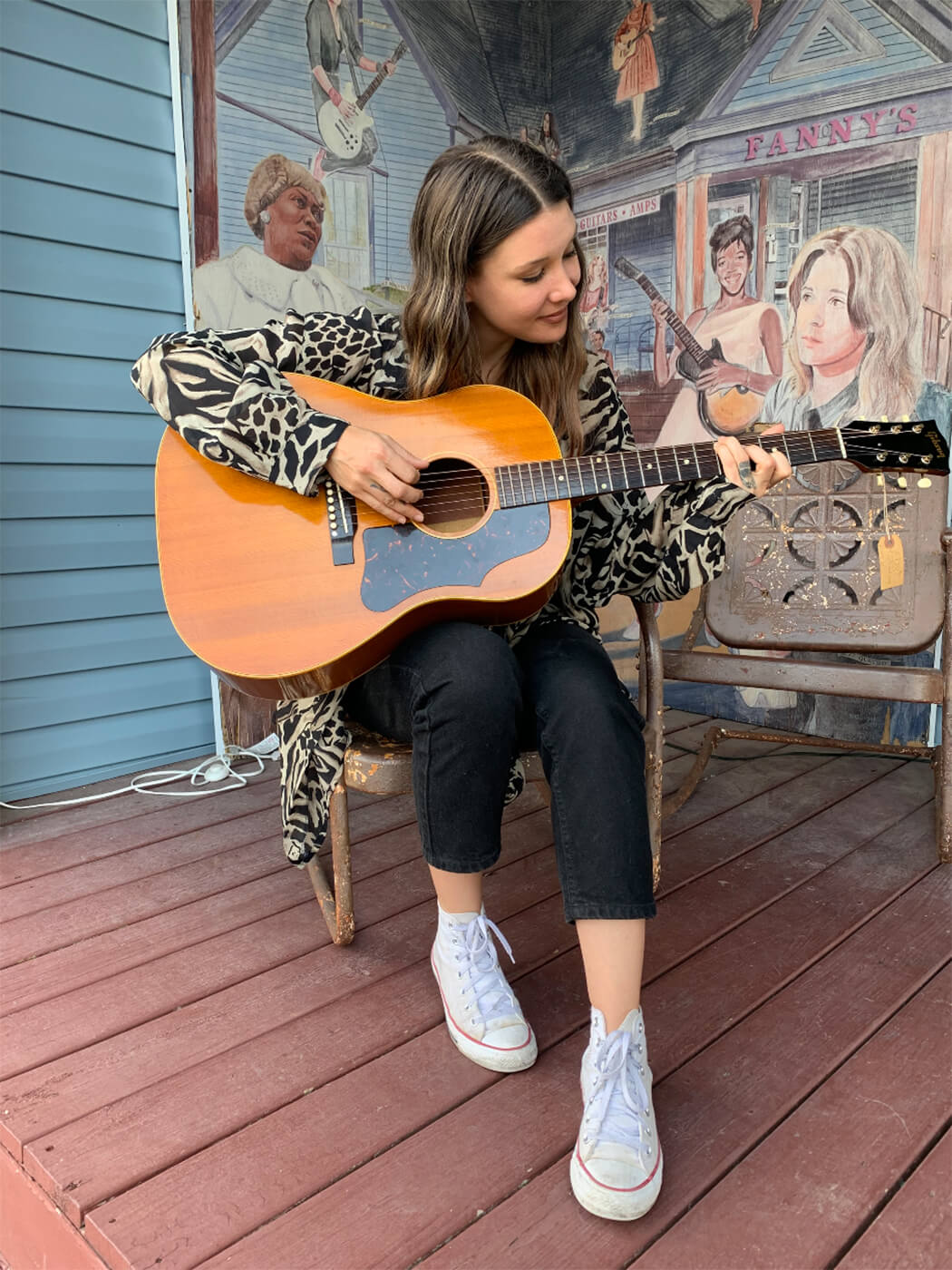 “I love what he does with the acoustic guitar,” says Bre. “Processing it, putting it through a tape machine, stretching it, slowing it down… I’ve always been drawn to guitar playing that sounds like it has a specific fingerprint to it.”

Collaborative songwriting is a huge part of the Nashville creative scenem and Bre has been writing with others for almost 10 years, including writing songs with Nina Nesbitt, Echosmith, Joy Oladokun, and GAYLE. Bre co-writes by starting a conversation with her collaborator to see what phrases or colorful ideas stand out. When she writes on her own, she waits for the “download” or processing of ideas to come together and formulate into lyrics while playing chords or melodies.

Her favourite guitar would have to be Honey, a 1967 Gibson B-25N, which she received as a gift when she went on a writing retreat with Matt Lovell during a visit to Tim Jackon’s house. They had dinner with his wife and Jackson gave a breathtaking performance of Tupelo Honey to them. When they left, Tim stopped Bre and handed her the guitar. She was shocked and offered to pay for it, but Jackson insisted that it was all hers. She took the guitar back home to Nashville and wrote the song Words on it – and every song she’s written since.

Like most musicians, Bre was away from the stage for some time thanks to the pandemic, something that cut the guitarist deeper because her “favourite thing in the world is playing live.” So her excitement at getting back and playing in front of people in her home town is palpable. As we chat, a tornado siren goes off, reminding us of the devastating tornado that tore through East Nashville last year. Basement East, where Bre will play a hometown show in November, was one of the buildings that was destroyed by the tornado, but as Bre reminds us, hundreds of local people came together to get the help rebuild.

It’s a reminder that, “everyone’s going through something all the time,” she reflects. “The medium that everybody can exist in is where one song is being played… that’s the great equaliser, a song.”

That’s exactly what Nashville did for Bre. It took her hardships from the last decade and built a space for its next rising star to shine brighter than ever before. With songs and a voice that builds comfort and a home for her listeners, Bre continues to do the same on Note to Self.

Note to Self is out now.