Why Brent Cobb returned home to Georgia for his latest album

After a decade working on Nashville’s Music Row, Cobb decided to head back to Georgia to pen Keep ’Em On They Toes. Here the Grammy-nominated guitarist tells us about the inescapable draw of home.

Brent Cobb is glad to be home. When he appears on our Transatlantic video call, the Cobb County Georgia native is the picture of bucolic contentment, reclined in his favourite chair on the white wooden porch of his house on the shore of Lake Blackshear. A Gibson L-00 rests across his lap, his left hand curled in readiness around its neck.

He’s back in Georgia after a decade working on Nashville’s Music Row, and the slow musical rhythm of Southern life is all over Keep ’Em On They Toes, his first album since migrating back from Tennessee.

It’s a record about the simple things in life; home, family and the desire to disembark from the wild ride that has been 2020 and find tranquillity. In the week before our interview, Georgia has been in the eye of the storm, one of the final swing states to declare in the viciously contested US election. For a while, things turned nasty, and Cobb sees his new record as an antidote to all that discord.

“I feel like there’s been so much noise for so long that we need something a little quieter right now, something gentler,” he says. “It feels like this album is that reassuring conversation you have with someone you trust who tells you, ‘We’re going to get through all this shit, we’re going to sit on this back porch and listen to the crickets and take it as easy as we can, even if it’s just for the evening’.

“Even before this year, that’s the way I wanted this album to feel, and now it feels even sweeter to have been part of creating it.” 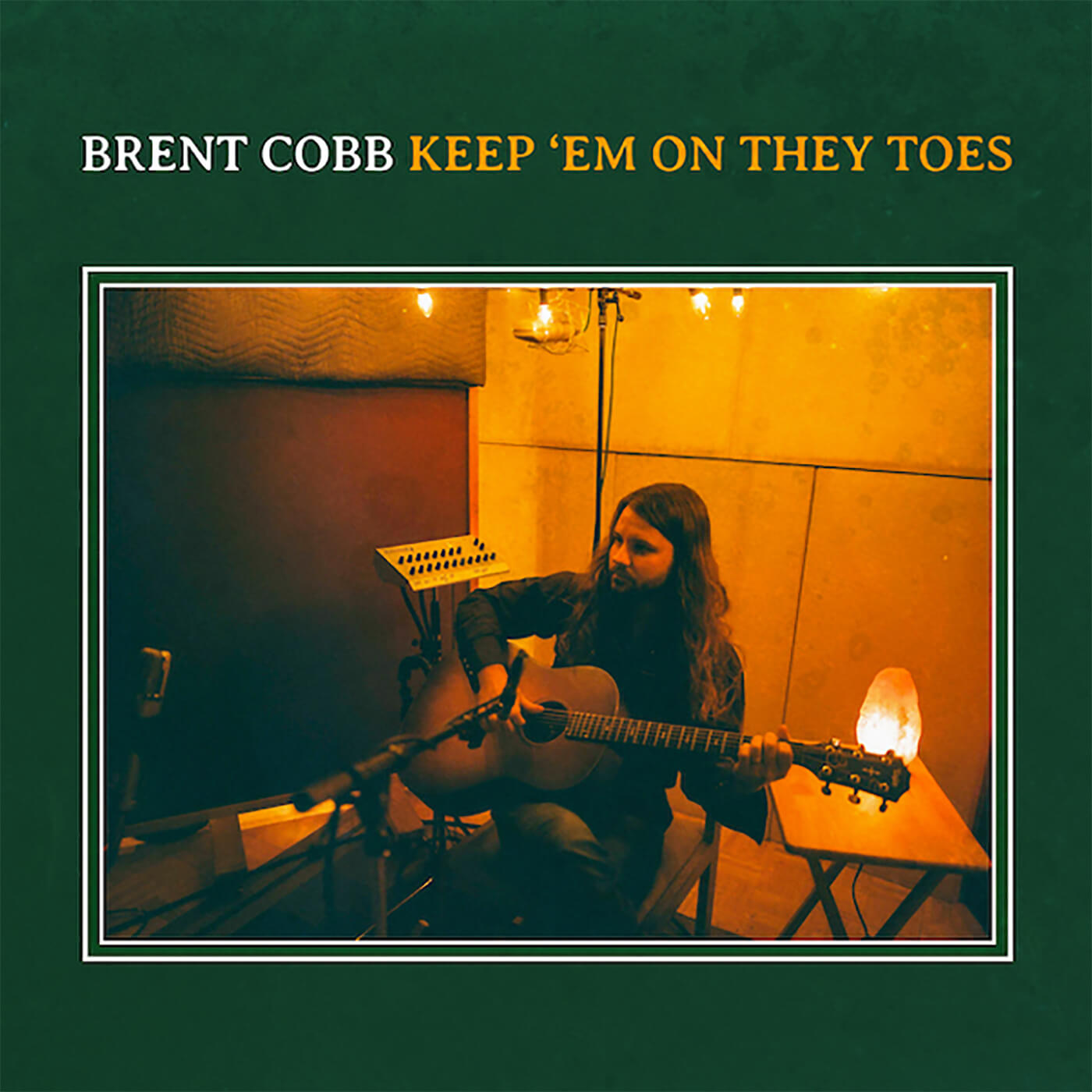 Each morning, Cobb pours himself a fresh pot of coffee, takes one of three acoustic guitars out onto his porch and sits looking out towards the lake. It’s his favourite place in the world to write. While he warns us that he’s not a “gear head”, and admits “I don’t know guitars like I should”, those instruments inevitably have stories behind them, and Cobb is a natural storyteller. He picks up the tale of how, alongside the Gibson and his Taylor Builder’s Edition 717 WHB, he came to own a 1942 Martin 0-17, courtesy of his cousin, Grammy-winning producer Dave Cobb.

“He was in the studio with someone and I went by to hang out. He wanted a song like an old Loretta Lynn song, and I’d been playing that Martin of his. He said, ‘Take it home and try to write a song that sounds like one of these three Loretta Lynn songs and if you can write one, you can keep the guitar’. 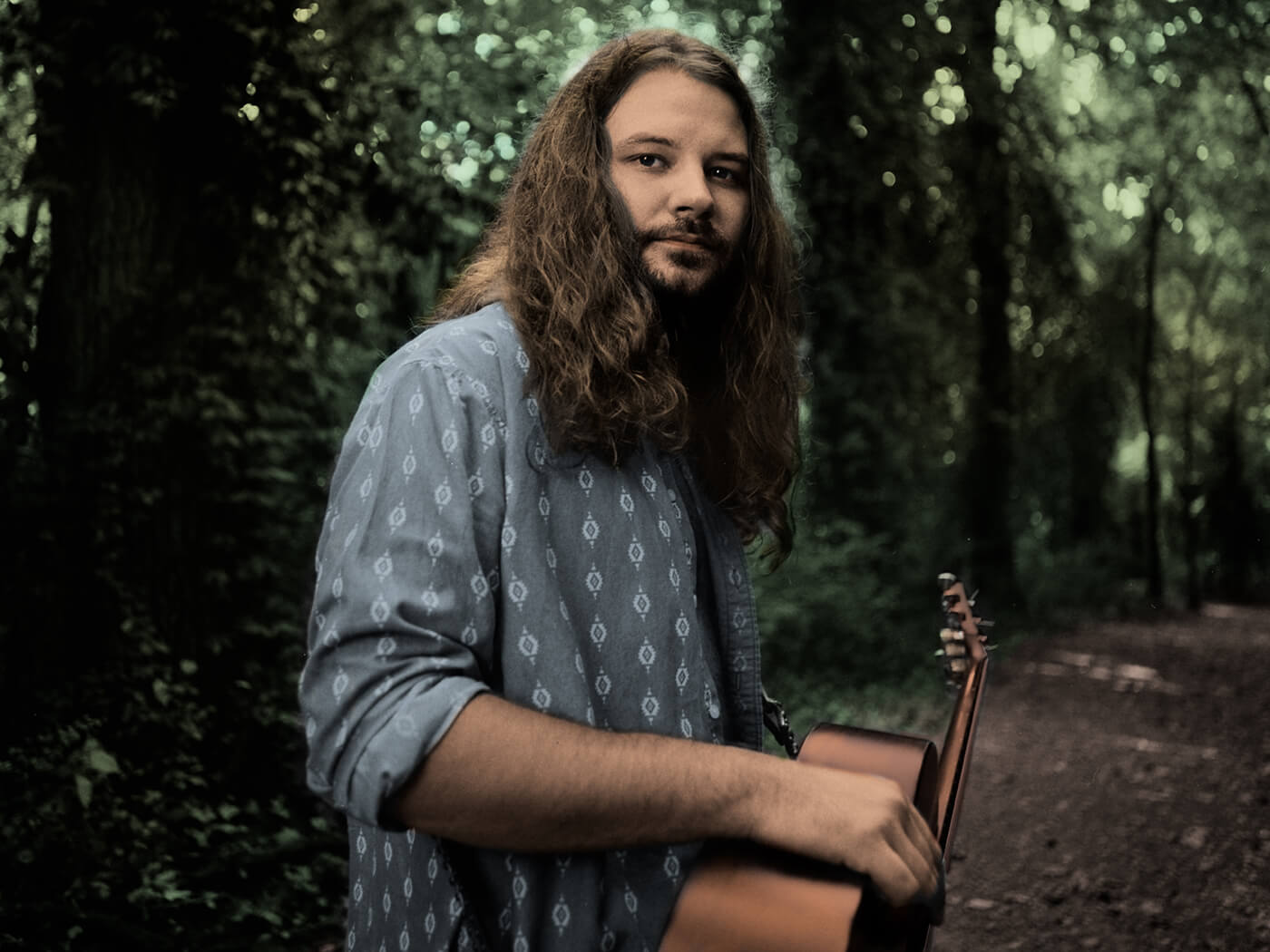 “I tried until the wee hours of the morning, and probably wrote five songs, but I couldn’t get close to what he was looking for. I took the guitar back the next day and said, ‘Thank you for even offering, but I can’t do it’ and he said, ‘You know what? Happy birthday’, and he gave me the guitar. I still have it. I never take it out on the road, but I write on it a lot.”

Another member of Cobb’s family, his father Patrick, inspired him to first pick up a guitar at the age of six, making his live debut a year later singing Tim McGraw’s Don’t Take The Girl with his dad’s band at a festival in Richland, Georgia. Patrick co-wrote the song Soapbox on Keep ’Em On They Toes. 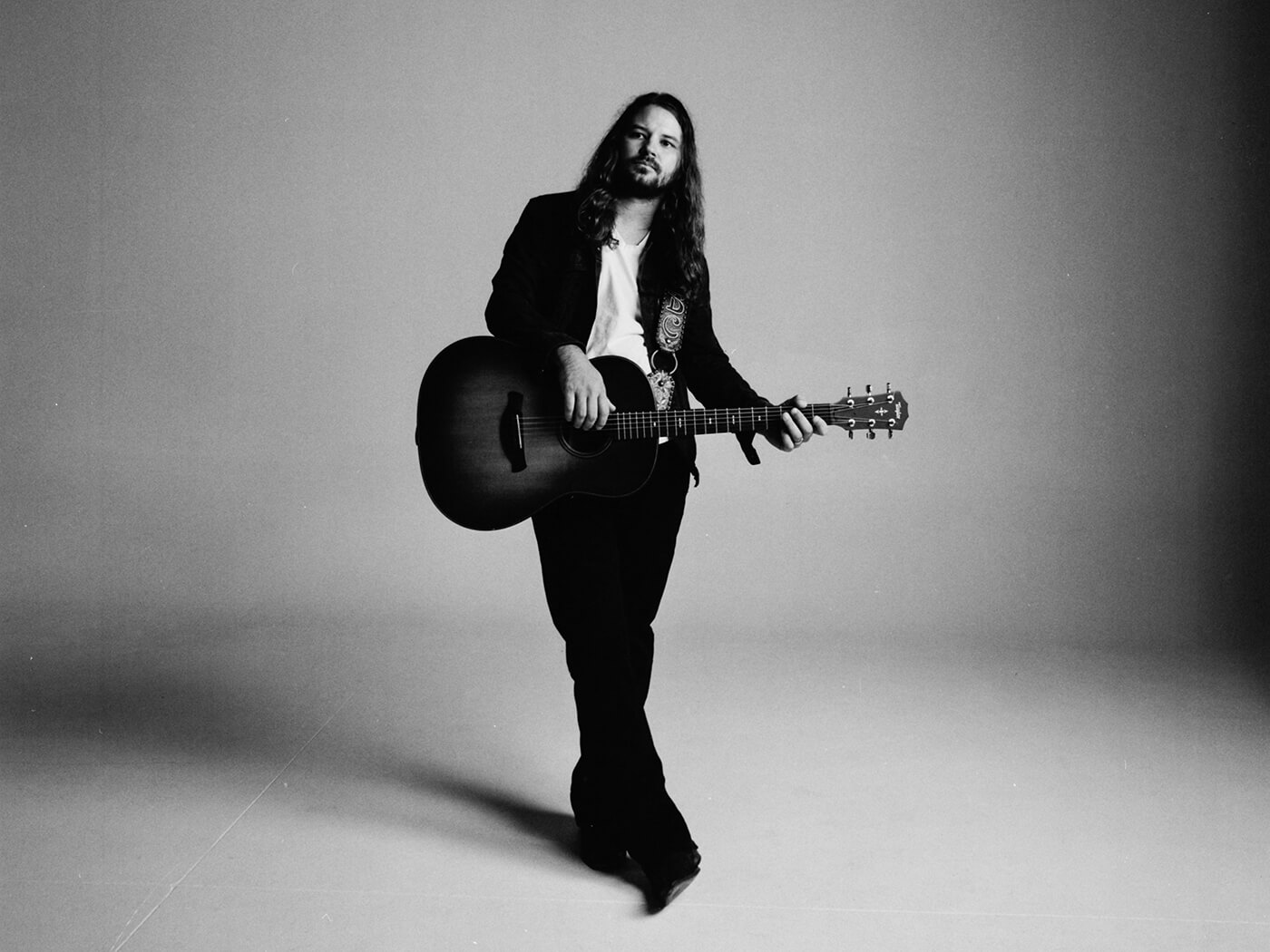 “My dad had a red Telecaster,” he remembers. “I didn’t know how to play, so I’d lay it down on its back, plug it in and make what sounded to me like space noises. Then he had an Ovation Celebrity, which was the first time I remember distinguishing there were electric and acoustic guitars and you could make different sounds with them that inspired different emotions. He would show me a chord a week. He showed me a G, then a D, then a C, and I never really progressed much further than those simple chords.”

Cobb’s soulful blue-collar Americana songs have earned comparisons to Willie Nelson and Merle Haggard, and the gentle warmth of his fingerstyle was informed by some country and folk greats.

“I always loved the guitar tone of Bad Boy Leroy Brown by Jim Croce, that fingerpicking style. I loved every guitar Roger Miller ever played, that real warm sound – the kind of guitar a song ought to be written on – John Prine, the way he played and his guitar sounded on records…” 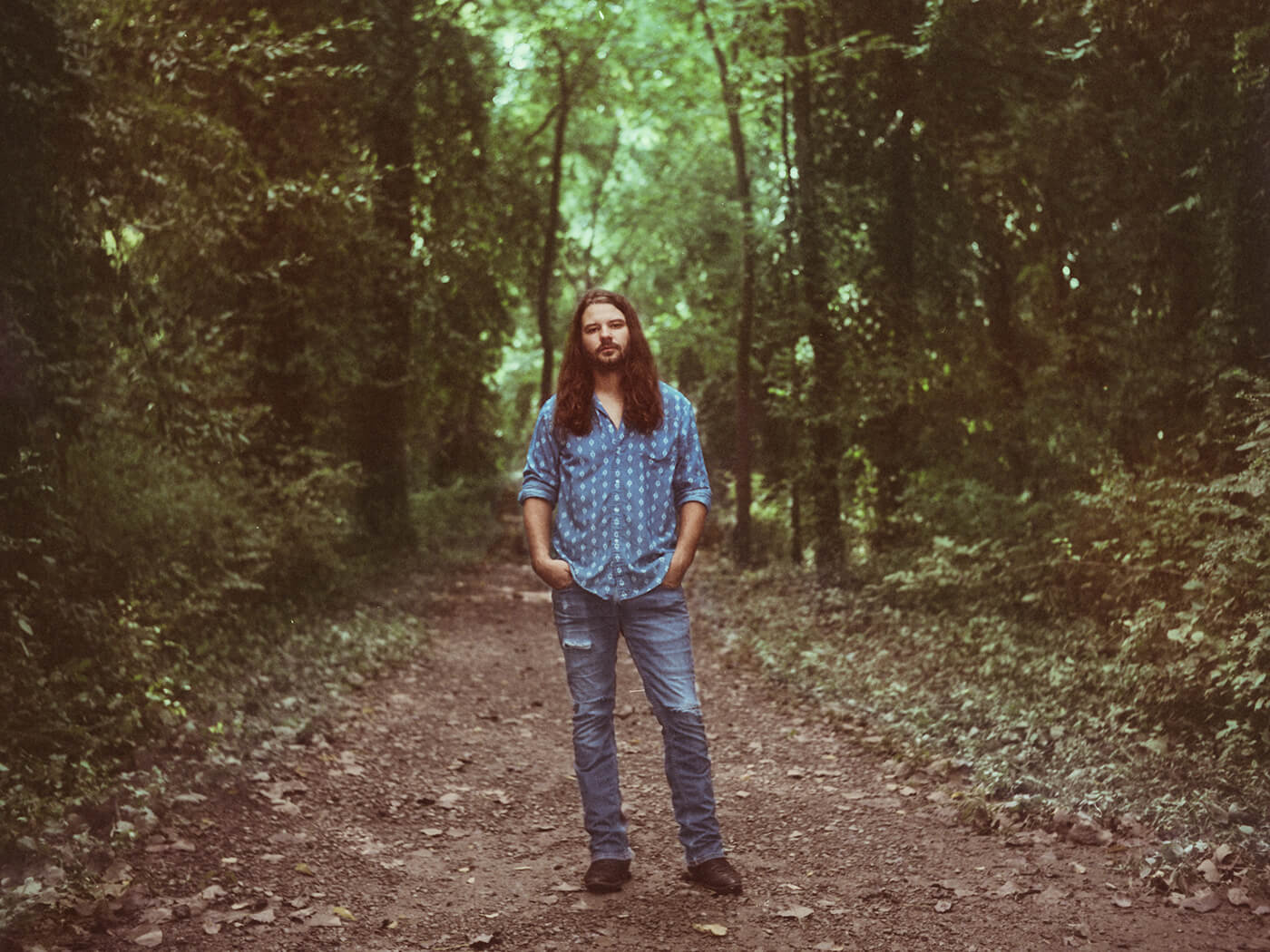 Cobb is self-deprecating about his own playing, answering the question, ‘What kind of guitarist are you?’ initially with “not one” before settling on “a practical one”. It’s easy to forget that his 2016 album Shine On Rainy Day earned him a Grammy nomination – and a Gold Sparkle American Professional Tele given him to by Fender to mark the occasion. He’s toured with Chris Stapleton and written songs for country artists including Luke Bryan, David Nail, Kellie Pickler and Miranda Lambert. His is a serious musical CV.

“It freaks me out thinking about being nominated for a Grammy,” he admits. “I didn’t expect it then and I still don’t know why. Shine On Rainy Day’s a simple album and maybe that’s what people wanted to hear at that time.”

Next came 2018’s Providence Canyon, his final album made in exile from Georgia. Throughout his decade on Music Row, earning “probably 30 to 40 cuts as a songwriter”, the call of the Peach State was strong. “I never really wanted to leave,” he admits. “I was gone 12 years, and the whole time I was wanting to get back home.” 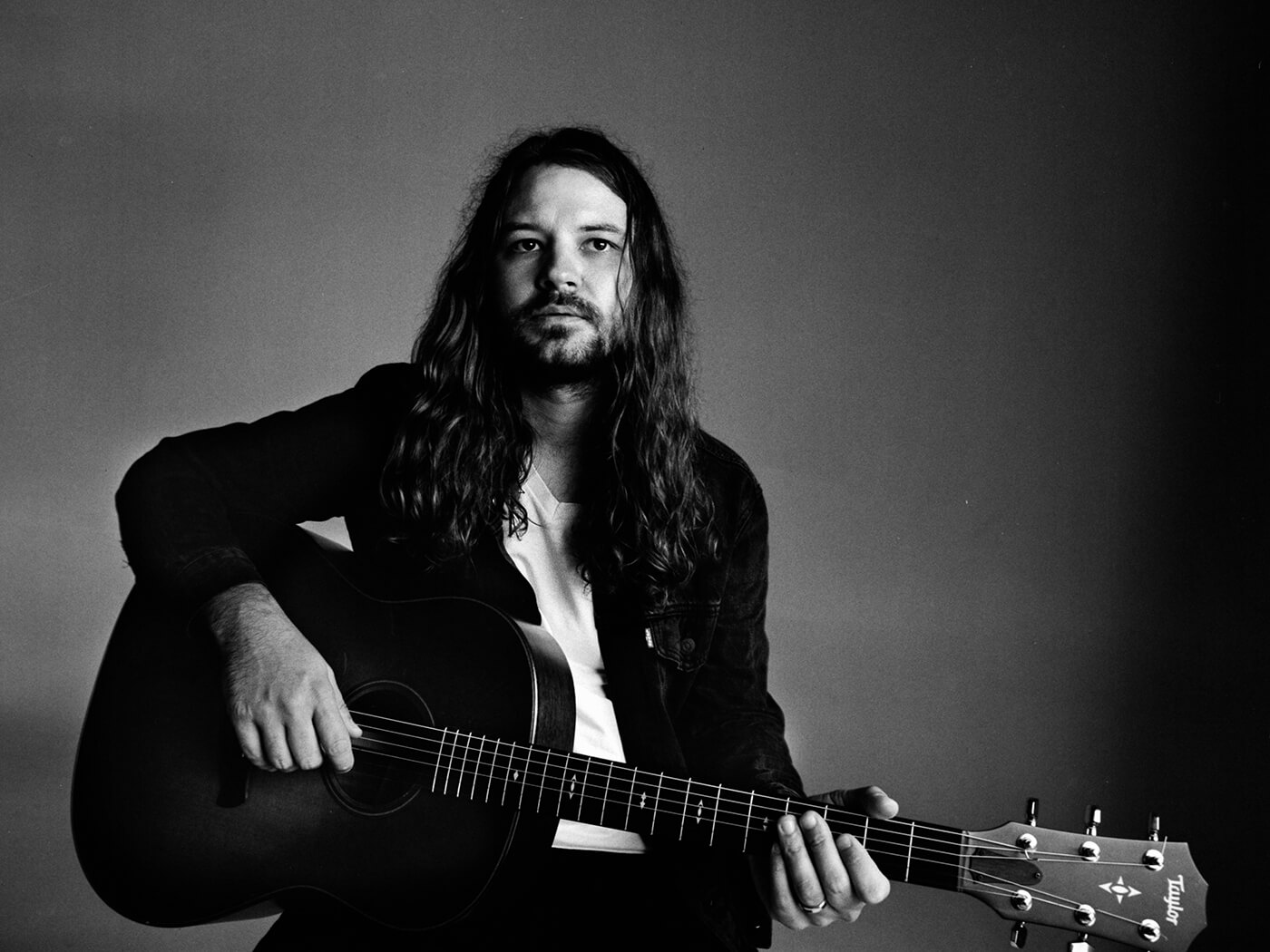 Being away has brought him to appreciate the state’s own distinct musical voice, different from that of neighbouring Tennessee, “maybe more funky, more swampy”. He feels the way he writes changing, too, now he’s settled back into the sedate cadence of his homeland.

“I think it’s more in the perspective and angle of the lyrics and stories, the way they’re being told… I don’t know man, I’m still learning, but there’s something going on. I can hear the craft more honed in, but I can still hear the core and spirit of where the songs were coming from.” 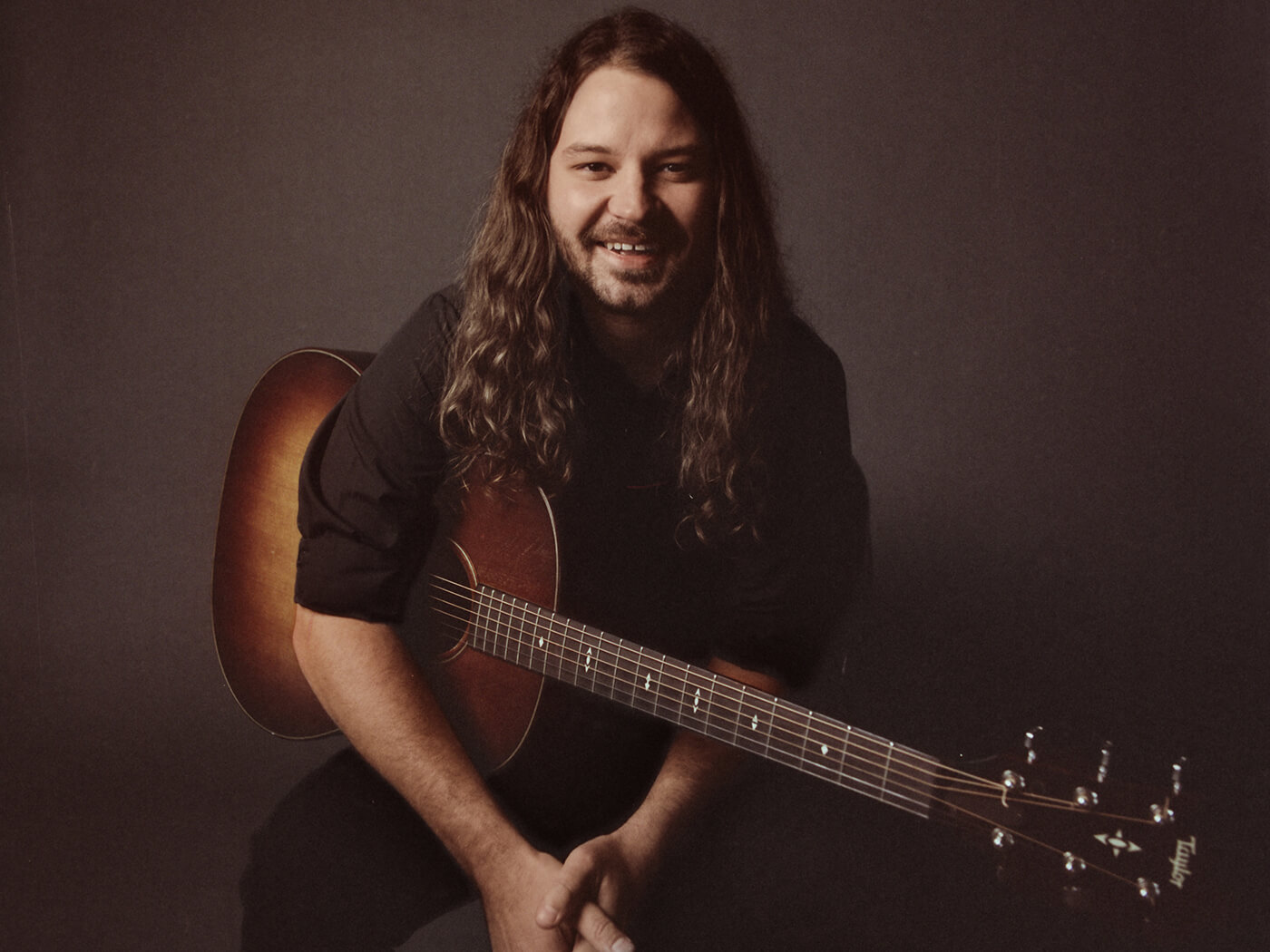 Integral to ensuring that elemental spirit was allowed to emanate from perhaps Cobb’s most sparse, simplistic record was Brad Cook, a discerning producer and sideman who’s worked with seemingly just about everyone who’s anyone in Americana, alt-country and indie circles Stateside, from Hiss Golden Messenger and The War On Drugs to Sharon Van Etten and Bon Iver. Recording in Durham, North Carolina was unsurprisingly laid-back and unhurried; Jerry Lee Lewis’ 1977 album, Country Memories was a sonic touchstone. Cobb used only one guitar throughout the sessions, a Guild acoustic owned by Cook, although he can’t remember more details about it than that.

“I picked up Brad’s Guild the very first day and it sounded like something that would be on one of those old Roger Miller records,” he recalls. “I used it on every song. I knew I wanted this album to sound simple and not use many instruments, and Brad’s very good at respecting those wishes and making every instrument we did use count. There’s space, but he was able to make each instrument have its own voice and be part of whatever musical conversation there was. Plus he’s laid back as hell. This was the first time I’d gone in with a batch of 10 songs knowing these were the songs we were going to record, no more, no less.”

The album’s title track, co-written with his wife Layne, is a letter to their new-born son, overflowing with nurturing life lessons. “The best thing you can do, when the ignorance shows, is walk on to your own beat/ keep ’em on they toes,” Cobb sings in that warming drawl. The way being a parent in this uncertain world has changed him as a writer is something he struggles to explain.

He sounds old beyond his 34 years, and he’s philosophical about having released an album he’s so evidently proud of, then being prevented from touring it because of Covid. The only time he’s played the record live was to 35 people at an acoustic set in Atlanta the night it was released.

“When we recorded it in December, I couldn’t have imagined the year we would have. If I’d made Providence Canyon, or Shine On Rainy Day, or any other album, I don’t know that I would have released it this year, but with this album, touring it has almost not mattered, it’s almost been the perfect album to put out for a year like this. The themes continue to become more and more relevant as the year progresses. It almost didn’t need the support, it’s being heard regardless.” 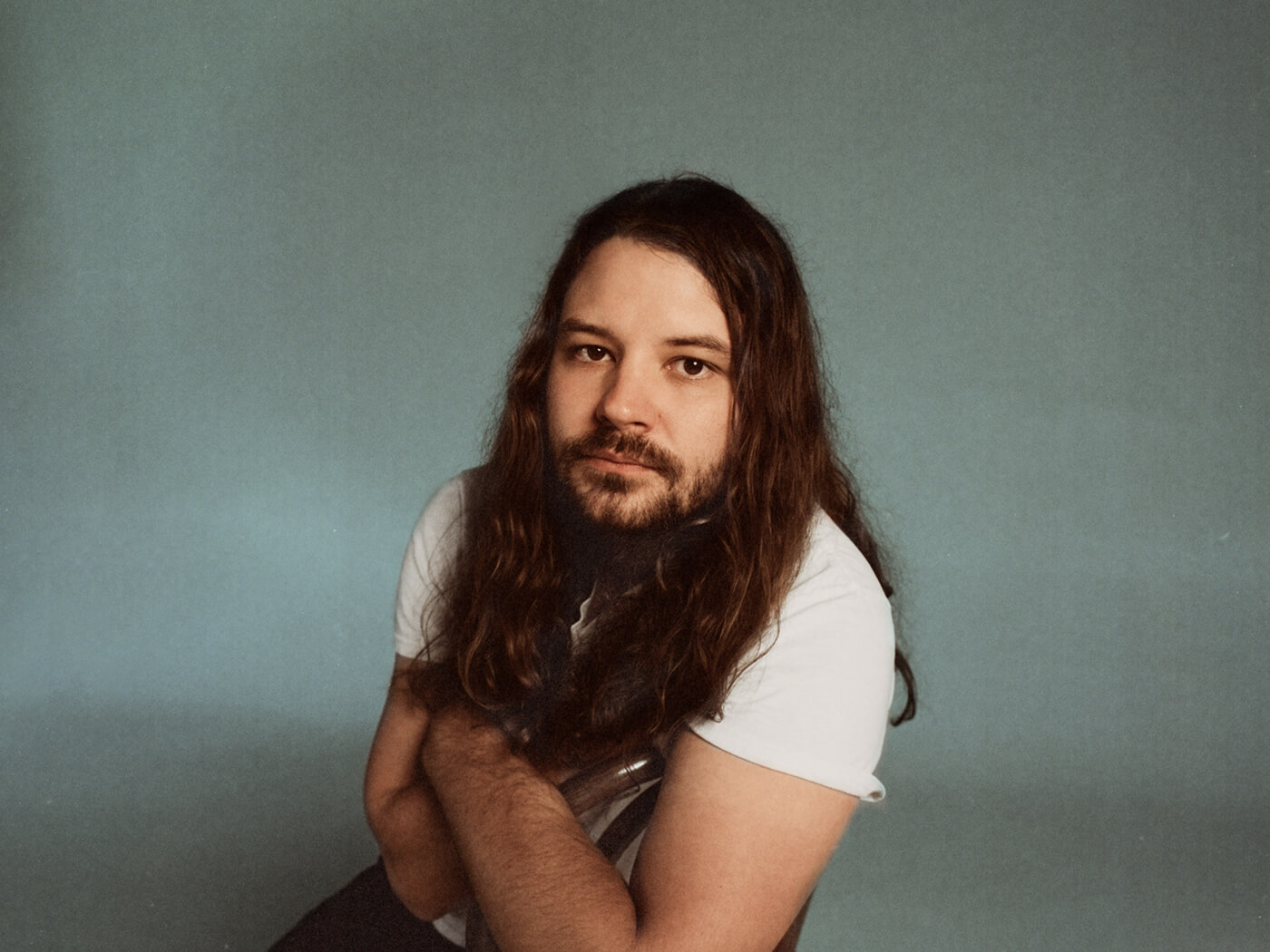 We wonder what inspires such a prolific lyricist to pick up his guitar and write, and whether ideas are already gestating for the next album.

“Aww everything, and anything,” he answers, thoughtfully strumming a big open chord on the Gibson before continuing. “I’m looking at this dirty-ass floor right now and it’s making me want to write about it. All things. How can I relate a mosquito stuck to this screen window to the state of what’s going on in the world right now? I just try to think of it like that. Everything relates to everything else, you’ve just got to connect the dots. 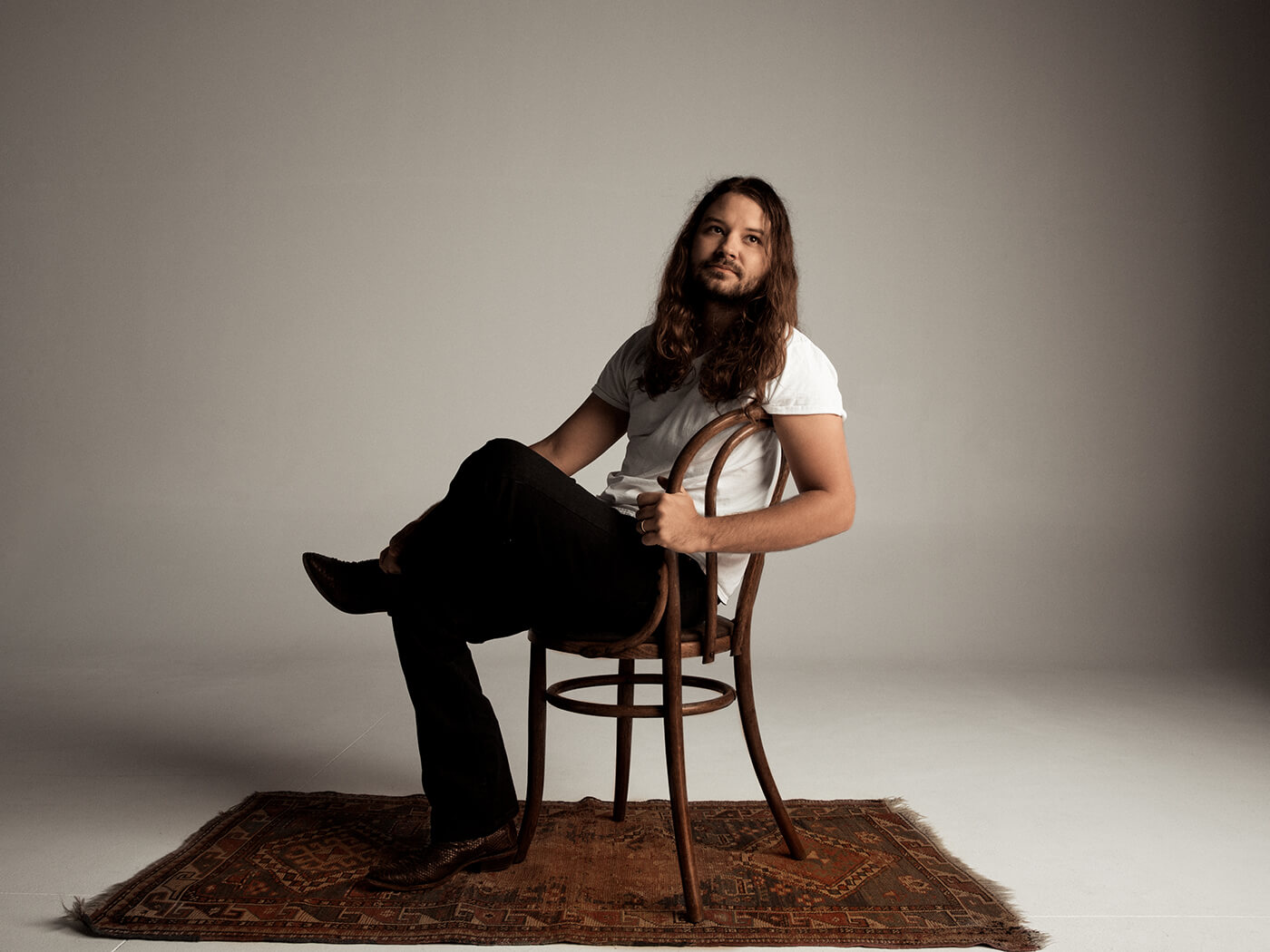 “I’m starting to feel the songs bubble now, I can tell there are songs. I wrote one yesterday and I don’t know if it’s going to lead down a whole path, but I can tell there’s something happening. As soon as they’ve all revealed themselves, I’ll record them.”

It’s late morning in Georgia, and beyond Brent Cobb’s porch the sounds of the natural world gearing up for the day ahead are rising in volume. His coffee cup is empty, it’s time for another pot, and we sense he’s itching to get to work on the Gibson. He leaves us with one final piece of advice. “Don’t let them know what you’re up to, do what you’ve got to do, don’t worry about what anybody else thinks. Keep your heart clean and you can’t go wrong.”

It’s hard to argue with that kind of wisdom.

Keep ’Em On They Toes is out now.

Mick Jagger calls Harry Styles comparisons “superficial”: “He doesn’t have a voice like mine or move on stage like me”

Brian May on Freddie Mercury’s “fantastical” songwriting: “Underneath, I think he was really pouring his heart out”