The country guitar maestro on how his wonderfully unique Fender Telecaster made it onto Fender’s production line in the shape of his brand-new Fender Stories Collection Brent Mason Telecaster. 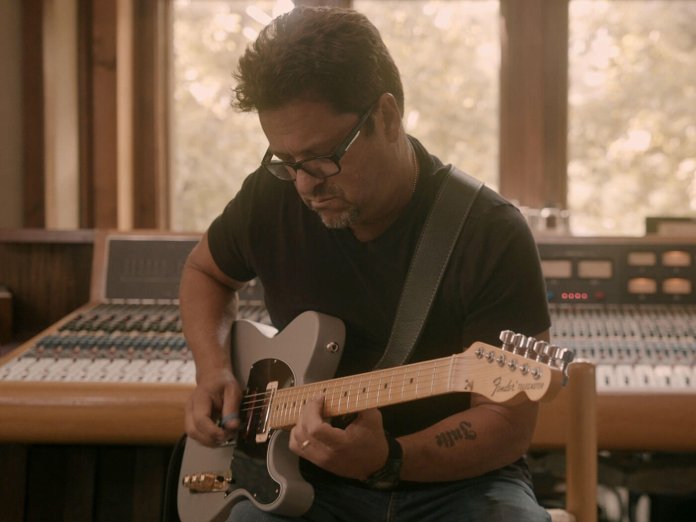 Nashville session legend Brent Mason is one of the most recorded guitarists in history with a star-filled discography and multiple awards paying testament to his extraordinary talent.

We caught up with Brent to find out more about his newly released Fender Brent Mason Telecaster, a recreation of an iconic guitar that’s part of the Fender Stories Collection, which pays tribute to legendary musicians and the special modded guitars that they’ve used along the way.

It’s not every day you get the call to have your beloved guitar made into a model in the Fender line up. How did that come about?

“It’s very exciting, I’d go so far as to describe it as eventful! Joey Brasler the Vice President of Fender called me up to tell me about the Stories Collection and to express his interest in recreating my guitar. Of course, I was very honoured that he thought of me. The whole concept is really cool but I kept thinking ‘My guitar is so ugly! Are you sure?’ There was a considerable amount of cigarette smoke embedded in there…

“So I sent the guitar through to Fender and they just tore the whole thing apart, it was a strange process, like being exposed in public you know! I saw the pieces just laying there. It was like watching a family member getting operated on.

“I’m actually holding the relic’d one right now and they’ve done an incredible job. It’s freaky how close it is to my original guitar. Setting it next to my old guitar it’s very hard to tell the difference – I have to look at the B-Bender to tell them apart, it’s the same design, still a Joe Glaser, but the new guitar has an upgraded model. That first contact was a year ago which feels like an even longer time now – Obviously I was very honoured and humbled – I kept thinking ‘Wow, they’re actually serious!’

“When I first found this Telecaster in the music store it really just had a primer coat of grey car paint on it. Somebody had decided to strip the finish off it and must have been getting ready to re-lacquer it and obviously just got bored and traded it in!” 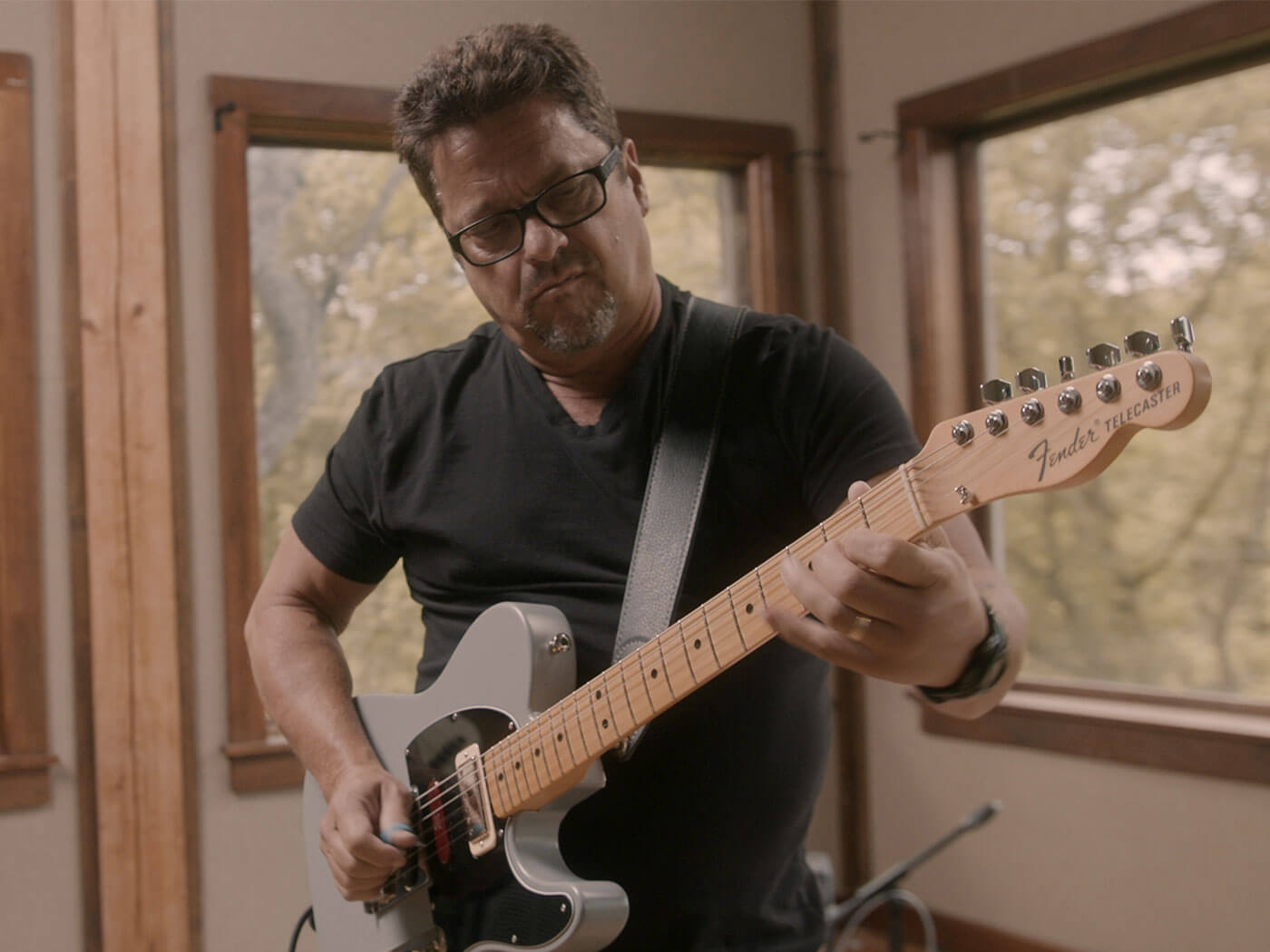 That modified vintage Telecaster is synonymous with you and an immediately identifiable look. Was there any temptation to update the specs at all?

“You know what, I’m not much of a mathematician or a technician when it comes to this sort of thing. I know some players can tell you to the millimetre about their guitars. I just know what works for me. The neck was the most important thing and I was adamant that we needed to get it right.

“We put a lot of work into prototyping that neck carve, the first iterations were a little too blocky and thick. The neck on my guitar has decades of play on it and it feels just wonderful. It took time and effort but when I got the finished neck I thought “Perfect! They nailed it!” That’s the level of attention to detail the guys at Fender put in. I just play guitar but I know what feels good. 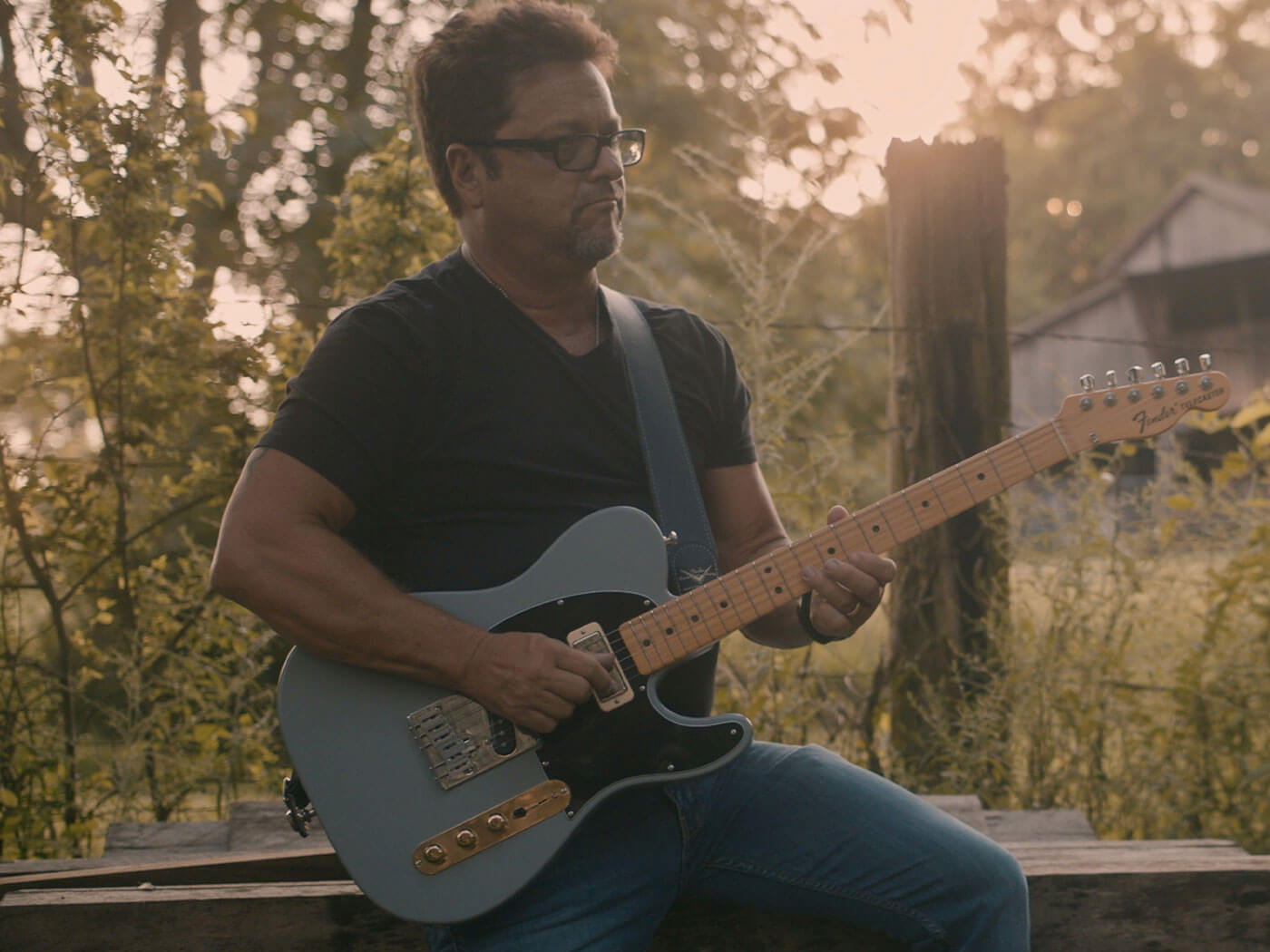 Success in the Nashville session scene depends on versatility, and your guitar has a lot more going on under the hood than your average Tele…

“Well the bridge pickup is a Seymour Duncan Vintage Stack. It’s very quiet and it sounds great. I’ve tried so many different pickups over the years but when you find something that works for you then stick with it! The middle pickup is also a vintage stack but with a red cover. It’s an odd eyesore but that’s what I put in my old guitar! Most people love it though, I did wonder if we should make it black or something but the guys at Fender insisted, so it stayed red. You can’t find those red covers anymore – they had a real hard time coming up with that!

“The whole purpose of that pickup system which Joe Glaser came up with years ago is to let you bleed in the middle pickup into any position with its own volume control. I liked that because it could take out those more offensive high-end sounds you sometimes get on a Tele bridge pickup. You don’t have to dial back the treble response, you just add a bit of girth with the middle pickup and it works! So I use it more like an EQ to find the sweet spot than a sound on its own – although it definitely works for that too!

“The new middle pickup sounds amazing any way you choose to use it and it also has a pull switch so you can immediately turn it on full or cut it out. The old guitar did not have this feature so that’s a definite improvement. Aside from that, the switching is the same as my original guitar and it’s all about blending to find the sweet spot which is an important part of what I do! It means I can dial in my sound on stage and in the studio very quickly.

“The neck pickup is a Seymour Duncan Mini Humbucker which gives you that Gibson thing if and when you need it. The whole purpose of my guitar is versatility. Years ago the I first time drove into Nashville to try and get a break, I couldn’t afford more than one instrument. I would have really loved a Strat and a 335 and a Les Paul and a Gretsch and a Tele but that just wasn’t an option as I just didn’t have the money. So, I tried to put together an all-purpose guitar and I’m very proud that Fender has made this gorgeous recreation!”

Neil Young accuses Spotify of “spreading fake information” on vaccines: “I want all my music off their platform”