The guitarist and frontman of one of Wales’ best new rock bands details the guitar parts on their hotly tipped forthcoming EP, The Non-Stop. 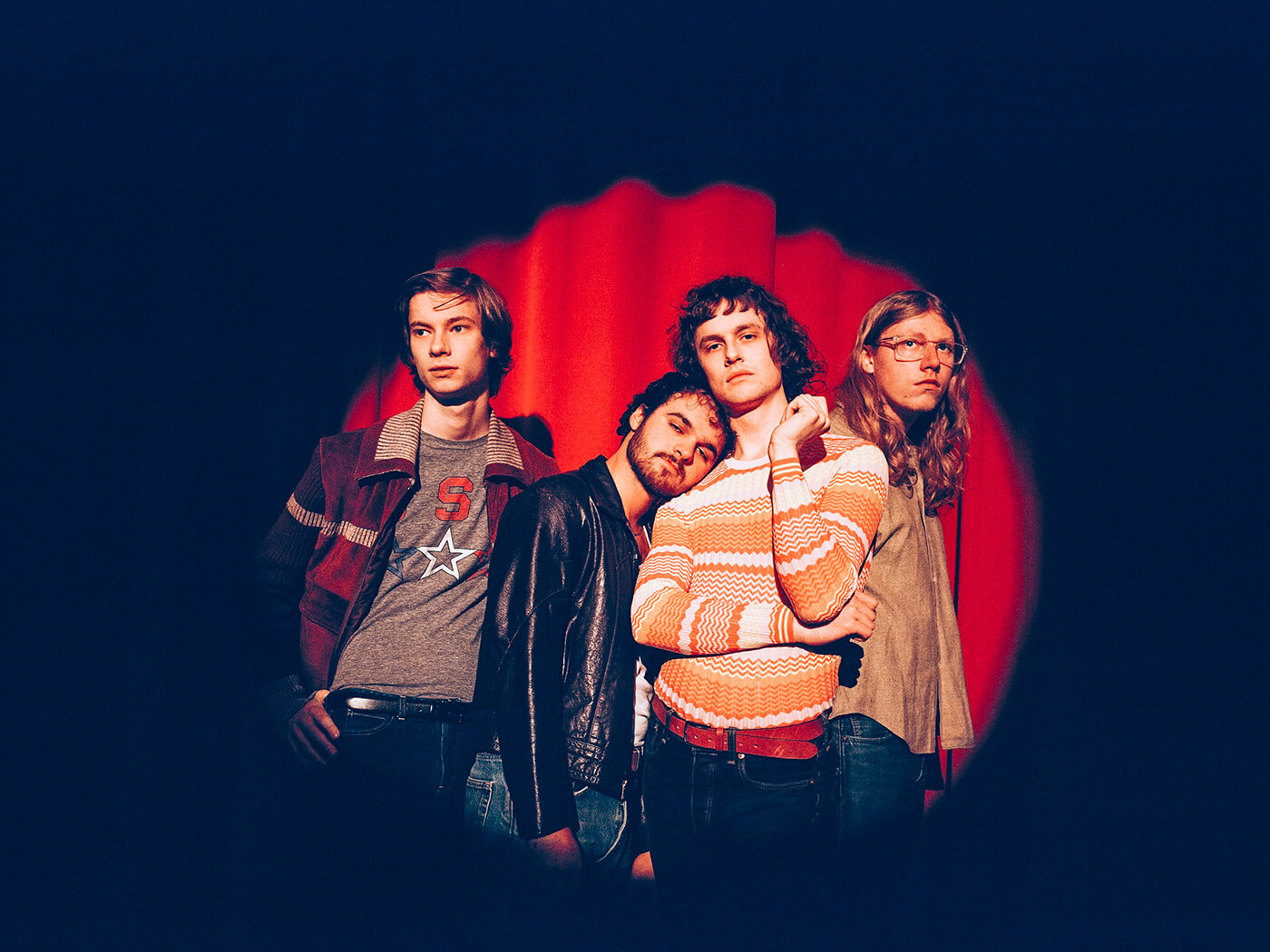 Since the band formed three years ago, Buzzard Buzzard Buzzard’s Tom Rees has been captivated by Norman Greenbaum’s Spirit In The Sky and realised he had no choice but to write music exactly in that vein. Though they may be inspired by bands that wore terrifyingly tight trousers and almost exclusively play amplifiers that go up to 11, Buzzard Buzzard Buzzard are still exceptionally relevant, pushing their glam, hard and folk rock nuances directly into the zeitgeist, and gaining critical acclaim from BBC Radio 1, The Guardian, the NME and many others in the process.

With their singles Double Denim Hop and John Lennon Is My Jesus Christ already earning them cult status within the indie-rock scene and amongst their peers, their new EP, the aptly titled The Non-Stop, is a full-throttle ride through dirty guitar riffs, organ segues and possibly some attempts at cultism. Don’t say we didn’t warn you. Below, Tom dissects his favourite guitar moments on the record, including those written on an Argos acoustic, a Telecaster with rusty strings and a guitar that was glued together whilst holidaying in Portugal. 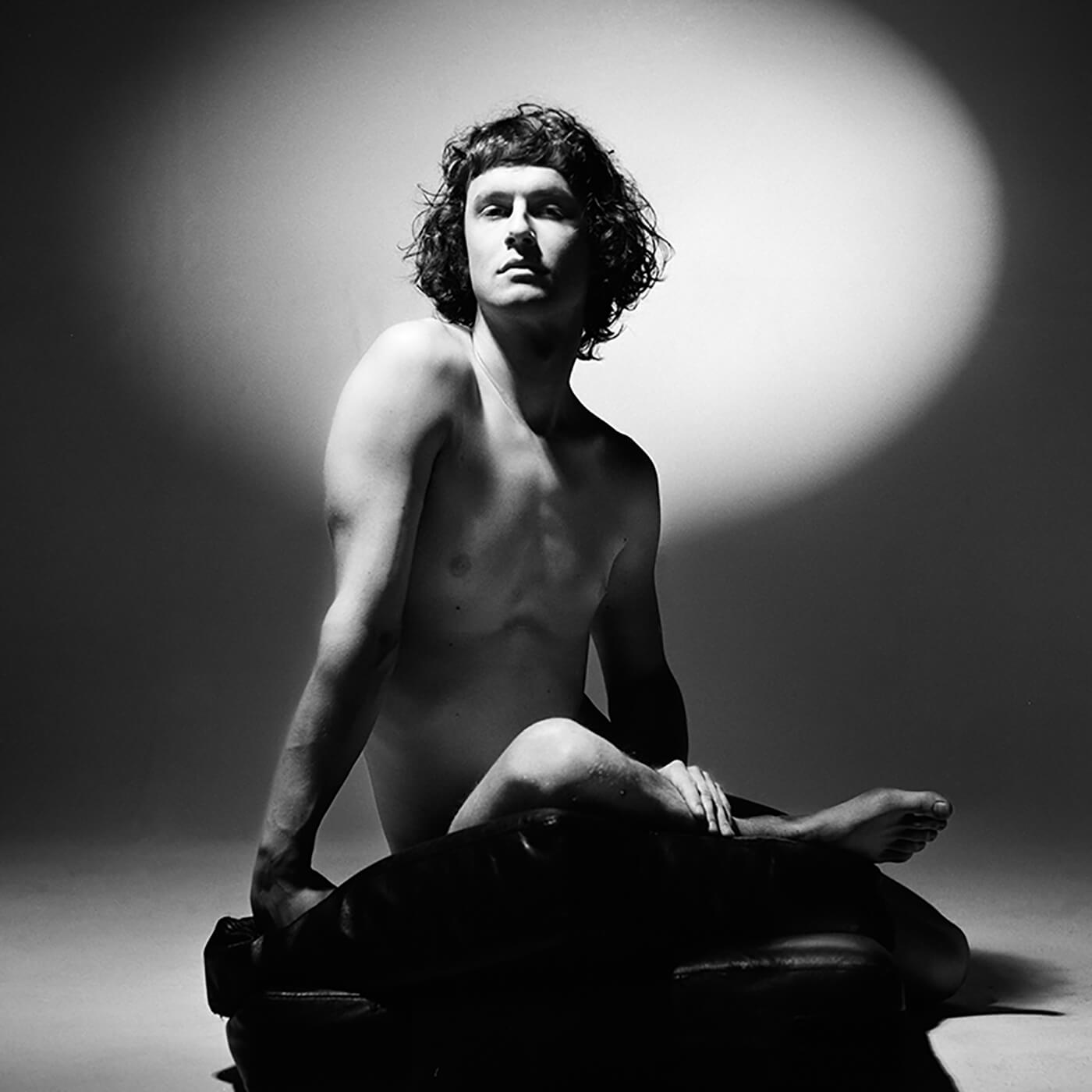 “I was really into creating something so unstoppably classic rock that when people listened to it they couldn’t reject it as being pastiche or School Of Rock-esque, as it had been taken so far beyond that point that you just had accept it as rock. I originally wrote the guitar part, the opening riff etc. on an old organ I had in my flat (a small organ for that matter, not a pipe organ). When I played it on guitar it ripped a hole in me and got me really amped up to really push the rock thing.”

“With all that in mind I think the guitar solo is my favourite guitar moment of the whole EP, it was born out of another instance of trying to be more pastiche than pastiche. I wanted to have trading guitar solos that bounced off of each other like in Hotel California or maybe a Spinal Tap B-side. I’m really proud of that part because it confirmed a belief I had and still hold now, is that pastiche remains pastiche as long as nobody goes near it, you can take anything famously Spinal Tap and thrust it into the relevant just by grabbing it with both hands and really committing to it. Beyond all that Zac absolutely rips it so I love it.”

“The opening riff is by far the happiest I’ve been with any riff I’ve written. I’ve got this old kids’ Spanish guitar that my parents bought for my brother from Argos at the turn of the century, I managed to wrangle it off him in his early years while he found a love for football. It’s entirely out of tune and the action is a mess, and there’s no point in talking about the intonation because it’s practically non-existent, but I think all of those things combined influenced the way that riff was written and how it was played too. Because the guitar is so out of tune, I approach writing on it with a type of abandon only a monster truck driver would have, just sort of throwing my hands at the thing and hoping something sticks.”

“Even though I played it on that tiny nylon guitar it was pretty easy to envision and was pretty easy getting it down in the studio too, I used this old Tele Custom that my godfather gave me when I was 16 or 17, I think the strings were rusted to hell on it, they always are. I don’t treat that guitar with nearly as much respect as I should!”

“This was another culprit of the Argos nylon-string. I particularly liked recording the riff for this one because we did the classic T. Rex ‘fuzz straight into the desk’ vibe which gave the riff all of that horrible compression and fizz. I think it was a really cheap eBay purchase of an EHX Bass Big Muff straight into a similarly bought Soundcraft Series 200 – not boutique gear by any stretch of the imagination but still a great part, with a hot key change, that does all of the talking.”

John Lennon Is My Jesus Christ

“Though this song doesn’t feature too heavily in the guitar department and the strings play a supporting role, I really love the sound of the acoustic on this track. I used Zac’s old Martin, unfortunately the model escapes me but it’s beautiful. I wrote this one on another nylon string too whilst I was holidaying at my girlfriend’s parents place in Madeira Island. I spent a couple of days roaming the island trying to find parts to fix up this old guitar they had lying around, it was mainly a glue job, but I have it on good authority that it still plays to this day.”

“This one was particularly interesting because I wanted the guitar to sound quite bad in the first half of the song. I wanted the song to sound really surprising when everything kicked in so made a conscious effort to make the opening guitar sound quite dull and boring. I think I used my old Tele Custom again, with those rusted strings! A jack of all trades guitar. Towards the end of the tune, when everything gets really intense, I used every guitar we had at that time, which wasn’t much, but my Tele Custom, Epiphone SG and Zac’s Fender Jazzmaster was a lot to handle anyway, I think it got the point across!”

The Non-Stop is out 10 July on Communion.