The Everyone Loves Guitar host has interviewed some of the most iconic guitarists of all time, and along the way he’s learned a lot about what makes a guitarists successful. 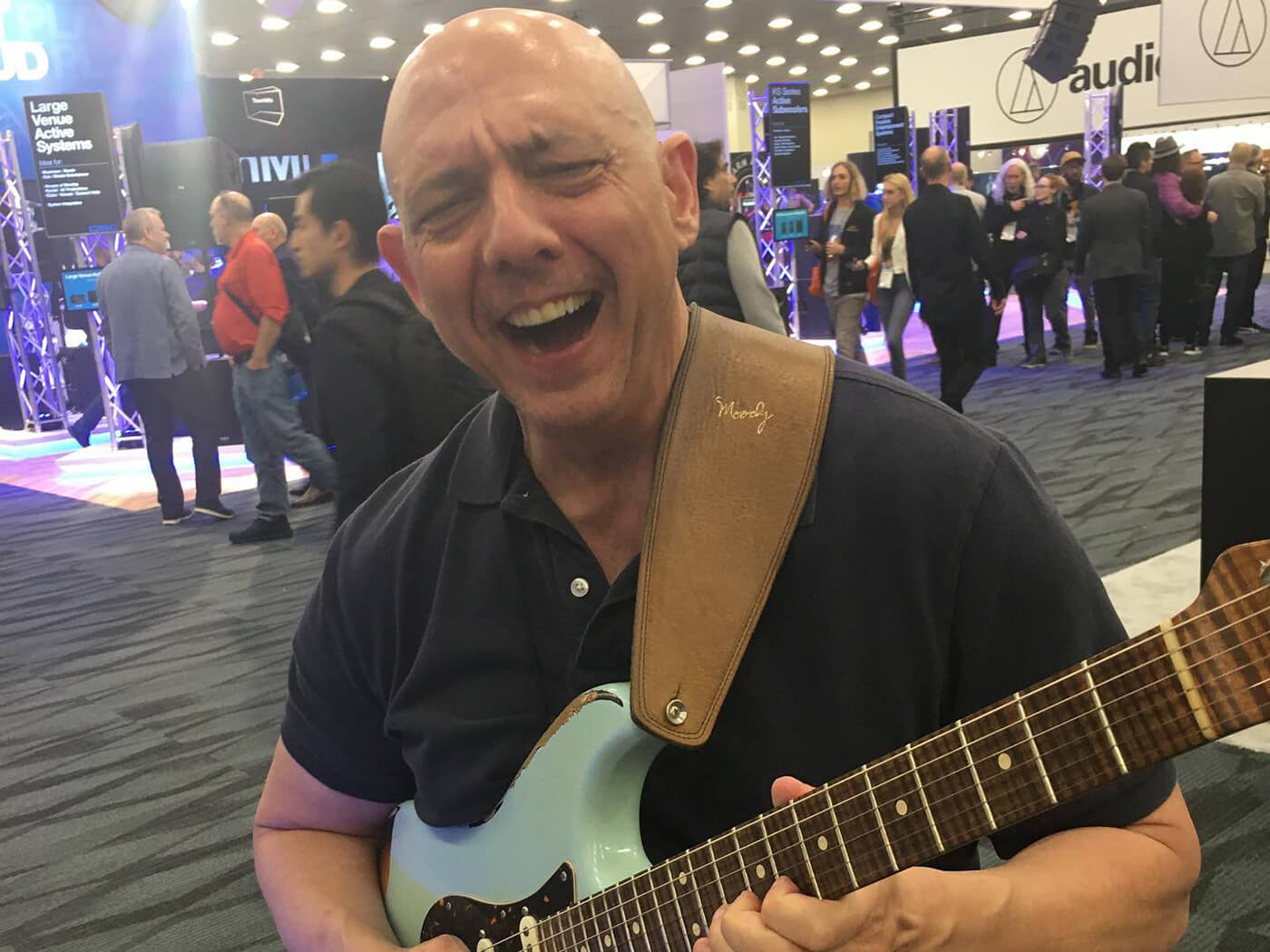 There’s probably not a guitarist alive that hasn’t at one point been obsessed with forensically analysing his or her guitar hero. We study articles, attend seminars, buy books, watch documentaries, and engage in countless other activities in an effort to decode the mysterious secrets that could unlock the secrets to their tone, technique, and phrasing.

Most of us believe the key lies within their ten digits, and the bulk of our investigation is spent studying their choreographed fretboard behaviour and picking hand. However, are their deeper and psychological reasons to explain for success in music, and do those who achieve that success share common attributes?

Someone who’s inadvertently probed answers to his questions is New Yorker Craig Garber: a video podcaster who has made a name for himself interviewing hundreds of our favourite guitarists for his podcast, Everyone Loves Guitar.

An entrepreneur and author with a background and successful career in marketing and who only took up the guitar in 2015, is not an obvious candidate to extract sage advice from our heroes. But this effusive and amiable New Yorker, has a deep affection for our six-stringed companion and those who make music with it, proves to be the ideal inquisitor.

His non-musician background allows him to eschew the questions most of us would tend to ask, and instead poses deeper and sometimes existential questions to our favourite players, which often leads to an interesting psychological evaluation in addition to a thorough career overview.

So who better to ask than Craig the question, ‘what does it take to be a successful guitar player?’ What has he learned about the players he’s interviewed and what do they have in common? 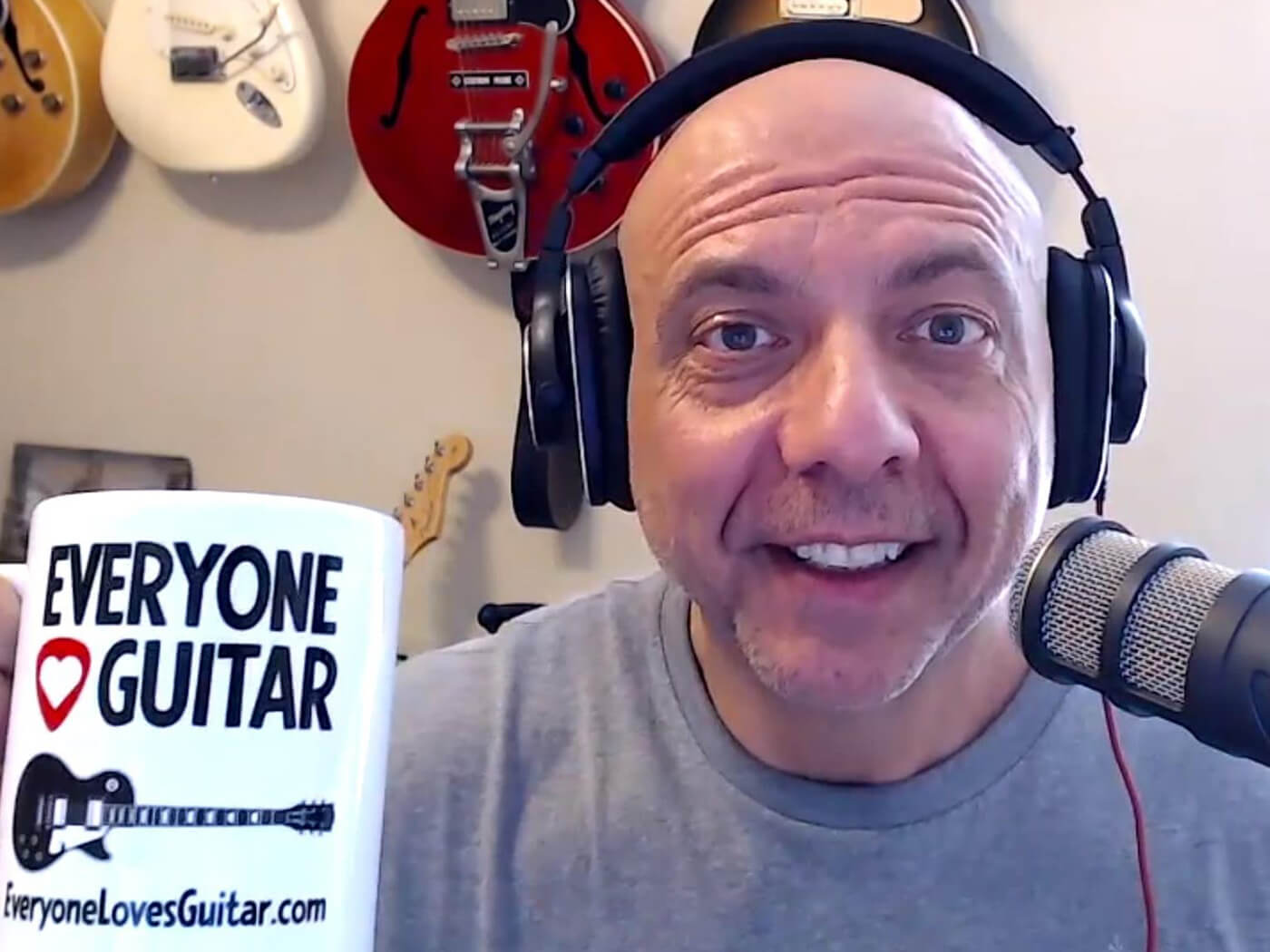 1. A passion for what they are doing, and genuine love of music

“A very common conversation I’ve had with guitar players – especially pros who’ve been around the block for a while and who’ve been through multiple financial cycles of highs and lows” – goes like this: ‘Don’t become a guitarist because you like playing music. Play music because you absolutely cannot do anything else. Play music because it’s as vital to your life as breathing is’.

“The primary reason why this advice is given is because of the wide swings of financial feast or famine that musicians have to deal with. There can be a lack of financial stability and lifestyle predictability – especially early on in your career, but also many times later on – as long-established gigs fall apart for any number of reasons (none of which typically have anything to do with the actual guitarist themselves).”

2. Desire to play guitar more than any other activity

“There is a certain percentage of players, maybe 1-1.5 per cent of them, who are more committed to their guitars than anything else – like it’s the air that keeps them alive! These players are often still regularly playing nightly into the wee hours – even after 40 or more years of playing. Their commitment to the instrument goes way beyond sheer enthusiasm and even beyond obsession.

“For these folks, the instrument serves as a point of reference for everything else in their life. Their desire to get better as a player goes way beyond any kind of ego or vanity purposes. It’s more like by knowing their instrument on a deeper level they are finding a higher purpose in life, and strengthening the connection between themselves, the instrument, and the universe itself.

“As a side note, the personality profile of these players is very similar: extremely helpful, more on the quiet or introspective side, and as humble as they are talented. They are also the first people to volunteer to play with others, and the sheer joy and ongoing sense of discovery they get out of connecting over music is inexplicable.”

3. The ability to get along well with others

“I’ve had at least 100 guests tell me that there are three aspects of accepting a gig or offering someone a gig:

“The music – or ‘do you enjoy playing the kind of music of this particular gig?’. For most guitarists, this is a pretty flexible criterion – players love to play, so as long as the music isn’t horrible or isn’t diametrically opposed to what they feel music is. Plus, there’s always something new to learn and this means professional growth and development lays ahead, which most players look forward to

“The Money – when it comes down to it most musicians are flexible here too. If the music is great and the next criteria is also met, people are just happy to work. Typically, each gig leads to another, often better paying or more advanced performance. So players are okay not getting what they want financially on any given gig – within reason; especially if there’s a networking opportunity the gig is likely to lead to.

“The last category is the most important, however. And that is ‘The Hang’. Meaning, ‘is this a person you want to live with on a bus (or a van) for the next few weeks or months?’.

“The reason this is so important is because you’re only playing for 60-90 minutes a day, max; the other 22-plus hours, you’re just hanging out with one another. So even if someone is the greatest player on earth – a guitarist who makes music sound so much better than what anyone else can do – if that person is an asshole or difficult or negative for the other 22 hours – NO ONE will want to put up with them, regardless of how talented they are.

“Being positive, mature, supportive, not having an ego – serving the song and not focusing on themselves, not having substance abuse problems, and adding good karma to the group goes a VERY long way to increasing the demand for your services.”

4. Discipline to learn the instrument

“Plenty of guitarists are either shy or not interested in ‘being rock stars’. For many, this is actually a blessing in disguise because of all the time spent behind closed doors practicing alone

“Learning to be proficient on an instrument takes thousands of hours of voluntary disciplined and enthusiastic practice. It’s no different from preparing to become a professional athlete. You have to show up for practice, every day. And the more in sync you are with your instrument, the further your skill set will take you.

“It turns out that probably half of all guitar players are introverts of varying degrees. At the same time, this desire to “not” be the centre of attention, and to be somewhat introverted, made it much easier for them to have the discipline and focus needed to sit and practice alone for so many hours.”

“I have NO clue where the ‘lazy, dumb musician’ stereotype originated: maybe back in the 1980s when players had a team of people doing everything from shuttling them to and from gigs, to waking them up and getting their cocaine. But my experience has been TOTALLY opposite to this.

“Virtually every musician I’ve ever spoken to (close to 700 at this point), is extremely bright. They possess a high level of self-awareness: they are curious, and typically very well-read. Many have gone to college, and almost all of them enthusiastically study and pursue a diverse variety of intellectual, social, and hobbyist interests the same way everyone else does.

“A very high percentage of musicians have also studied self-help and self-development topics for years. They are keenly aware of the value of having healthy relationships and adequate self-care; and tend to strike a good balance between work and family or other activities. Many have taken great steps towards becoming better people: things like getting sober, going to therapy, or participating in other kinds of personal growth classes and workshops are quite common.

“On top of this, because there are no more record labels or services available that at one time existed to support musicians in the business or performance aspects of their career, many aspects of these services must be supported and provided by musicians themselves. And the guitarists today have definitely stepped up. They build their own pedal boards, book their own gigs, self-manage, get their own publicity, seek out their own endorsements, manage their own social media, and more.

“I’ve also found musicians to be very open and quite comfortable sharing their lives and their stories. With few exceptions, the players and artists I’ve spoken with have been very kind to give ‘Everyone Loves Guitar’ listeners a very private glimpse into their lives.’

Find out more about Everyone Loves Guitar at www.everyonelovesguitar.com.