“If you’re not friends, everything else sucks!” Canadian duo Crown Lands on the power of friendship, double-necked guitars and making danceable prog

The rising prog-rockers use the power of music to share stories of Canada’s indigenous people, and have found fans in everyone from Geddy Lee to Jack White, we caught up with guitarist and bassist Kevin Comeau, and singer Cody Bowles. 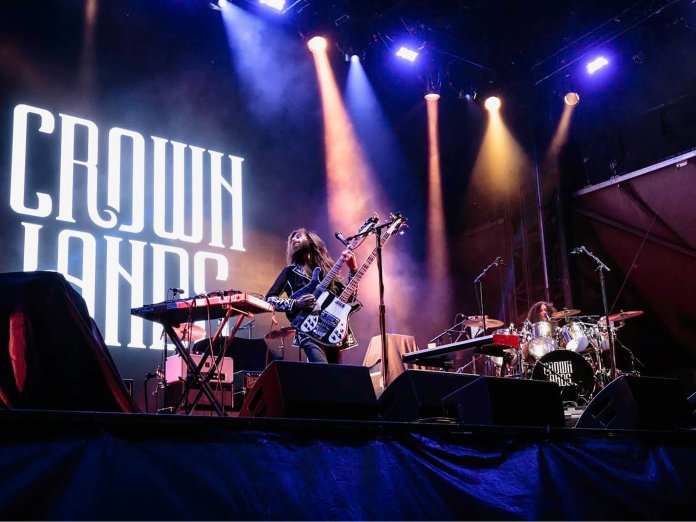 Canadian duo Crown Lands have all the tools to be a major force for years to come. Channelling the swagger of Led Zeppelin, the pomp of Genesis, and the chops-filled dynamics of their compatriots Rush, the band’s specialism is ambitious yet accessible prog-rock with a modern edge.

Even more impressive is their sense of social responsibility. After working on previous release Context: Fearless Pt. 1 – an extraordinary, eight-minute epic – with three ex-Rush producers, the band’s latest single, White Buffalo, speaks out on the oppression of Canada’s indigenous population. The very ancestors of drummer/singer Cody Bowles, who has roots in Nova Scotia’s Mi’kmaq tribe and identifies as Two-Spirit. As the full White Buffalo EP is released, we caught up with Bowles and guitarist/bassist Kevin Comeau.

White Buffalo has been out for a little bit now. How are you feeling about it?

CB: “I feel great. It’s so cool to have something so proggy but so danceable. People are really liking it.”

KC: “I wrote the riff in 13/8 as a nod to Turn It On Again because I love 80s Genesis. The first thing that Dave Bottrill [producer] said when he came in to do pre-production with us was ‘the 13 is cool, but it would be even cooler in seven’. Originally it was a bar of seven and a bar of six, and then we basically added an extra beat. So we did that kind of turnaround where we go from the E♭ to the F, then back to G minor. It definitely offered more of a foundation for Cody’s vocals to sit on top.”

You both come from very different backgrounds, but you’ve obviously found friendship and common ground in music. How important is that bond to the band?

CB: “It’s the glue, man. We definitely had that lesson hit us straight in the face through this pandemic. This matters more than absolutely anything.”

KC: “Yeah, if you’re not friends everything else sucks! But we definitely have our ups and downs.” 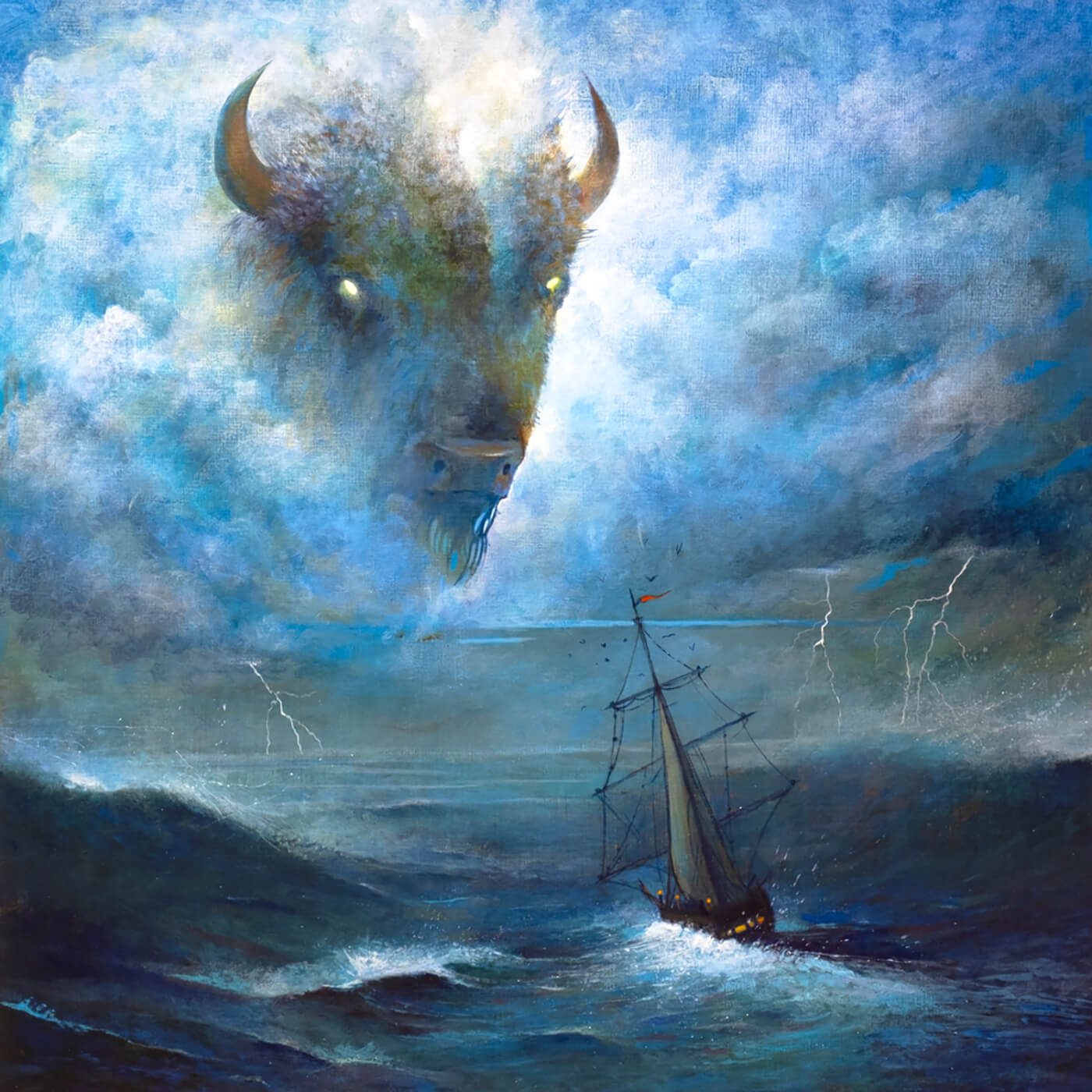 What was it like working with a trio of ex-Rush producers (Terry Brown, Nick Raskulinecz & Bottrill) on Context?

CB: “It started with Terry and from the get-go, we were like, ‘Holy shit, we are doing this!’ Then the song evolved on tour and we got Nick involved, and it was like ‘Oh my God, this is totally nuts’. I couldn’t believe that we’d worked with both of these producers. The person who did the first 10 Rush records, and then the person who did the last two, so it’s something that wasn’t lost on us. And then to work on the vocals with Dave was a Stonehenge moment.

KC: Total fucking Spinal Tap, bro! We tracked an early version with Terry, re-tracked it with Nick and then we got sent to redo the vocals with Dave, who really saved the day when Covid hit. Context was like an albatross around our necks for years. It felt like it was cursed. We knew that it was our best song up to that point, and that it felt magical when we played it live, but it seemed like it was never gonna come out. It took a long time for it to come into its own, and it needed everyone’s input. You know how Radiohead have Creep? I want Context to be our signature song, and for people to be like ‘your other stuff’s good, but, man, that eight-minute song with the Star Wars-themed video!’ 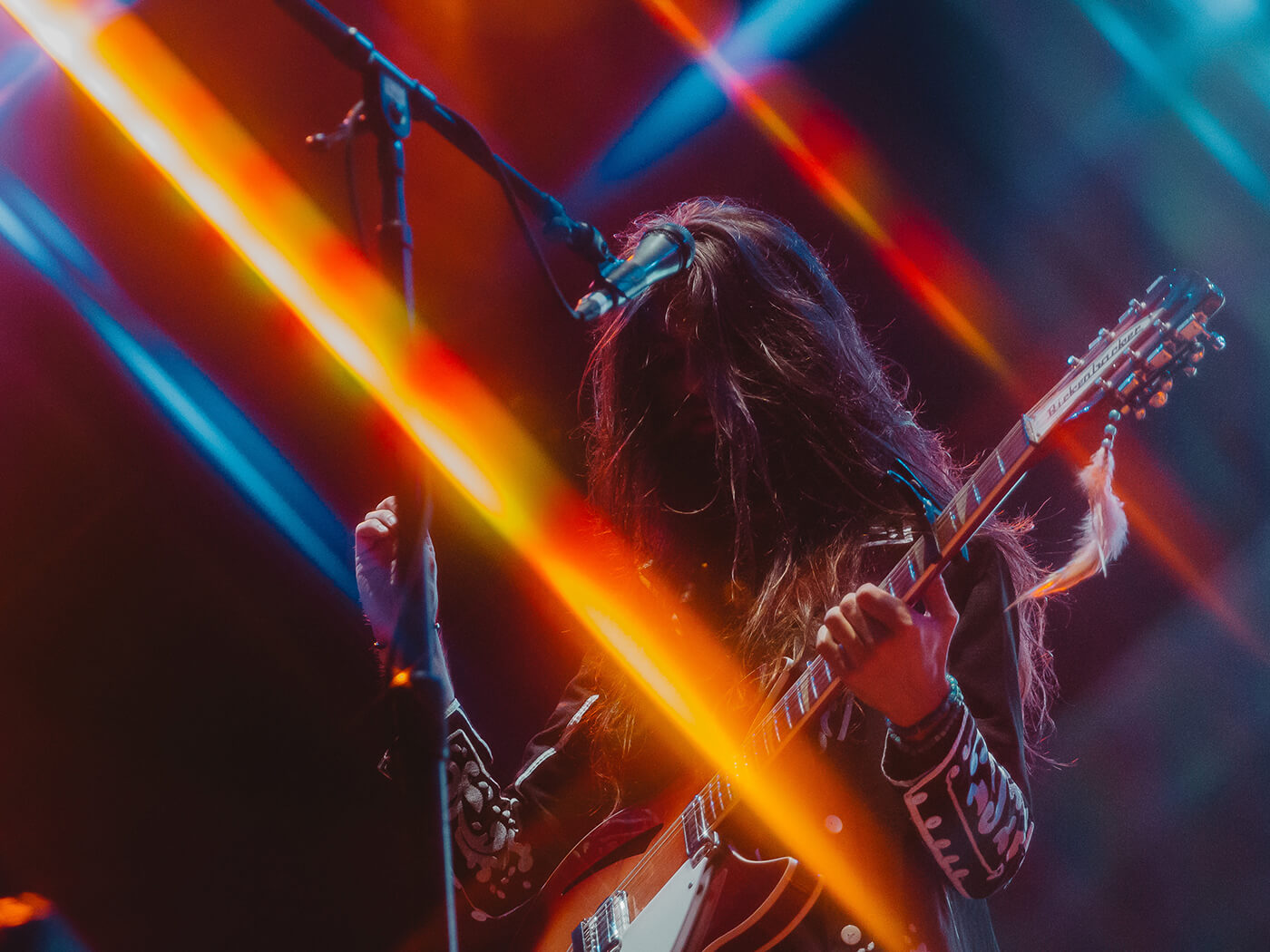 Do you think you could ever get Geddy (Lee) or Alex (Lifeson) on a Crown Lands record?

KC: “We met Geddy a few years ago when we toured with Primus. Les was doing The Claypool Lennon Delirium gig in Toronto and Geddy came onstage to play Tomorrow Never Knows by The Beatles with them. So afterwards we went backstage and hung out. Geddy was really sweet, but he was more interested in talking about wine with Les, which is totally understandable [laughs]. He just came to see his buddy and we’re there like, ‘We’re not worthy!’”

“But who knows? I don’t even know what they think of Crown Lands. They could see this and think ‘who the fuck are these kids?’”

CB: “But we’re all inspired by somebody, so just own it! People take inspiration from everyone [moves camera to show Rush posters in their room].”

KC: “We haven’t met Alex yet, but I’d love it if we could jam with them. They’re in their own worlds and they deserve to enjoy their lives. They’ve been nothing but music for 40 years.” 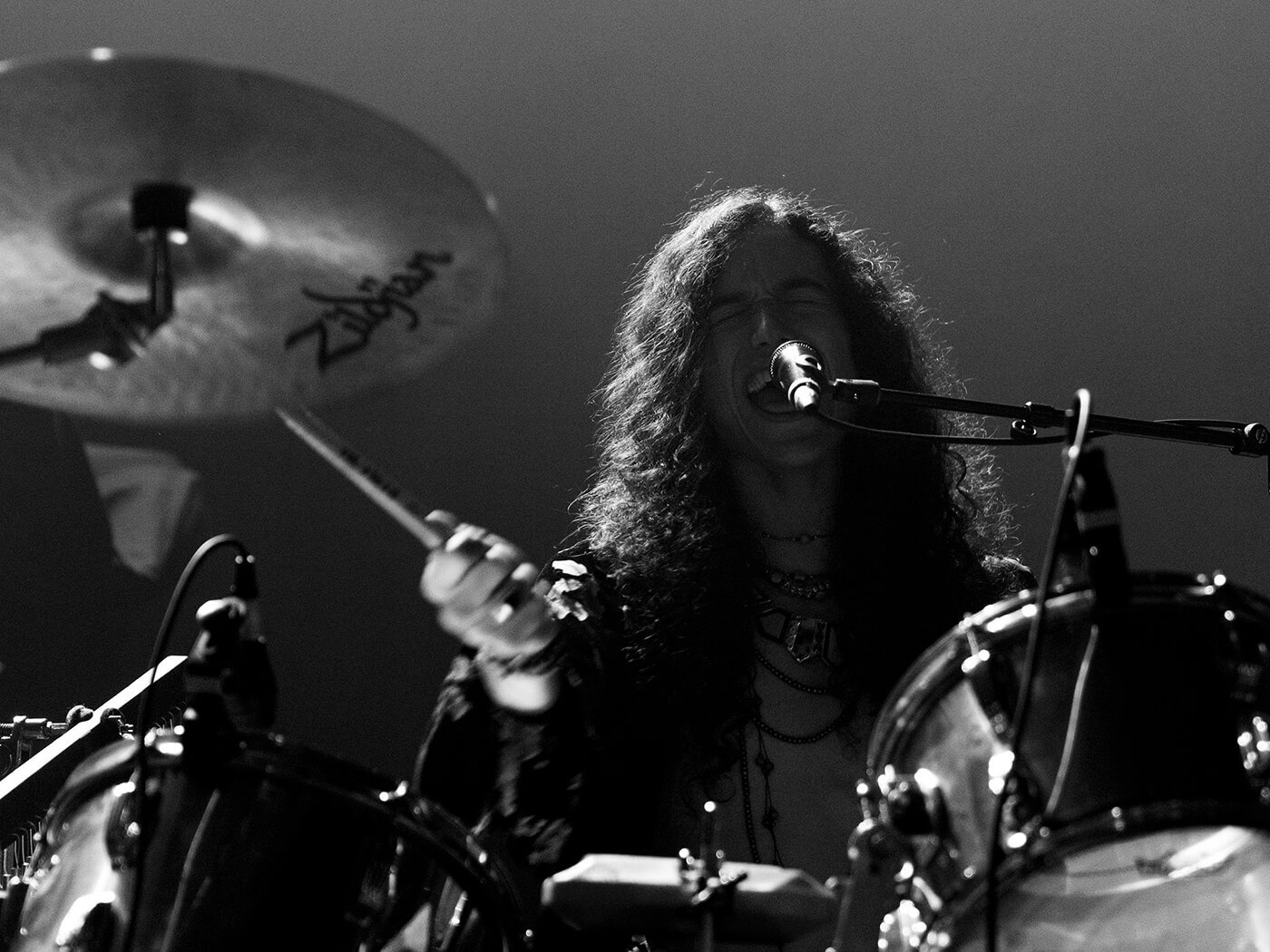 Tell us about your double-neck guitar/bass, Kevin.

KC: “It’s basically modelled on the double-neck that Mike Rutherford had custom-made for him in the early days of Genesis. I think it was on the Selling England By The Pound tour. It’s a 12-string, semi-hollow on top, and a four-string bass on the bottom. I have the 12-string just as an 11-string, so I take the higher chorus of the G string off. Because I do a lot of modal and open tuning, I find that most of my melody comes from the middle of the neck, so I use my G. You can kinda get that six-string lead sound while having the rest of the double choruses ringing out. Almost like a sitar.

“You can hear that on a lot of the new stuff. White Buffalo’s got that. The solo in Context definitely has that. Inner Light, too. It’s about trying to fill out space harmonically, which is why I’m really interested in open and modal tunings for the band. That way I can create harmony and melody with just one instrument, then I can focus on the counterpoint, the bass, with my feet. It does sound larger-than-life without having to resort to dirty tricks like backing tracks.”

Would you say it’s your favourite piece of gear?

KC: “No, Cody is! [laughs] The most important thing for me is probably my Taurus pedals. The double-neck is sweet, but it’s heavy, man. And pretty unwieldy. It’s the Context guitar, so it comes out for just one song in the set these days, because it’s such a special moment. I love it to pieces. When we toured with Jack White, I used it on pretty much every song and my back was so fucked after that!”

What show has been your most memorable so far?

CB: “There was this one moment on the Jack White tour when we played New Brunswick. The first note we hit, the crowd just erupted and cheered, which was amazing. That gave me goosebumps, and I’d never experienced that before.”

Where do you see yourselves in 10 years’ time?

CB: “I just see us having a lot of albums behind us, maybe a couple of world tours under our belts. And just being able to play in front of many more people.”