“I love the Strat for its shortcomings as much as for its strengths”: Dan Patlansky on discovering the blues, perfecting his picking hand, and his signature amp

Having made a name for himself around the world with his incendiary blues-rock performances, South African Strat-master Dan Patlansky is celebrating the launch of his 10th studio album Shelter of Bones. We catch up with the Southern Hemisphere’s top tone-hound to learn more

Ten albums is quite a milestone – congratulations. Given recent global events, recording a full album can be a massive challenge…

“Thank you! That’s very true. This album happened in three separate sessions and each of those was pretty much a full re-record. It’s so easy to get stuck in the details without appreciating the full sound and direction of the work. It’s only when you give it a bit of time and space that you realise that it needs more work. The first attempt was completely wrong. Quite frankly it was not an album that I would have listened to, which is a problem. So we kept working and, every time we tried, we got closer and closer, and then finally nailed it!”

“The rest of my time has been spent sitting in this chair for two years teaching guys all over the world. I’ve got my ring light, my mic – I just get on with it.”

You grew up in a pretty blues-free zone. How did your passion for music flare up?

“The southern tip of Africa is not exactly synonymous with psychedelic blues-rock guitar. That said, my parents grew up during the British blues-boom era and when I was a kid I was surrounded by Hendrix, Led Zeppelin, jazz, soul, funk – all that good stuff.”

“When you’re a teenager you don’t exactly admit that you enjoy the same music your parents listen to. That’s not very cool. Still, they got me my first guitar, a little nylon-string. Back then the vibe was that you should start on one of those and work up to what you actually wanted to play. Not very helpful when you’re into AC/DC… There was no-one around to tell me how to do it properly and so my guitar sat in the corner gathering dust.”

“Funnily enough, I often use the acoustic as a songwriting tool. I have a gorgeous Martin D-18, which does everything I need. I don’t count myself as a proper acoustic player but one of my best friends is Guy Buttery, who plays a Casimi guitar made here in South Africa, and when I played that instrument I could completely understand why they’re so desirable. It was just insane.” 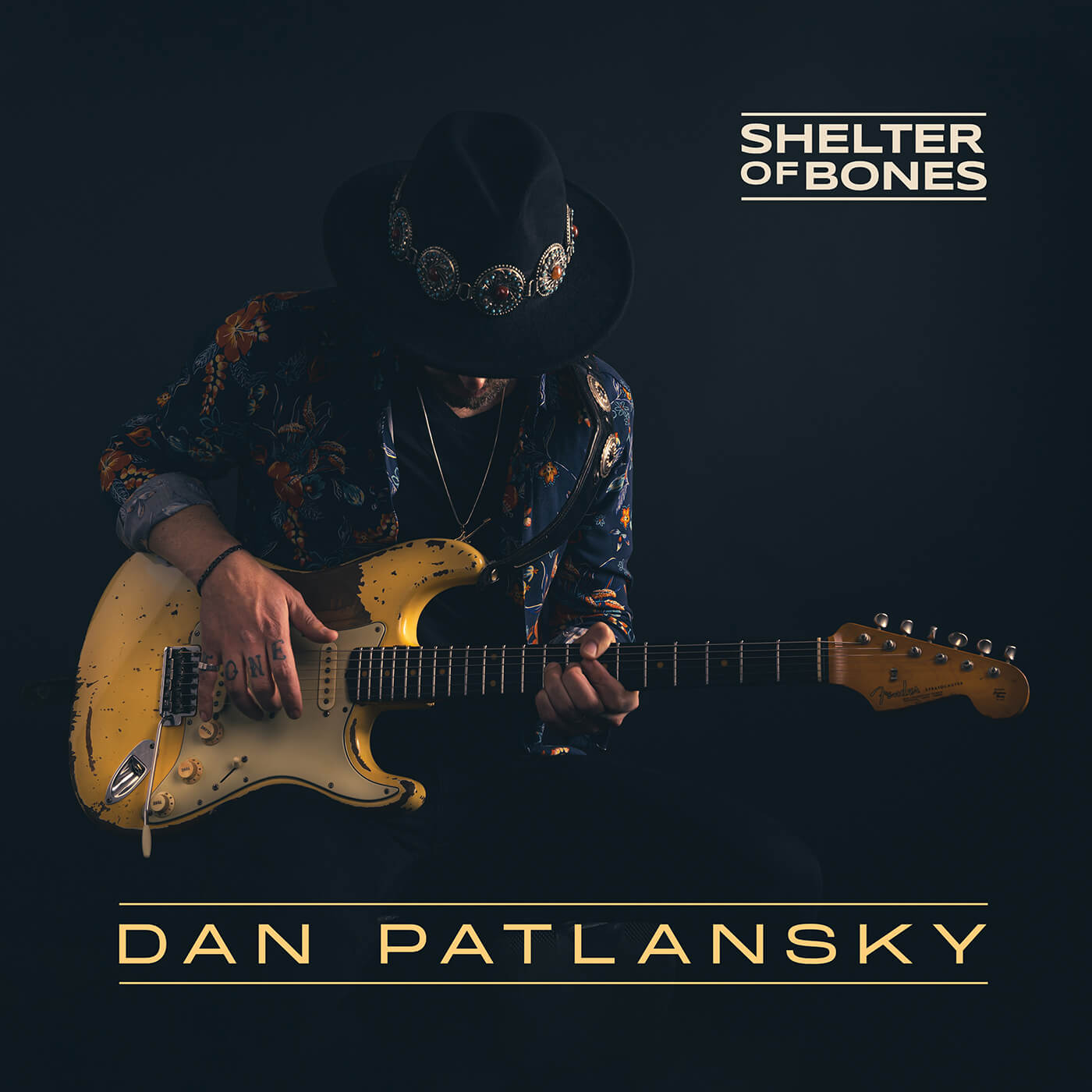 Sometimes a shot of youthful rebellion can really help! What was your first contact with the electric guitar?

“My love of the guitar was kickstarted when I got my first cheap Strat copy, which I’d saved up for. By that point I’d discovered Pink Floyd, so I knew it had to be the Strat. It’s just so beautiful and the sound just works for me.”

“I remember plugging into this tiny little amp, cranking the reverb and thinking, ‘That’s what I’ve been missing my whole life’. From that point onwards, practising was no longer a chore. It became a real passion and my playing really started to develop.”

Which players made an impact on you at that stage?

“As a kid you’re not really listening for scales or licks or whether someone is playing the changes. When I first heard Jimmy Page I thought his guitar sounded like a trumpet. He has that really mid-range, honky kind of thing that my brain just couldn’t handle. Now I listen to him and he just sounds like Jimmy Page, it all makes sense.”

“I remember hearing the wah-wah intro to Voodoo Child (Slight Return) and it drove me absolutely crazy. It was one of the coolest things I had ever heard. ‘How does a human being make that sound?’ I’m still not sure I know. It almost seemed impossible as a kid.”

“Another big moment was pretty much the entirety of Shine On You Crazy Diamond. To this day, I listen to it and it’s just perfect. It was one of the first solos I tried to work out by ear. When you’re a kid, your ears are pathetic and it took me forever to get it down – going up and down the string fishing for the right note. It was a great learning experience though.”

Given your influences, it’s no surprise that the Fender Stratocaster means so much to you.

“I love it for its shortcomings as much as for its strengths. There’s the lower output – a single-coil by nature gives you a thinner, more delicate sound. I remember coming up against a guy playing a Les Paul for the first time ever and thinking, ‘Wow, I’ve got nothing here’. Compared to the freight train coming out of his amp I sounded like a little mosquito.”

“It took me a long time to learn that by developing your picking-hand technique, you can get an absolutely colossal tone out of a Strat. It’s a voice that is very different in character to a PAF or a P-90. It can be very muscular, sculpted and powerful.”

“Part of the process was discovering Stevie Ray Vaughan. Fitting every guitar I owned with Texas Special pickups, buying the vintage Tube Screamer, the Super Reverb – all those things the guitar magazines said I should do. I even got the right hat. But my tone was still thin. It’s a steep learning curve but it really is all in the hands. If you look closely you’ll see what I mean.”

Your instruments have long been choice examples of both vintage and modern guitars. Do you have a favourite?

“My main guitar for many years was a 1964 sunburst Stratocaster. Sadly, there really isn’t enough rosewood left on the fretboard to make it work and the neck’s all twisted. It’s Brazilian rosewood too, so I was getting a lot of grief when I was flying internationally. It was almost confiscated in Hamburg, Germany.”

“My number-one guitar now is a Fender master-built by Jason Smith. The process took three-and-a-half years from start to finish, and the level of detail we went into was just insane: body weight, paint thickness, the whole thing. It’s a combination of two of my favourite guitars and I am absolutely in love with it. I’ve had it for a couple of years and it is the best Strat I have ever owned.”

“The wiring is five-way – I’m not that old-school that I can function with three-way. I like those out-of-phase sounds too much, and the bridge pickup is wired to the tone circuit too. But you know what, I’ve never needed to back it off with this guitar.”

What pedals do you have on your board these days?

“I’m using two pedals by Honey Bee, a young guy out in Hungary making this incredible equipment. When you connect with someone who understands your playing and just gets what you want, it’s very special, like you have the same eardrums or something.”

“I use his Dolly Dagger fuzz, which is a low-gain Fuzz Face-style pedal. My favourite, which I have not switched off since it arrived, is the Honey Bee Clean Drive. It’s a super-low-gain drive that just adds this very natural break-up, very subtle and three-dimensional. It makes a Klon Centaur sound like a Metal Zone. It’s the most musical thing I have ever heard.”

“Aside from the Honey Bee pedals, I use an RMC wah, a King Tone Soloist, a little homemade boost, and a Tech 21 reverb pedal. I much prefer digital reverb to analogue. It sounds great and it’s so much easier. I only have what I need on the board. I have a graveyard of pedals that have been evicted.”

Dan Patlansky's Pedals and Amplifier
1 of 6

You also have a signature Honey Bee amp model…

“I love that amp. It’s based on a 6L6 Fender-style amp but it’s solid-state, rectified for the huge, tight bottom end and all that headroom. There’s a silvery shimmer and brightness, and particular frequencies get boosted and cut. It has miles of clean headroom but you can lean in and make it roar. It’s not just farting out, like the speakers are going to land on the carpet in front of you.”

“At higher volumes, it doesn’t seem to get more distorted, just louder. I have no idea how that is achieved but it has become a huge part of what I do as a player.”

“It is also the most unforgiving amp I have ever played. When you make mistakes, they come blazing through the speakers just as loud as the good stuff. It is designed to do one sound incredibly well but you have to dial in the sweet spots and really learn how to play it. When you do, everything just makes sense and for me there is just no turning back.”

Dan Patlansky’s Shelter Of Bones is out now.