The Vancouver-based songwriter on her debut LP and the joy she finds in keeping things bare.

Dana Gavanski’s love affair with music began with her voice. Born to a Serbian family, she grew up immersed in the culture of kafana music and began to root her vividly emotional expression in vocal resonance. Given this gateway into her guitar-playing, it’s not surprising Gavanski prefers to shun the hyper-technical aspects of the instrument and instead focuses on its simple, organic tones. 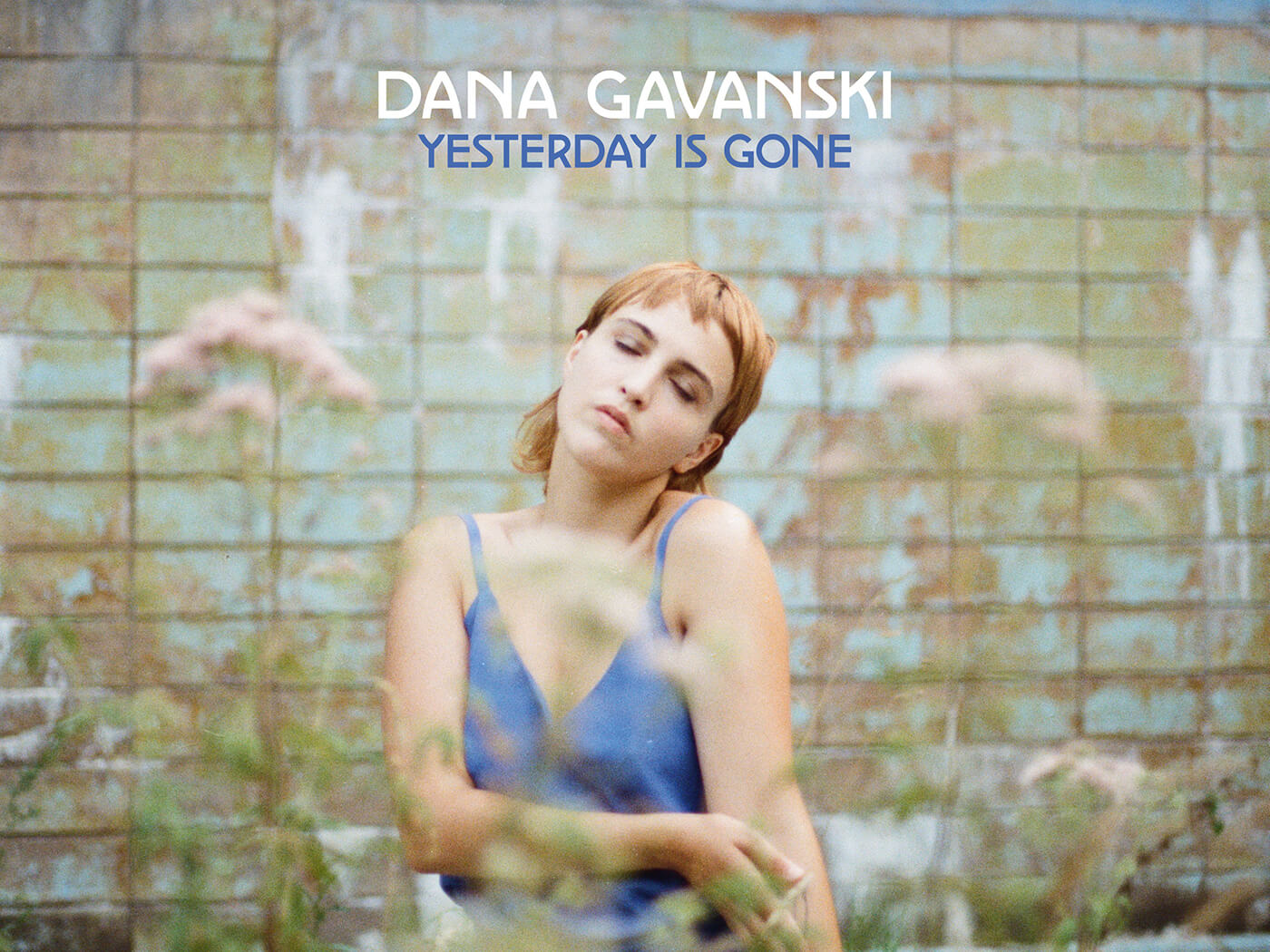 Her debut LP Yesterday is Gone is a soft, introspective exploration in learning to say what you feel. It builds upon the delicate folk roots of her 2017 EP Spring Demos and creates a more focused, determined collection where Gavanski produces a vividly emotional sonic experience. Finger-picked guitars glide alongside her words, while poppier synths contribute to a meticulously crafted wall of sound, one that’s diligent yet delicate. Co-producing the record alongside Toronto-based musician Sam Gleason, and Mike Lindsay of Tunng and LUMP, Gavanski says the collaboration allowed for a more experimental approach in the studio, one that was free of judgement.

Here, the Canadian songwriter tells Guitar.com about working within her own limitations, imposter syndrome and what it felt like to pick up the guitar again after she thought she had left it behind for good.

You decided to re-learn the guitar during your final year of college. How was that compared to initially learning?

When I picked it up again I had been kind of eyeing it throughout my college years but just not really expecting anything musical. During the period between, I believed that I wanted to become an academic and go into sound and be studying all the time in a library… I was in my last year and I had essays and projects and I had to work too, so when I picked up the guitar it was a really calming experience.

I didn’t really expect anything from it. I was surrounded by a lot of musicians at that time because my partner was a jazz musician; he played saxophone and I worked at the cafe where everyone played music and so that was kind of what inspired me to pick up the guitar again. Everyone around me was very encouraging and very kind, so I would take my guitar to school and I had a little studio where I had to work on sound pieces and instead of working on my projects, I would just practise guitar.

You wanted to keep things bare on Yesterday Is Gone. What is it about that kind of production that appeals to you?

For me, it has a lot to do with my own limitations. I haven’t been playing the guitar for that long and I’ve been constantly working on my technique and trying to learn more. I feel like at this point in my career, I’m finally starting to think more about tone and effects and what I want. Before, it was just a question of focusing on song structure and words and delivery. With the production of this album, it was so easy to get lost in thinking about what sounds good and what you think something should sound like and to feel this obsessive imposter syndrome.

What really helped me was working with Sam [Gleason] and then Mike [Lyndsey] as well; learning how to speak through the instrument in my own way. When I was working with Mike it was really freeing because there’s really no judgement. I really felt like I could write any dinky little melody and most of it sounded bad but eventually after working through whatever’s in your mind, something comes out. There’s a lot of beauty in simplicity and especially in limitation.

What were some of the techniques you used on the LP?

So with Other Than, the first section is classical guitar, so it’s just strumming. Very lugubrious strums and a lot of effects on it, delay and this tape effect that we did in Mike’s studio. We used a tape simulator effect on the classical guitar in the intro and outro, along with a surf guitar sound and slide guitar with lots of reverb. There was also a bit of phaser in the rhythm guitar. On What We Had we built the sounds on the dry rhythm guitar and used theremin-like textures, also known as violining the guitar, where you don’t hear the attack. That comes from the Electro-Harmonix Memory Man pedal with the blend and depth high.

On the album, I used my Epiphone Hollowbody Casino and there were some other guitar tracks overlaid onto it as well by Sam. It’s all quite new to me, speaking in technical language, I’m mostly just listening right now. It’s harder for me to know exactly what I’m listening to but I know what I like. 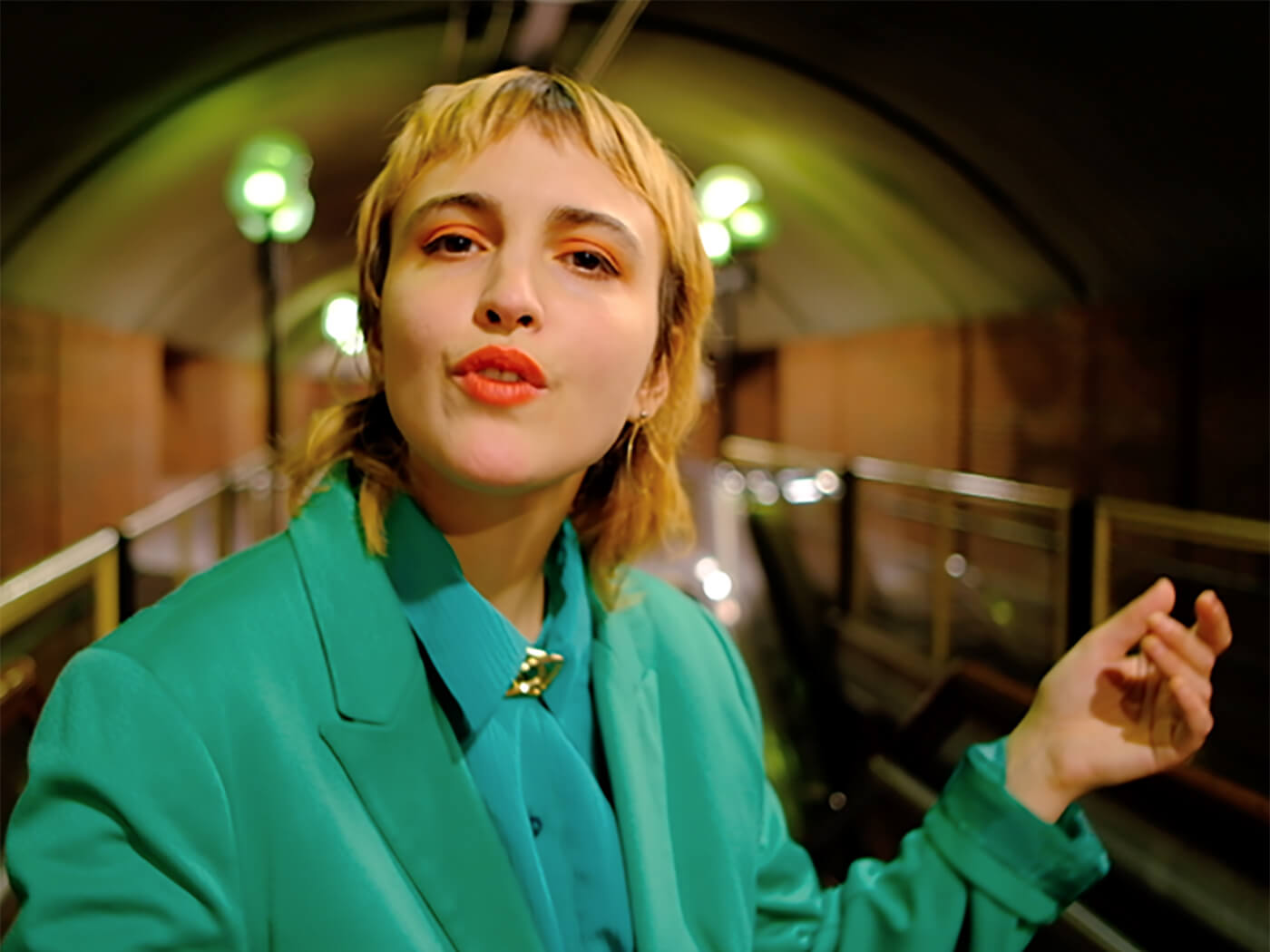 I steer in a much more folky direction. Pedals are quite a new thing for me. For this tour, I just had Sam’s amp which has created the effect of using an amp with the guitar instead of doing straight DI. It really created a much warmer sound. I used a Mooer pedal, a baby tuner. For the next tour, I have a lead guitarist that’s joining us and he usually uses a Electro-Harmonix Memory Boy pedal and some chorus effects. I haven’t felt like anything is lacking from not having pedals at this time, but it is something that I want to explore more in the next album and being a little bit more aware rather than just going by ear. It’s just about taking the effort to really invest in what I’m doing because at this moment, I’m really just picking and choosing. I want to ground myself more. I think pedals and effects distract me quite a lot, so it’s something that I’m planning on figuring out.

Tell me about your three-month trip to Serbia last year…

That trip was mostly a trip to learn more about the traditional styles of singing. Similar to English folk music or Appalachian folk tunes, I wanted to find something similar to that in Serbian because I didn’t really know anything about this traditional Serbian music. I heard mostly kafana music, I love kafana music, I grew up with it and it’s just fun and there’s such euphoria even in the sad songs.

When you go to a traditional kafana in Belgrade there will be a group of men with instruments, like an accordion, mandolin, double bass, guitar and they’ll be crooning into your table and everyone will be singing and smoking and drinking. There’s a beauty to the whole atmosphere that that music creates and it’s like a release and that’s what I really like about that kind of music. I went there to see my family but when I took lessons it was mostly just to hear different sounds and to simplify them and try to get to the root of Eastern European and Middle Eastern voices. I wanted to learn the technique.

Yesterday Is Gone is out 27 March, via Ba Da Bing Records.