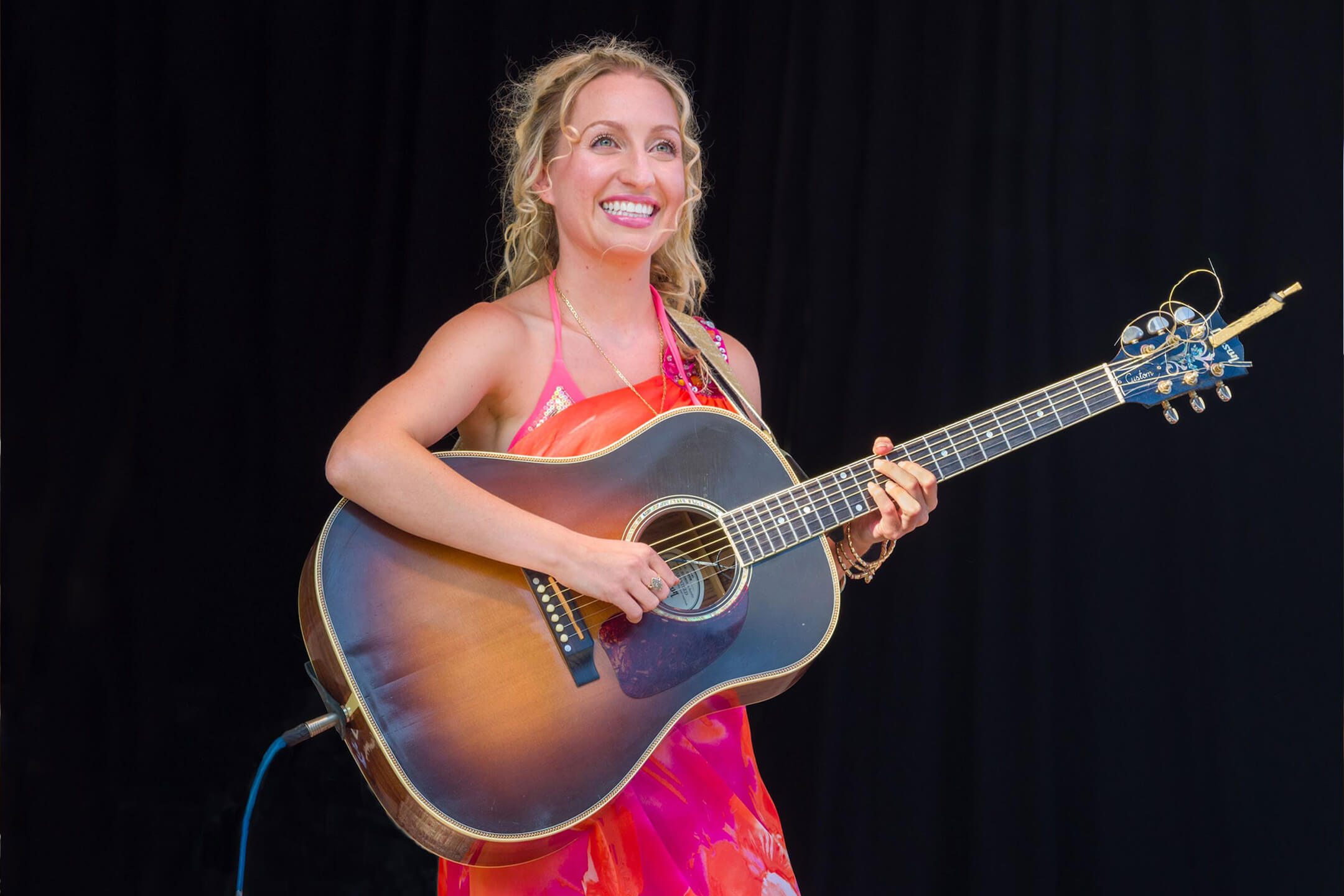 Danni Stefanetti chose the guitar instead of ballet – or did it choose her?

We get to know the Perth-born PRS Pulse artist

PRS’ Pulse program has been lifting up rising artists from across the world for two years now, with its third class being unveiled just this year. Joining the Pulse program’s Class Of 2023 is Australia-born, LA-based Danni Stefanetti. Having made waves with her soulful country-rock songwriting and playing, Danni now joins plenty of amazing PRS-toting guitarists being given access to the brand’s resources to grow. We connected with Danni out more about what being part of the Pulse program meant for her, and what’s in store for her fans.

At a young age my mum gave me the option to continue ballet (which I was terrible at). After flicking through the newspaper, I chose the guitar instead – but I feel like it chose me.

What drew you to PRS instruments specifically?

The sound of their guitars, it’s full yet sweet and the intonation is amazing. I would recommend the Silver Sky to all my musician friends.

What has being part of PRS’ Pulse program meant for you?

To be in the 2023 PRS Pulse program was an honour. Not only do I love playing and performing the PRS silver sky SE (Which I have nicknamed Presley). Being associated with one of the premier guitar companies in the world is a dream come true. Besides, many of my favourite musicians actually play PRS Guitars. Shoutout to Beverly, Travis and Winn at PRS!

What inspired the format of your live “Danni Speaking” show?

One day I was on the phone with my manager, just brainstorming out of the box ideas. He said you know what would be really great, if you started a music podcast & showcased not just your music but also your personality and your humour. We tried it, it connected, and I have a lot of fun doing it because it gives me a chance to interact in real time with a bunch of my loyal followers and fans on social media from all around the world.

How has social media in general changed how you work as a musician?

Social media has given me the opportunity to reach a global audience that I would have never had the chance to reach before. It allows me to update my fans with upcoming shows, new music and what’s going on in my world directly to them.

What differences have you noticed between playing music in Australia and the US?

What are you working on at the moment? Is there a new album or single in the pipeline?

I am just about finished mixing a live album to be released early 2023. I’m very excited about working on this live album, and I can’t wait for people to hear these songs in a live environment!

Which other independent artists are you listening to right now? Who should we know about?

A Nashville favourite band of mine and friends – William Lee Golden and The Goldens. William Lee Golden (of the legendary Oak Ridge Boys) has been a big supporter and friend. Check out their latest three albums! Ben Marsh, a Redlands musician, is awesome – and is also my bassist for projects. I’m a big fan of Lindsey Jade and Lucas Dila, Westward Sons, Chayce Beckham, Kate Staton, Lee Newton and Jane & The Jungle. And there’s also fellow PRS Artist Alex Williams.

If you could only play one guitar ever again, which would it be?

If you could go back in time to one legendary concert, which would it be?

Elvis Presley in the Aloha From Hawaii concert, in 1973.