The mysterious multi-instrumentalist, producer and guitar-builder discusses his recently released EP, why guitars should look cooler than they sound, and being a body double for Sacha Baron Cohen 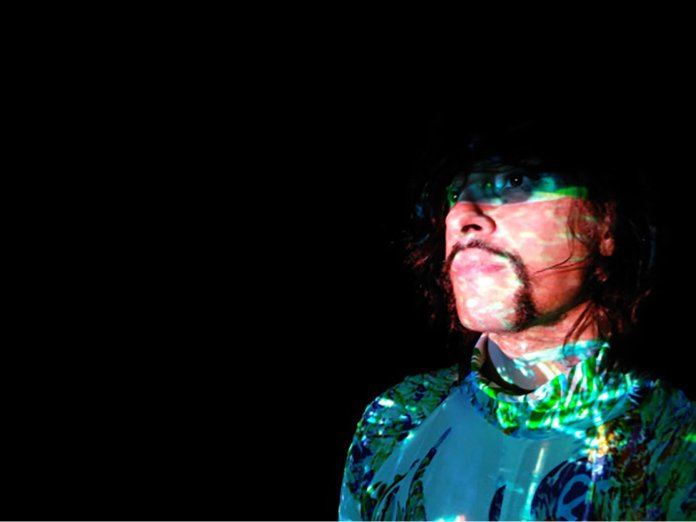 “When I was ten, a friend came to school strumming a badminton racket and going on about Buddy Holly. I remember drawing pictures of electric guitars that plugged directly into the mains, cos I had no concept of amplifiers or anything! Later, at big school, I started taking lessons from some old guy with a classical guitar who’d lie there with a newspaper over his face teaching you how to pluck one string with alternating fingers. Total, off-putting nonsense. Luckily, I ran into other enthusiasts who taught me a couple of chords and showed me some Hendrix bits. I loved Hendrix before I’d heard him, because someone taught me Purple Haze and it seemed incredible. That led me down the path of listening to old music, along with my uncle having an amazing record collection. I never had a pop-punk, post-punk or shredding phase as a kid, I just wanted to be Hendrix.”

“I’ve got quite a collection of weird guitars from the 60s, mostly UK made. All of mine get used, despite being a bit shonky. I feel like a guitar is cosplay, as long as it doesn’t slice your fingers off and sounds more or less in tune, the most important thing is how it looks and makes you feel. Over the last few years, I’ve mostly used a 1960 Fenton Weill Super Streamline and a Vox Phantom from ’65. The latter is probably the closest I get to having a normal, ‘playing’ guitar. I don’t have any Fenders or anything lurking, it’s total dedication to the dark arts of odd guitars. They both go into the same pedal – the only pedal that matters – a Colorsound Power Boost. I didn’t really understand it for ages until I got it into a rehearsal room, and it stripped the paint from the walls. It’ll have any amp begging for mercy. The Fenton Weill and the Vox both sound completely different, even through the pedal. The neck pickup on the Phantom has way more treble than the Super Streamline on the bridge pickup! Amp wise, I’ve currently got a Yamaha RA50 rotary, and a little Orange combo that I bought on tour when my Vox AC4 crapped out.”

What do you sound like and what’s interesting about your approach to playing
guitar?

“I have two main sounds, I guess. Clean, I like using the rotary cabinet, and I’m really into stereo guitar stuff. Having say, a reverb sound going through that and some phasing on the other output. With dirty sounds I let the Power Boost do all the heavy lifting. It’s not got the master volume at the side and with all the knobs up full, if you stop playing it screeches really jagged feedback, which I enjoy using in a rhythmic way. You can hear it a bit on Searching for Dimorphodons. I’m always after maximum excitement. Finding new sounds and techniques keeps me interested. I feel the same about guitars and synths. You’re using them to create a picture, so if the guitar part required is just one note swelling into loads of delay, then that’s what I’ll do. I don’t think I’m being contrary for the sake of it, but most ‘normal’ guitar sounds leave me cold. I want it to sound like things are breaking!”

“As far as the world knows, Dimorphodons has only existed for a couple of months, and they haven’t been ideal months for getting out there, but I’m super excited to do it when the time is right. I’m currently working on some filmed ‘live sessions’ where I play everything myself, to fill the gap. I’ve been lucky and managed to get loads of cool instruments for cheap or free over the years – including a broken double bass someone on Twitter gave me. When I was gluing it all back together, I reached in and pulled out a very dry mouse. I don’t see myself ever lugging that or the harpsichord to a gig, so it’ll be fun to do something that probably wouldn’t have happened under normal circumstances.” 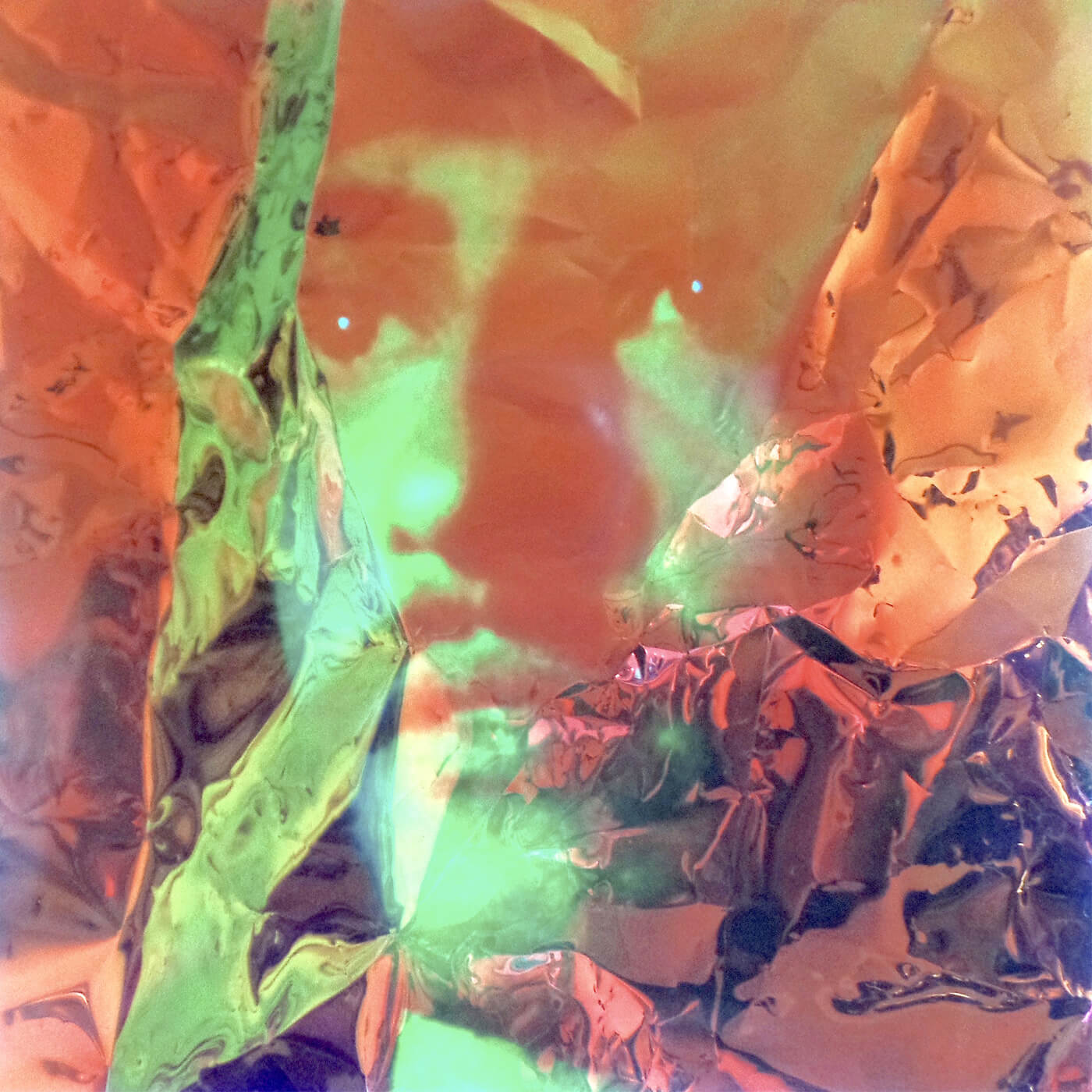 How does a Dimorphodons song take shape? What’s your writing process?

“They’re nearly always started the same way. I sit there with a guitar, noodling around, and the minute I find something that gets me excited I switch on the voice recorder on my iPad and start mumbling along. Then I normally get bored and wander off, and a bit later I’ll think ‘I remember this song!’, because I’ll have been carrying it around in the back of my mind, rationalising it. At that point I’ll write down words that sound a bit like the sounds I’m making up. If I’m lucky there’ll be enough real words in there and once I have a theme, finishing up isn’t too hard.”

You’re also something of a luthier. What can you tell us about your pink guitar seen in the video for The Factory?

“The body is from a mahogany coffee table Oxfam were throwing out, and the neck from some maple that used to be my manager’s kitchen work surface. The table had some holes on one side from the legs, so I put a maple top on and bound the edges. It’s semi hollow inside with just an island of unrouted wood where the bridge goes. Being a fan of old, odd guitars, which often have bespoke hardware, I always think it’s a shame when a cool shape ends up with standard off the shelf stuff, so I made a tailpiece and compensated bridge out of aluminium. It’s just as easy to work as wood, perhaps even easier as it’s never gonna splinter. I’ve got a couple of stereo guitars where you can flick the pickups between separate channels, but I’ve always wanted to hear some separation between the strings, so I set it up with a normal neck, bridge, vol, tone output and a separate mini pickup under the top three strings that has an on/off switch and a volume control. It sounds great acoustically and through a couple of different amps and delays you can get some super immersive sounds. Oh, and the scratchplate… I made a black one first, but thought it looked a bit boring, so ordered some ‘sex shop pink’ acrylic and moulded pickup covers out of sheet plastic in the oven.” 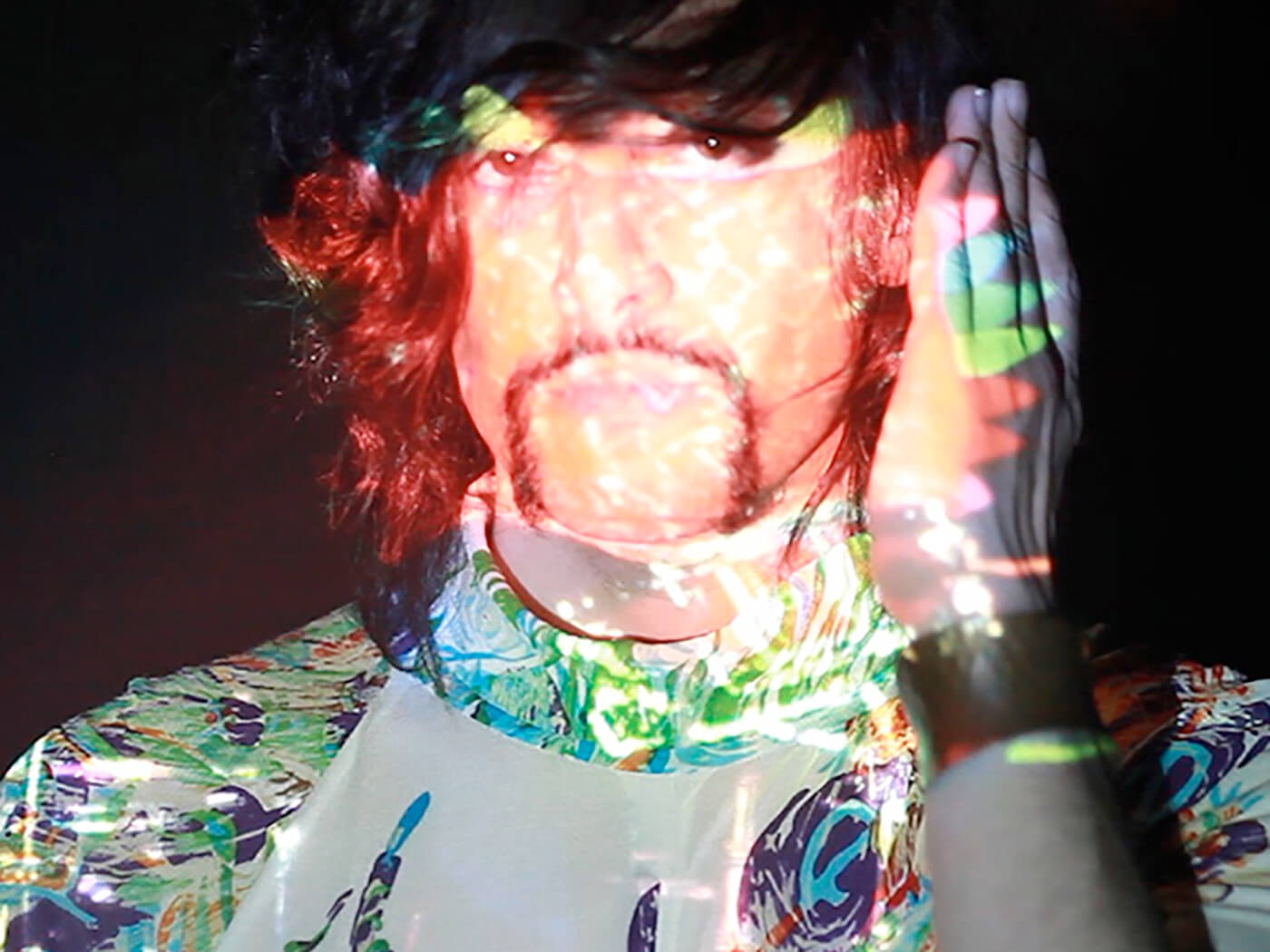 “The album’s due sometime next year, probably the first quarter, though I may creep some Bandcamp only things out between now and then. So far, the only track people have heard is Searching for Dimorphodons which is on my debut 12-inch EP that’s just been released. That’s a shoegaze, freakbeat track, but on the album there’s a song where I was trying to be Harpers Bizarre and Basil Kirchin at the same time, and another where I went for Blue Cheer. I don’t think anyone would really guess that’s what I was doing unless you’re a master impersonator and set out to do an exact forgery it’s always going to sound like you. That’s a long way of saying, I don’t think there’s one track that stands out for me.”

“The world is a wild and unstable place at the moment, so at this rate, probably ploughing through triffids in a lorry I’ve filled with guitars and records! Ideally though, I’d be living somewhere not too near any neighbours, occasionally surfacing to tour and ship a batch of custom builds. I’m not interested in status, flaunting a flash car or house, I’d just like to do my thing and pursue my interests.”

“In a past life, I have body doubled for Sacha Baron Cohen. I’m really close to him, size wise.”

Dimorphodons debut EP is out now.