On their fourth album proper, the genre-averse rock band once again push their boundaries into new and interesting territory. 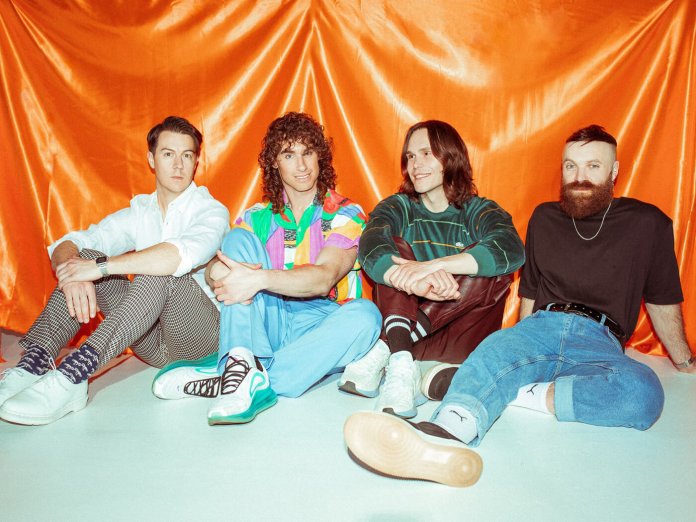 On Amazing Things, Don Broco refuse to settle, deftly moving between electro, rock, metal and hardcore with ease, creating a sound that’s reminiscent of Deftones, Linkin Park and early Incubus. Their previous album, Technology, landed in the top five in the UK charts and has earned over 100 million streams on Spotify, which resulted in a sold-out show at Alexandra Palace, plus a headline show at Wembley Arena. That success has only propelled them forward and on this, their fourth album, the band are once again determined to be one of, if not the most, unique and creative rock bands in the industry today.

Developing into one of the UK’s most exciting guitar bands, Simon Delaney remains a criminally underrated guitarist, effortlessly blending traditional rock techniques with expertly crafted riffs and a refreshing approach to recording. Staying true to his beloved PRS Custom 24 throughout, Delaney also utilises a Pawn Shop Stratocaster, even going so far as to keep his demo guitar parts and rerouting them through an AKAI tape machine to add character. Here, he discusses his favourite guitar parts on the new LP.

“On every record I feel like there’s one pedal you discover which becomes forever associated with that particular recording. For this record it was the Empress Effects Heavy pedal. We used this thing across EVERYTHING. Not just guitars, we were re-amping snares through it, basically throwing it at anything, and it made everything sound better! The inbuilt noise gates on it are mean but crazy useful, and you can drive it super hard while still keeping control.” 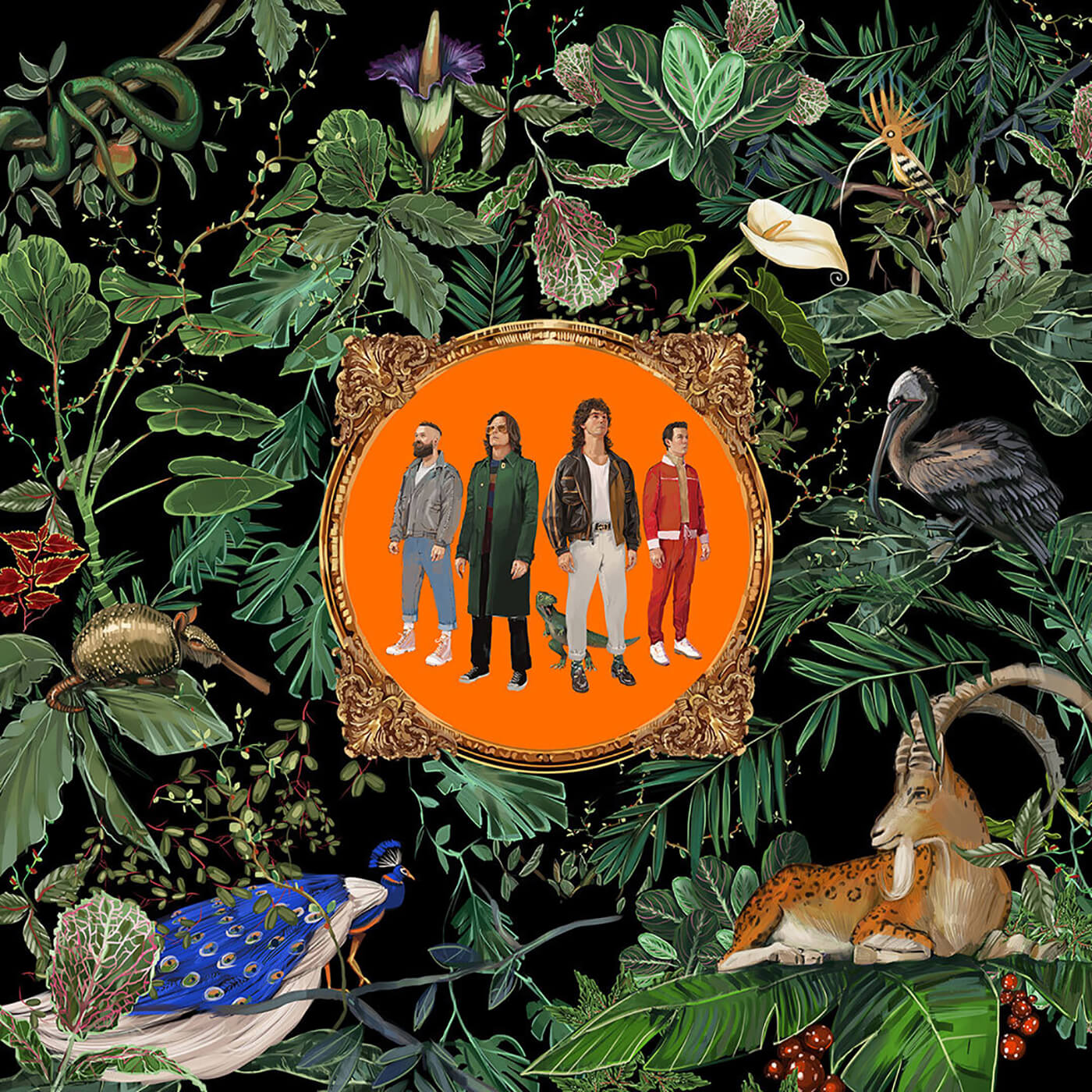 How Are You Done With Existing

“This is a pretty synth-led track, so it left a ton of room for me to go for straight-up traditional lead guitar parts. I love 80’s rock leads and solos. Bryan Adams, Bon Jovi, anything where there are reverb drenched leads is right up my street. I wanted to keep the solo pretty simple and loosely related to the vocal melody. I had a ton of fun coming up with it. The final tone ended up being my JCM800 with a TS-808 and a POG II.” 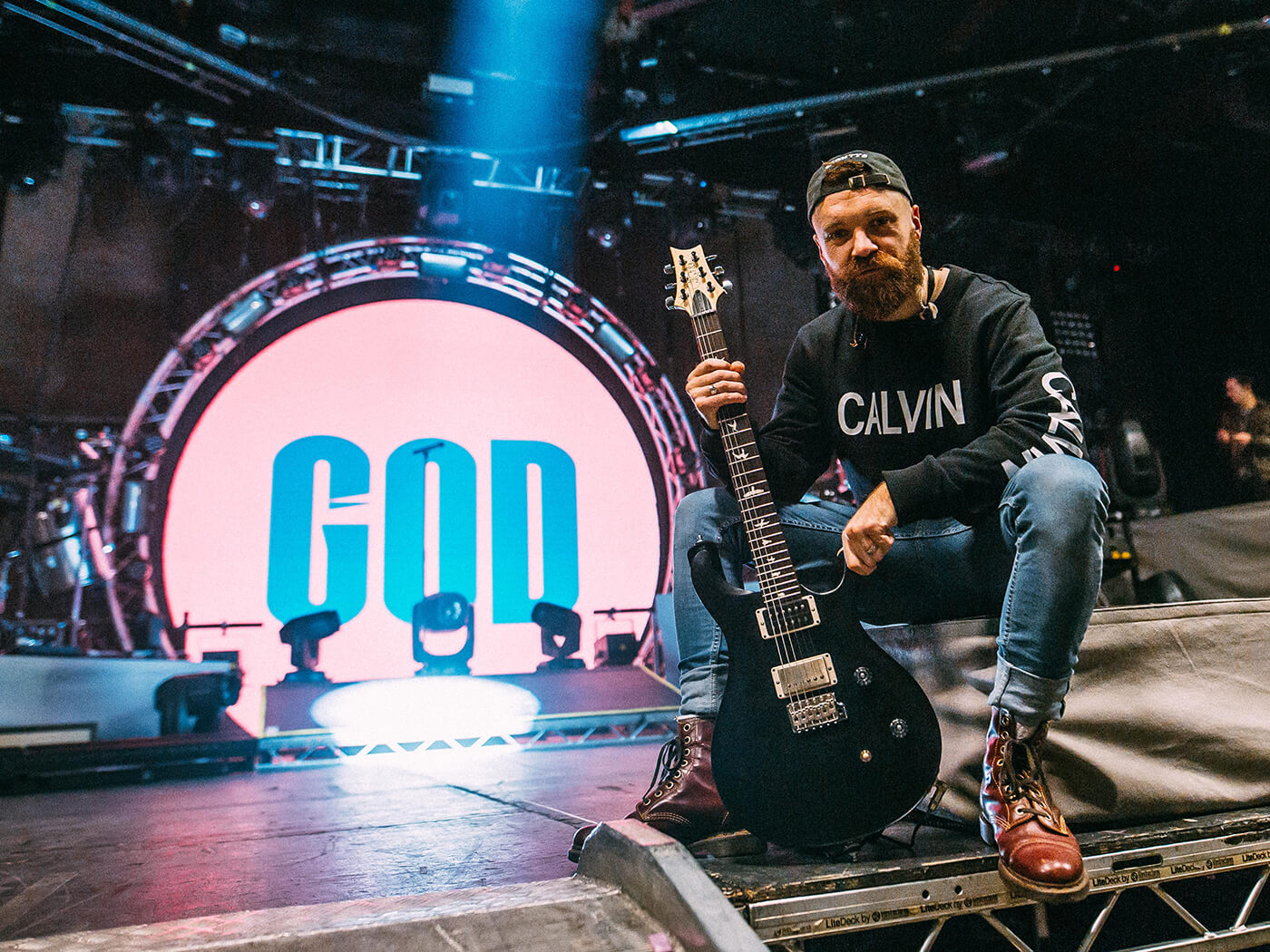 “When we were recording Endorphins I was messing around in the studio voicing the chords for that chorus in a more developed way. It sounded so good on the guitar but didn’t quite work with the vocal for that song. I knew there was something in the re-voicing I had been trying, so I went home, shifted the key of the progression slightly and wrote a new song around it. That song became One True Prince. Aside from the key being a semitone apart from Endorphins; the chorus chord progression is the same!” 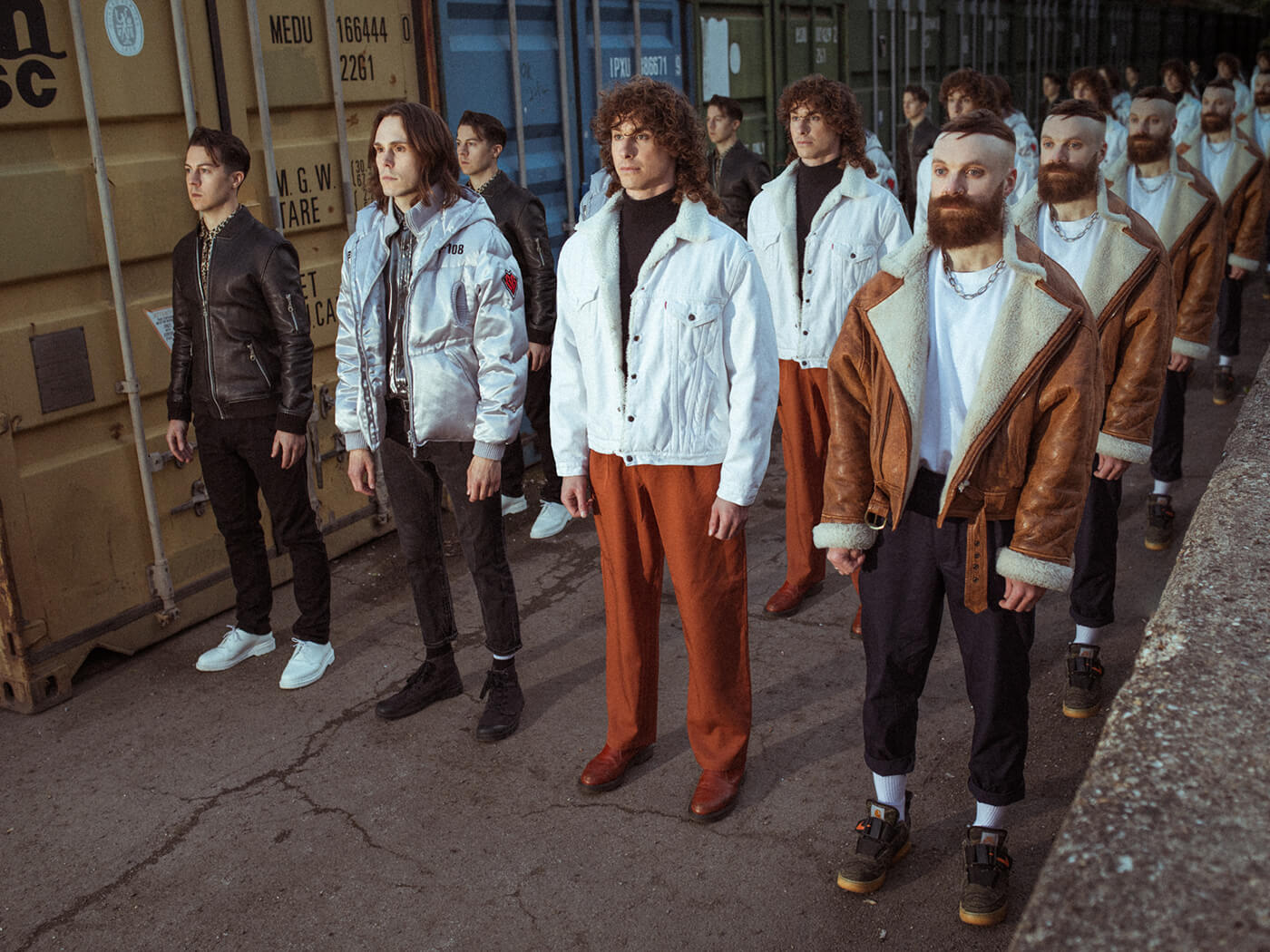 “In a lot of my demos I’ll be using amp sims for the guitars, some of which are amazing, but often lack that feel of realness and warmth. If there was a really special bit of demo guitar where I couldn’t match the feel of that original take, to give the demo guitar a bit more character and warmth we’d run it though the reel-to-reel tape machine. We were using a 70s Akai which our producer Jason had just bought, and it’s all over the record. You can hear it super clearly on the intro of Easter Sunday, where it’s my original demo guitar running through the tape, and I’m slowing the reel with my finger at points to make it flutter. It was a great tool to breath a bit of character into more sterile tones.”

“Anaheim was one of the first instrumentals I’d written for the record, it was at least three years ago now… The straight, quarter note guitar break was something I rattled off very quickly without really thinking about it. I just recorded it for the demo and then forgot about it for a couple of years. When we came around to write the song as a band, it was one of those moments where I played the demo back and thought, ‘Wow this part is actually SICK.’ When we came to recording it, I used my Fender Pawn Shop Strat through a stereo set up of a Bluesbreaker and my JCM800, with a ton of room mics in the mix to give it a real spread feel. Easily one of my favourite guitar tones and parts on the album.”