“We’re ripping it up but getting sensitive while we’re at it”: Dream Wife on their next evolution

Guitarist Alice Go and bassist Bella Podpadec talk gear, imposter syndrome and what their sophomore album sounds like so far. 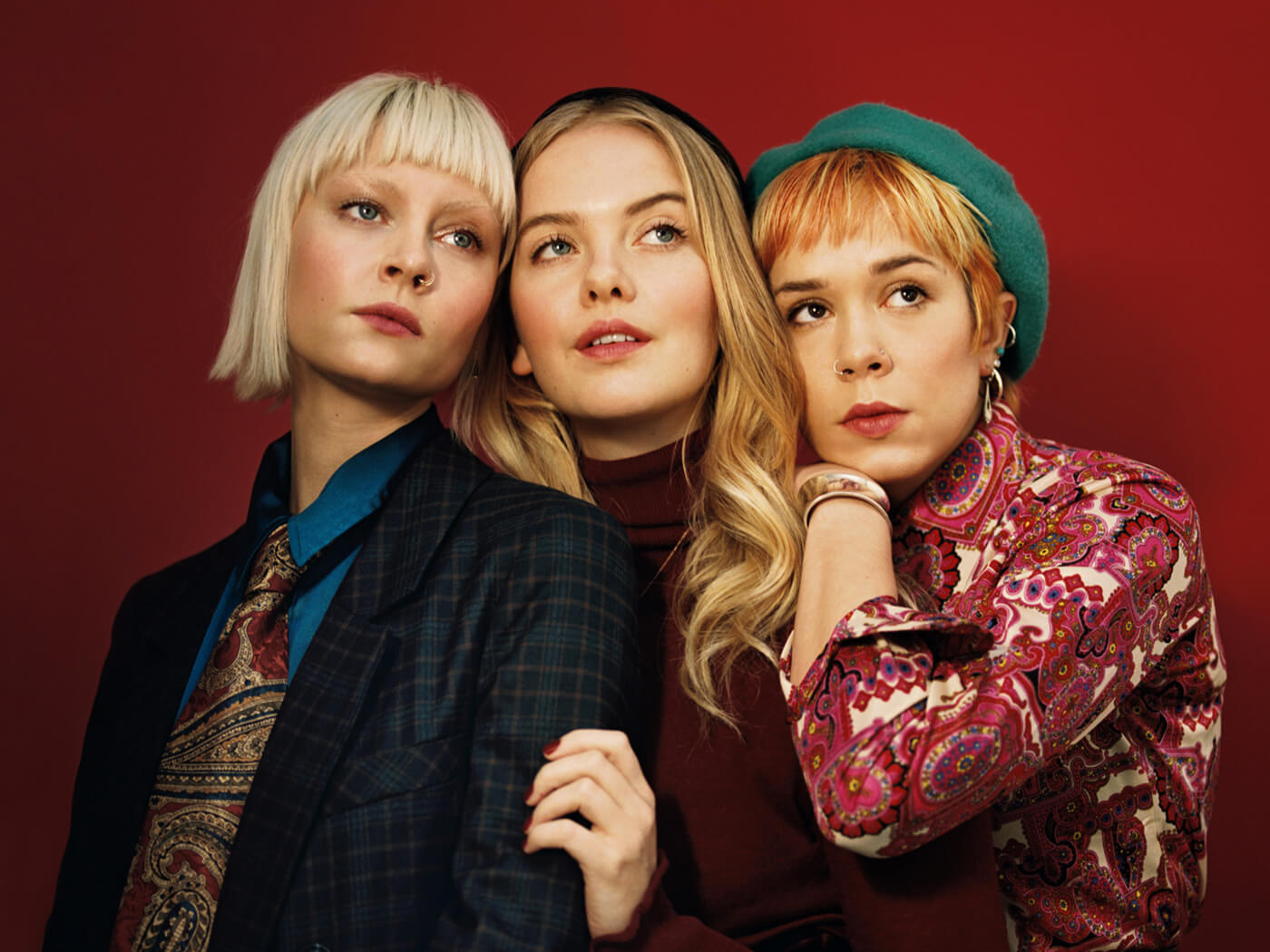 Dream Wife have come a long way from their beginnings as a school project. The London-based trio of vocalist Rakel Mjöll, guitarist Alice Go and bassist Bella Podpadec now fill rooms with exhilarating indie/garage rock informed by Blondie, Bowie and Bikini Kill – but five years ago, they were all visual arts students at Brighton University who came together over a Facebook message.

The trio realised they had more to offer than a one-time performance art project, and toured Canada and Europe with only four songs under their belt. In 2016, they released an EP on independent Brighton label Cannibal Hymns, and two years later followed up with their self-titled album on the label Lucky Number: a confident, charismatic record with electrifying guitar leads and sticky hooks to spare.

Dream Wife’s star is on the rise, buoyed by a stellar album and livewire gigs. But they’ve been taking pains to ensure they bring their community with them. Last year, Dream Wife put out an open call for female and non-binary bands to source support acts for their headlining tour of the UK. They picked seven acts of the 433 submissions they received, and earlier this year put out a mixtape of songs by those bands to fundraise for Girls Rock London.

Guitar.com recently caught up with Go and Podpadec to talk about gear, imposter syndrome and what their sophomore album sounds like so far.

How did you pick up guitar and bass? Did you have any early inspirations or role models?

Bella Podpadec: I only really started playing bass for DW, so it’s been kind of straight in at the deep end, frantically trying to figure out what I’m doing as we do it. It’s a great way to learn. Honestly, my biggest role model has probably been Alice. A is a fearless and dedicated musician.

Alice Go: I remember there being this cheap nylon-string around the house when I was a kid, then I joined this band in year six and suddenly upgraded from being the bongo player to electric guitar player, as I had begged my granddad to get me an electric guitar that Christmas and my dreams came true.

As I am left-handed, my whole thing with guitars, until fairly recently really, was about never being able to access the guitars I wanted. Your choice is instantly limited, and it has always been a process of modifying and taming right-handed axes and taking ownership over this object that wasn’t designed for the way your body likes to operate. This ethos runs in parallel to my guitar style, which has also been about figuring it out on our terms and not necessarily adhering to the pre-existing structures.

How have your relationships to your instruments changed over time?

BP: Bass is a really beautiful space to occupy within a band; it is grounding and glue and comes from my lower belly. It’s only been through the writing and recording of this album that I have really been like, ‘Hey I can actually play’, but with that comes the knowledge that I always could. Imposter syndrome is a phenomenon that disproportionately affects womxn and talking about this is important.

AG: As a teenager my guitar was in a lot of ways my best friend. If I felt lonely or like an outsider it was there for me, it helped me figure a lot of stuff out. It was a source of power in this private way. Now as a professional musician my relationship to the guitar still feels highly personal, but I get to share this excitement and love with my bandmates and people who support Dream Wife. Guitar feels like something I can share in and through this can fly some kind of flag in the name of figuring it out on your terms, in the name of music.

Who are some guitarists and bassists you discovered via the Dream Wife open call for female and/or non-binary bands to support you on tour?

BP and AG: We were totally spoilt when we put the call out and got such a positive response from so many talented female-identifying and non-binary musicians.

Some of our favourites were Ella Risi, the guitarist from Dollie Demi, our support band in Manchester. She can really rock and has some severely catchy riffs. Also stand out was Hannah Pidduck from the Brighton two-piece Arxx. Also a powerful vocalist, she rips it up on guitar and really fills a space.

What gear and instruments were integral to the sound of your debut album?

AG: I have been obsessed with Burns guitars for a long time and have a left-handed Marquee which we have been touring with since the start of this band. The twangy yet full-bodied sound of this guitar carried all of the guitar sounds on our debut. It is like the best bits tonally from both a Stratocaster and a Telecaster, but damn do they look cooler.

What are your current rigs like? Any gear you’re particularly in love with?

BP: Switching to a short-scale Fender Mustang was a rental game-changer for me. I always had this thing where I wanted to wield this huge axe, to operate something so big. But I accepted how much easier it was to work with an instrument that fitted my body and didn’t give me chronic back pain. I also love my Preacher pedal.

AG: I’m currently using a Marshall amp, which as a teenager I swore I would never do, due to the macho connotations I associated with that brand at the time. Since trying a Marshall out over the festival period last year, I got turned onto the way they can really make a guitar growl. I didn’t expect to be a Marshall girl but hey, I can’t deny the ultra drive.

Can you tell us anything about the new album and the sounds you’re exploring? We see you’ve been in the studio with Marta Salogni.

BP: It’s been incredible working with Marta. Not only is she incredibly technically proficient, she understands the emotional subtlety, humour and aggression in what we do. She is intuitive, relaxed and hilarious. Working in a space of mutual trust and respect is valuable beyond words.

AG: Think of the Dream Wife sound so far, and push that to the extremes. We are ripping it up but getting sensitive while we are at it. This is next level: D.W. 2.0, to the max! The new material feels fresh and exciting to us. We can’t wait to share the new music with you all.