“The enthusiasm of our playing is genuine”: Dry Cleaning on the energy behind 2021’s most interesting new rock band

Guitarist Tom Dowse on how the spoken word post-punks finally stuck the landing on debut album, New Long Leg, finding his home with an SG, and why his hardcore roots mean he’s always searching for the guitar’s exploding colours. 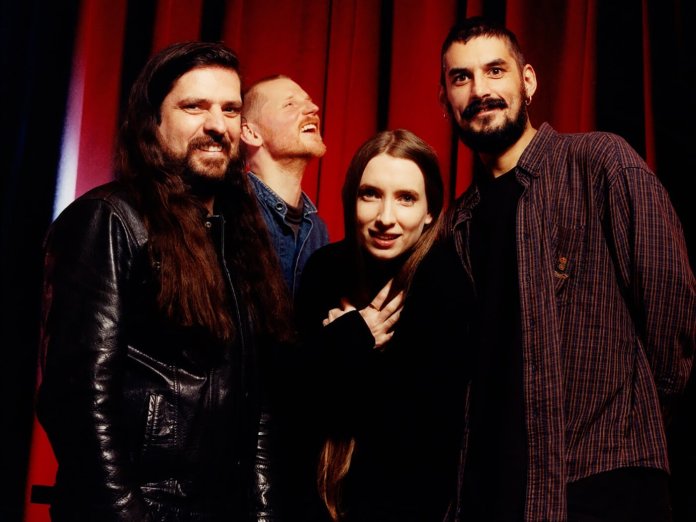 Have you ever found yourself outpaced in a conversation, adrift like a sitcom character in a moment of high-cringe, the punchline always on the tip of someone else’s tongue? The same feeling wells up time and again as Dry Cleaning’s first album New Long Leg moves through the gears, with Florence Shaw’s droll spoken word bound to her bandmates’ knotty post-punk riffage in a spiral of one-upmanship.

The south London group’s songs are excerpts from a four-way discourse with its roots in extemporaneous rehearsal-space jams, and guitarist Tom Dowse does a lot of melodic heavy lifting as Shaw fires off one liners, adding deadpan bite to imagery that won’t quit. “Kiss me, better you, only when we must,” she half murmurs during the standout Strong Feelings. In the pause between the first two words and the rest of the phrase a ringing lead line unfolds as it has threatened to do so all song – Dowse sees the gap, and arcs a pass into the channel.

“Flo is doing something so rhythmic that it gives you a lot of space,” he says. “It’s ideal for someone like me. A lot of our jams start with a guitar part I’ve got at home. In a way, you’re bringing what you would want to do in a song already, and I tend to be quite hook-focused. I play a lot at home and I’m always looking for something to grab my attention first, something that sticks in my head so that when I go out and walk the dog, or when I’m on the bus, or whatever it is, it keeps coming back to me and I can’t wait to get back to the flat to play it again.”

Dowse speaks with quiet fervour about the band’s process, referring more than once to the ‘energy’ that they feed off when an idea begins to percolate. It might shift from his guitar to Lewis Maynard’s bass before drawing a response from Shaw and the skins of Nick Buxton’s kit, becoming a Dry Cleaning song along the way as the wheels pick up momentum.

“It’s this really nice symbiotic, organic relationship – I’ll show you something, you react to it, I’ll react to that, and we get something that no one expected,” Dowse says. “That’s where the energy of the band comes from. It comes from the fact that it’s four people really responding to each other. When you hear the enthusiasm of our playing it’s because it’s genuine. I would never have written Dry Cleaning music on my own. It doesn’t matter how many guitar parts I might come up with as generators for a jam, there’s no way I would have made up a band like this on my own.”

“You have to put the hours in, to entertain everyone’s concerns or interests,” he continues. “If someone thinks there’s something worth exploring, it’s for the health of the band that everyone goes with that for a while. It’s the same if one person has trepidation about something, you have to accept that. When you get to something that all four 100 per cent agree on, that’s where the energy is. Once you’ve seen that a few times, you trust it more.” 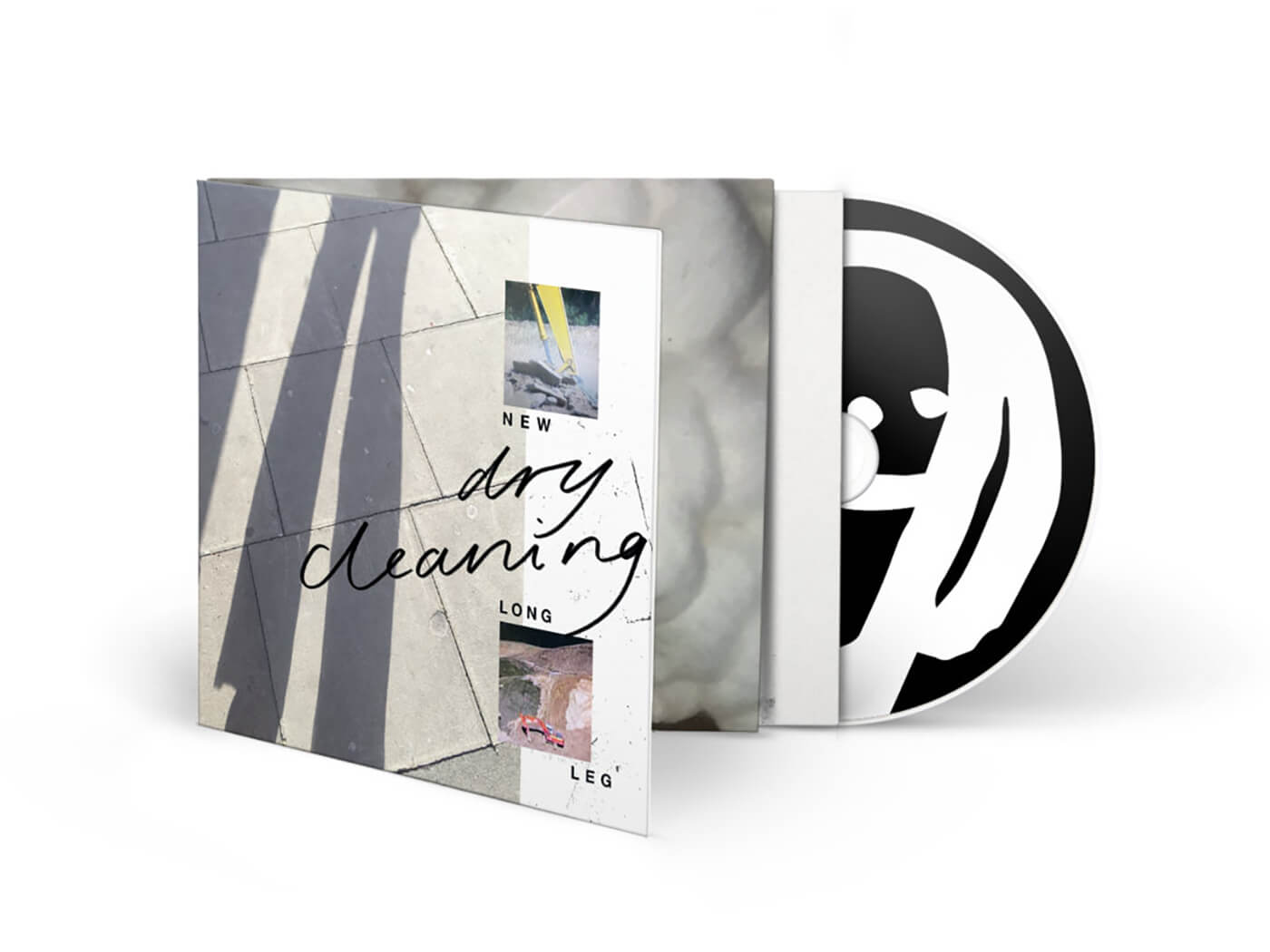 Dry Cleaning started out as an instrumental trio several years ago. Shaw, a friend and visual artist, was invited to join soon after their first thrashings, tipping the whole thing on its head with her sardonic, Britpop-in-a-circus-mirror style. Their 2019 EPs Boundary Road Snacks and Drinks and Sweet Princess are good records that have an air of almost-but-not-quite about them. New Long Leg sticks the landing in a way they weren’t able to previously, bolstered by arrangements that feel more concrete and a guitar tone that trades the insistent reediness of early releases for something bullish and muscular.

Given the breadth of his remit within the band it’s remarkable just how strange much of Dowse’s work here is, and equally remarkable how many of its oddball features are hard-coded into the songs. The recording process, completed during two weeks with producer John Parish at Rockfield in Monmouthshire, was about capturing those elements first, before spiralling off into anything more esoteric. “I’m not a very technical player,” Dowse says. “I like to get emotionally into something, I like to zone out on things. That doesn’t really suit the studio. It rarely happens that you have an emotional response to a take.

“There’s too much pressure, really. I try to get something down that I’m at least slightly happy with, and I like overdubbing. I like to move on to other instruments and other sounds in the studio, I can hear things that complement other things. The studio is an interesting place, because it’s like a toy shop. I like the possibilities that are opened up by multitracking and being able to listen to something back and add things to it.”

In tandem with Parish and engineer Joe Jones, Dowse warmed to his task as time wore on. After recording live from the floor as a three piece he leaned hard on some curios that emerged from the Rockfield vault to finesse his contributions. “Joe kept bringing out little bits of kit for me to try out. I was getting more and more interested in that,” he says. “He has a Traynor TS-50 amp, and just from my days in hardcore bands we were all about valves. I’ve avoided transistor amps. But then he brought this thing out and I’ve never heard such a meaty transistor amp. He was also doing things like DI-ing the guitar. It just gave it that ugliness. He realised that I might be a bit more up for that than a lot of other guitarists, who want this rich, warm tone.”

Dowse also points to his 2012 SG Standard and the chorus-drenched reliability of his existing live rig as key players in New Long Leg’s sure footing and beefed up mids. “On the tour before that, I’d been playing with a Fender Hot Rod DeVille, which I absolutely love,” he says. “It’s a 4×10, super powerful, you can really drive the valves and get this lovely, gritty ‘70s sound. I don’t even have P-90s in the SG. I use the bridge pick up, which I think is the 490 T. It’s just got that really great combination of warmth and grit. It sounds quite trashy when you want it to. It really responds to how you play it. If you play it gently it sounds good, if you hit it really hard it sounds dirty.

“The first two EPs I’d done on a Silvertone 1478, with the Bigsby tremolo. It had that really nice twangy sound to it, but I started getting really into things like Black Sabbath, and having that thicker sound. Also there’s my love of Sonic Youth and noise-rock. At Rockfield, I had my DeVille and we did another track through an old AC-15. Now, live I play through two more amps. I’ve got an AC-30, a machine-wired one so it’s not quite so warm, and I also have a Roland Jazz Chorus bringing in a little bit of that weird sound.” 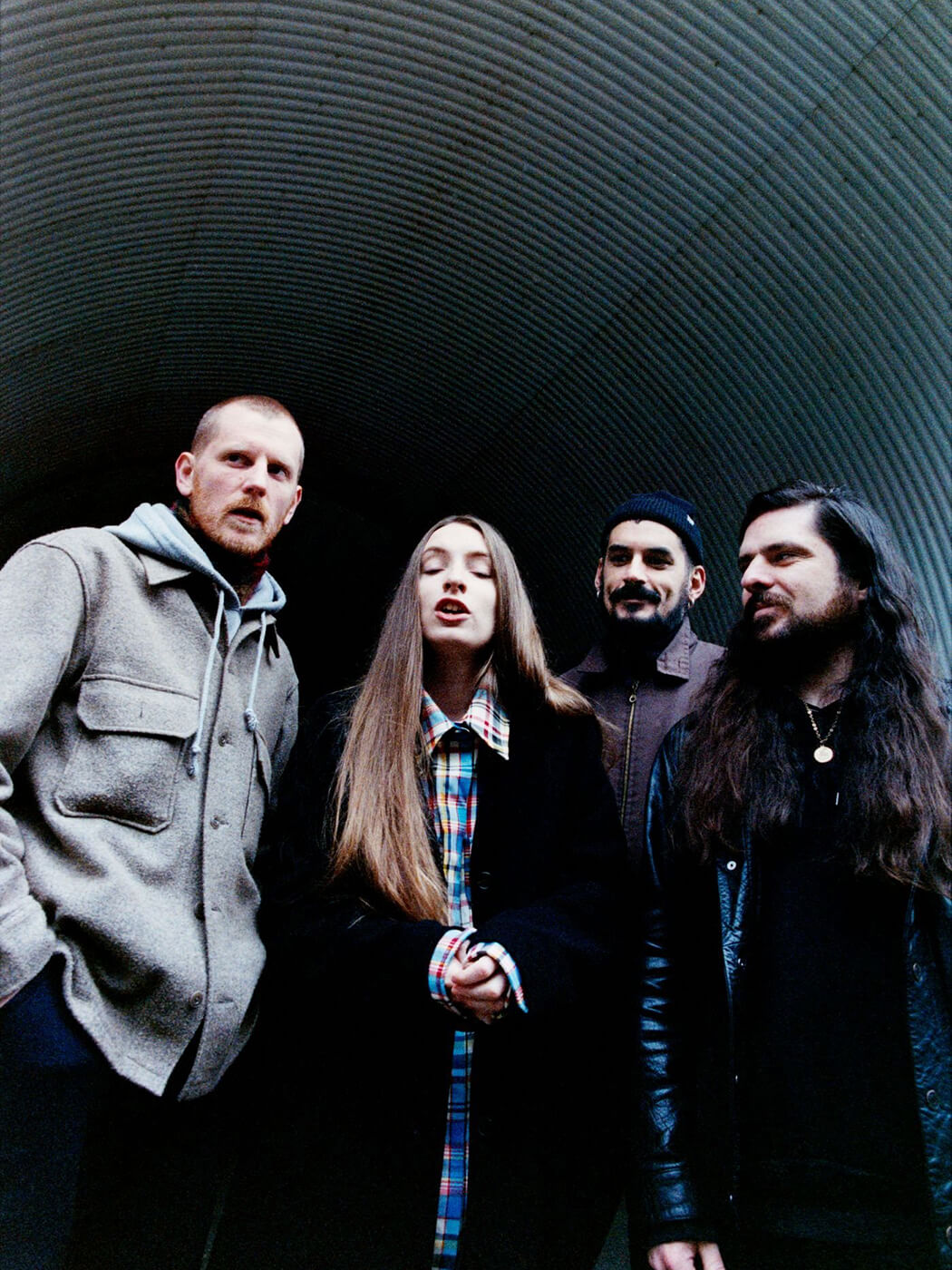 Dowse’s hardcore roots are interesting within the context of Dry Cleaning’s music, chiefly when you begin to think of transferable skills. He grew up in Gillingham, a Kent town with no alternative scene to speak of, and didn’t pick up a guitar until he left school. At art college he learned how to play drop D power chords from a friend, and when he arrived in Canterbury for university he found one of the most impressive hardcore scenes in the UK spreading out around him. He joined a band called November Coming Fire, an offshoot of local straight-edge legends xCanaanx, on bass. “We’d go to college all week and on weekends we’d be playing shows around the UK,” he recalls.

Dry Cleaning are not a hardcore band, but Shaw operates in much the same way as a hardcore vocalist might – melody is not her primary concern. Her approach foregrounds a fascination with rhythm, timing and bone-dry humour, leaving Dowse to find interesting, inventive ways to add hooks and accents. “One of the things I loved about hardcore and metal is its willingness to be intense,” he says. “It’s almost like it’s willing to emotionally overload the sound. You’re not really left in any doubt after you’ve heard Converge about what the emotion is in that, and that’s a style of music where the singer is literally barking noise.

“I always saw hardcore bands as more like abstract paintings. I never really found them that aggressive, they were more vibrant than that. The guitars seem more colourful in that kind of music. Dave Knudson’s playing in Botch was almost like looking at a Jackson Pollock painting, colours exploding all over the place. He never just plays a note. He always bends into it or slides out of it. Everything has so much character. That’s what I got from hardcore.”

Dry Cleaning’s New Long Leg is out now through 4AD.