Find out what these megastars have to say about their artist models. 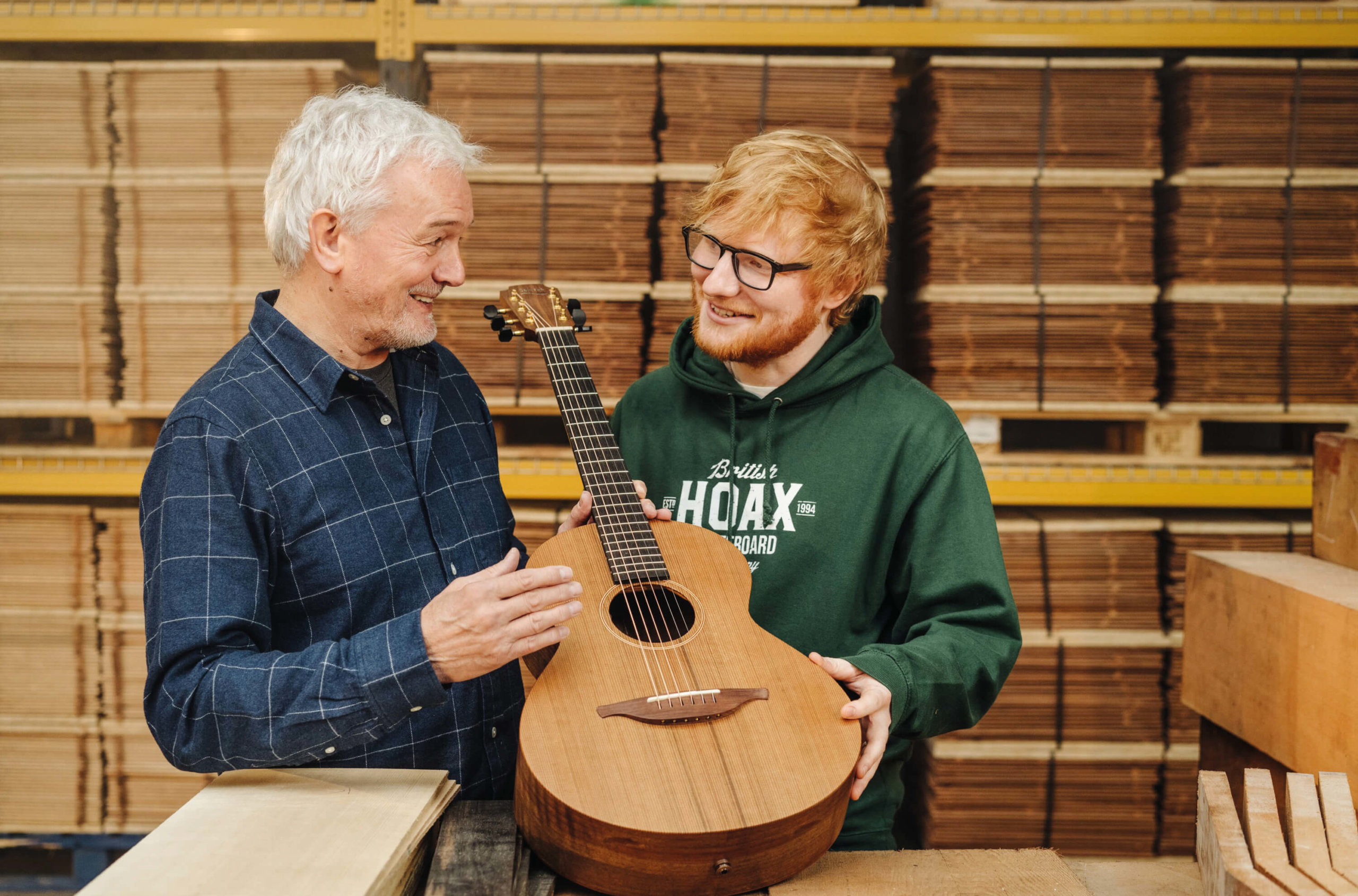 If artist models are a thing of the past, then the guitarists on this list didn’t get the memo. While the rest of the six-string world debates the relevance of guitar heroes, the John Mayers, Ed Sheerans and Steve Vais have continued to collaborate with brands to produce inspirational instruments. Read on to find out how some of these signature models came about, and more importantly, what these stars have to say about them.

Multi-hyphenate Ed Sheeran (pictured above) rocked the global guitar community when he announced his new brand of acoustic guitars, Sheeran by Lowden, at NAMM 2019. Born out of his friendship with Lowden head honcho George Lowden, the new line was created to “make these quality guitars, but make them slightly more affordable,” Sheeran revealed at the launch event.

Eight guitars across two small body sizes – the S (small) and the W (wee, based on the Wee Lowden) – have since been revealed. We put an S04 and W02 to the test, and found both are extremely playable and harmonic guitars.

Saul Hudson, aka Slash, has become synonymous with the Les Paul, and has numerous Gibson signatures to his name. With the ‘new’ Gibson regime in full swing, it looks like the global brand ambassador is about to get even more signature models.

Speaking to Guitar.com, Slash was careful not to give away too many spoilers – but he still described what to expect. “There were developments that were happening right towards the end [of Gibson’s previous regime] there that I couldn’t adhere to,” he said. “But now we’re back to the traditional Les Paul – it’s fundamentally the same guitar, it’s pretty much a Standard. But the new one that I’m working on with them… I’m not going to give out too many details, but they’re cool, and I’m playing a couple live right now.”

Duff McKagan is another legend to get a signature model this year. Dubbed the Duff McKagan Deluxe Precision Bass, the Fender instrument was inspired by the 80s-era Jazz Bass Special he used on Guns N’ Roses’ Appetite for Destruction.

“It’s the gold standard. I’m not trying to be a company guy or anything, that’s just the way it is. I have other basses, sure, but I don’t really know why I’d go anywhere else,” McKagan told Guitar.com. “I never thought as a kid I’d have a signature anything, the best bass players out there all use Fender. So for me to have two distinct Fender signatures is kinda mind-blowing, really!” 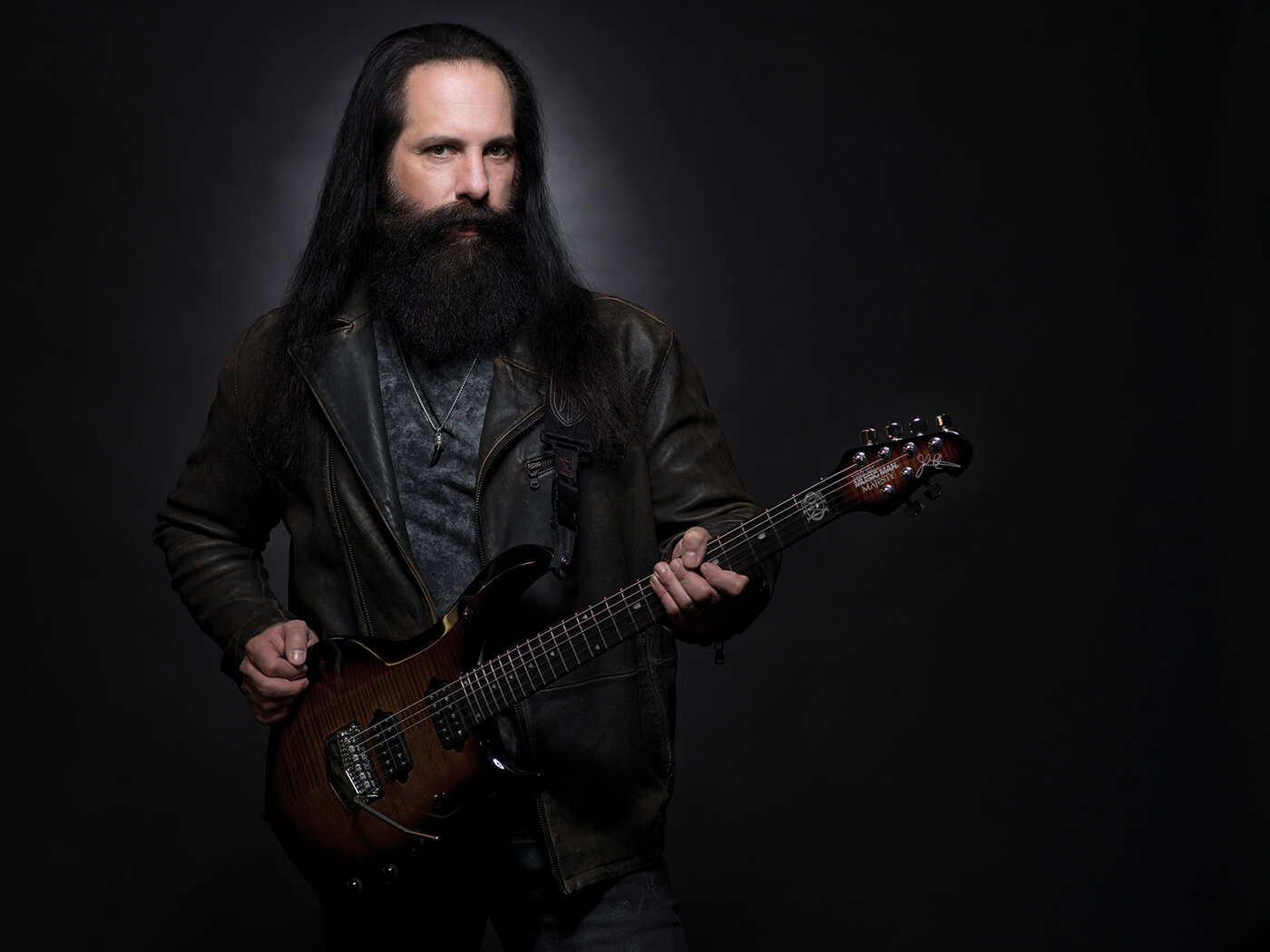 Dream Theater maestro John Petrucci is another artist who’s had countless signature models made. Guitars, amps, picks, you name it, he’s probably got it. Speaking to Guitar.com, he was particularly proud of his signature axes: “I’ve been with Music Man for 18 years now and my signature line, to me, are the best guitars on the planet”.

He’s also not coy about what he thinks of his Mesa/Boogie JP-2C signature amp, “I have no need to experiment any more, my signature Boogie is like my dream amp. It’s exactly what I need; it does everything that I’m looking for perfectly.” 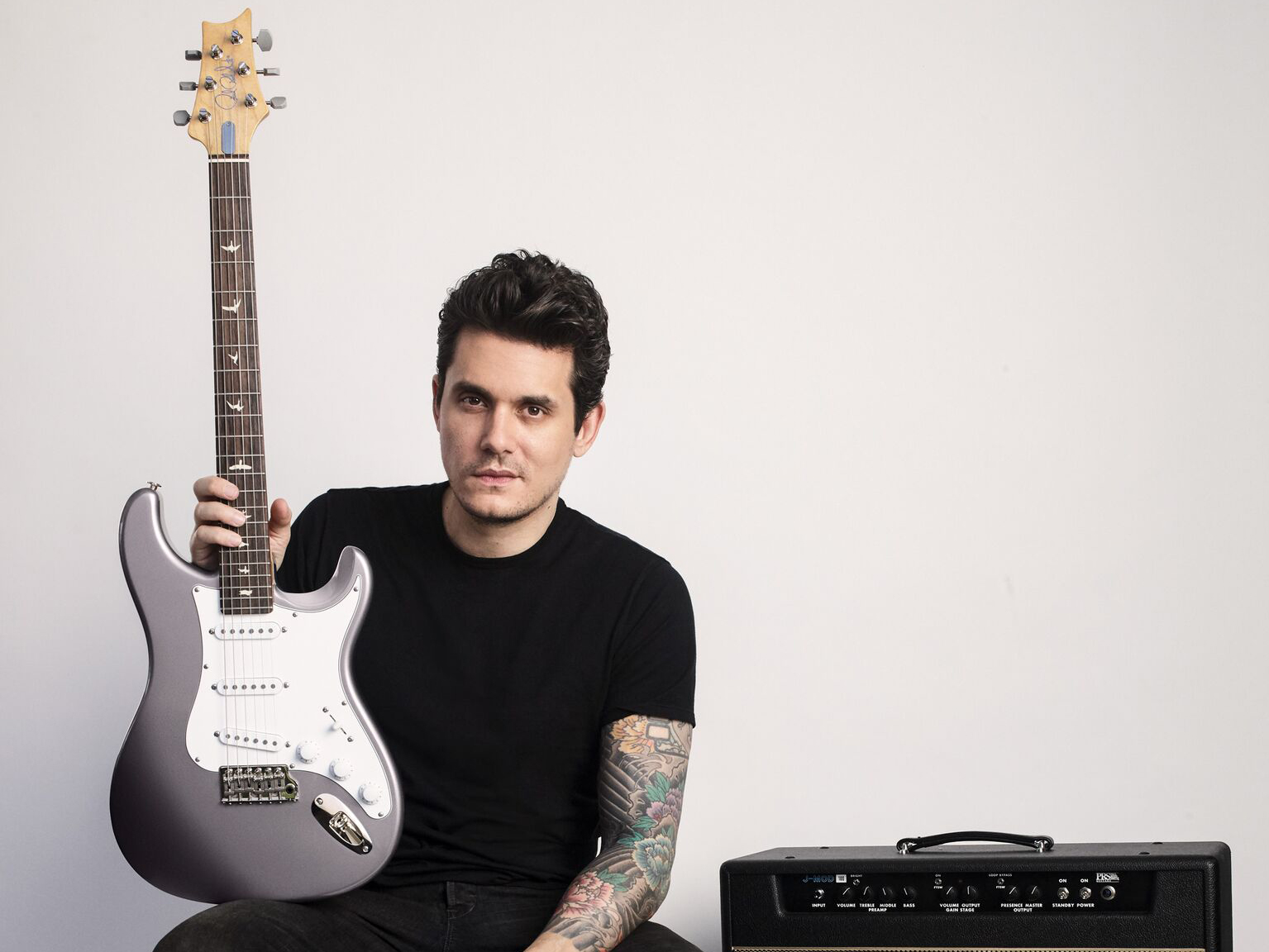 John Mayer’s PRS Silver Sky is, without a doubt, the most controversial signature model on this list. When it was first teased on the bluesman’s Instagram page, the internet almost broke. Some thought it was ‘the future of a classic design’, while others felt it was just another Strat copy.

Mayer was quick to respond, though, airing a live video in which he addressed why the Silver Sky isn’t merely “a Strat with a PRS headstock” nor a reboot of a Strat. It’s a reboot of electric guitars in general.

“It’s sort of a higher-definition Strat to me,” Mayer said. “I wanted to go in and take out a lot of those frequencies that you sort of have to work to roll off. They’re not there now; they’re just gone. So they’re tuned a different way.” The 40-minute video sees him discuss the various modern design elements of the guitar, and of course, some playing to please the fans.

Over the years, Steve Vai has become synonymous with his signature JEM guitars. With the unmistakable monkey grip – which Vai uses for flashy manoeuvres – these guitars have become one of the most iconic today.

Late last year we had the pleasure of talking shop with the great guitarist when we reviewed the JEM JR. When asked whether the affordable new variant would have appealed to him in his younger days, he was quick to affirm: “Absolutely, because it had all the things in a guitar that I was looking for that did not exist at the time. I designed the JEM/RG around my particular idiosyncrasies as a player and those things I wanted a guitar to be able to do. It certainly is a nice surprise to see that many others feel the same way about the JEM and RG.” 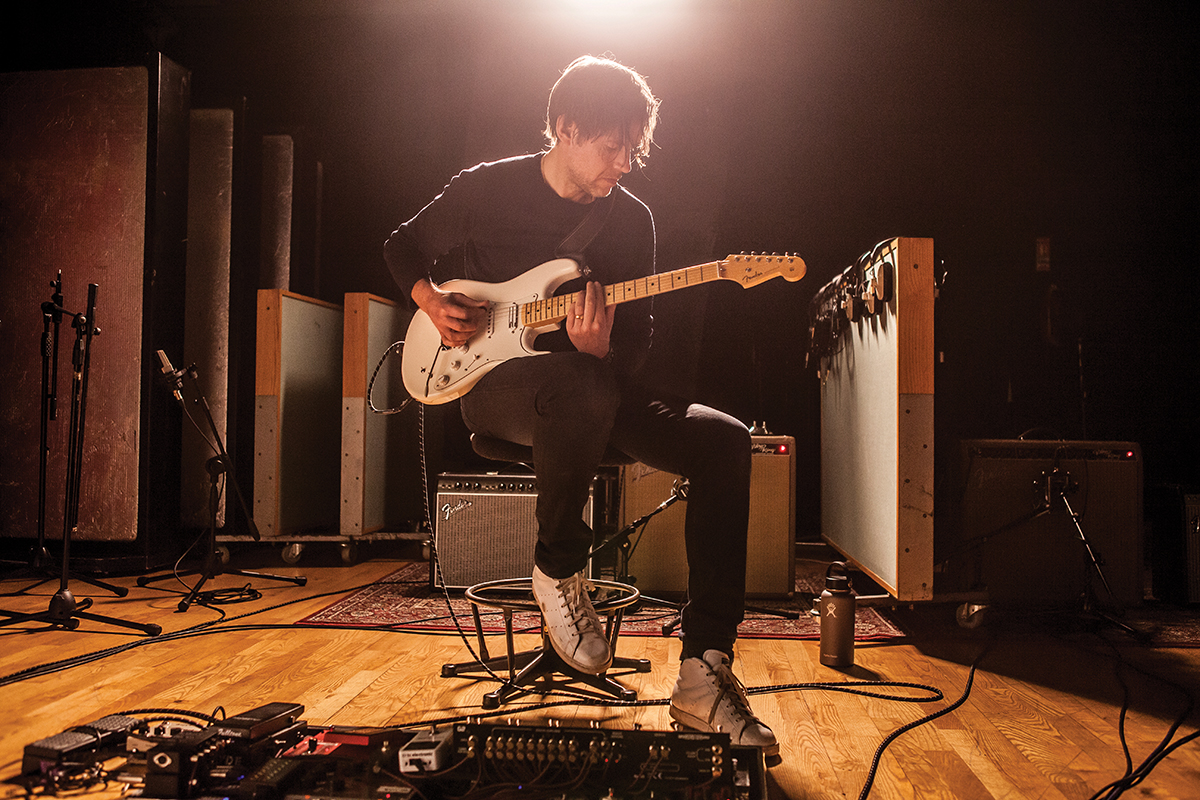 When we spoke to Radiohead’s Ed O’Brien about his Fender signature, he was quick to point out that it wasn’t technically a signature model. “There’s no signature on it. It’s a co-design [with Fender],” he explains. “I had no plans to co-design an amp or a guitar or anything… I had a dream! I had a dream one night four years ago, I woke up and was just like, ‘This guitar needs to be made.’”

The EOB Stratocaster is a strange one. It has mini-toggles where the jack socket would usually be, a humbucker in the bridge and a Sustainer pickup in the neck position. But this left-of-field creation is less about O’Brien than it is about inspiring others, he points out.

“I know that sounds a bit strange but I felt like it could be inspiring for a lot of guitarists… You could put it in the hands of some teenager and they’re going to do extraordinary things with it and that’s what I’m excited about – people expressing themselves.” 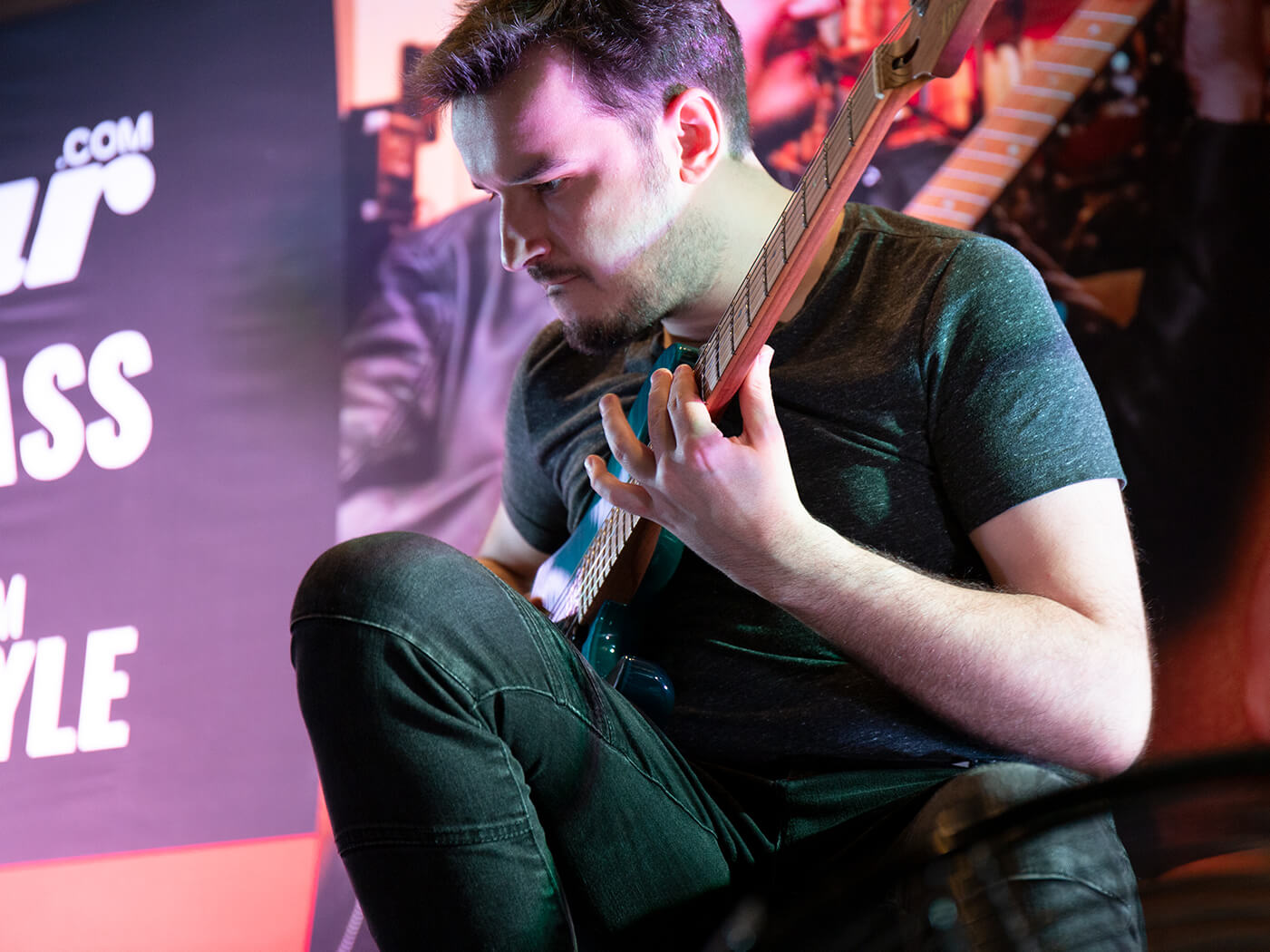 Jazz fusion virtuoso Martin Miller was one of the brains behind Ibanez’s then-secret “Player’s Player” project back in 2015, which culminated in what we now know as the AZ series. While he was aiding with the refinement of various prototypes, Ibanez approached Miller with the idea of a signature AZ model.

Describing it as “every guitar player’s dream”, Miller accepted the honour and began work on the MM1. Speaking to Guitar.com, he shared that he chose not to make any tweaks to the AZ design because it’s everything he wants in a guitar: “I can take any AZ model, be it premium or Prestige and do a gig with it.”

The only request he had was a mahogany body. “I don’t know much about tonewoods, but mahogany is just one of those things I’ve always been drawn to,” he says. Our forthcoming interview with Miller will shed more light on his signature axe. 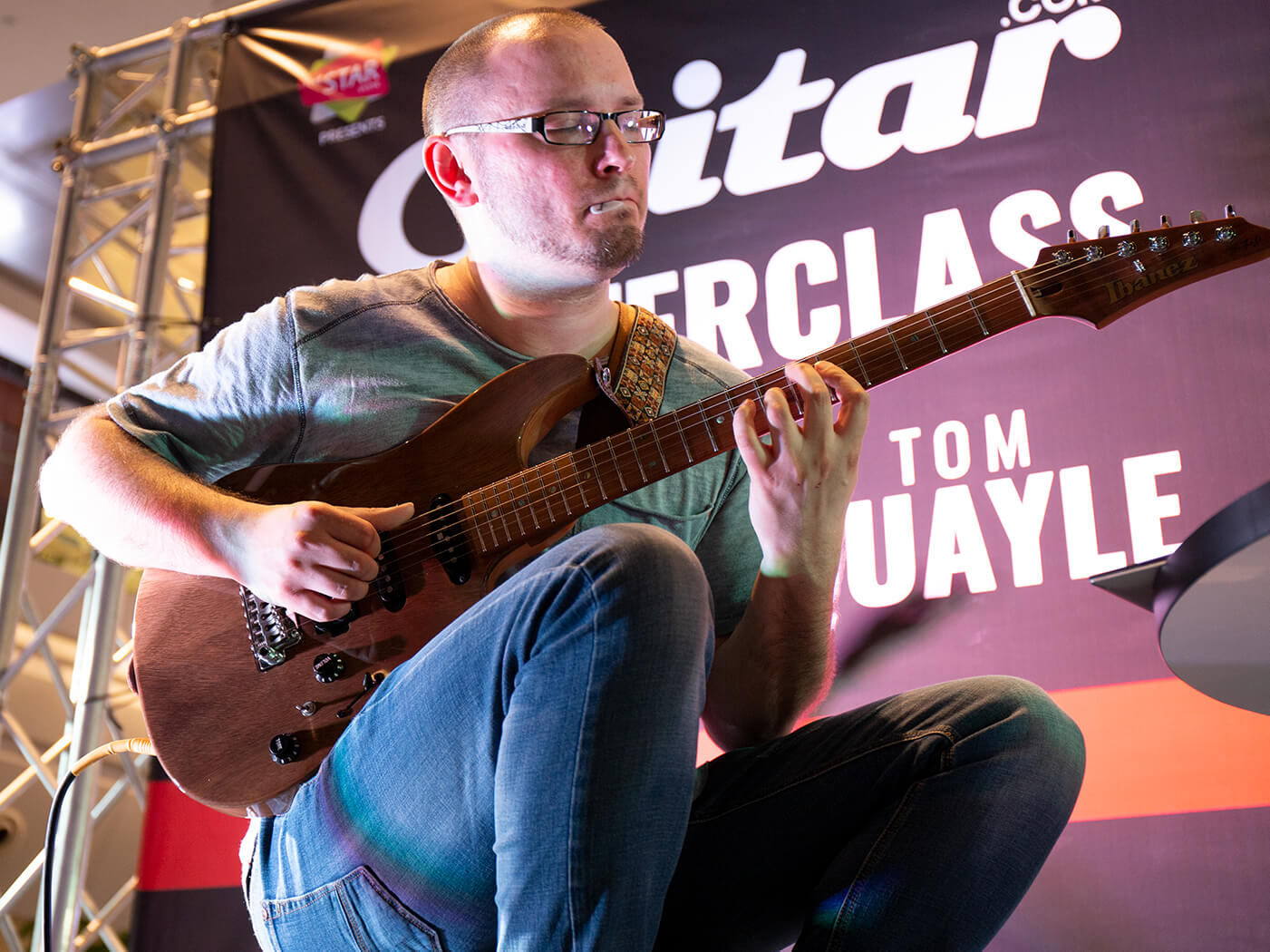 Tom Quayle is one of the foremost legato players in the world today. His smooth, buttery playstyle is truly something you don’t hear everyday, and his Ibanez signature, the TQM1, matches it perfectly. Like the MM1, it is based off the AZ model, but it has a very unique monkeypod top that Quayle told us more about in a recent interview.

“Monkeypod is type of wood that grows in places like Hawaii,” he shares. “But the really cool thing about [this tonewood] is how unique each guitar is”. He describes the top as looking “like someone has taken a pen and drawn individual hairs on it”. The true testament of this signature model’s grace and beauty, however, is how great it sounds. Stay tuned for our upcoming video interview with Quayle, where he shows just why the TQM-1 will set you back $2,500.

Check out our picks of the best signature guitars and signature pedals.