The Canadian band famed for their combination of psychedelic rock and traditional Indian music return with their sixth album, ready to combat the apocalypse.

Their first full length LP since 2016, Elephant Stone’s Hollow is the band’s sixth album, recorded at frontman and bandleader Rishi Dhir’s home studio Sacred Sounds. For this ambitious dystopian sci-fi concept album, Dhir looked deep into an abyssal void for inspiration – by which we mean Twitter. Hollow, he says, was influenced by the discontentedness and disengagement he detects among social-media users.

“I set forth writing a song suite telling of a world of unhappy souls who have lost their connection with each other,” says Dhir. Inspired by The Who’s Tommy and the second side of The Beatles’ Abbey Road, the record is split into two sides, entitled The Beginning and The Ending. It’s all wrapped up in the band’s renowned blend of garage and psych.

Elephant Stone debuted a decade ago, and features Dhir alongside long-time collaborators Miles Dupire (drums) and Robbie MacArthur (guitar), and touring member Jason Kent (keys/guitar). So far, they have released five critically acclaimed albums, toured throughout North America and Europe, and have been nominated for the prestigious Polaris Music Prize. A well-regarded sitar player, Dhir has also collaborated with Beck and The Brian Jonestown Massacre.

Here, he details the five best guitar parts on the new record. 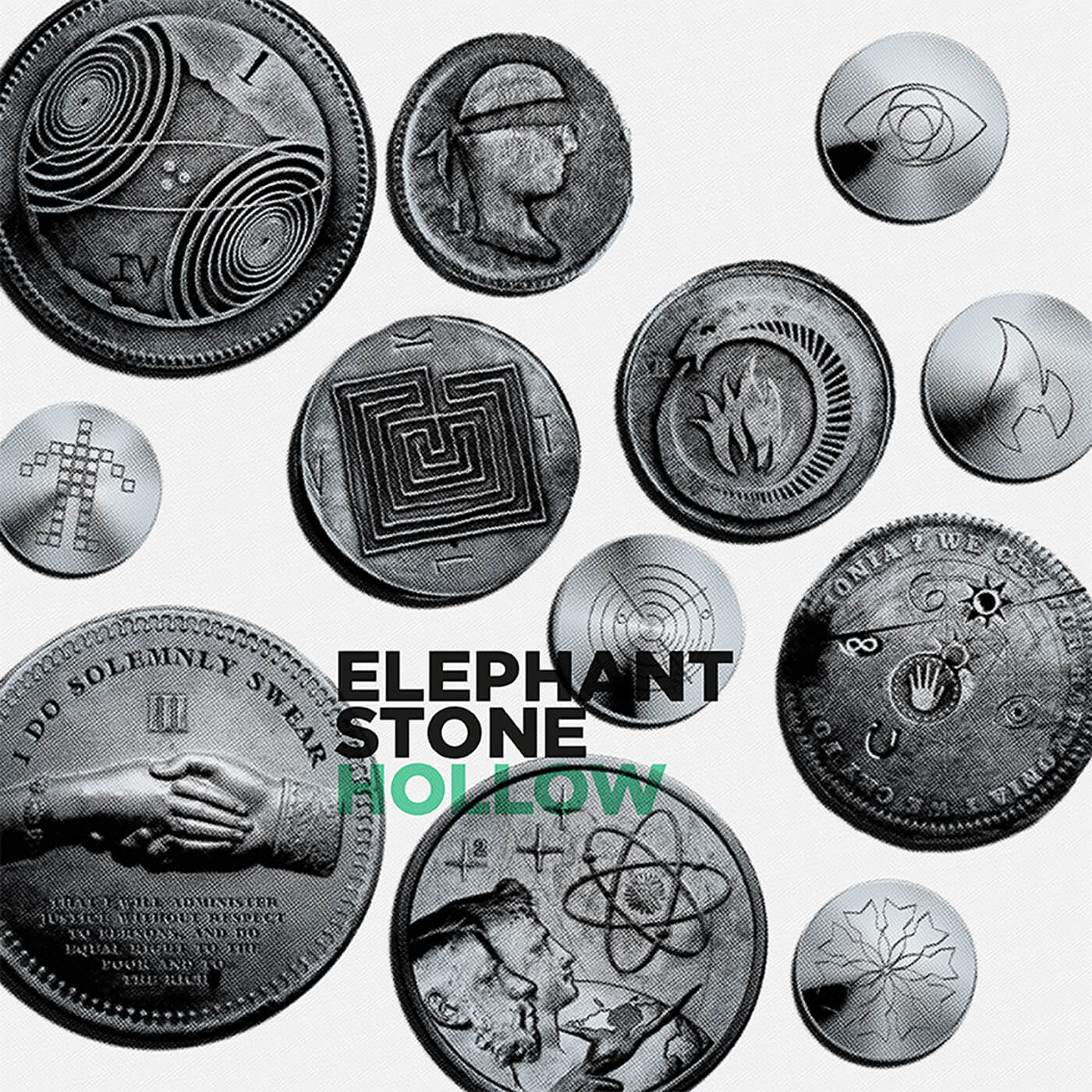 “During the recording process, we knew this song had something special, so we took our time experimenting with sounds and arrangements. To start the song, I wanted a modulated tremolo effect. I first tried my Epiphone Dot with Reuss Repeater Fuzz mk II – a great pedal that lets you add a wah to the send/return – but couldn’t get it to lock into the BPM. The ‘Aha!’ moment came when I plugged the guitar into my Novation Bass Station 2 synth and turned on the arpeggiator, modulation and tremolo. We then paired that with the repeater pedal and voila.”

“I knew I wanted this song to be heavy. Most people think you need a Marshall or big amp to get that sound but the reality is that you just need a small tube amp that will start breaking up early. So, we plugged in our Gibson ES-335 into my trusty Silvertone 1432 and cranked it up. We then just layered it with different pickup settings and we got Sabbath-heavy. Then we ran one of the riffing guitar lines through the Space Echo with max feedback – more heavy!”

“Guitarmonies, I love them. Thin Lizzy. Free Bird. For the mid-section guitar solo, Gab doubled his guitar line – again using the 335 through the Silvertone – and then harmonised his lines for the last couple of measures. It has this old school Kinks-meets-Badfinger feel to it.”

“This track is a weird one, always changing and rarely repeating, arrangements-wise. I recently bought an Ibanez AD-220 Analog Delay & Multi-Flanger from a friend. It’s a bucket-brigade delay and very different to my Space Echo – it gives a Berlin-era David Bowie vibe. We didn’t really have a guitar part worked out so I just had Robbie vamp on my Epiphone Dot (with Lollar P-90s) while I ran it through some effects. The ‘Aha!’ moment arrived when he just started banging on muted strings with the flanger setting up on the Ibanez. It gave this very cold, synthetic sound. That was it. We just kept the Ibanez on the guitar for the rest of the song.”

Fox On The Run

“This song was first demoed back in 2017. It was just me messing around and running a bunch of instruments – drum machine, guitar –through my Roland JC-120 and tracking some Farfisa bass. Fast forward to 2019 and I found I was pretty attached to the sounds I already had. It’s a moody track and I needed something to really lift it in the chorus and the outro. Robbie brought in his Rickenbacker 360/12, added some compression and that was it – instant lift and jangle. Then I overdubbed some Omnichord through the Space Echo – everything sounds awesome through the Space Echo. Oh, and there’s some wacky Eventide Harmonizer stuff on the vocals, inspired by Godley & Creme’s I Pity Inanimate Objects.”

Elephant Stone’s album Hollow is out now on Elephants On Parade Records and Fuzz Club.