by Huw Baines
Everything Everything
#Artist#Rock
Features

“There are loads of mistakes everywhere”: Everything Everything embrace imperfection on new album Re-Animator

Alex Robertshaw on crazy deadlines, intense pressure and pushing the boundaries even further on their latest LP. 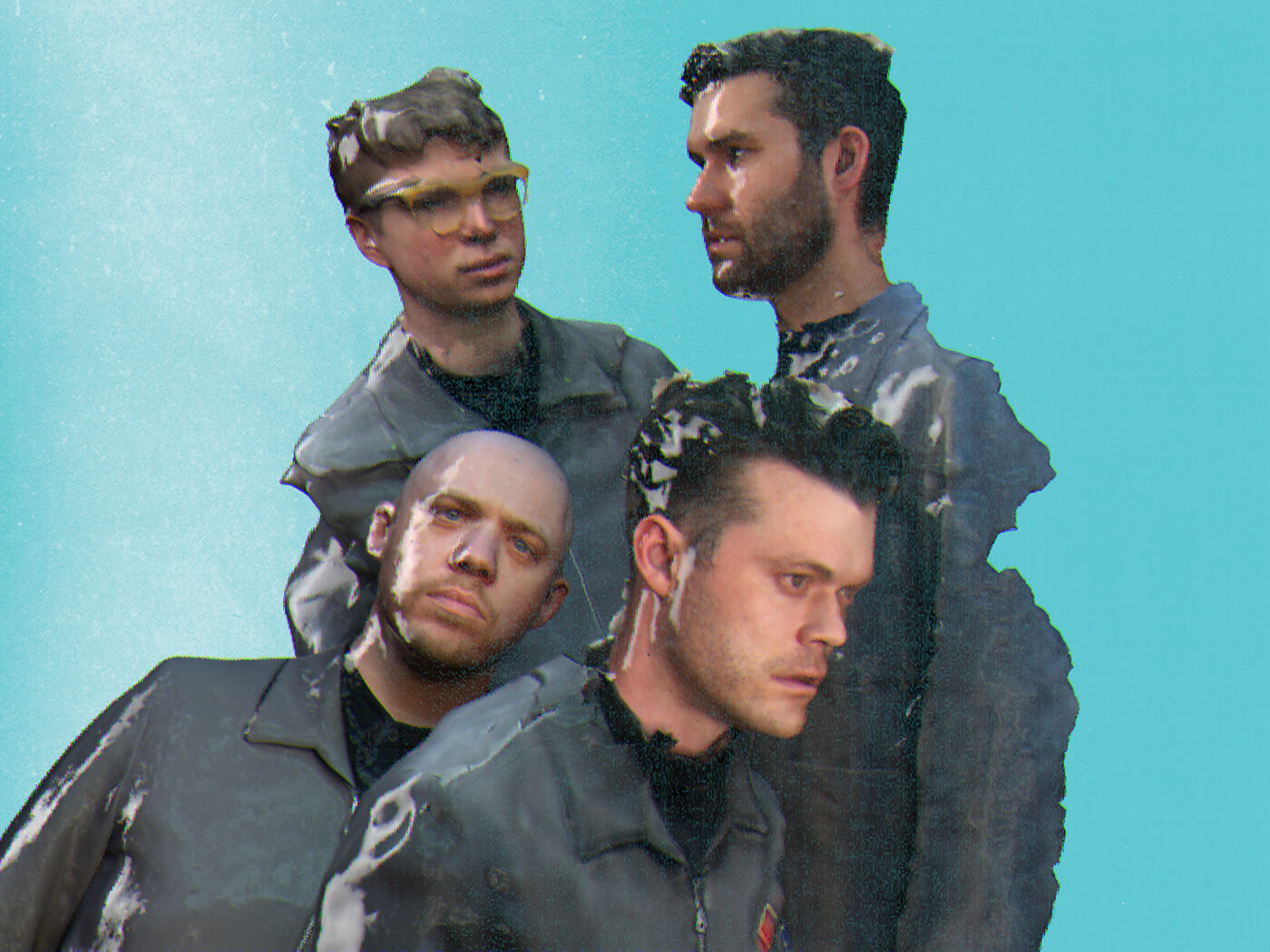 There’s an awful lot to be said for a simple song. But sometimes it’s hard to believe a band when they say that their new record is all about getting back to basics. More specifically, it’s hard to believe Everything Everything when they say that. Having built a reputation as one of the most interesting, idiosyncratic groups operating in the wider indie-rock sphere, the admission that their new album Re-Animator was written with straightforward, melodic cut and thrust at its heart is a little surprising. “It basically meant that everything started with a guitar in my lap, playing through chords,” Alex Robertshaw says.

Of course, this being Everything Everything, the songs didn’t remain confined to six strings for long. But peel off a few eye-catching layers – look beneath the ethereal synths of lead single In Birdsong for example, or grab hold of Moonlight’s undulating bassline – and their intentions become clear. “In the past we’ve experimented a lot with production techniques or stranger ways of finding songs,” the guitarist adds. “If you strip back all the songs here you could hammer them out on an acoustic and sing them, and they would work. I approach each record asking, ‘What haven’t we done yet?’ or ‘What haven’t we succeeded in doing?’ 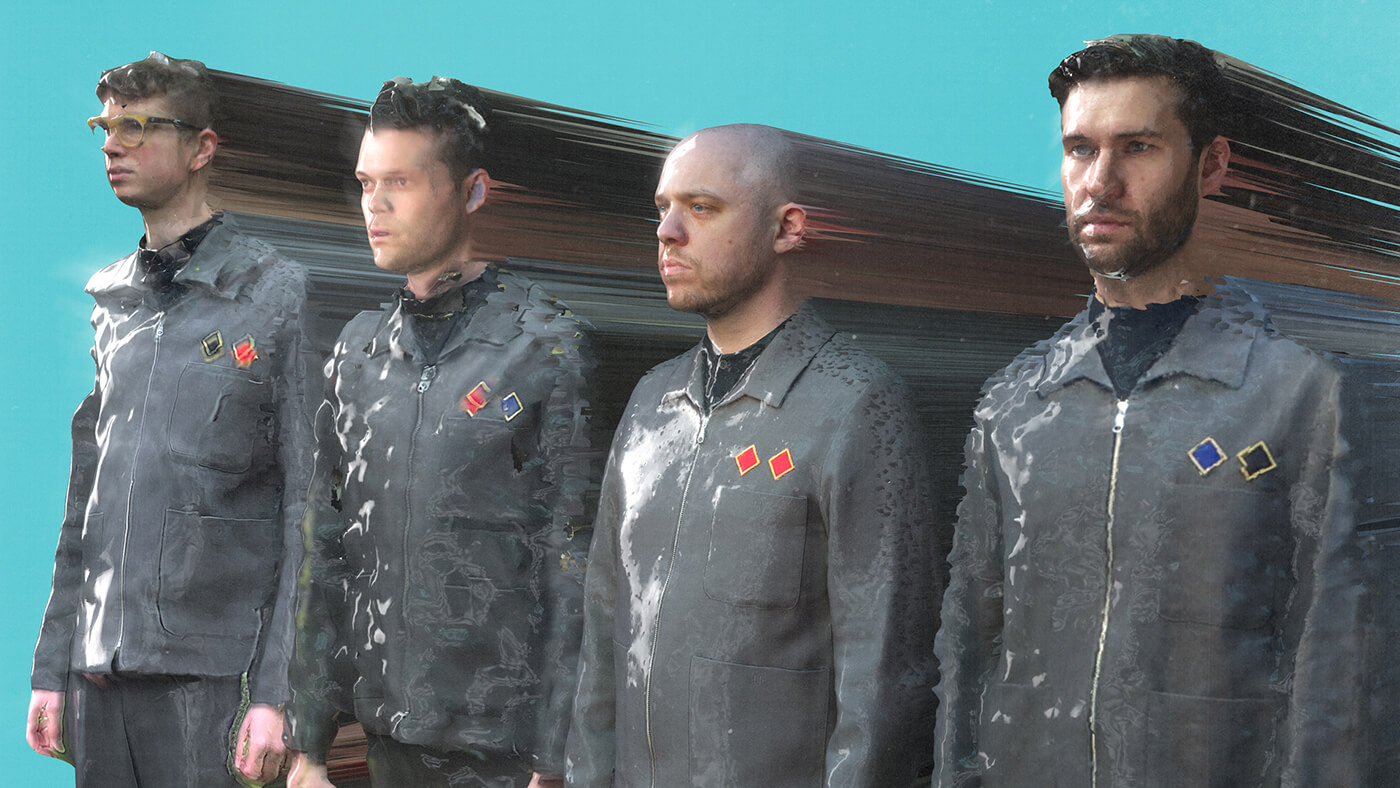 Everything Everything emerged a decade ago with their debut album Man Alive, sidestepping the raging garbage fire of landfill indie with songs that went the full Brundlefly in fusing together math-rock extremes and classically pleasing hooks. With each new release they sought to up the ante in one way or another, whether that meant seeking out the dubby recesses of post-punk or grabbing at a genuine crossover pop smash. The band’s previous record, 2017’s Mercury-nominated A Fever Dream, stands as a maximalist, concept album-adjacent exercise in craft, and another step further into a studious unknown. All of these choices are pieces of the same puzzle.

“I think I’m aware of what I’ve learnt every time I pick up my guitar or turn on my computer or my modular synth or whatever I’m using,” Robertshaw says. “I don’t necessarily go back and listen to the records, to be honest, but I don’t just pick up something and have a go at writing a song. I spend as much time learning as I do writing. Half my time would be studying some new musical thing, and the other half would be writing without thinking about that. But everything bleeds into each other. I think you have to learn all the time to be good at the other things.”

Re-Animator was written across the course of a year as Everything Everything – completed by vocalist and guitarist Jonathan Higgs, bassist Jeremy Pritchard and drummer Michael Spearman – set about bringing their version of ‘stripped back’ to life. For Robertshaw, that meant hunkering down at home in a room packed floor to ceiling with gear. “I work out the songs on guitar and instantly start thinking, ‘What should be doing this? What should be doing that?’ It shifts almost immediately from the guitar to something else,” he says.

“I bring the guitar back later if I want it to do something different on top. I always wanted to write something where you can just hear a guitar strumming away, but as soon as you actually record it there are so many connotations with what you’re hearing, or who it sounds like. You start to hate a piece of music really quickly when you pick the wrong instruments to play the parts. You play the chords and sing the melody and you’re like, ‘Yeah, it is good, we just need to find a way portraying it that feels exciting to listen to.’ Exciting to us, at least. I’m sure a lot of people would love to just hear the acoustic and a nice melody, but we don’t find it particularly inspiring.”

The 12 months spent fine-tuning the songs were then cast into stark relief by race-to-the-finish recording sessions at RAK in London, where they took over a live room and another side studio for Robertshaw’s experiments. Alongside producer John Congleton, whose most recent work spans records with Angel Olsen, Moses Sumney, Sharon Van Etten and Priests, they set aside two weeks to get the job done. “We liked that John worked quickly and captured live performances,” Robertshaw says. “We do a lot of production ourselves, so it’s nice to have someone who runs with ideas and isn’t trying to stamp themselves on something. He’s fun to be around, and is a bit weird like all the best ones are.”

Here’s where Re-Animator really diverges from past Everything Everything records. With time of the essence, the band’s meticulous nature was placed under enormous stress. They were forced to reckon with their fallibility as musicians in real time. “There are loads of mistakes everywhere, especially the guitars,” Robertshaw cackles.

“Everything was played once, pretty much, and we were trying to be as live as possible. Every now and then there’s a dodgy mute where I’ve mishit a string or something, or some timing issues between Jon’s guitar and mine. There are little things like that, but they add to the magic. It’s just real. It’s very much not laboured over in that sense. All the labouring was done up front to make the songs – you know they’re going to be interesting before you go in. When we go in, it’s about capturing performances and nothing else, really. To do it in two weeks was insane. Completely nuts.

“You hear something back once, or not even that. You record it and everyone goes, ‘That feels good.’ So you move on. When you come back to it you find the mistake. But I love hearing happy accidents on records. It’s always nice to have a bit of humour, you know? There’s something funny about hearing a little mistake, and that brings you closer to the music as well. The humanness of it isn’t just about being serious and tender. Being human has humour as well.”

As a kid Robertshaw came up surrounded by cassettes passed down by his older brother – Nirvana on one side, Rage Against the Machine on the other – before falling under the spell of Radiohead’s Jonny Greenwood and jazz-rock great John Scofield, another influence glommed from his sibling’s record collection. Later, Lone Rhino and Twang Bar King-era Adrian Belew would leave a lasting mark.

His playing on Re-Animator straddles direct, surprisingly heavy work and Technicolor wigouts. On several occasions he describes his decision making as an attempt to find the most outrageous thing possible, as with Arch Enemy’s quasi-hardcore breakdown and the shifting sands of opener Lost Powers. Its singsong lead line eventually morphs into a striking riff that is dragged back from the brink in a thrilling pre-chorus bait and switch. 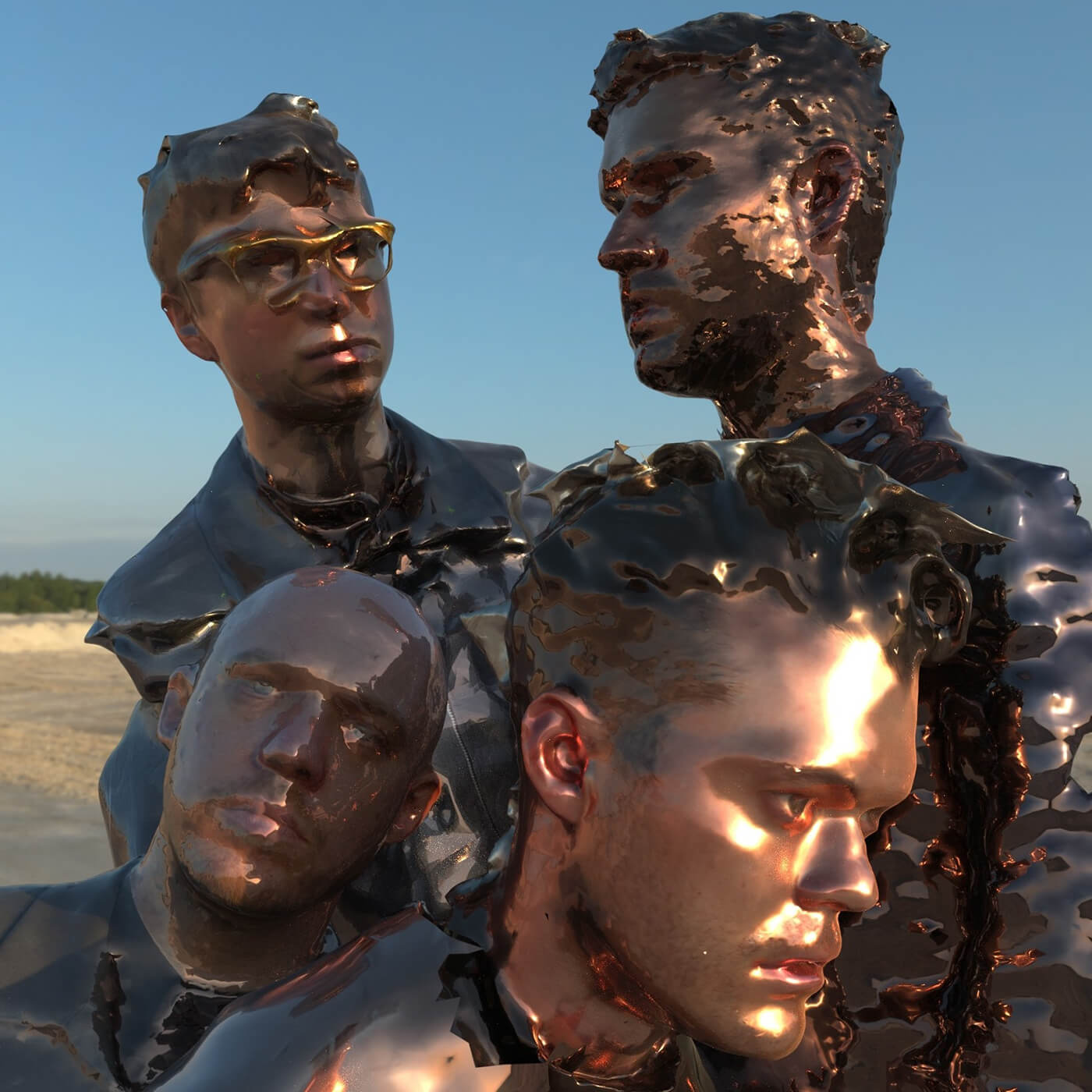 “It’s that stab and then the pause, and then it drops in – it’s almost like Brian May or something,” he muses, noting that the kinetic track began life as a Karma Police-style ballad. “I think the whole point was just to do something fun with it. It has a really nice feel. Injecting that fun was a way of making it feel more insane. The whole song sounds a bit unhinged, and that’s the point.”

Robertshaw knows more than most about things sounding a little unhinged, thanks to a career spent playing a Gibson ES-335. That guitar again did the majority of the work on Re-Animator, aided and abetted by a gnarly Moog-modded Les Paul and a fretless Burns that was lost in a studio fire that also damaged his childhood Stratocaster. “I have an old 335, a 1978 model,” he says. “It’s pretty much been my guitar for the last three or four records. You can get a lot out of it because the coil tap on it is pretty amazing.

“It is just a great big wrestling match. That’s really enjoyable. I like how it squeals live. I like how you can feel it vibrating on you when you get feedback. Sometimes you have to work that feedback. You’re roaming around the stage working out where you can stand. You move with it, and there’s something exciting about having this thing you have to tame in your hands.”

Robertshaw has an eye on the guitar hanging from his shoulders, and a mind for where he’ll fit in among the band’s tiered synths, polyrhythms and Higgs’ off-kilter hooks. It’s an approach that suggests discipline and imagination in equal measure, with what’s required, rather than what’s desired, often proving to be the telling factor.

“I generally try to work out what’s missing in the simple sense of notes from a chord or a frequency range,” he says. “You try to find a space that works, and then rhythmically you’ve basically got to make it sound like you’re not there. That’s how I always think about guitar – it needs to fit in really nicely and bolster everything. A great guitar part is something that totally fits, and as well as being audibly interesting isn’t fighting against anything.”

Everything Everything’s Re-Animator is out on August 21 through Infinity Industries.