The guitar giant’s Head of Artist Relations, EMEA talks us through the ambitious programme, how it’s developing in its sophomore year and why guitar music is healthier than ever.

Back in 2019, Fender launched their exciting new artist initiative, Fender Next. The programme aims to develop and support artists and musicians that are utilising guitars in fresh and innovative ways and members of its inaugural 2019 class – including Idles, Little Simz and Fontaines DC – earned prestigious accolades such as BRIT Awards and Mercury Prize nominations.

Today, the brand has announced its second wave of endorsed Next artists, with 25 rising stars from across the globe included to further develop the appeal of the electric guitar. The shortlist was selected by Fender’s artist marketing team and contains artists hailing from ten countries, with more than 50 per cent being female. Artists on the 2020 roster include Black Pumas, Orville Peck, Miyavi, Girl In Red, Mdou Moctar, Yola and Skegss, as well as Guitar.com 2019 New Breed artists Beabadoobee, Omar Apollo and Phum Viphurit.

Fender has big ambitions for its newly formed artist platform and has also launched a Fender Next microsite in order to bring fans of both the artists and Fender instruments closer together. The site will feature in-depth interviews and live sessions with each artist involved in the programme, alongside performances live at SXSW in Austin, Texas this year and slots at Brighton’s Great Escape festival.

How has the programme developed in the last year?

“One of the things that we found last year was when we onboarded a lot of the artists we’ve been working with since the very beginnings of their careers, and I think we were part of their journey to where they are now.

“There are some fantastic stories in there, whether it’s Sam Fender or Fontaines DC, which we spoke about last year. We’re confident that we can bring on a second class and introduce them to the nine million Fender fans that we have online, and partner with them on some great success. It was really a way of showing that the programme is working and how we can improve that and take it to the next level with a new set of artists.”

You have a good track record of finding the best up and coming players, how do they appear on your radar?

“The list of 25 was curated by the artist marketing team. We all have established networks within the industry, and we partner with lots of artists every step of their journey, whatever level they’re working on, so we’re very well connected. We have lots of meetings across interesting industry partners, whether that’s on the label side or what’s going on online. So we curate a long list and spend quite a bit of time putting together what’s a really interesting and diverse list of 25.”

What are the criteria you’re using when you’re curating your shortlist?

“We’re looking for artists who are taking the guitar to interesting places in innovative ways and that can be through music or the way they represent themselves, the way they get their music out there. Also, areas of music that wouldn’t necessarily tick the boxes like what you would expect as guitar music.

“I think guitar music is incredibly diverse. Whether that’s your traditional male guitar hero or somebody like Girl In Red in Norway. Who really did it from home. That’s an interesting story because that’s an example of an artist really expressing themselves and their music through online platforms, whether it’s on YouTube or SoundCloud.”

Can you tell us about the new artists you’re working with this year?

“In terms of European artists on board, we have Easy Life, Beabadoobee, Yola, Girl In Red and Joy Crookes, who has kind of a jazzy, urban flavour, but writes her songs on guitar and has an incredible range of guitar parts that she puts together. She’s an incredible example of a young artist who is not only making great music but also putting her own stamp on with the guitar.

“There’s also Bones UK, who were nominated for a Grammy. Carmen [Vandenburg] was based in the UK but they’re actually living in LA, forging their career. Carmen is an incredible guitarist and worked on a record with Jeff Beck. They’re doing something really interesting with the electric guitar.

“You go from Bones UK to Mdou Moctar, who’s from Niger, and is getting tagged as the Hendrix of the Sahara. He’s taking that traditional Tuareg music from that region, playing it on a Strat and building incredible music around it and he’s travelling all over the world. It’s those sorts of stories that are super inspiring to Fender.

Black Pumas is a good example of an American artist. Maddison Cunningham I’m a particular fan of, Dana Williams too is fantastic. Omar Apollo as well who has the Spanish language in there, and Miyavi from Japan. He’s an insane, mind-blowing guitarist. I mean, talk about high energy!”

You’re working with 25 new artists as part of the new programme. That’s a hefty amount! Is there an aim to ensure you’re speaking to artists from all corners of the globe?

“It’s a lot but it’s actually less than the previous year! Yeah, exactly. Our kind of thing has spread right throughout Europe, and we have fantastic teams in the US and in Asia and Australia. Between the teams, we cover the globe really and ensure that there’s inclusion from everyone in the team to ensure we’re reflecting what’s happening around the world. And hopefully we’ll introduce some killer new music to Fender fans as well.” 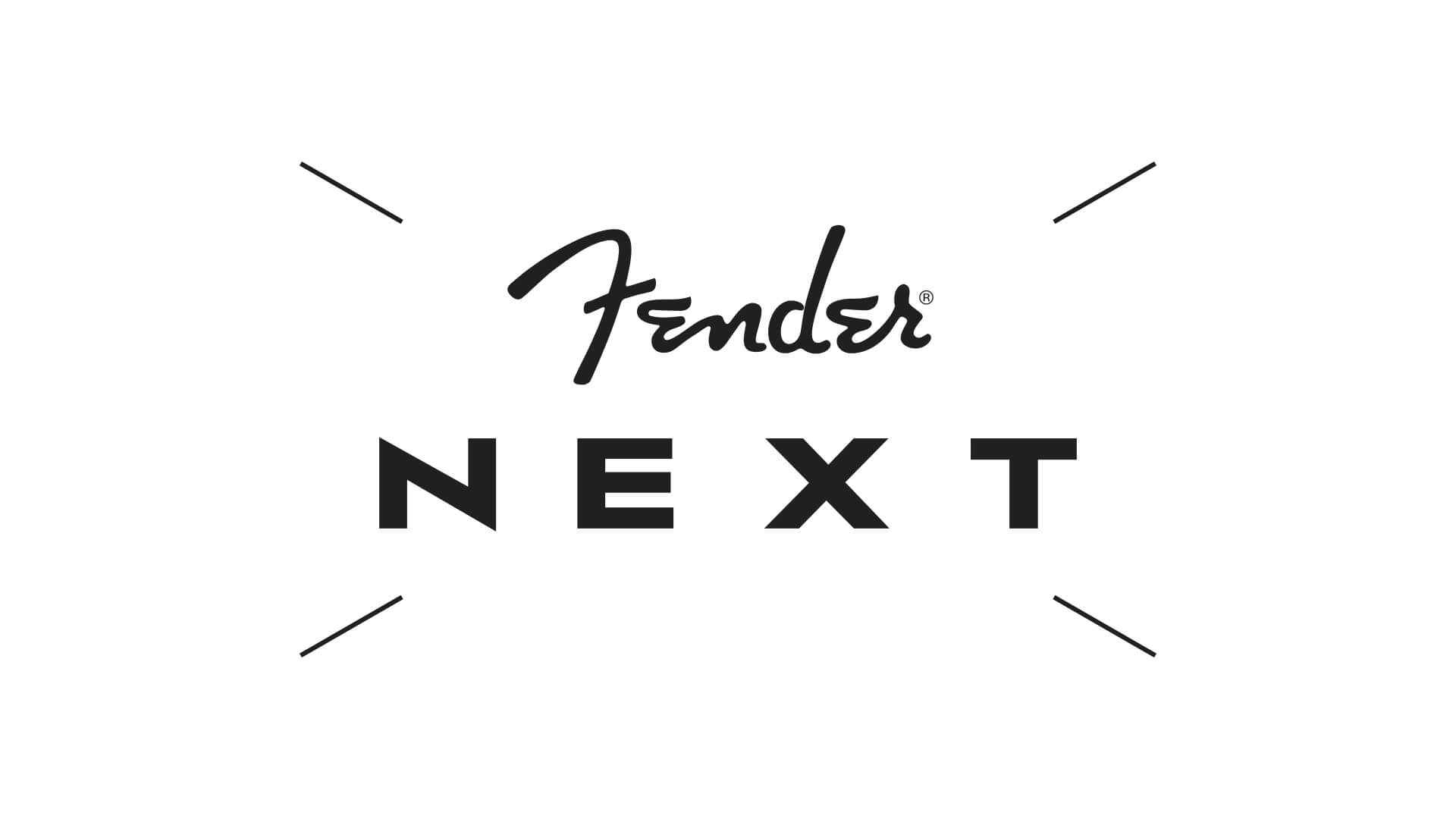 More than 50 per cent of the new artists involved are women. Does that show the diverse appeal of the guitar and how far the industry has come?

“We did a lot of consumer insight research, which has been reported on before, about the number of female guitarists. I think some of these artists, like Beabadoobee and Girl In Red are fantastic examples of what’s really going on. It’s reflective of how the industry is getting up to speed with that.

“When we were curating the list, it was really inspiring to see that it was easy to see fantastic female led, guitar music being made and I think that’s exciting for anybody. Any of us that are parents know that children getting into music is something brilliant.

“It shows the guitar is for everyone. It also shows guitar music is alive and thriving and as a guitar brand we really want to amplify that message and shine a spotlight.”

You’re launching a microsite for Fender Next to help engagement with fans. Why was it important to do this?

“We launch our microsite next week and the site is a showcase for all of these artists. Every two weeks there’ll be a featured artist on the microsite. One of the things we wanted to do was explore the possibility of providing a real home for the next artists and for people to see who they are and what’s going on.

“There’ll be extended interviews and things that get under the skin of each artist and find out what they’re really all about. We’re also building Fender sessions with those artists, which is a mix of music and chat with them. Black Pumas will be the first one that goes out.”

You’ll also be at SXSW this year with Fender Next. What other platforms are you utilising to promote the artists within the programme?

“We’ll be returning to SXSW this year where there’ll be 11 Next artists performing which will be really exciting and we’re also at The Great Escape. At SXSW we’ll be at a great venue called Mohawk. There’s lots of stuff going on. We’re also working with the teams not only support the artists with equipment that helps them get on the road, but also the fan engagement and all kinds of interesting ideas. We’re going to each of the artists and saying ‘What would you like to do?’ It’s an open book at this stage. Let’s see what we can do and come up with really interesting ideas.”

With these artists on board, where do you think the guitar is going in 2020?

“When it comes to the award ceremonies, they’re reflecting the top level of music culture. So when you see artists involved that you’ve been working with for a while that shows there’s a movement or shift happening. Looking at our Next list this year, especially with female artists coming on board, I think it’s in a really healthy place and what we’re excited about is what guitar music means. The diversity and genres where guitar is up front and centre shows what’s happening with the instrument and where it’s being used. Whether that’s in hip hop, r&b or electronic music or alternative, out-and-out guitar heavy music I think we’re going to see some fantastic songs being written with more guitars.”