Founded in 2017, Fidelity Guitars are now seen on stage with some of the UK’s most innovative acts including Slaves, Public Service Broadcasting and The Horrors. 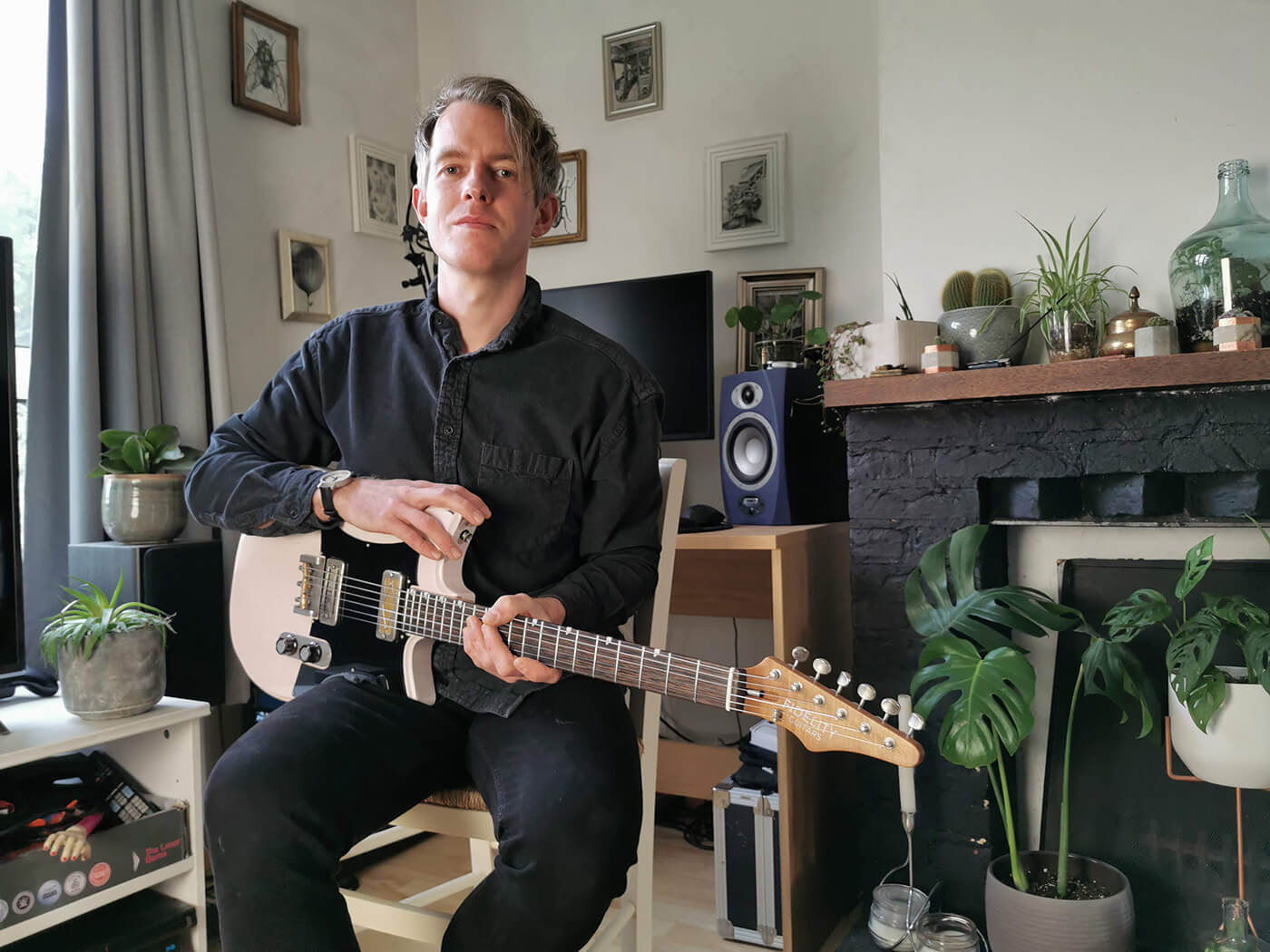 “My parents tried to get me playing classical at primary school, but it didn’t really stick. I remember one particularly awful recital of Greensleeves above a pub in the local village which was the final nail in the coffin. In my teens I fell in love with the NME and the guitars that the artists in there were playing. There was one band called JJ72 that I loved, the frontman Mark Greaney played a black & white Strat in the video for their song Oxygen and that was it for me, I wanted back in. My uncle was a guitar player and he gave me his Hohner Marlin for my 16th birthday. It was black with a white plate just like the one from the video – I was over the moon!”

“That same Hohner was my first guinea pig; eventually I decided it’d look better as a Tele and chopped the horn off with a saw from the garden shed. Then I ruined it by pouring red paint over the raw wood and letting it drip down the body like it was wounded. My next guitar was an Epiphone Riviera in tobacco sunburst and I was a lot more considered with the tinkering on that one – there wasn’t an original part left once I was done with it. I don’t think it sounded or played any better in the end, but it was a good education in how guitars are put together.”

“About two years after the point that I’d already committed to it as my it my full-time occupation! I had a career in marketing for about a decade before this and on the face of it things were going really well, but in 2015 I started suffering with anxiety and panic attacks around public speaking and it boiled down to the fact that I was pouring all of my energy into something which just didn’t make me happy. I came out the other side of it knowing I needed to do something that I genuinely cared about, so I spent a year of my spare time learning the basics of luthiery and went full time in January 2017. Looking back on it, given the chance to do it again I’d definitely have sought out more technical advice before taking the plunge, but having no safety net really forced me to focus and improve quickly.”

“Other than family chipping in during the lean times almost all of the funding has come from my own pocket. I sold pretty much everything I owned to start the business and keep it running, including my car and my entire guitar collection. I did manage to access a government-backed start-up loan during our second year of trading, which really helped at a critical time. It forced me to put a bit more thought into business planning – it’s easy to just bury your head in the sawdust and neglect that side of things, until someone forces you to pause and consider what you’re doing in more detail before they’ll help you move forward.” 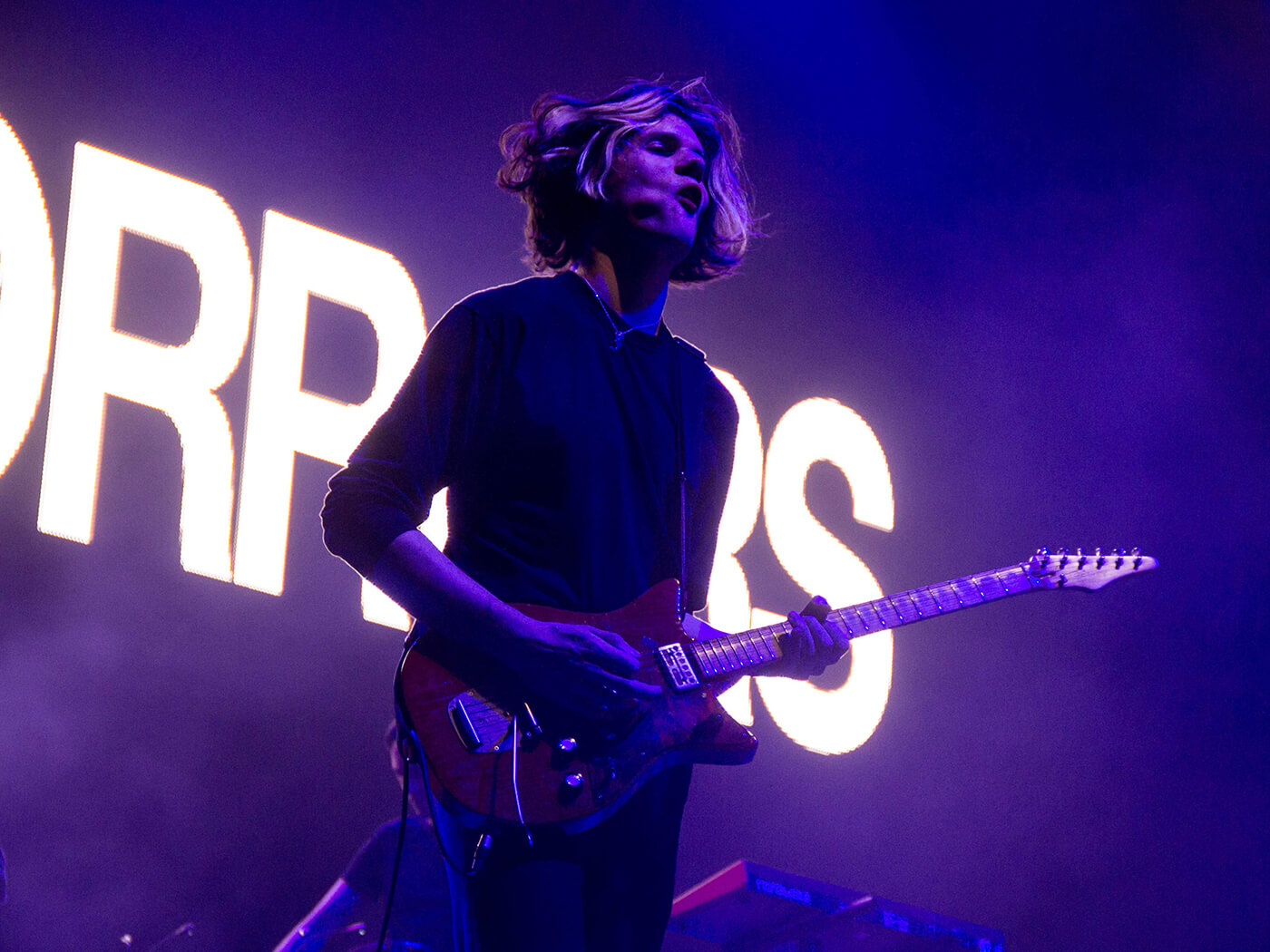 “It was very much a conscious decision that the brand should come across as professional and trustworthy from day one. The website, store and social channels were up and running before we had any products. I can totally understand people sneering at how cynical and corporate that might sound, but there are so many incredible luthiers in the UK and you wouldn’t know half of them exist because they’re invisible online. The idea of the Fidelity Guitars brand as a unified concept extends to the guitars themselves – wherever possible we’re using our own hardware designs. For me it was important that we differentiate ourselves by making as much of the package bespoke as possible at this price point. The exception to that rule is Mojo Pickups, which we use on all of the guitars and basses.”

“It’s the Stellarosa, which is our top-of-the-range guitar and the best example of our ‘custom everything’ approach. I owe it all to Marc at Mojo Pickups – he commissioned me to build him a replica of the Stella Japonica, I agreed but asked if I could play around with the design. He agreed and through various iterations we came up with the design, which is now my favourite model, and apparently our customers’ too. Laurie from Slaves picked the name for it, which is just the icing on the cake!” 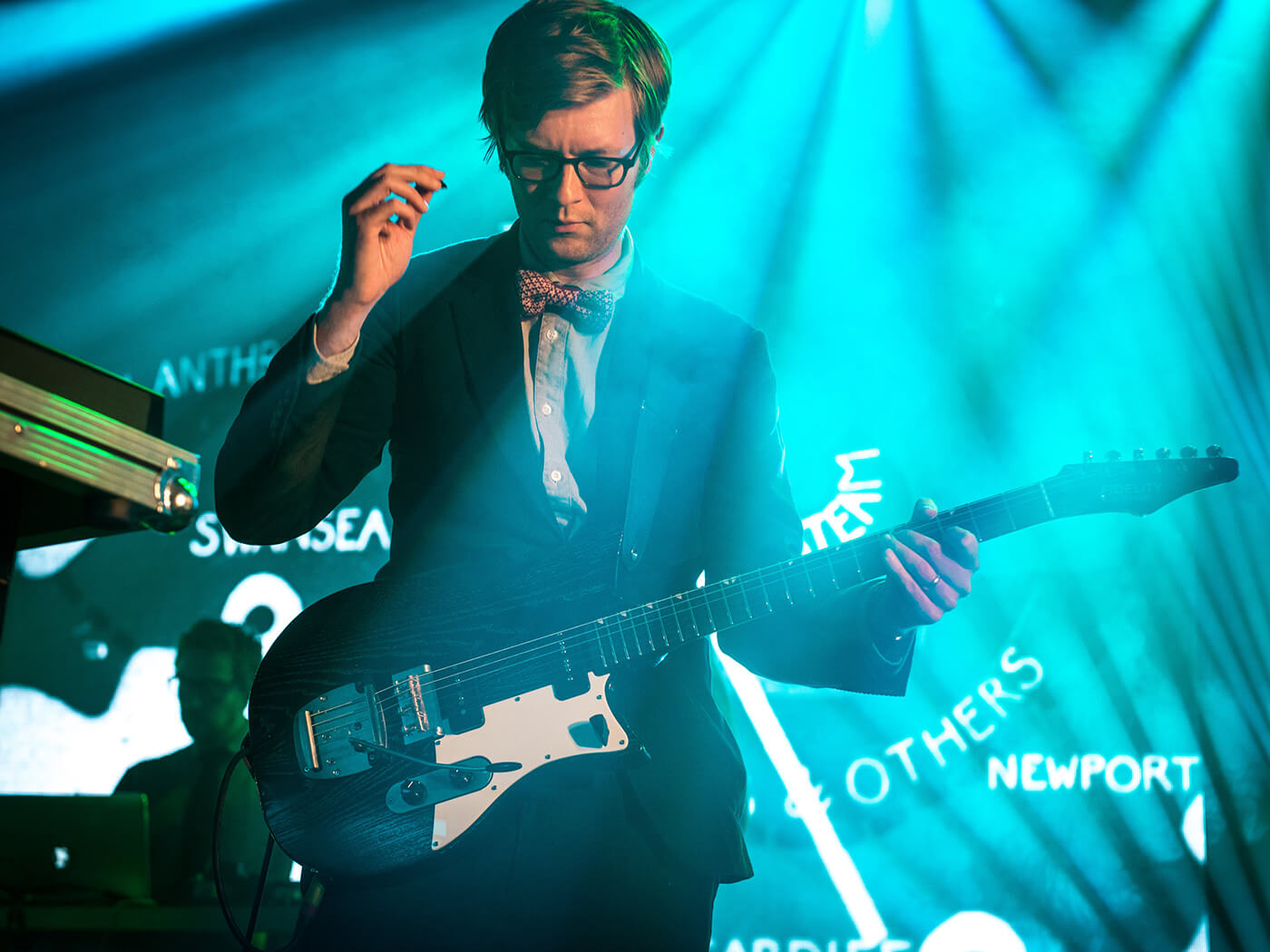 “I’m a massive fan of Public Service Broadcasting and we’ve been lucky enough to have J. Willgoose, Esq. supporting us since the early days. In 2018 they released the White Star Liner EP, the title track of which was recorded using his signature Double Standard model – the first time one of our guitars made it onto some published music. They debuted it at a BBC festival in Belfast on Titanic Slipway with that guitar in hand, right where the ship was built. They went one better in 2019 and played The Royal Albert Hall as part of the BBC Proms with that same guitar and one of our first short scale Thundermaker basses too, but Belfast is still the most special moment for me.”

What’s next for Fidelity Guitars?

“Our most recent launch has been the new Lite series of guitars – they use the same body outlines and necks as our premium models but are built on a simpler solid body platform rather than being chambered. Given that almost every gigging musician became unemployed overnight when Covid-19 hit, it seemed like a good time to find a way of continuing to build high quality boutique gear to inspire them, but at a more affordable price point. Apart from that, we’ve got a two-pickup variation on the Stellarosa in the works and a few new iterations of our bass models which should make their way into the product line by the end of the year.”

Find out more about Fidelity Guitars at www.fidelity-guitars.co.uk.