Filipe Pampuri of Beetronics FX explains the buzz about his pedals

With stunning scuzzy sounds and equally stunning enclosures and build quality, Beetronics has become one of the hottest brands in the effects world. We chatted to the Los Angeles company’s affable head honcho, Filipe Pampuri.

“I’ve been playing guitar since I was 12 – my dad used to play and started teaching me very early. Music became the only path for me and my older brother as we grew up playing together back in Brazil, where we were born and raised. We played in many bands and owned a recording studio where we worked recording and producing bands for many years. Then 10 years ago, one of our bands got signed to a record label from Los Angeles and that how we ended up moving to the US. For about seven years, we toured with that band and released three records, eventually that band broke up and that’s when we started Beetronics.”

Were you tinkering with effects before then?

“When we moved to the US, our record label owned a really big recording studio, called NRG Studios and they had a house tech that would fix all the gear that got broken. I thought that if I ever moved back to Brazil to have a studio again, we’d need someone in-house to fix our gear, since we do not have as many techs or easy access to parts, etc. And so I figured I would start learning how to fix my stuff! I started to research electronics online, and a good starting point was DIY guitar pedals.”

How did it grow from there?

“They were never intended to be sold. At first, my goal was to just build all my pedalboards with my own stuff so no one would ever have ‘my sound’. At that time, I also started developing the looks of the pedals. My wife, who’s an architect, designed the enclosure boxes and I had a friend’s help to make a logo. However, I was doing it all, just for fun – I hated the idea of ever selling them.

“A few years later, my band broke up and I was playing as many gigs as I could in order to pay the bills. Then one time, a friend of mine plugged one of my pedals in with his bass and flipped out and kept asking me to buy one. Eventually, I needed money and ended up selling it to him. After a week, he had, like, five other people wanting to buy it as well and I quickly found myself selling quite a few every week. After a little while I asked my brother to be my partner, and then we put together a website and made our first bigger batch of pedals.

“We had the idea we would sell out in about six months… we sold out in a week! By that time, we had some following on Instagram already and I guess we underestimated the amount of people interested in buying it. So for the next six months, we kept on figuring out how to build more and more and sales kept on going well.”

Was it all off your own back? Did you get any investors involved or anything?

“No, we never had anything like that. We invested $1,700 each to make our first batch of pedals and after that, we kept on reinvesting and we’ve never had to put in a dollar out of our pockets since. We did go all-in a few times, where if things went wrong we would pretty much need to start it all over again, but it never went wrong. We invested a lot of our time and sweat, and we also have a lot of friends who have helped us along the way to get where we are at.”

“I believe the first time I felt that was at our first NAMM Show. Anyone who’s been to our booth at the show, knows that it’s like Comic-Con for pedals at our little hive! We bring in a team of beekeepers and we make some pretty cool-looking booths and ways to display our products. We also bring a tonne of custom-painted pedals and always release a cool new product at the show. We have a lot of fun doing it and I believe that is a time when people get to see and feel that coming from us.” 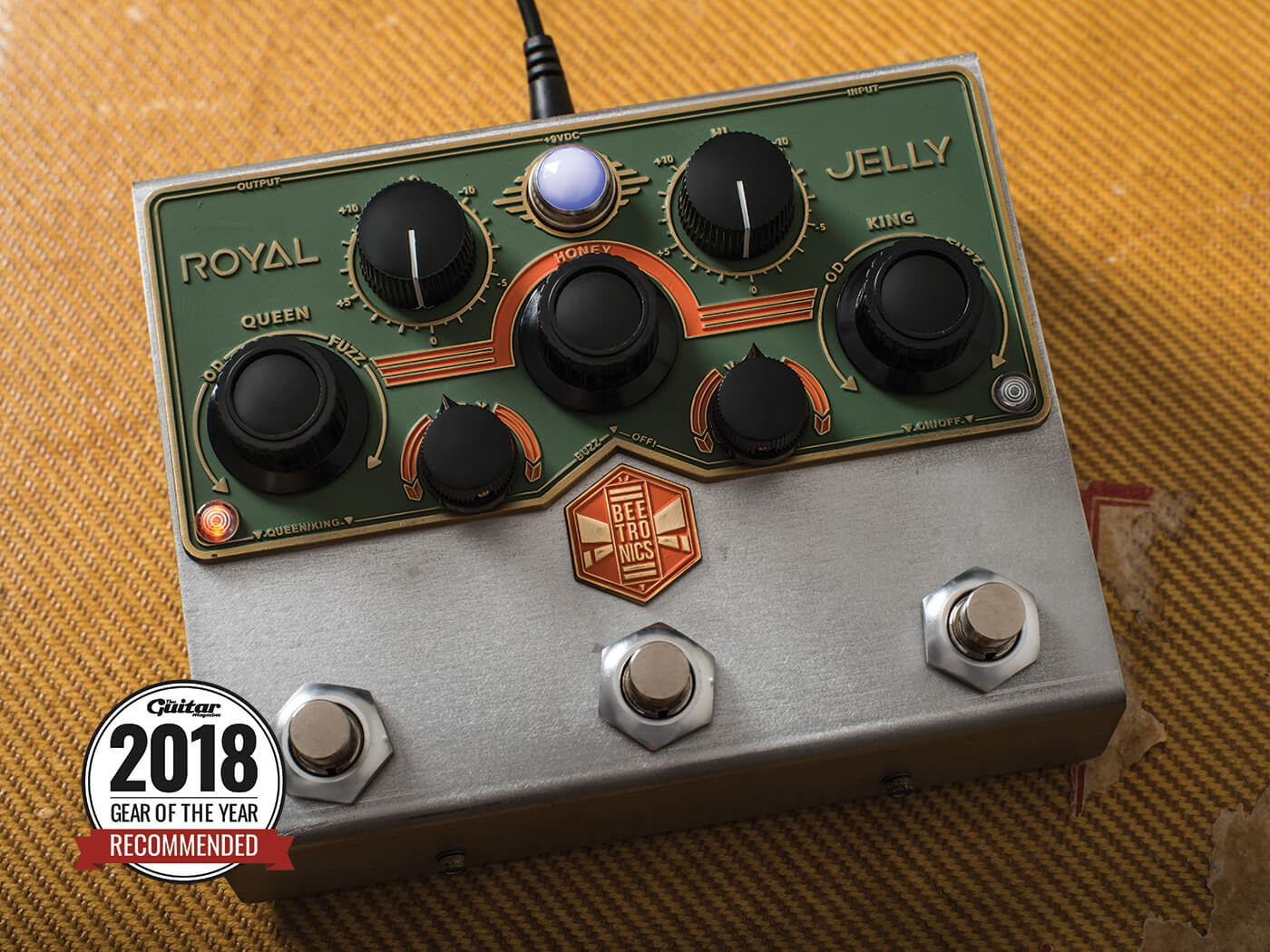 What’s your best-selling product so far?

Our best-selling product is the Royal Jelly, so far. It’s a very special pedal for me since it was designed in collaboration with Howard Davis, a legendary designer who’s known for having designed the original Deluxe Memory Man. It was our first collaboration and we wanted to come up with something that would be very different from anything in the market and still be on the fuzzy-bee-vibe we always had.

“I believe the idea of blending drive and fuzz, and the way it was executed, it’s pretty amazing! I’m very proud on how that pedal came out. It’s aggressive and versatile, it’s modern but can sound pretty vintage and can cover a lot of ground on the gain section of a player. Can also be used by many different instruments… and every day I get surprised seeing someone using it differently.”

What’s your proudest moment on your journey so far?

“It always makes me proud when I see a player that I admire using our pedals and so far, the brand has taken us places I never imagined. But a moment that made me proud was a couple of years ago when Robert Keeley made a big post on his social media talking about our brand and how he loved everything he saw us doing. That meant a lot for me! He is a guy who’s been doing this for very long, and has tonnes and tonnes of knowledge. So to see him giving us a compliment like that made me very proud.” 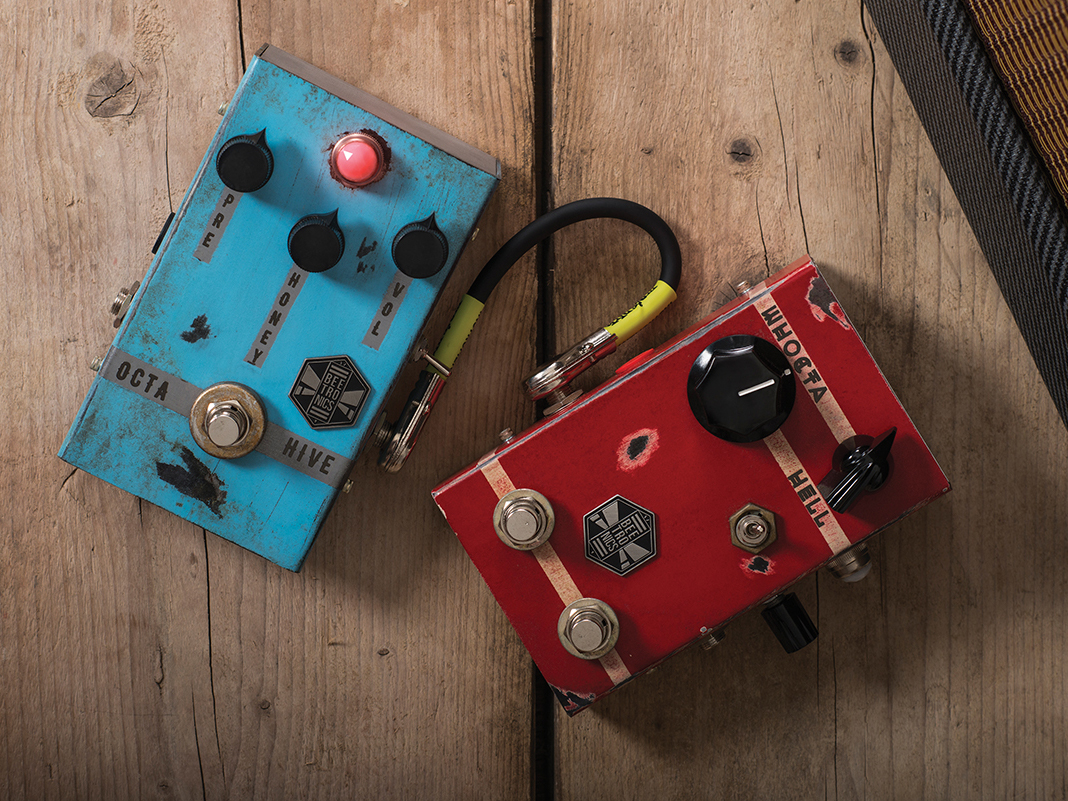 What do you think the biggest challenge for the guitar industry is in 2019?

“The biggest challenge for guitar in general is to remain relevant in a world where more and more kids do not buy a guitar as their first instrument, they buy an MPC and a controller and start making beats. A challenge that relates to this, is to find the right blend between analogue and digital. I believe finding that right blend can be key in order to connect the guitar world to the world of computer/beats/synths.”

So what’s next for Beetronics?

“Our plans are to better connect our passions for music, recording, art, effects and bring it all together at our Hive and expand that in every direction. We also have many noisy bees on the way, including new collabs!”