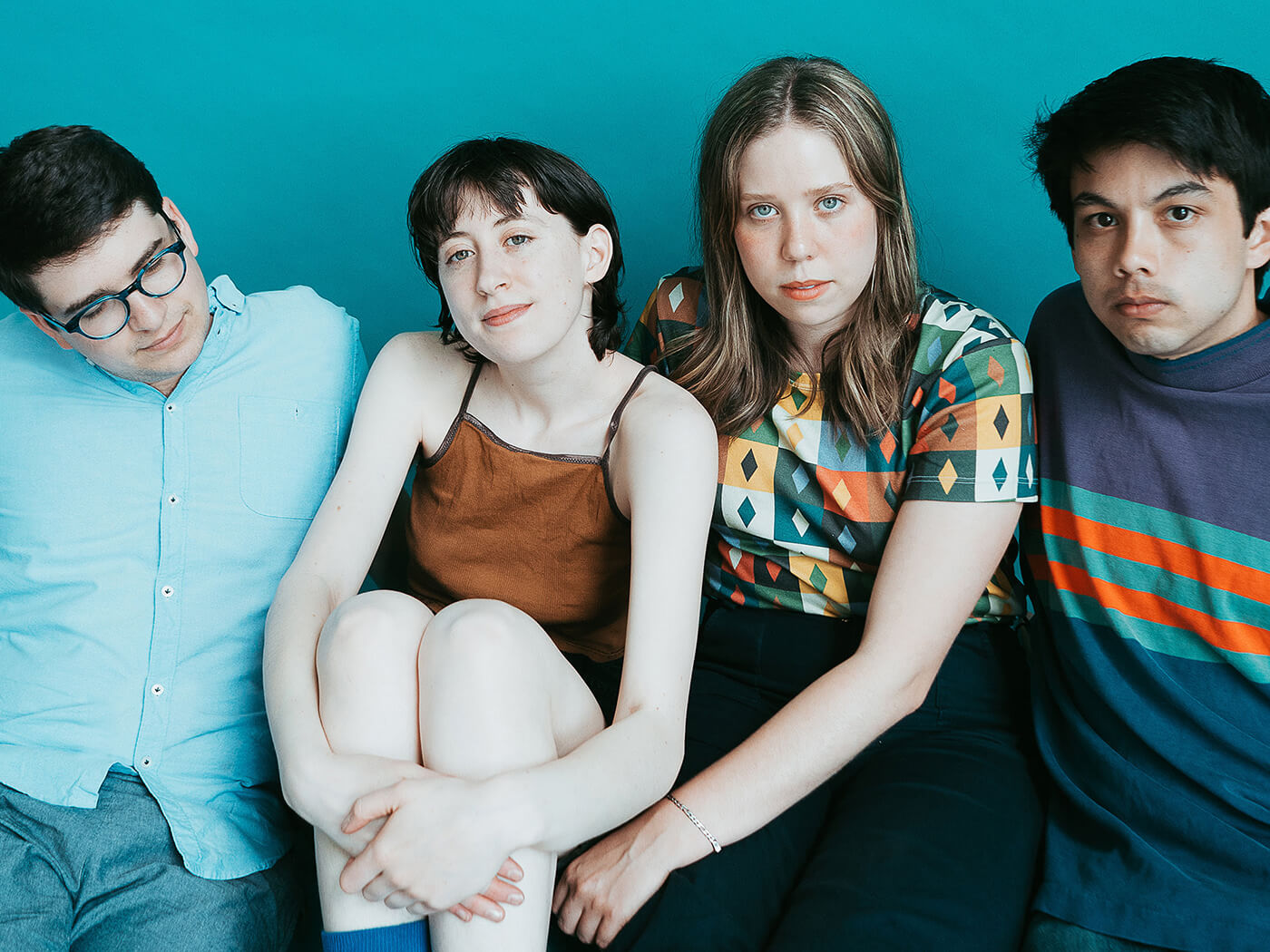 Frankie Cosmos have revealed their fourth studio album, Close It Quietly, hot on the heels of last year’s Vessel, which charted at number nine on the Billboard indie chart. The project has now manifested itself as a full band lineup, allowing Alex Bailey, Lauren Martin and Luke Pyenson to contribute more “big picture” ideas and develop a camaraderie that’s heard in their performances.

Recorded close to their home of New York City at Brooklyn’s Figure 8 Studios, the band were able to work with a new sense of discipline and attention to detail. Here, the band pick out their five favourite guitar excerpts from the new album.

Rings (On A Tree)

Greta: “One day Luke and Lauren texted the band group chat with this idea that Alex should write a guitar part for the middle section of Rings. They both had the same sort of thing in mind but didn’t quite know how to translate it to guitar and they knew Alex would be able to figure it out.

“Alex just spewed out this perfect funky part for me to play. It’s the kind of thing I would never write, it’s not like any of the go-to ways I usually phrase chords, but it’s so fun to play and it feels so Alex. This song feels really touched and transformed by every person in the band; it feels emblematic of the four of us.”

Luke: “The original demo of this song is just Greta singing and playing what is now the bassline. I imagined it getting much bigger — the chord progression is so good, the vocal melody is so catchy, I thought it’d be fun to make a pretty straightforward, very ‘guitar rock’ arrangement. I was trying to explain this in practice, but as the drummer, I lack the vocabulary or sophistication to discuss melodic instruments…

“I said things like ‘barre chord’ without fully knowing what they meant! Alex understood and wrote a guitar part so ripping and uncharacteristic of Frankie Cosmos that I believe he’s embarrassed by it, which is how I know he did it right. It’s a departure. But it’s fun to unselfconsciously ‘let loose’ sometimes, you know?”

Alex: “I hadn’t planned on playing any guitar on this song but while we were recording it Gabe [Wax] and I came up with some ideas to add a second guitar to a few sections. It’s just whatever I could come up with that day, just playing along on the spot. I would normally prefer to spend a little more time working out a part if I know I’m going to play guitar on something, but I ended up being really happy with the moments we added and I now feel like those little chords are part of the song. It makes me excited for Lauren to play the part in our live arrangement.”

Lauren: “The lead guitar part in Did You Find was partially born of my misinterpretation of the song’s timing. I kept playing the part a bit off but in a way that was working with what everyone else was doing. We decided to lean into that and make the ending into duelling riffs – one playing in time and one stuttering ever so slightly ahead. It feels like this section could continue on forever. If we were a different band we could have drawn it out for five minutes but being Frankie Cosmos, the most appropriate ending is cutting it off abruptly just as you’re settling into the rhythm.”

Greta: “I recorded the main guitar and vocals at the same time, and I hummed the second guitar part, just to mark where it was going to be. Everyone liked the humming, so even though I overdubbed it as a guitar solo, we ended up keeping the humming in too. I like the intimacy of the humming because it was unrehearsed and there was no assumption that anyone would ever hear it, so it has this unselfconsciousness about it that sounds cozy to me. I also like how that humming is paired with the same part played on an electric guitar, the rock-star version of the same part.”

Close It Quietly is out now on Sub Pop.