Introducing… Holly Humberstone, a different kind of guitar star whose impressive debut was borne of the pandemic

The British singer-songwriter’s lockdown-created debut EP Falling Asleep at the Wheel has marked her out for big things on both sides of the Atlantic. We chat to the 20-year-old about baritones, textural guitars and why she was “scarred” by an Epiphone Les Paul…

Everything about this year is different. So when Holly Humberstone made her recent US late night talkshow bow with a set on Jimmy Kimmel Live!, she leaned into that. Standing in for the studio glare of Los Angeles, witness the headlights of a creaking Range Rover on the farm back home. In place of a stage, find the car’s bonnet and the Lincolnshire countryside retreating into the night.

After tumbling from an opening slot on Lewis Capaldi’s European tour into COVID-19 lockdown, Humberstone has spent recent months figuring out how to be creative under the current circumstances, playing online sessions (including an atmospheric offering for Guitar.com Live) and assembling music videos with her sister while gradually settling into the idea of writing new music. “It’s been so weird,” she says. “A lot of the creative stuff that I’ve been forced to get into during lockdown, I wouldn’t have been at all good at before, or even had the chance to do.

“A lot of the creative stuff that I’ve been forced to get into during lockdown, I wouldn’t have been at all good at before”

“At first I was really uninspired. I’m most prolific when I’m really busy, and seeing my friends, cramming my days full. It was really hard going from that to doing absolutely nothing, and finding it hard to write. I put quite a lot of pressure on myself as well. I felt like everyone was like, ‘There’s going to be so much creativity coming out of lockdown with all these creatives stuck inside…’ After I chilled out a bit, I had to see it as an opportunity.”

Humberstone released her debut EP Falling Asleep at the Wheel in August. It’s an artful collection of studied, serious indie-pop songs, fusing some luminescent melodies with searching lyrics that are hitting home with people in real time. She sees the title track – Maggie Rogers via bummer house keys and a War On Drugs lead break – as one of its anchors, having emerged at a time when she was tuning in to what sort of artist she’d like to be.

“I remember writing the song and it being a real milestone for me,” she says. “I wrote the whole EP over the course of two years. It took me ages to figure out who I was within the music I was making, what I wanted to do with it, what kind of sound I wanted to make, what I wanted to say. It took loads of shit songs, loads of experimentation, before realising how I wanted to come across. Falling Asleep And The Wheel was a lightbulb moment.”

“It took loads of shit songs, loads of experimentation, before realising how I wanted to come across”

Falling Asleep At The Wheel was largely crafted alongside Nottingham-based producer Rob Milton, and it’s an interesting blend of small town, late teen reality and widescreen could-be-massive songwriting. Humberstone is an open, insightful lyricist who prizes direct access, utilising her music as a communication tool even between the people closest to her. 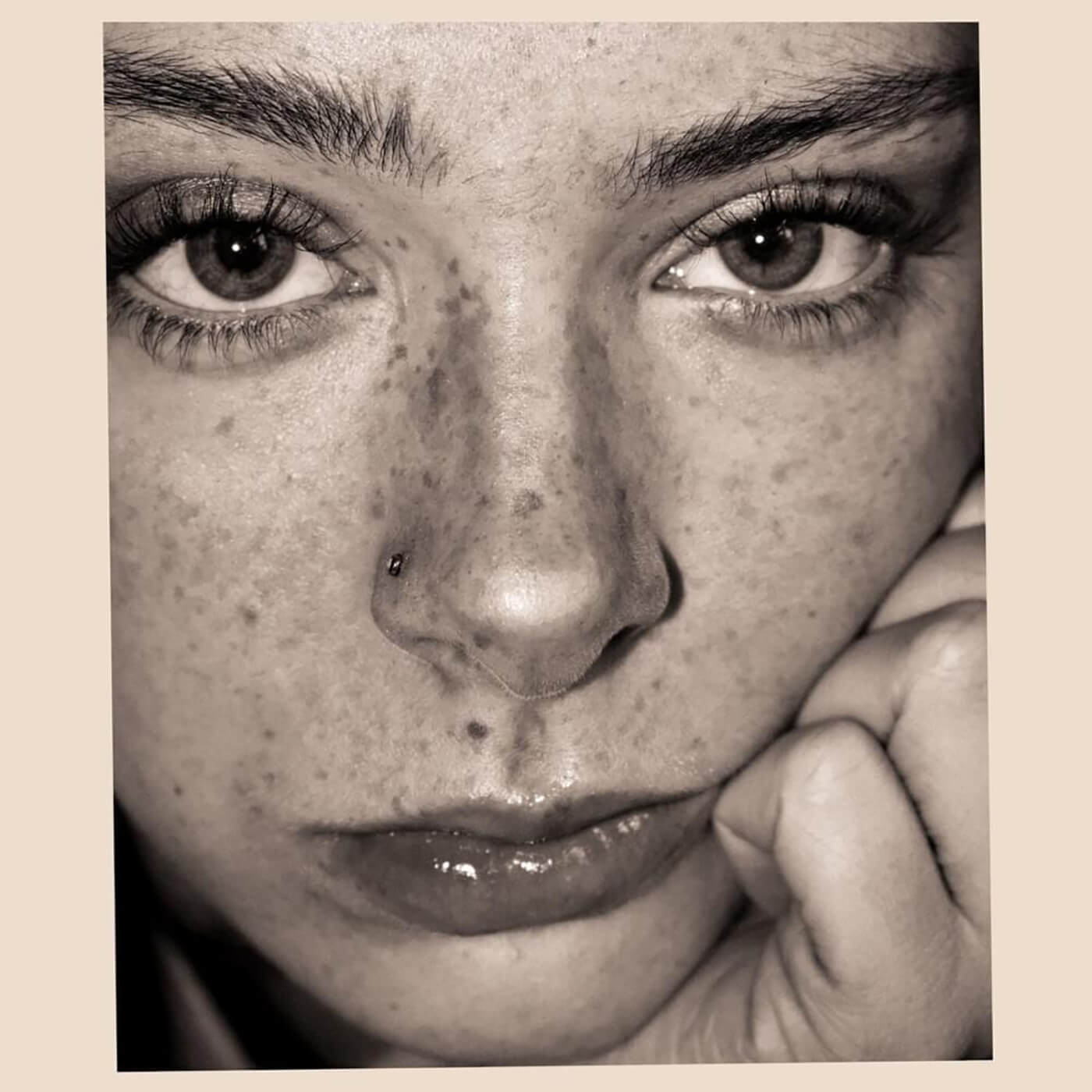 Deep End, the EP’s striking opening song, was written for one of her sisters as Humberstone struggled to understand exactly how to help during a difficult time. “I’ll be your medicine if you let me, give you reason to get out of bed,” she sings over desolate guitars. “Sister, I’m trying to hold off the lightning and help you escape from your head.”

“I’ve been getting messages saying, ‘This is mine and my sister’s song’ or ‘I’ve felt the same way about my best friend’,” Humberstone says. “A lot of the stuff I write might connect with people because it’s universal. I’m never going to be the only one who’s feeling like that. We had a plan to release Falling Asleep at the Wheel first, but then I wrote Deep End. I think it’s the most vulnerable I am on the EP, that’s why it’s a good first track. I’m baring so much of my soul. When I wrote that song it needed to come out. I love that.”

This emotional honesty is a recurring theme on Falling Asleep at the Wheel as Humberstone interrogates anxiety, self-doubt, love and other big hits. She does so without so much as a lick of varnish, choosing instead to speak plainly wherever possible. “I really like songs that are conversational, and not trying to be poetic,” she says. “Like, ‘This is what I’m saying’ or ‘These are my unfiltered thoughts.’ I love listening to music that has personal detail in there, and rambling thoughts – people like Phoebe Bridgers or Damien Rice or Lorde.

“I feel like I know them personally from listening to their stuff. Also, a lot of the time I’m writing for myself. I’m just trying to get my words into a simpler format. I find conversations really hard to have, especially if they’re awkward ones about mental health or telling someone you like them or whatever. I think putting something into a song is easier for me to do and it’s genuinely a simpler format than having it all confusing up in my head. It helps me so much to work through my feelings. It helps me just as much as someone listening to it.” 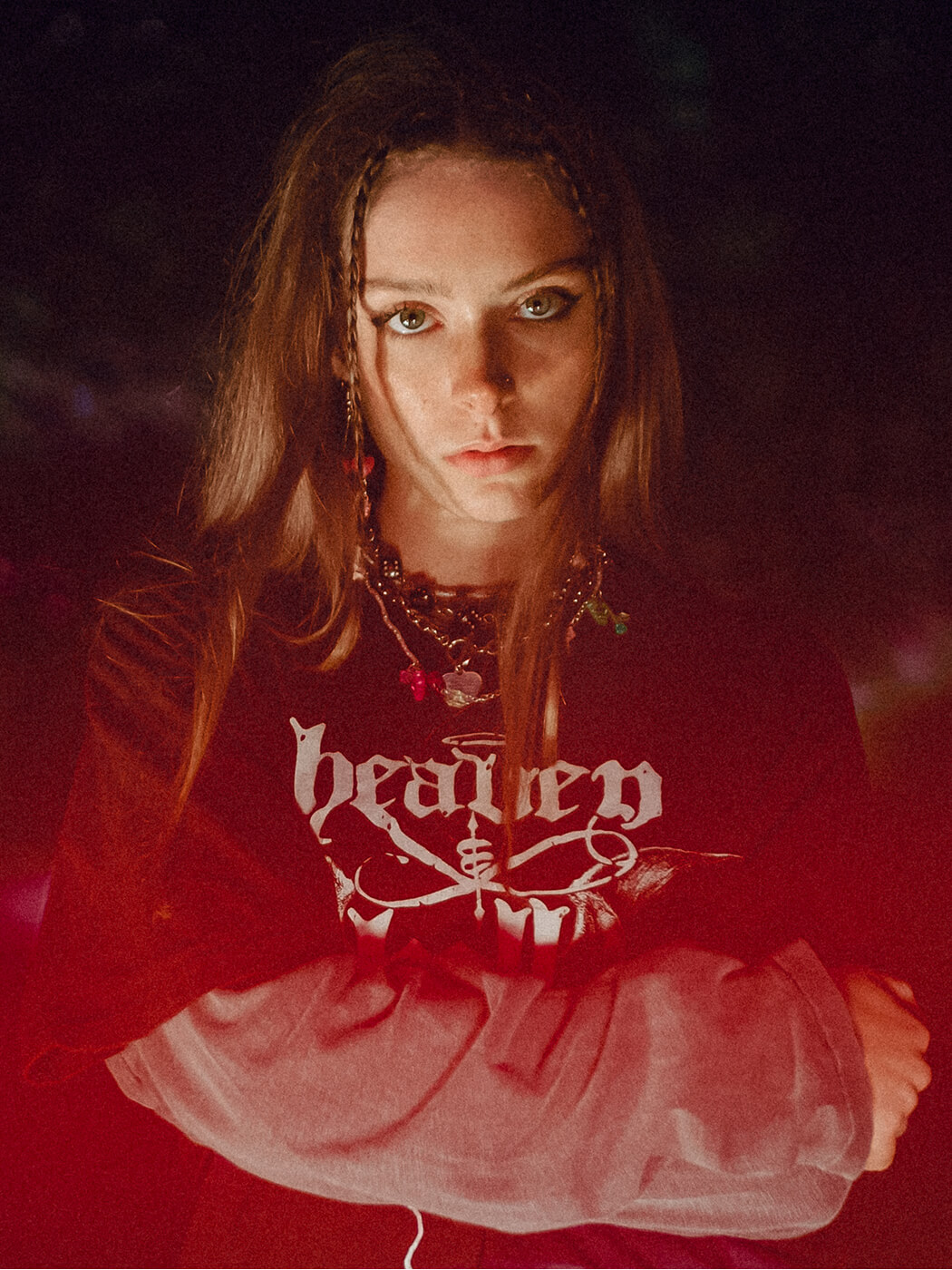 The EP’s palette is a bracing, entirely trend-appropriate blend of traditional instrumentation and shimmering electronic textures. Humberstone manages to thrive in this arena, relying on sharp, unusual melodies and gutsy delivery to add blood and heart to a space that is rapidly filling up with identikit artists. Tracing things back to the start, she views her songwriting approach as a sort of stylistic scrapbook, with multiple jumping off points. Unsurprisingly, emotion-first is a general rule.

“Sometimes it’s a guitar, sometimes it’s a piano,” she says. “I find if I’m writing on my own then I can usually just jot a load of stuff down and see what sounds nice. Some stuff stems from the title. I thought of Falling Asleep at the Wheel before I wrote the song. Sometimes when I’m co-writing with other people, it’s so important to have people in the room I can trust and who I can offload on first about how I’m feeling.

“I really love music that has that blend of real, natural instruments and cool, wonky electronic bits as well”

“Some of the songs on the EP were written before the production [ideas], like Drop Dead and Deep End, but I also love going into a room with Rob and jamming, making something sound cool. That’s really inspiring as well. With Overkill l we were listening to loads of Fleetwood Mac and Haim, and it came from there. It’s different every time. I really love music that has that blend of real, natural instruments and cool, wonky electronic bits as well. Rob is so good at that, he’s got loads of vintage, weird, synthy, arpeggiated things. I love all those odd sounds.” 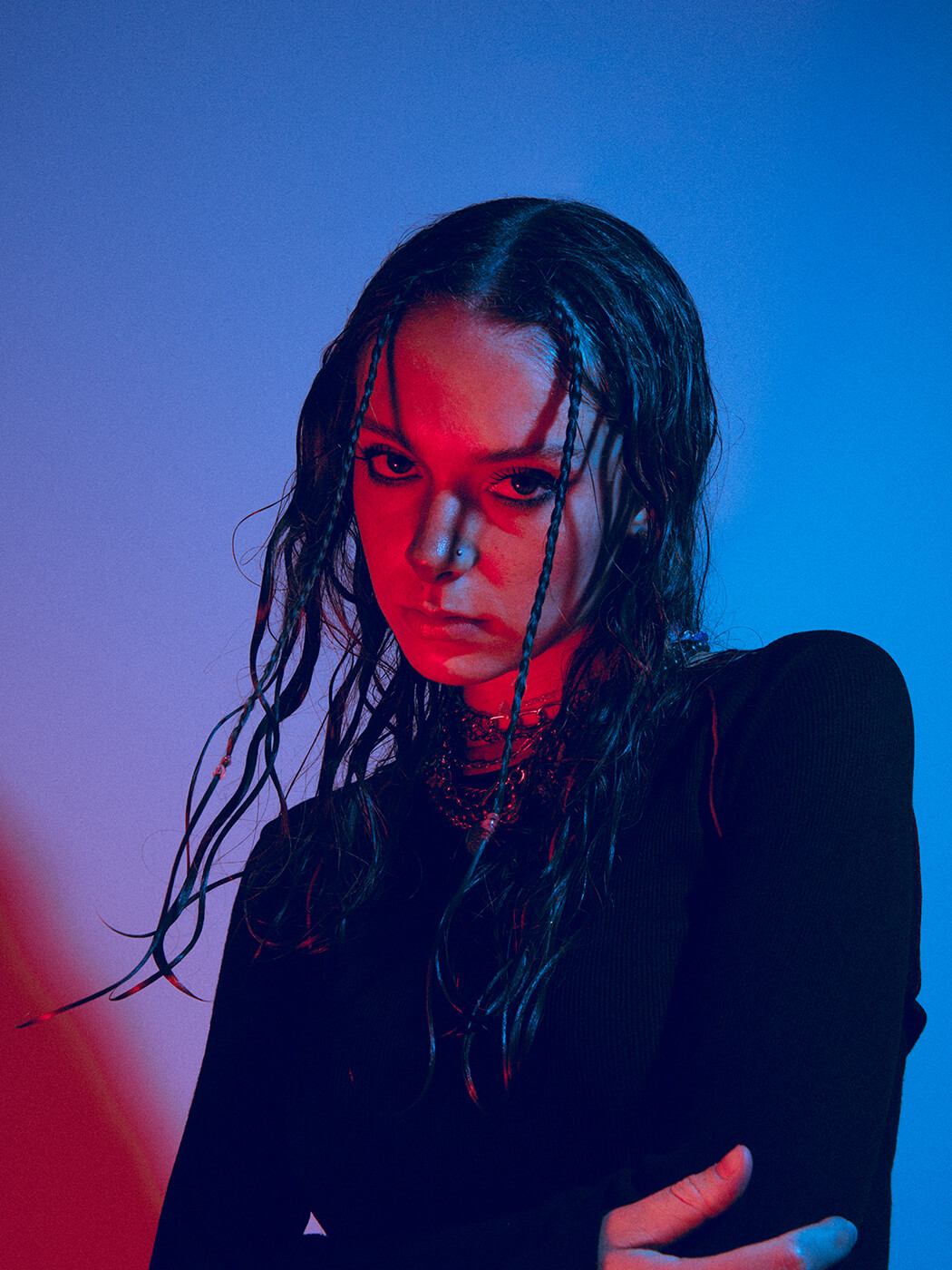 Milton also provided the guitar that Humberstone sees as vital to the EP’s overall sound. Accenting a handful of Fenders – Humberstone has been playing a Player Lead III and Mustang 90 of late – is an Airline Map baritone from Eastwood, modelled on a National Newport.

“I love an ambient, reverby electric guitar,” she says. “It just does something to me. I didn’t know the baritone existed before we wrote Deep End and now I’m obsessed with it. I play it all the time. I also play quite a lot of Fenders, but my first few guitars were Epiphone Les Pauls that my dad got second hand on eBay. They were great to learn on, but I dropped one on tour and snapped the neck in half. I’m scarred from that experience.”

“I play quite a lot of Fenders, but my first few guitars were Epiphone Les Pauls that my dad got second hand on eBay”

Having introduced her to Damien Rice’s O, Regina Spektor, Radiohead (be sure to look up her cover of Fake Plastic Tree) and Led Zeppelin, Humberstone’s folks are also behind the loops that have lit up her recent sessions.  “I’ve got a really over-enthusiastic dad who’s down for getting new equipment that I have no idea how to use,” she laughs. “I think he’d seen – classic, of course – Ed Sheeran’s Glastonbury performance. 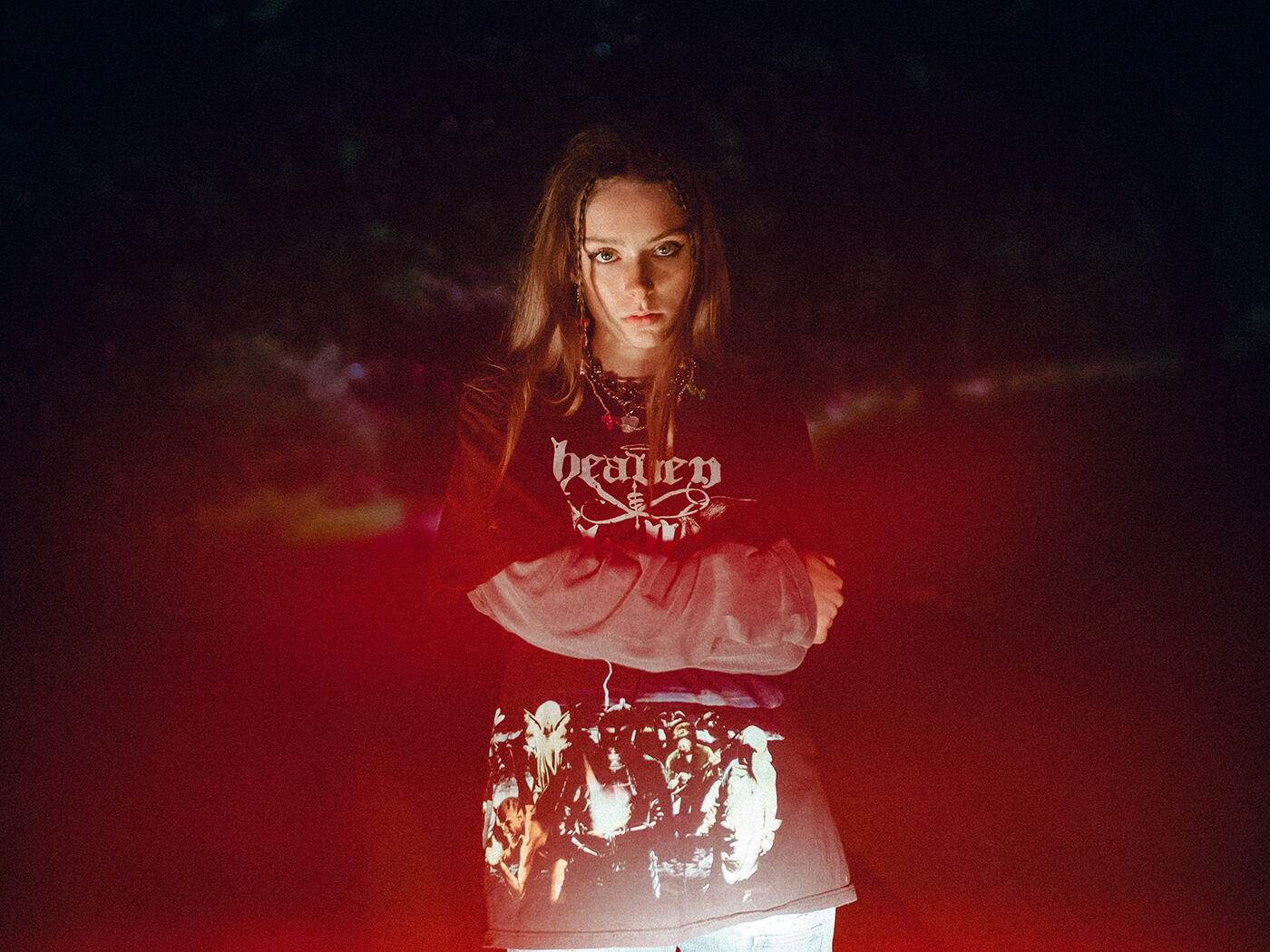 “My parents are really supportive and I think he bought a beginner loop station, and I’d not really touched it. I still play solo, and when I went on the Lewis Capaldi tour at the beginning of this year I realised that if I’m going to be playing rooms that are a bit bigger I’m going to need something else to fill out my sound. I incorporated the loop pedal, but I still don’t really know how to use it. I’m so awful at the technical side of stuff. Honestly, anything could happen on stage. I hope for the best.”

As strategies go, hoping for the best isn’t exactly bulletproof. But you get the feeling that, even at this early stage in her career, Humberstone has enough talent and melodic  smarts on hand to make it work. “Writing Falling Asleep at the Wheel, I’ve made a little world for myself,” she says. “I understand who I want to be. It’s really fun to explore that world, push some boundaries, and I’ve really enjoyed writing on my own. I have a few songs for the second EP that are things I’ve worked on solo, which is really important to me. That’s how I started out. I’m waiting for one or two more songs, but I’m so excited.”

Holly Humberstone’s Falling Asleep at the Wheel is out now.