“The plan was to do a hardcore record with a soul song in the middle, but everyone was like, ‘That’s too weird’”: Honey Joy on album two

With hooks for days and a boisterous fusion of thrashing riffs, Honey Joy are not your average indie punk band. 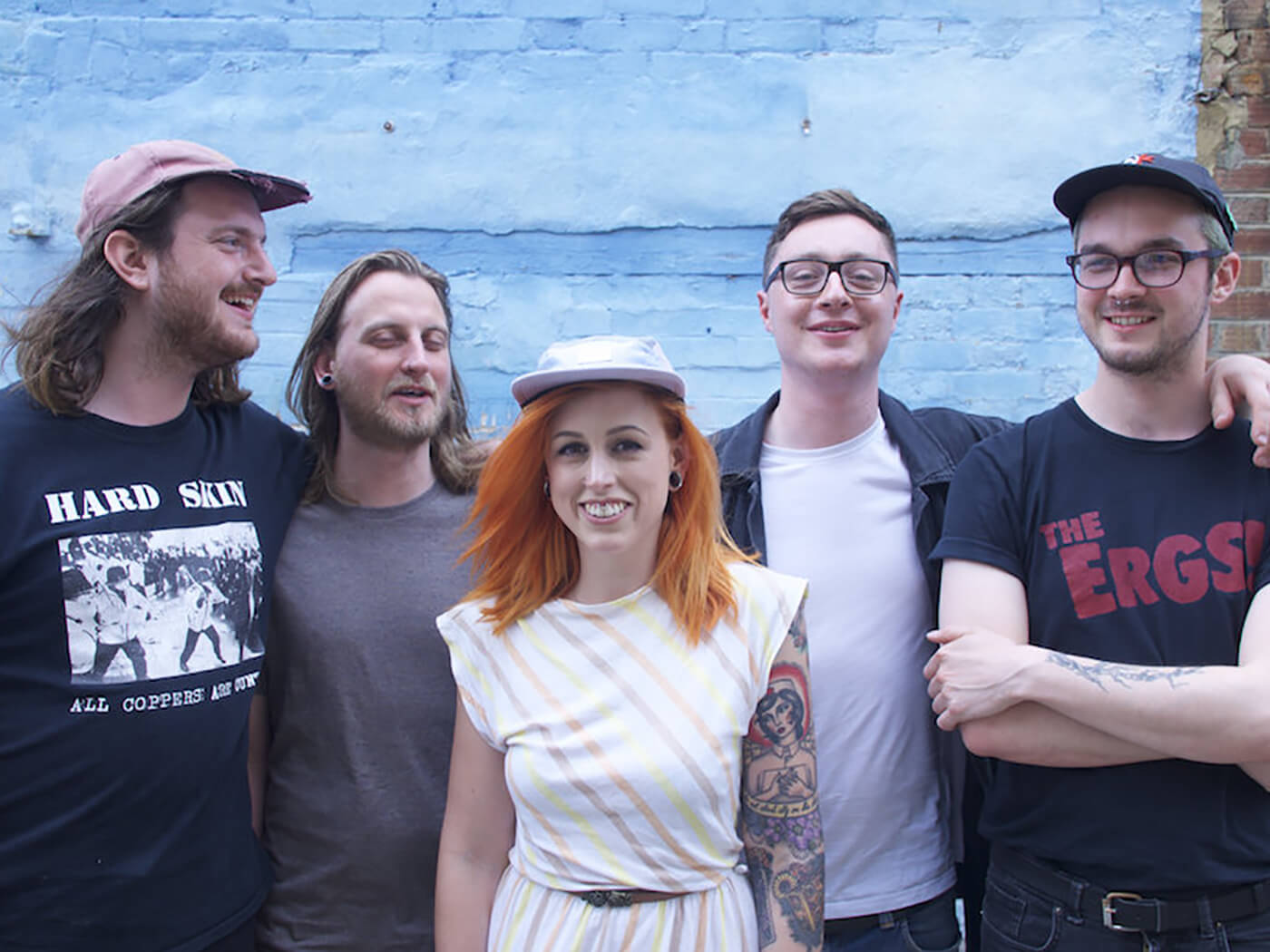 Spend any amount of time looking into the UK’s indie-punk scene and you will quickly become aware of a thrilling subset of bands orbiting labels like Specialist Subject, Big Scary Monsters and Everything Sucks. Slinging quality records defined by winning hooks and DIY ethics, Honey Joy are a prime example.

The London quintet’s new album II is a boisterous fusion of thrashing riffs and shoutalong melodies, with vocalist Meg Tinsley sparring with guitarists Matt Tinsley (her husband) and Giles Bidder (formerly of Great Cynics). Recorded across five days with Apologies, I Have None guitarist Simon Small – whose CV also includes records by Black Midi and Cultdreams – it’s a total rager. We caught up with Meg and Matt to discuss their writing process and the importance of self love.

The album was assembled in two segments as you dealt with differing mental health states. How did that affect your process?

Meg: “I was signed off work for about three months. It all ended up coming out in my songwriting. It’s a way of making sense of it all. I pretty much put it all to one side when I tried to get back into work, and picked it up again once we were planning on recording. At that point I had a few songs from that time in my life that wasn’t so great, but not enough for a record. I was having to write new songs from a much better place. It ended up contrasting. But it was nice to look back and see a change in the way you were, and to be able to put it all together.” 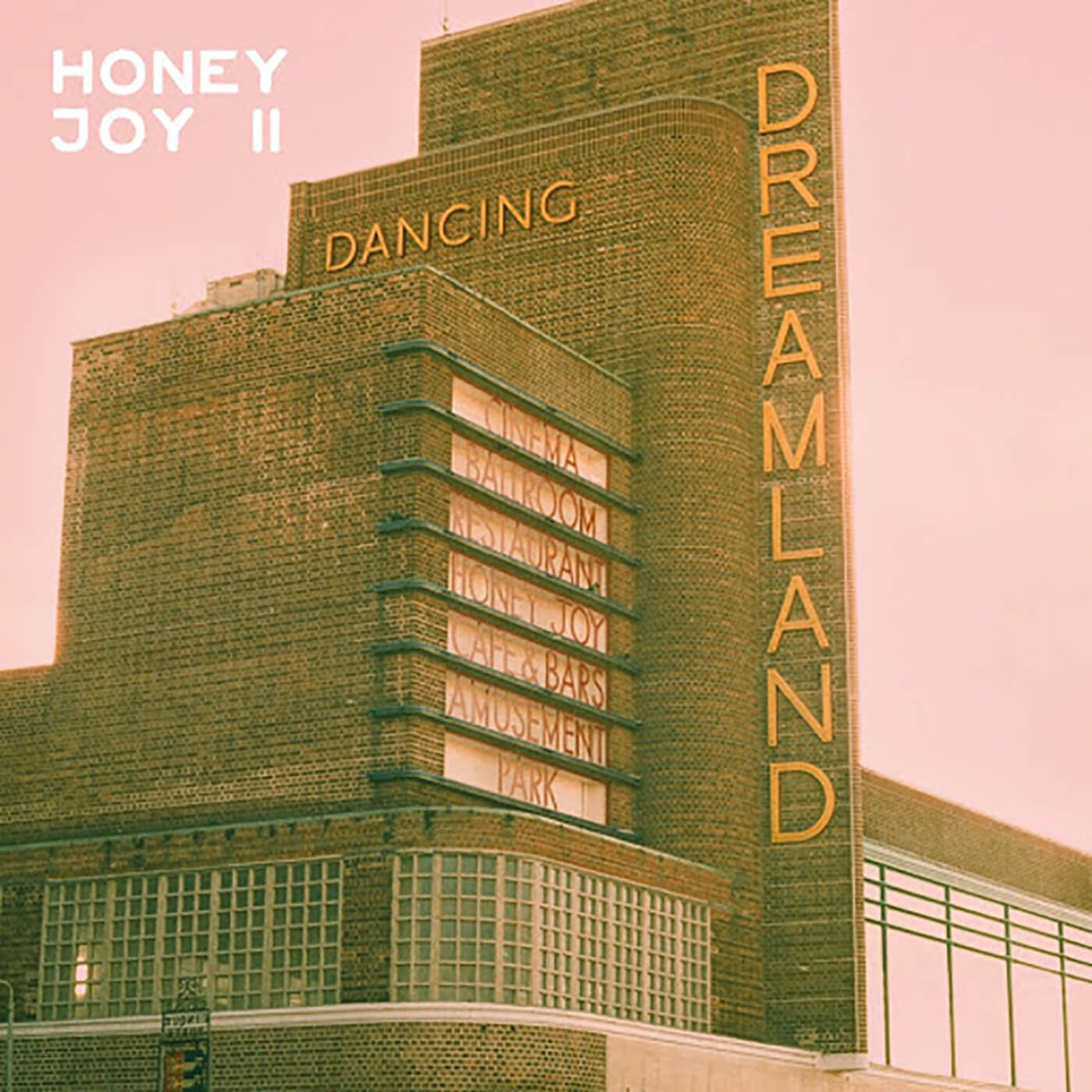 More generally, how does a Honey Joy song take shape?

Meg: “It’s always been this way – the guys will come in with guitar, bass and drums, and the vocals are the last thing. I don’t show them anything until I’m set on it.”

Matt: “Up until when we were talking about this record, we didn’t know what any of the songs were about. Meg sort of said, ‘This is one half of the album’ and it opened up a dialogue, ‘What are the other songs about, then?’ It’s been really interesting that there’s a theme to this record –it’s not just a load of songs. They all flow together.”

Meg: “There have been times when I won’t show them until I’m physically recording. But now we’ve had that breakthrough, it’ll be interesting to see how we continue writing. I think vocals will be more involved from the start now.”

II is home to a two part post-hardcore sequence and also a genuine power-pop gem. How did you ensure that these extremes could sit alongside one another?

Meg: “The Contagion/The Healer are musically similar, but the lyrics are quite different. They represent the album well. The Contagion is all about negative emotions, how easy it is to pass them on, and how someone’s words can be poisonous. The Healer is like, ‘No, love yourself.’ With Queen Ray, we approached it the same way. We knew it would be pretty out there compared to everything else, but we wanted it on the album so we had to trust the way it sounded. “

Matt: “It was one of the last songs we wrote. We needed a more uplifting song. You don’t want to constantly be in minor keys. We needed a pop song.”

Were there any touchstones for how you wanted the record to sound?

Matt: “I was like, ‘I don’t want to make an indie-punk record again.’ Initially, the plan was to do a hardcore record with a soul song in the middle, but everyone was like, ‘That’s too weird. Let’s not do that.’ It was good working with Simon, because he asked the same question: What do you want from this record? I said, ‘I just want it to be a punk record, more raw, rough around the edges.’ And he rolled with that. He had loads of ideas. The amp I used on it was the size of a laptop. It was gnarly, the dirtiest thing ever. It’s some weird prototype his friend gave him, apparently from the 1940s.”

Aside from that trip back in time, what was your setup?

Matt: “I was playing my Fender Telecaster, Joe [Beal] played his P-Bass, and Giles likes to delve into all the gear. Sometimes he’s playing lead lines, sometimes he’s doubling up what I’m playing, so it was really good to have him trying out these weird fuzz pedals, and different guitars. With me, Joe and Jay [Cavalier, drums] it was, ‘These are the parts… done’. When Giles and Simon were in the room, they were messing about with different amps, different settings, different pedals. It was really fun to watch, because we just sat on the sofa thinking, ‘I have no idea what’s going on’.”

Honey Joy’s II is out on 4 September through Everything Sucks.