South London-based trio Honeyglaze are the latest band to work with Speedy Wunderground, the independent label helmed by Dan Carey that seem to cherry-pick the very best in upcoming bands. Not convinced? The likes of Black Midi, Squid and Black Country, New Road have all had releases on the label, whilst Carey has also worked with Fontaines D.C. amongst others.

So, how do Honeyglaze fit the SW mould? Simply, they’re the next torch bearers fit for the post-punk that’s been dominating the South London scene they’ve begun to call home. However, dig deeper and you’ll find that they can’t really be pigeonholed. “Our musical styles are quite different from each other. We have quite a diverse taste in music and that comes out when we play,” begins Sokolow.

Curtis cuts in, “I think we get bored. We just don’t want to keep on playing the same kind of song, so every time we come up with a new song it’ll come out different, and that’s a good thing. Rather than saying ‘this is the Honeyglaze sound’, anything will go.”

“I think we get excited as well,” Sokolow admits. “When we manage to pull a new style or sound into something that we thought was very one-dimensional, it’s quite exciting for us.”

As previously mentioned, signing to Speedy Wunderground meant that the band got to work with Dan Carey, the label owner who has also produced on records by La Roux and Kae Tempest. With the label also based in South London, he didn’t have to look too far to discover his next prodigy act: Honeyglaze. Indeed, when it came to working together, there was a particular energy they wanted to capture.

“We definitely as a band focus on live performance first and foremost. So, when we come into the recording studio we don’t need very much, and I think they’re very amenable to that” says Curtis. “I think the fast process, the thing they’re most famous for, really suited us. We recorded everything in one or two takes, we don’t really get bogged down in details,” Sokolow explains.

Honeyglaze are a band who refuse to dwell on perfectionism, unafraid to showcase the rawest form of their sound. In terms of influencing their guitar playing credentials, there are numerous legendary names that come to the fore, notably Jonny Greenwood and Nick Drake for their own unique play styles, whilst Sokolow gives special mention to Angel Olsen, appreciating her “sparse and raw” approach to the instrument.

In recent years, particularly the band’s home of South London, there’s been a restless breeding ground for some of the most exciting guitar bands emerging onto the indie and post-punk scene in the UK. So, what makes it such a prominent area for musical inspiration? “I think it’s the community, maybe having so few venues has a big difference, a lot of bands are condensed into the same place” says Sokolow.

“There’s a lot of young students, especially art students who are concentrated in that kind of sweet spot. In terms of The Windmill, Tim Perry (the venue’s booker) who is a big part of that has great taste and a good ear” says Curtis. “The Windmill offers upcoming bands a chance to get noticed, with a constant ear to the ground on who has a distinct style that can find a place within the UK independent music scene.”

There can be some misconceptions around the venue according to Curtis, “The Windmill scene is actually only maybe 40% post-punk, the rest of it is all kinds of music and it’s just people who hang out at this pub. We’re comfortable being associated with the scene because it’s the actual community we’re part of. The style isn’t a focus, it’s just an association.” 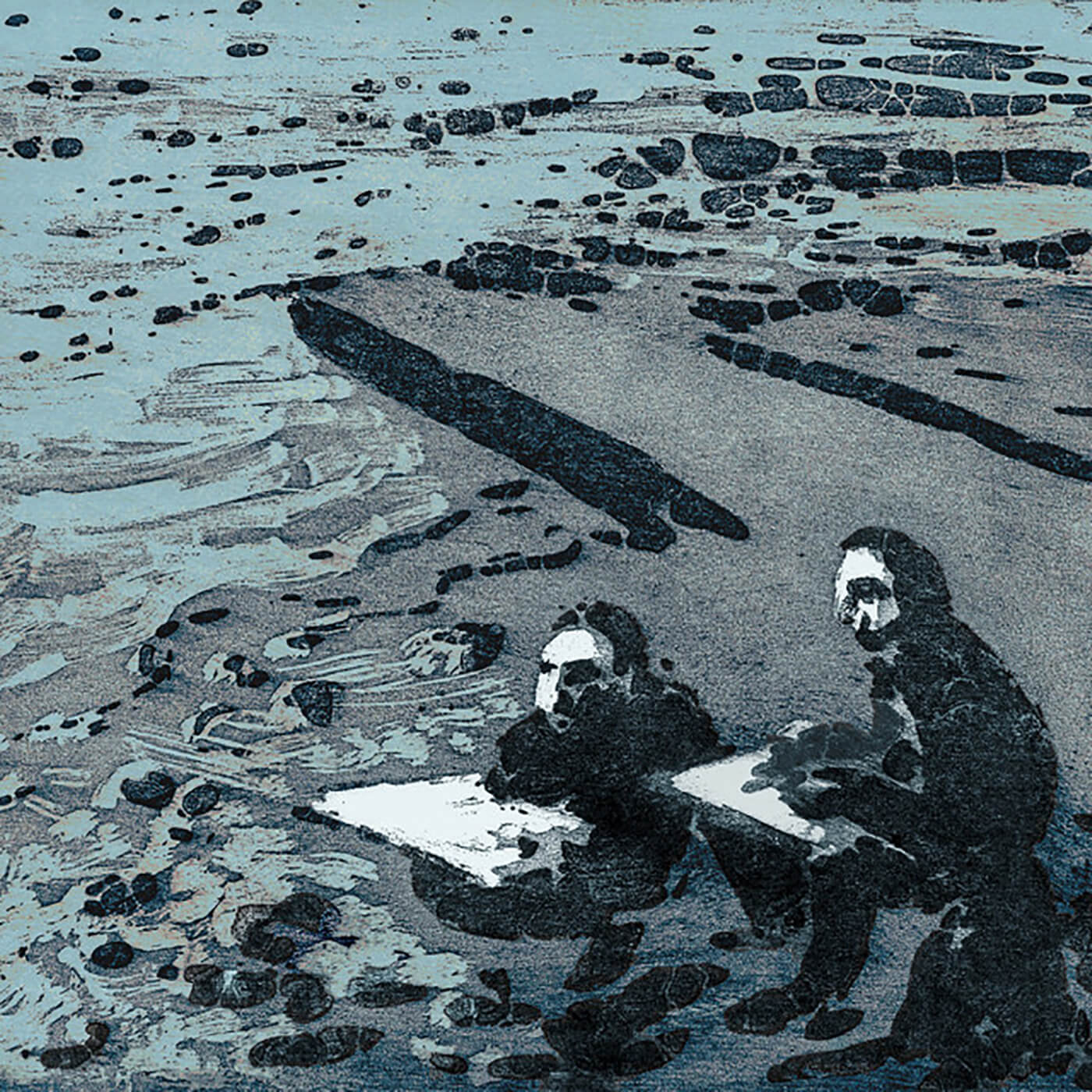 Start of something new

Formed just before the first UK lockdown, the trio have emerged from its shadow with a full-length debut album ready to be released. It’s an LP that feels polymorphic, unable to merely exist within one style or genre, instead moving through various iterations. From slow, mechanical rhythms that you may expect from their London counterparts to more melodic sequences akin to contemporary indie rockers such as Julia Jacklin or Hovvdy.

The album captures a very specific moment within the band’s stylistic genesis. Sokolow describes the process as “a snapshot of a certain time. I think we’ve changed so much, it’s very insular [the album]. At that point it was in lockdown, and we weren’t seeing new bands, we weren’t seeing each other or playing together, so it was made during quite an isolated time.”

To achieve the raw sound that is found throughout their new album, Sokolow was utilised the Walrus Audio ARP-87 Delay before overdrive pedals. A key process for figuring out dynamics and “working out how much we could have when going hard.”

The entire album process came together very rapidly for Honeyglaze, as is customary under Dan Carey’s watch. They only needed three days in the studio to record, a blistering pace from the outside looking in, but as natural as they wanted in order to harness as much of that untamed live sound as possible.

It’s a long way to come for what was originally Sokolow’s solo project, but unwilling to be pigeonholed into the ‘singer-songwriter’ category she pushed for a wider line-up. “I’d never really played a show on my own. The first time I did play it was me and a lap steel guitar. I thought it would be interesting to have some other people helping me and I knew these guys were talented, so I just asked them.”

A handful of quickfire rehearsals later and they were taking to the stage at The Windmill for a one-off show that signalled the beginning of a ‘sort-of’ residency. It’s been a whirlwind for the young band, but they’re embracing, even thriving, on their controlled chaos.