No crowds, no venue, even the band had to be separated by screens in a studio – is this the strangest live album ever made? 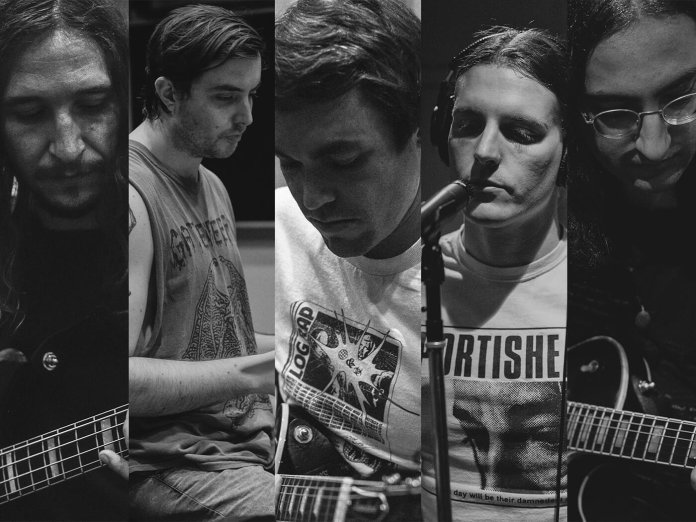 You can feel the effort, as though you’re at close quarters and the kick drum wants to punch a hole through your chest. The guitars mesh together in a blissed-out maelstrom as those roiling blastbeats unfold into George Clarke’s piercing shriek. It’s Deafheaven playing Dream House, and as it has done on thousands of nights in the past seven years it sounds monumental: ferocious, majestic, almost perfect.

But this isn’t like those other nights. There’s no crowd. There’s no sweat flying. There are no arms reaching towards the band from the front row. Instead, there are five musicians separated by screens in an Oakland studio. This is 10 Years Gone, a live album for our complicated times.

“There is no way to get that feeling that’s there when we’ve got an audience in front of us,” guitarist Kerry McCoy laments. “Some of the time, playing the songs almost made me emotional. Touring is something that I’ve essentially dedicated my life to, and I firmly believe that it’s what I was put on this earth to do. There’s just no way to get it back. We tried to do our best and not cut corners and not put too much of a shine on it.”

Back in June, Deafheaven turned 10 when the anniversary of their self-titled demo’s Bandcamp release rolled around. Plans were in place to celebrate the occasion with a North American tour alongside openers Inter Arma, Greet Death and All Your Sisters. Naturally, Covid-19 had something to add to that conversation. “To rebound from the financial and morale hit, we put together an album of the set we intended to perform,” Clarke said when announcing 10 Years Gone.

That set is something of a curiosity. Slotted alongside Dream House – lifted from their 2013 breakthrough LP Sunbather and perhaps the closest thing Deafheaven have to a hit single – are deep cuts and album tracks that seek to paint a complete picture of the band’s decade-long evolution.

That means the glimmering shoegaze of Daedalus, the first song Clarke and McCoy wrote for the group, being reframed to sit alongside the studied unravelling of Glint, an examination of anxious energy and triumphant release from 2018’s exceptional Ordinary Corrupt Human Love. Along the way we see every twist that has made Deafheaven the metal purist’s most eagerly reviled band: flecks of ambient guitar, meditative noise, and unfussy ferocity framed by Clarke wearing a Portishead t-shirt in the studio.

“Before every tour, everyone will get DMs or messages from the diehard fans, like, ‘Please play this song, please play that song,’” McCoy says. “But when we’re actually on tour, there’s not just diehards there. There are some people who have just heard us off some playlist on Spotify, or their friend showed them us in the car and so they just listen to the top eight songs on Apple music or whatever. Then there’s the people who have been there since 2010.

“We’re limited by time in an actual live setting because there’s a couple songs we kinda have to hit, otherwise I will feel guilty charging people a ticket fee. For this live record we thought it’d be cool if we just filled the rest of the set with a bunch of songs that we pretty much don’t ever play. Mostly deep cuts, with a sprinkling of the standards in there. We tried to do a whole album of songs that were either very old or we were not happy with the original recordings. We picked a tracklisting for the real heads.” 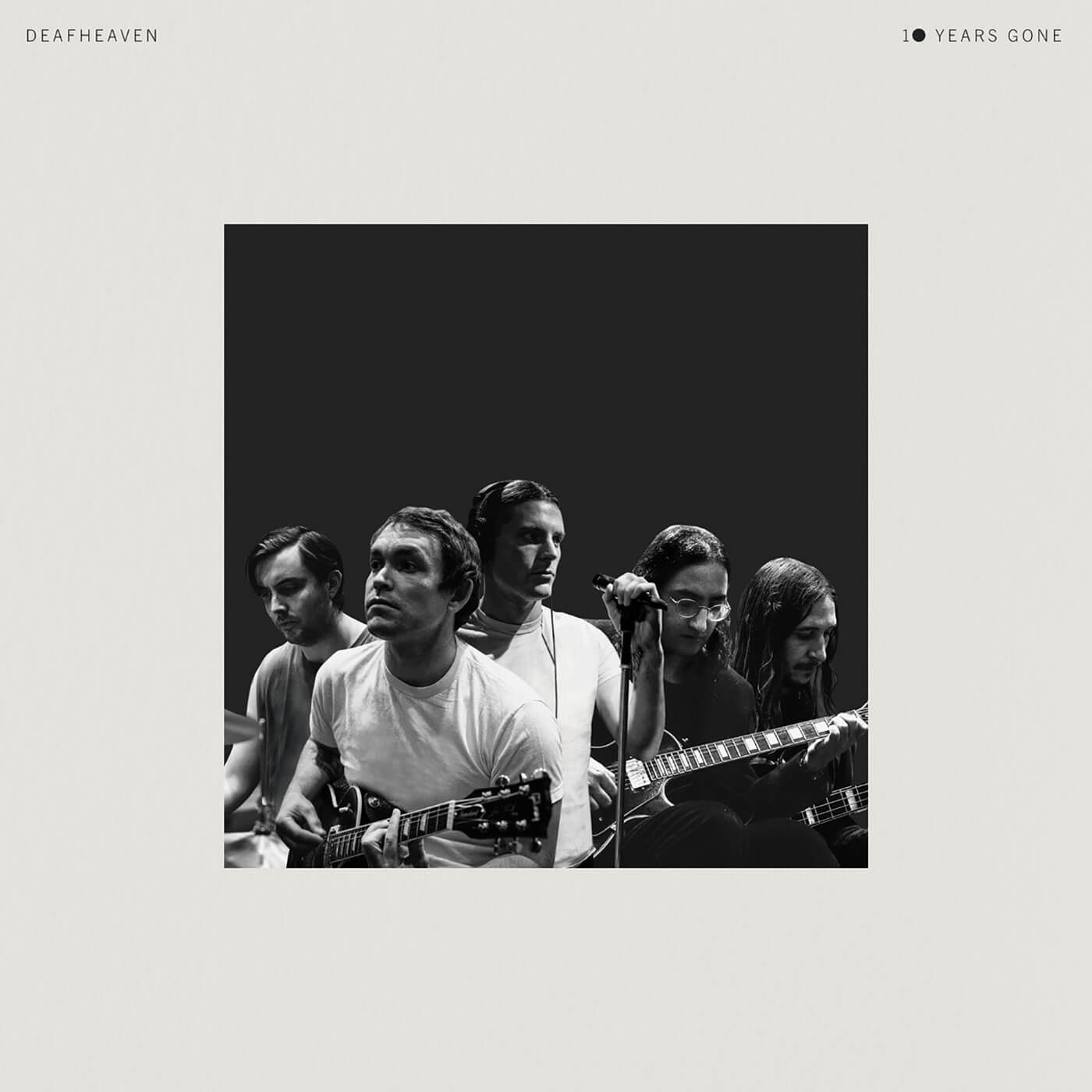 Putting your spin on it

Deafheaven’s cast list has been relatively settled for a while now – with guitarist Shiv Mehra, bassist Chris Johnson and drummer Daniel Tracy joining Clarke and McCoy – but there are several instances here where we’re seeing the first recorded evidence of this line up’s interpretation of their back catalogue. The changes are largely subtle, relying on the players’ chemistry to lead things, rather than wholesale structural reimaginings. “I think they got updated just by us being different people at different places in our music tastes and skill levels,” McCoy says.

“Daedalus is faster, there are tweaks to it. There’s a phaser here or there. But we also tried to remain true to the live thing. There are no overdubs on this. There are no special amps, just the Peaveys we play with live. The updating is the same principle that we’d have on tour. By night three or something, I’d be like, ‘I’m going to start throwing some delay on this part, let’s make this a little bit faster.’ We would’ve added an outro, or extended something, just honestly out of boredom.”

A crucial cog in 10 Years Gone succeeding is the fact that Deafheaven were again aided by producer Jack Shirley and his Atomic Garden studio. Shirley has been working with the band since day one, producing their demo, their split with Bosse-de-Nage and each of their studio LPs. Tracking live, and imparting a sense of power and gritty vitality to the end product, is very much in his wheelhouse. That’s evident in the textured, intricate layers that can be parsed through the thunder. “This is his exact vibe, he loves doing this shit,” McCoy observes. “He’s recorded all of these songs before, the original versions, so it was weird playing some of them. It was a trip down memory lane.

“He’s not in the original studio anymore, he’s got a new one now in a different location and it’s nicer. Some of these songs, when we recorded them the first time, George and I and the other members of the band had to take a BART, like the Bay Area subway essentially, down south and then switch to Caltrain, and he had to come in this little pickup truck to get us at the train station.  We had all our gear, and it was a very budget experience back in the day. Now, everyone’s got their own car, we’re at an Airbnb, he’s got this really fancy studio. It was kinda a weird juxtaposition to remember how long he’s been on this ride with us.”

Tools for the trade

Here McCoy’s gear choices reflect his overall attitude towards playing live, which foregrounds the desire to assemble his sound from solid foundations. Augmenting his Les Paul Standard and Peavey 6505 is a pedalboard featuring an Ernie Ball VP Junior that splits the signal into a Boss TU-3 and an Electro-Harmonix Memory Man. From there, it runs into a Boss RE20 Space Echo, Earthquaker Devices’ Grand Orbiter phaser and Afterneath, and a Fender Marine Layer reverb.

His approach to delivering epic slabs of extreme metal somewhat unusually begins with the pursuit of warmth, an element that has come to the fore more and more in recent years as classic rock swatches (see Baby Blue’s wailing solos here) began to dot 2015’s New Bermuda and Ordinary Corrupt Human Love.

“As a guitarist I try to push myself and get out of my comfort zone on every record,” he says. “I think that will continue as the years go on. But for the live record or a live setup, especially when we’re doing overseas touring or something like that, for me it’s a lot more about nailing down the basics and building from there.

“No matter where we are in the world I know I can get a warm neck pickup clean tone out of a Les Paul through a Peavey, and then I can split the difference between James Hetfield and Noel Gallagher on the gain channel. As long as I can get that going, then that pedal chain will get me where I need to be for everything else. On some of our records, and hopefully on future records, there’s going to be a bit more variety, but my live setup for the last 10 years or something, especially the whittled down version of it, is tried and true.”

Zoomed out, 10 Years Gone might be considered a celebration of intangibles. Despite the ferocity and volume on display it’s at its best between the lines, in the almost imperceptible intake of breath as From The Kettle Onto the Coil shifts gears into its second phase, or when we can picture Clarke’s dislocated grandstanding as he hands the baton to the rest of the band on The Pecan Tree. Nothing about this situation is ideal, for musicians or fans, but Deafheaven have emerged with a statement that makes us think again about their journey. That’s something.

“I think it captures really well one of the things about this band that I don’t think you can really replace: that it’s five guys in a room who really like making music together,” McCoy says. “What I like about it is that it translates the fact that over the last eight years, we’ve been give or take this same line up. The reason it’s lasted so long is because of that. We’ve always stuck to the idea that that’s really what matters. If you keep that simple truth then the rest will fall into place.”

Deafheaven’s 10 Years Gone is out now through Sargent House.