How the pedal industry has thrived in 2020

Despite everything else that’s been going on in the world, effects pedal builders have been seeing record sales and huge successes during the pandemic – here’s how they did it. 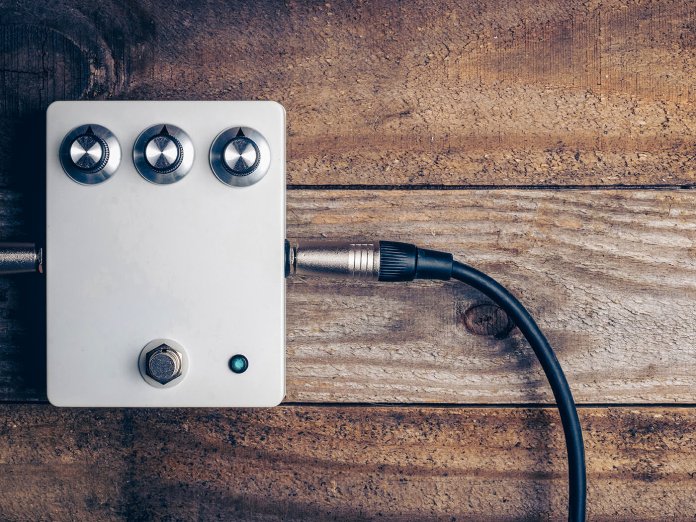 You won’t find too many people lamenting the passing of this strangest, most turbulent of years, and it’s been a crazy ride in the wonderful world of guitar effects, too. We couldn’t possibly have imagined the extent of what was to come as we immersed ourselves in the annual avalanche of new pedal launches at NAMM back in January, but COVID was about to wreak havoc across the whole industry.

As global lockdowns came into force, distribution and supply chain issues proved a massive headache for stompbox manufacturers, causing some to question the viability of their entire businesses. Remote working became a new norm and physical guitar shops were forced to shut up shop, but that didn’t stop an astonishing array of new effects hitting the market – and with many guitar players stuck at home with little to do but buy new gear, what else were we going to do?

Now, with 2020 finally in the rear-view mirror, we can look back on a year that was filled with both challenges and opportunities for the pedal industry. Here’s what our panel of experts had to say about how last year went – the good, the bad and hopefully not too much of the ugly. 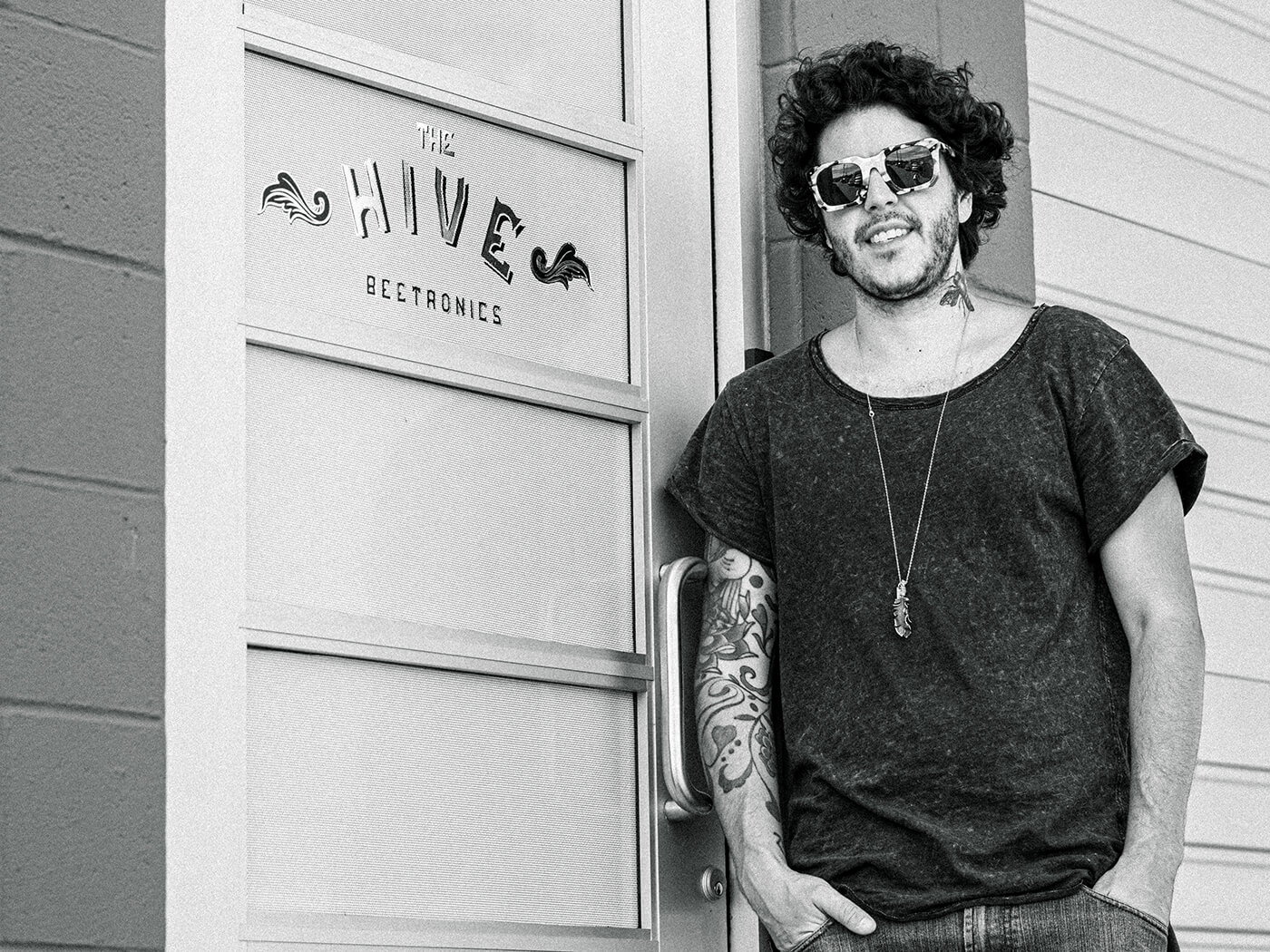 “This year, we took the time to really reinforce our structures on every end of the brand. At first, despite being a strange year, we actually grew as a company, and we now have more bees working at our hive and remotely. We also have built a recording studio inside our warehouse, where we are having a great time working on a ton of music projects, and it will also serve for us to receive artists and create cool content. And last but not least, we spent the biggest portion of our time working on new circuit designs. We are really excited about the releases for next year.” 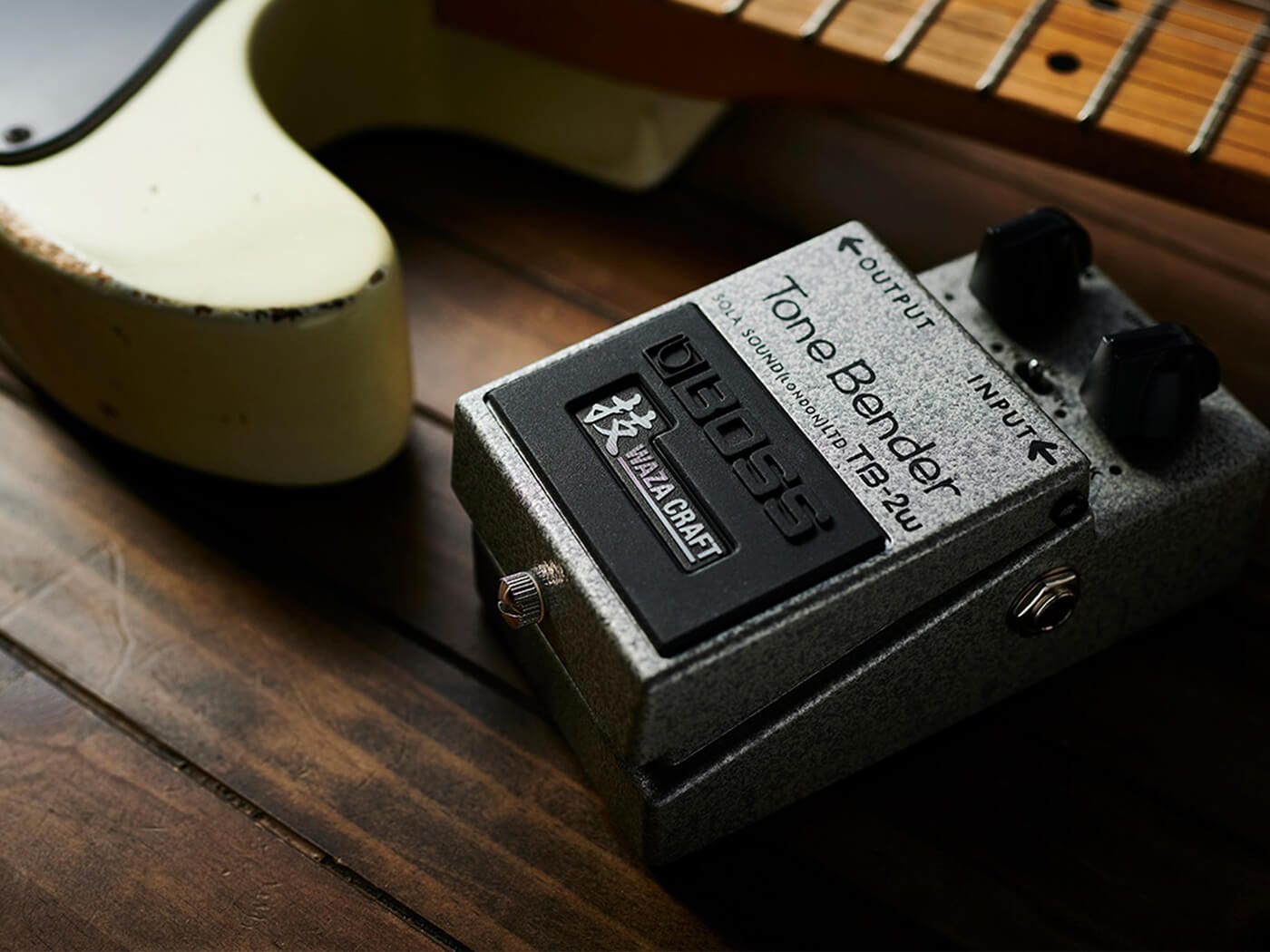 “Everything from the classics like the DS-1 and SD-1 to the cutting-edge 200 series did really well in 2020, and I hope if anything positive can come from last year it’s a wave of new guitarists. We were really pleased with the reception of the OC-5 Octave. Sometimes, when updating a popular pedal, the pressure is huge, and there’s a community of die-hard OC-2 fans calling for a Waza version, but what we wanted to do with the OC-5 didn’t fit our Waza approach. The team in Japan did an amazing job of respecting the authentic OC-2 sound but keeping the pedal progressive with its tracking and polyphonic technology. Also, the new RC-5 Loop Station blows my mind. How everything it can do fits in to a pedal that size is beyond me! Also, please allow me to say a genuine ‘thank you’ on behalf of the whole team to all the BOSS fans for their support. See you in the pit ASAP.” 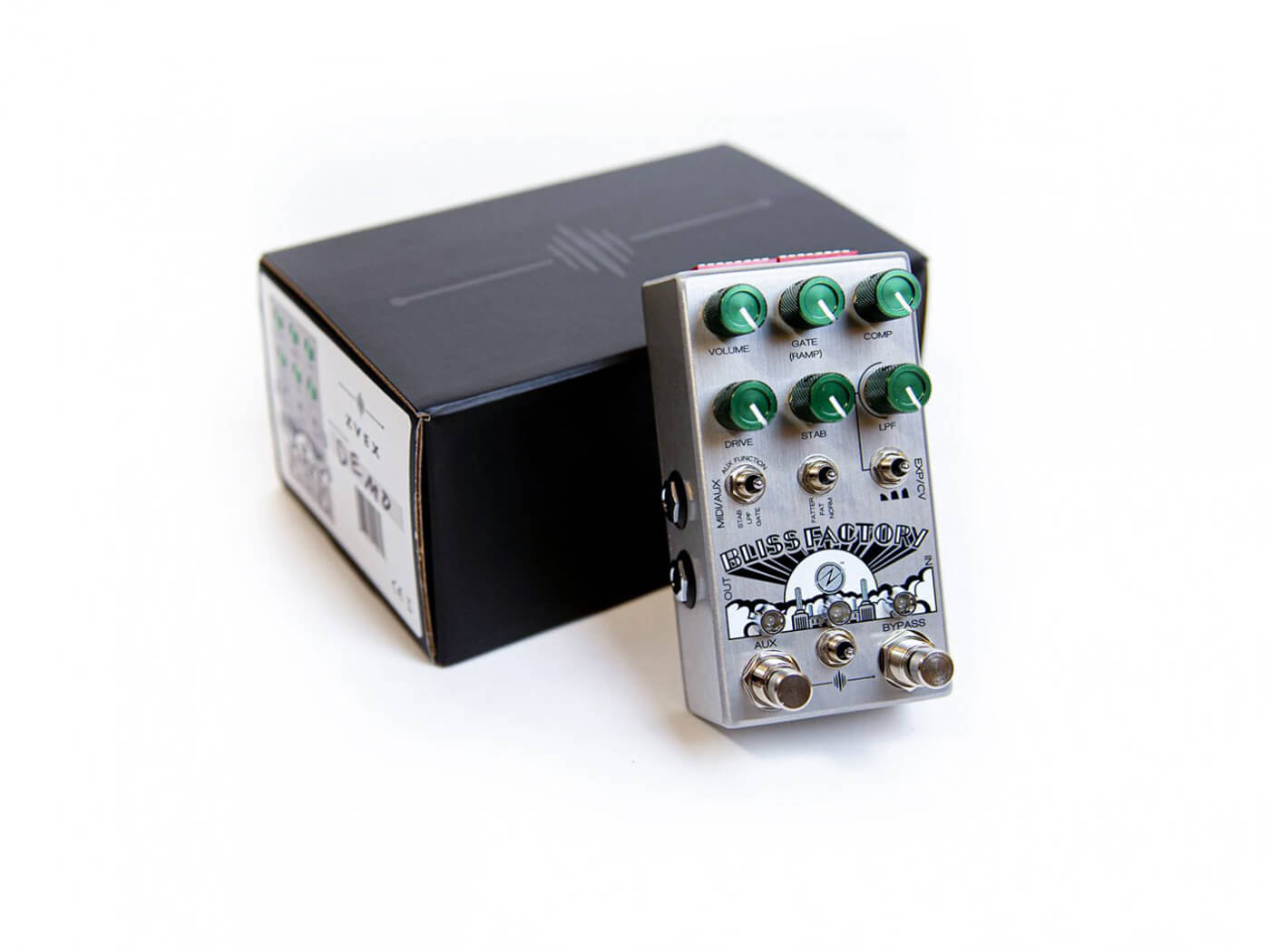 “It’s really hard to put 2020 into words. I think, in general, the pedal industry has been very strong, as so many people have been stuck at home and looking for creative outlets. When the pandemic hit, it initially seemed really dire, but we’ve experienced a lot of growth this year. We have also had to really focus on bringing more production in house, while also still staying on track with our planned 2020 releases. It’s been really challenging and rewarding. We’ve added a lot of people at Chase Bliss, but we’ve also had existing employees really step up, which has been so nice to watch.” 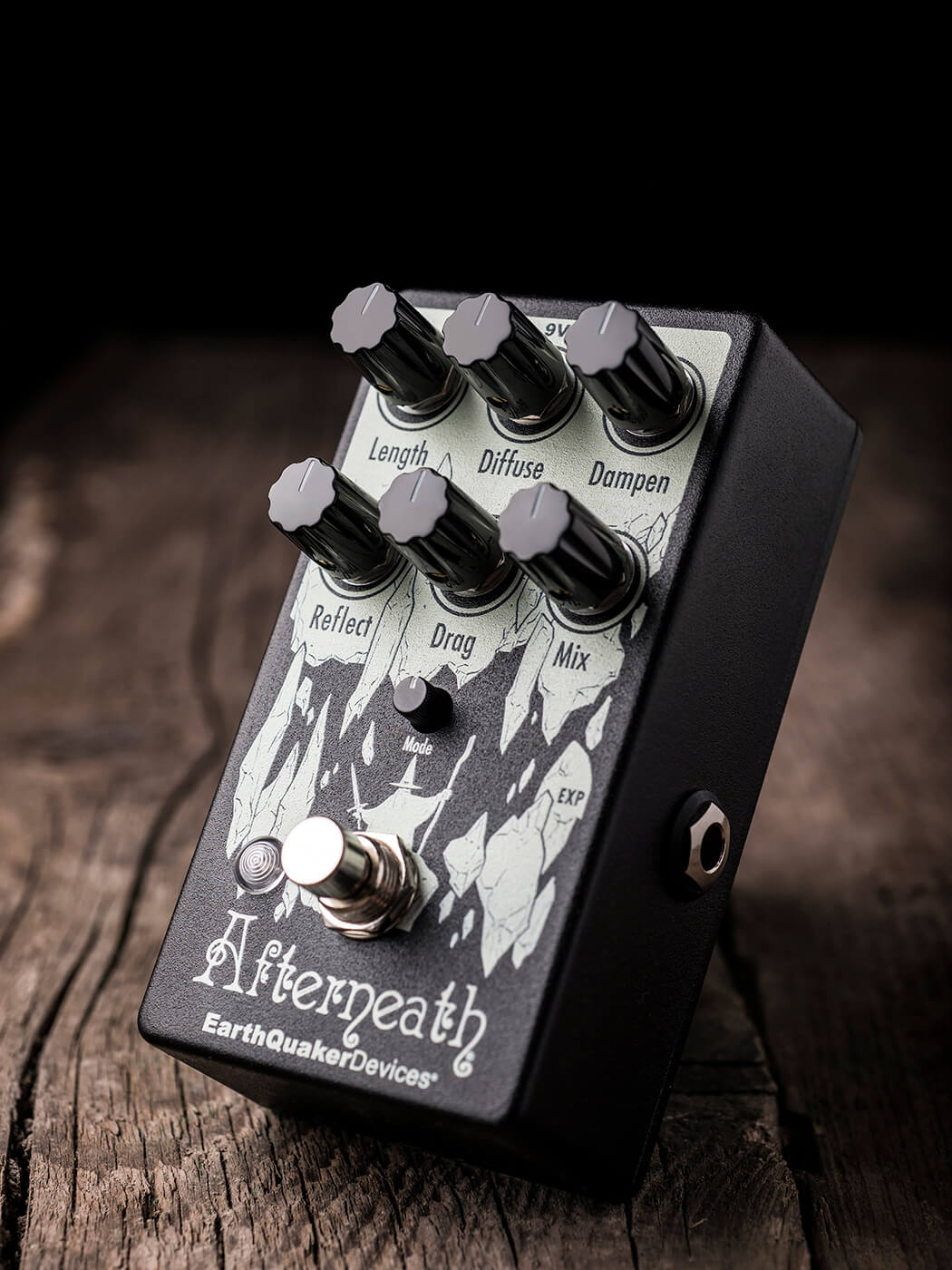 “EarthQuaker has had a great year despite everything going haywire. We released the updated Afterneath in April, in the middle of figuring out how to operate in a pandemic, and it’s been extremely successful. We released it as a Eurorack Module at the same time, which is a new market for us, and the response has been great. We also partnered with Death By Audio and Reverb to do a collaborative release for The Pedal Movie called Time Shadows. It was limited to 1,000 and it sold out in six hours, which is wild! DBA is my favourite pedal company, so it was amazing to get to work with them. The Plumes overdrive has continued to be a strong seller – we crossed 20,000 units this year, which is totally mind blowing!” 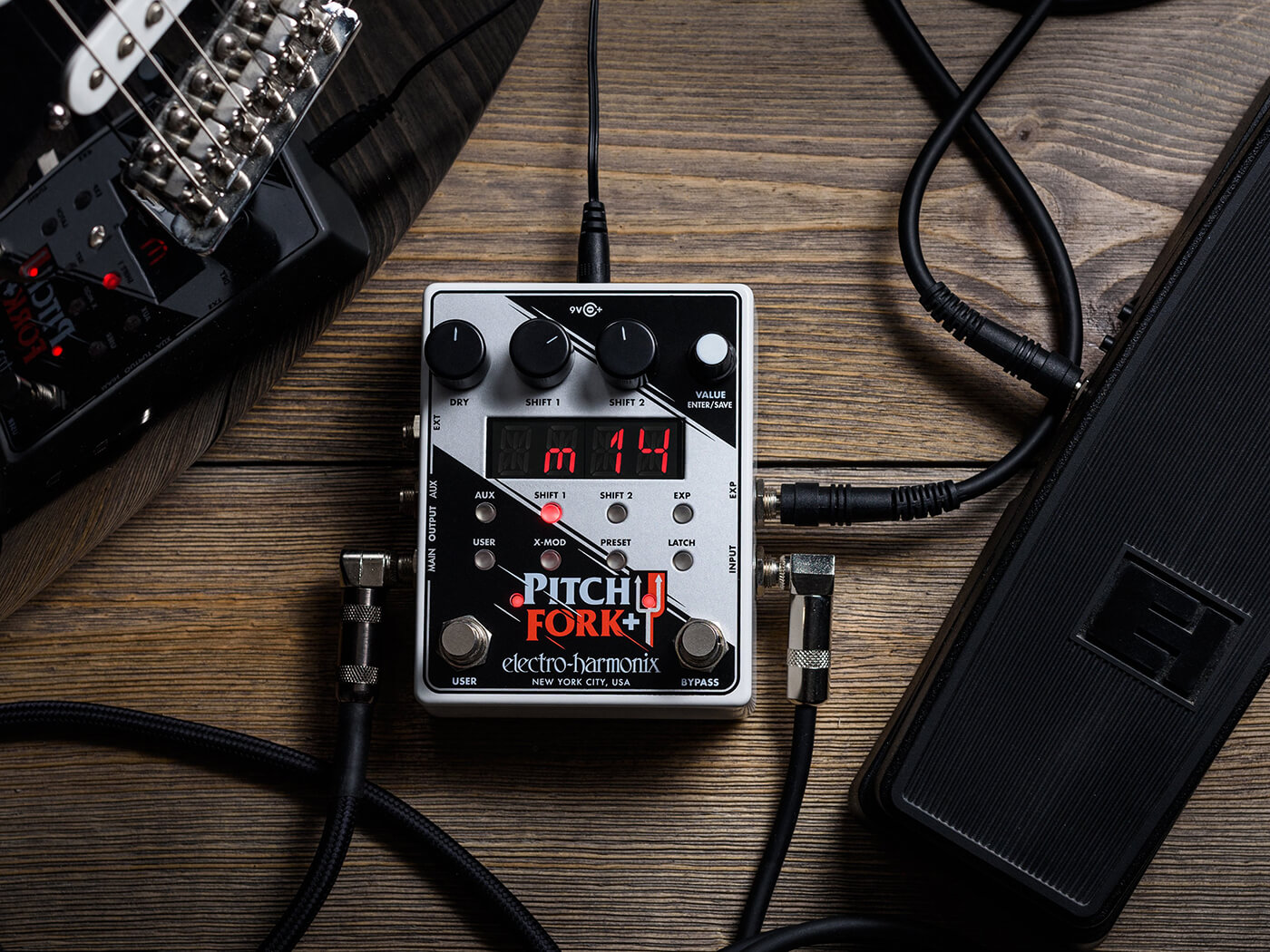 “Here in New York City, we were on lockdown from 28 March through 7 June. Despite all this, Electro-Harmonix has released seven new pedals in 2020, the most recent being our Nano Metal Muff. This is pedalboard-friendly version of our award-winning Metal Muff and is being received with great enthusiasm. We also released some of our most advanced effects to date including the Oceans 12 Dual Stereo Reverb, the 1440 Stereo Looper, the Pitch Fork+ and Eddy Vibrato & Chorus.” 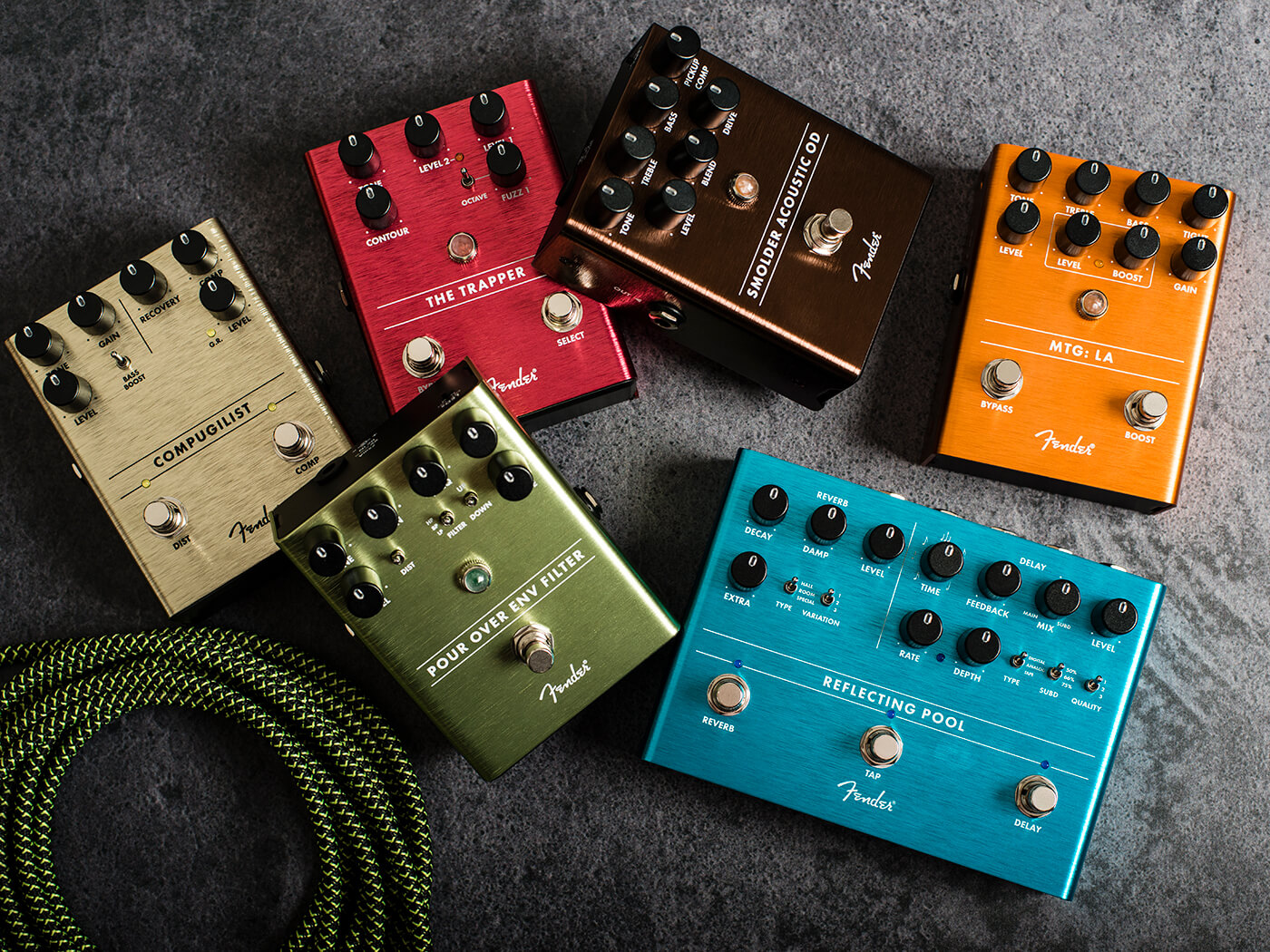 “The global trend of not only new players entering the market but specifically acoustic guitar sales have made the Smolder Acoustic Overdrive our single best-selling pedal of the year. We’ve seen an incredible response from customers on the initial introduction of the pedals category in 2018, particularly the Pugilist Distortion and Marine Layer Reverb. This year, we’ve also noticed a trend with players who are quarantining at home developing their own unique sound. That being said, we have seen interest in our more esoteric pedals, like The Pinwheel, increase as they are reaching players who are using this difficult time to discover new tones.” 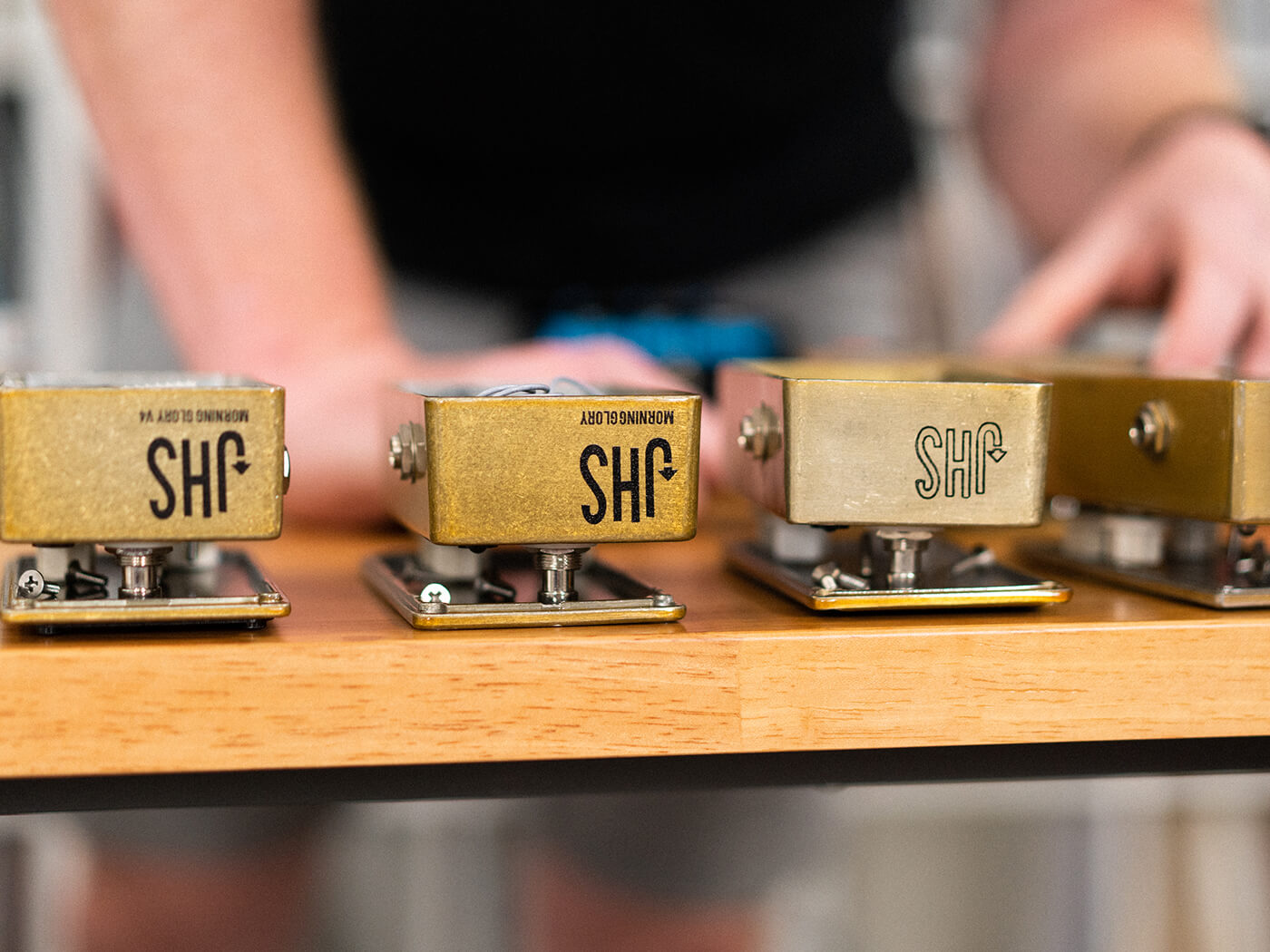 “2020 has surprisingly been our biggest year to date. In 2019, we worked hard on supply chain and our manufacturing process, we had no idea how that would play into staying in motion during and after the shutdown. We’ve released two series of pedals this year. First was the Legends Of Fuzz. This line is a throwback to my favourite hard to find and rare fuzz circuits. We dropped the first four in the spring shutdown and people really latched on to them, it was exciting. The second series is our $99 3 Series that came out in November. We have been blown away by the response! The JHS Show has continued and seems to be hitting the spot with people having more time to watch things.” 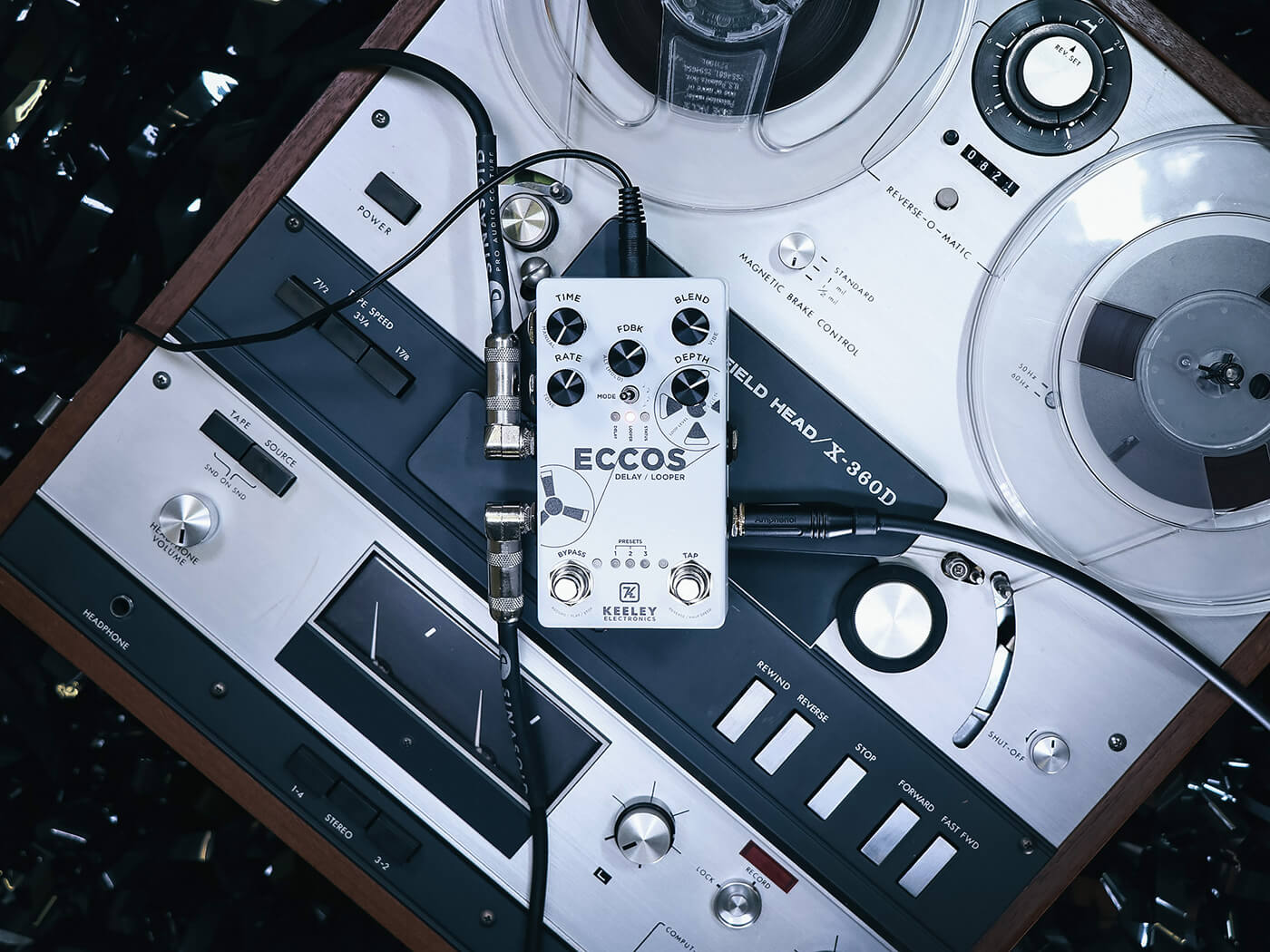 “2020 has definitely been a challenging year. We have been able to adapt and press forward due to one main reason, our ability to design and manufacture our pedals primarily in-house. From drilling and powdercoating cases, designing and manufacturing circuits, designing the look of the pedal, and of course building and testing, we are able to continue development and production of our products.” 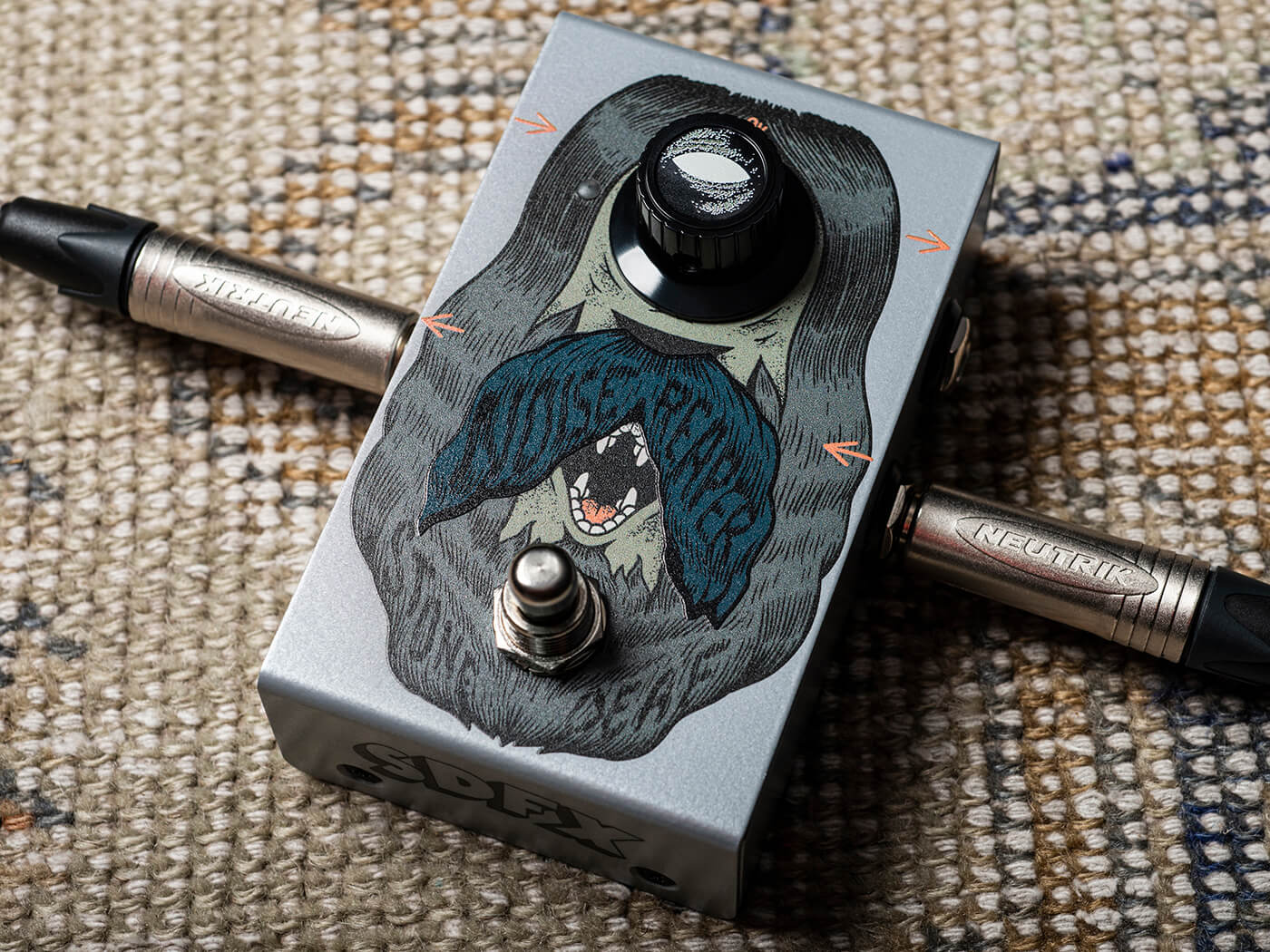 “2020 is a year most of us want to forget about, but it’s been a strange one for the pedal industry. Our biggest challenge was supply chain. Thankfully, our suppliers came through and we managed to get most products out without delay. Our biggest success was the Noise Reaper and PDF-1X Standard, with great reviews and decent sales since release. Our most striking success was customer loyalty and people buying direct to support the brand. We really couldn’t thank our global customers enough, and we saw this grow by up to 300 per cent. 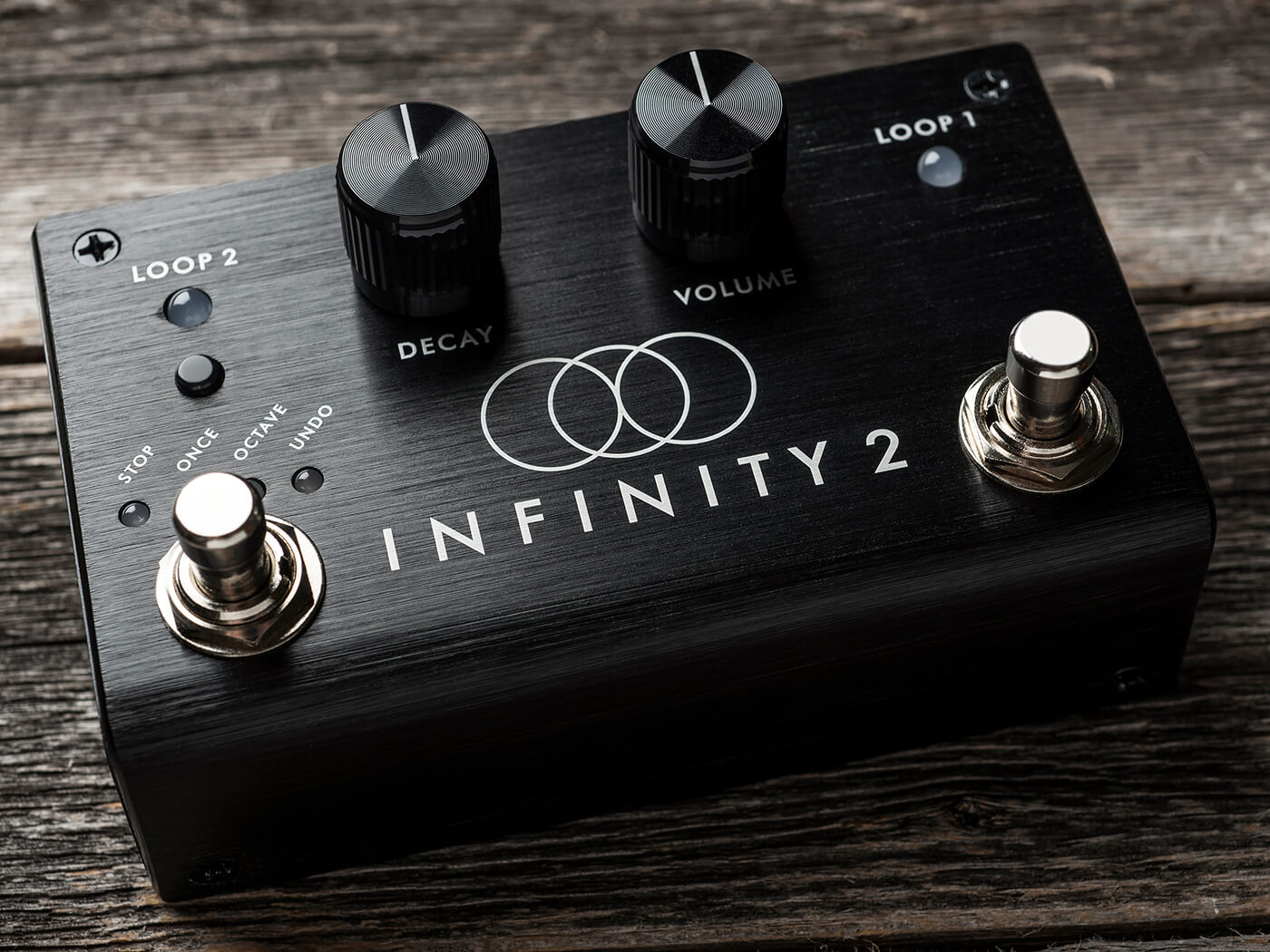 “This has been the strangest year of all time! However, a massive bright spot for us at Bond Audio was acquiring Supro and Pigtronix. Now, with D’Angelico, Supro and Pigtronix all one family, we feel like we’ve been able to manage the turbulence of this year and emerge from it significantly stronger. We’ve now got the support, talent and organisation to allow these brands to grow bigger and better than ever before. Product-wise, the Pigtronix Infinity 2 stereo looper has been remarkably successful.” 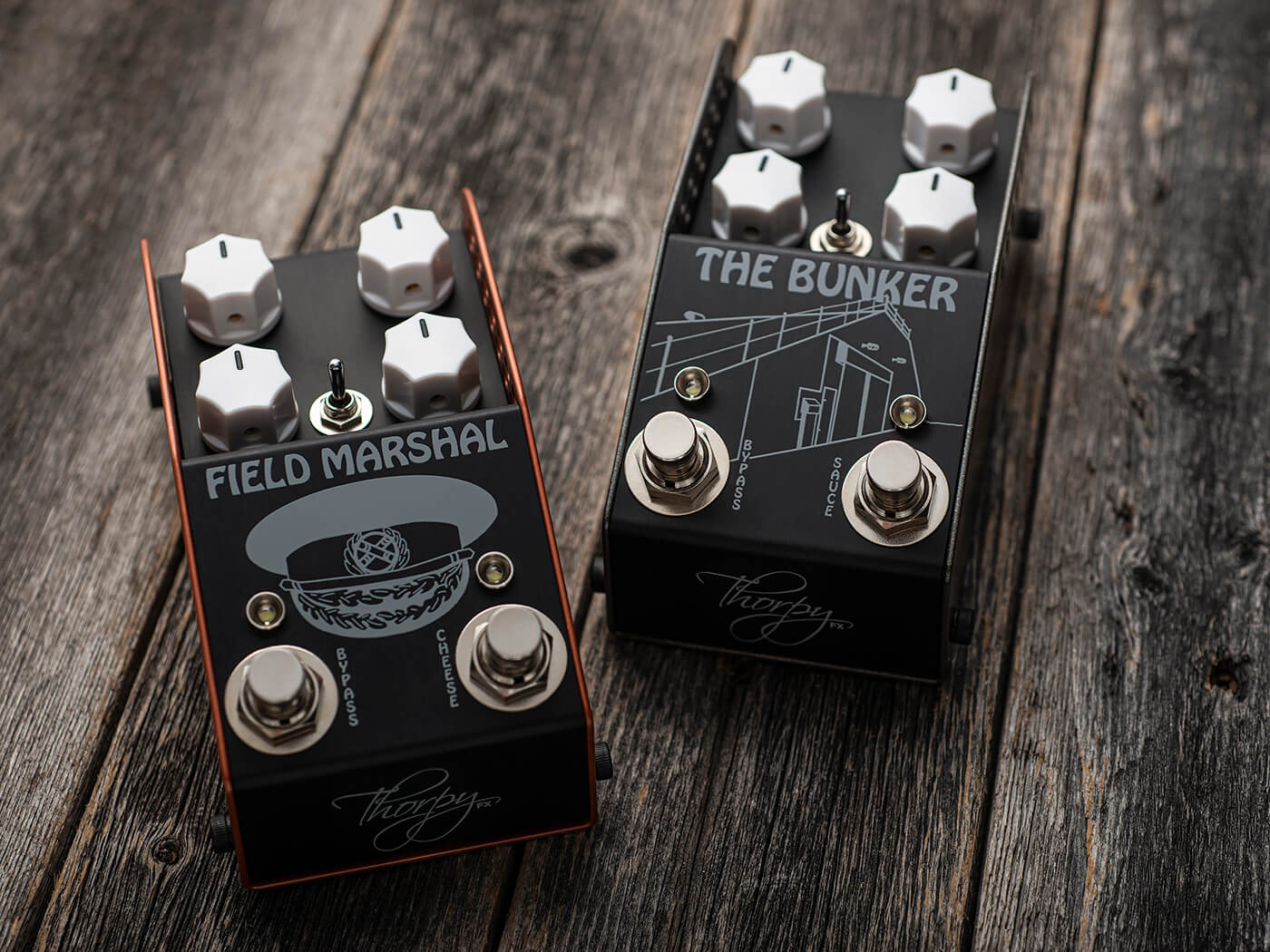 “We attended NAMM and launched MKII versions of the Lovetone Big Cheese and Brown Source under the ThorpyFX brand. The response has been fantastic, and we’ve received some incredible feedback from customers who used to own the older ones and have been blown away. When the pandemic hit, we decided to go against the grain and hire more staff, including Dan Coggins (of Lovetone pedals fame) to be our analogue design engineer. All these hirings were vital to allow the company to grow. It turned out to be an essential decision, because as the world went into lockdown, pedal sales increased, and we were able to ensure our dealers and customers could get ThorpyFX pedals as readily as we could make them.” 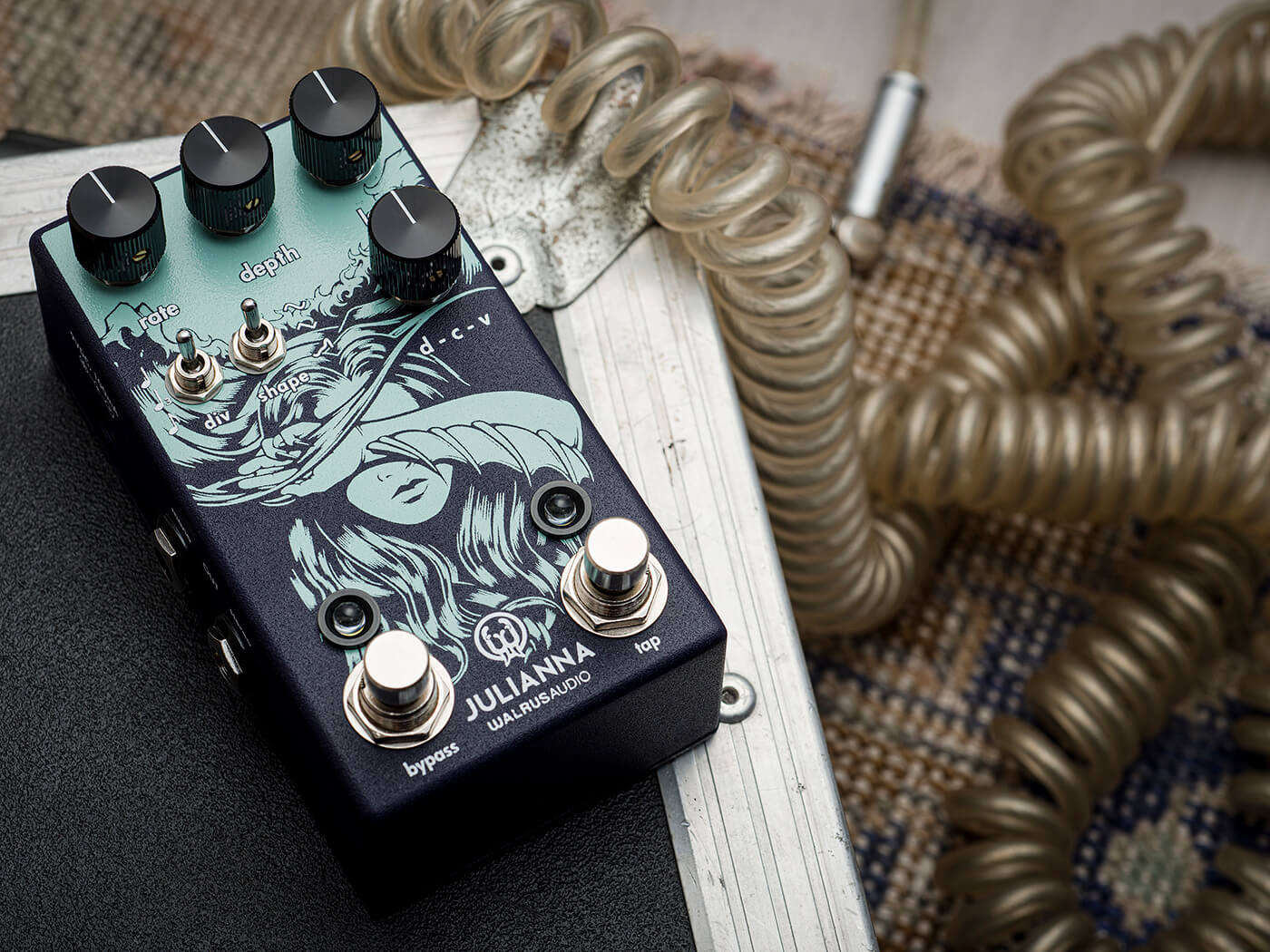 “What a wild year. We’ve seen lots of people channelling their stress and anxiety into making music, and in that trend, many in our tribe are opting to use the Slö Multi Texture Reverb, Monument Harmonic Tap Tremolo, Julia and Julianna chorus pedals, and the Mako D1 delay. Some folks like me just need to slam some chords into a huge amp, and those peeps are adding the Ages Five-State Overdrive to their chain.” 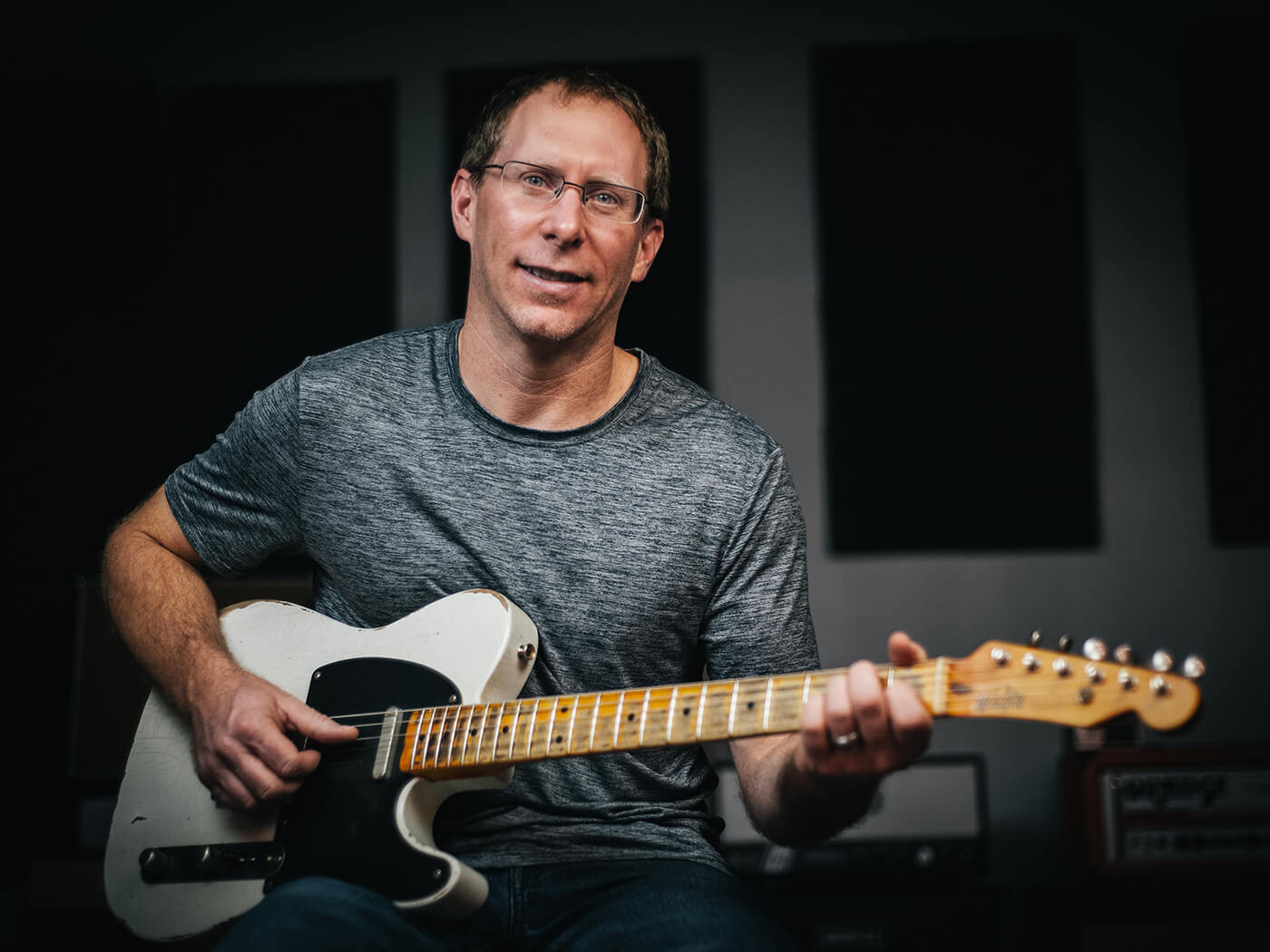 “While it has been an odd year, we have several pedals that are constantly in demand, and 2020 is no different in this case: both of our Ego Compressors (small and standard), both of our Tumnus pedals (standard and deluxe), and after several months of supply-chain issues related to COVID, the Belle Overdrive sold out nearly instantly!” 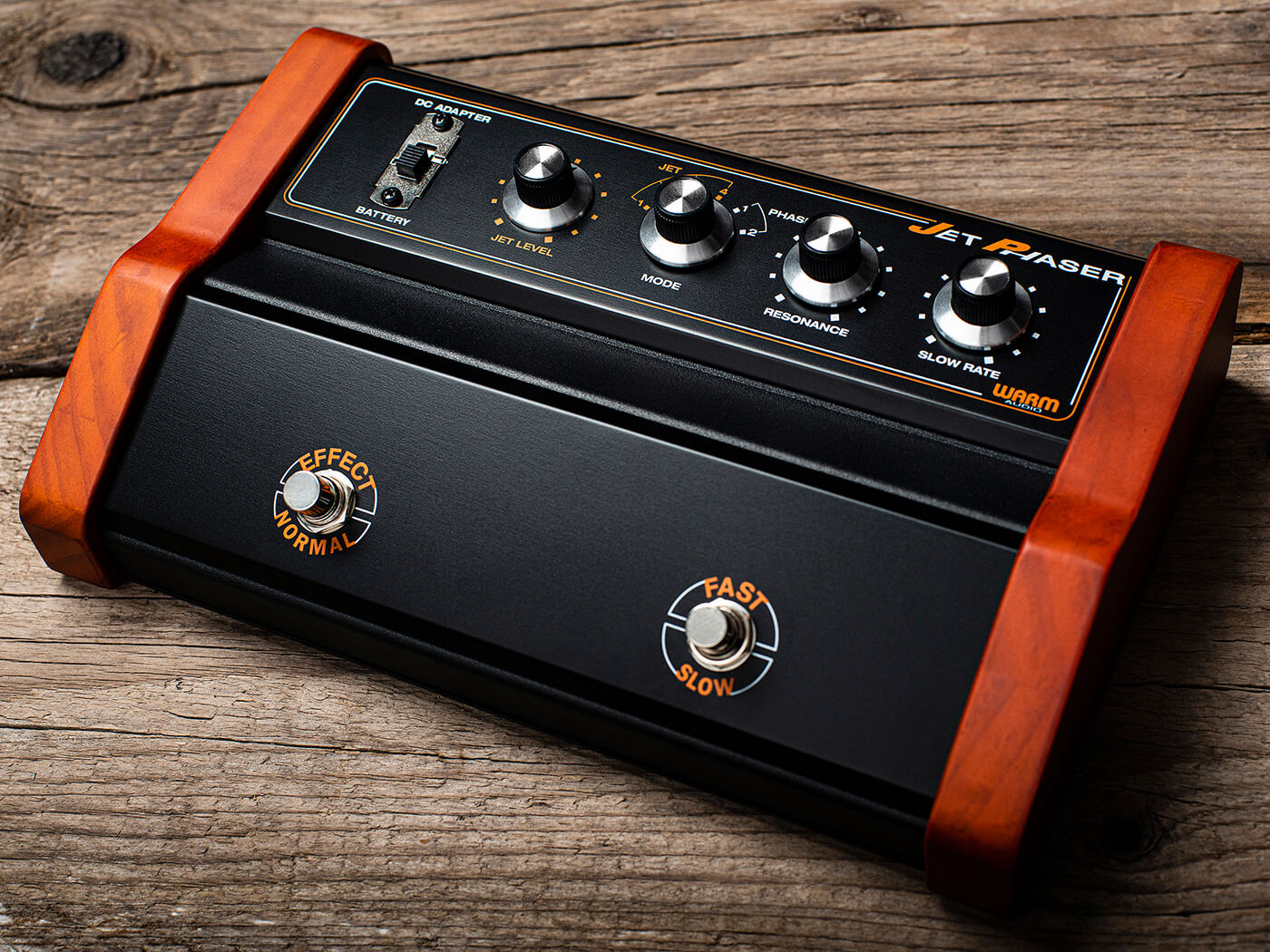 “Our hearts go out to all of the families affected by the pandemic – saying 2020 has been a rollercoaster is like saying you get wet standing on the shore in a tsunami. Even though 2020 has been seriously strange, we could not be happier with the response to our first offerings in the world of guitar pedals. We decided to start out with a pair of unique fuzzy devices, and it seems to have been the right idea – the Foxy Tone Box and Jet Phaser are getting rave reviews, sales have been strong, and our name has become far more visible in a very short time. We feel very fortunate, as there are a TON of cool pedals on the market these days!”