The UK-based builder talks quitting their day-job and collaborating with a host of other indie builders.

What drew you to start tinkering and building effects pedals?

“I started building pedals during the summer break following my first year of university when a friend asked if I could put together a kit for an overdrive pedal due to my limited experience replacing jack sockets on guitars and after looking into it I realised I could build a bunch of rare and/or expensive fuzzes to try out so I was hooked! I then went on to do my final uni project on modified fuzz boxes and started LIFE IS UNFAIR Audio Devices after playing around with some circuit ideas, and working soul destroying jobs for a few years.”

Your pedals are inspired by modular synths and vintage fuzzes. Where do you draw those influences from and how do they inspire your builds? 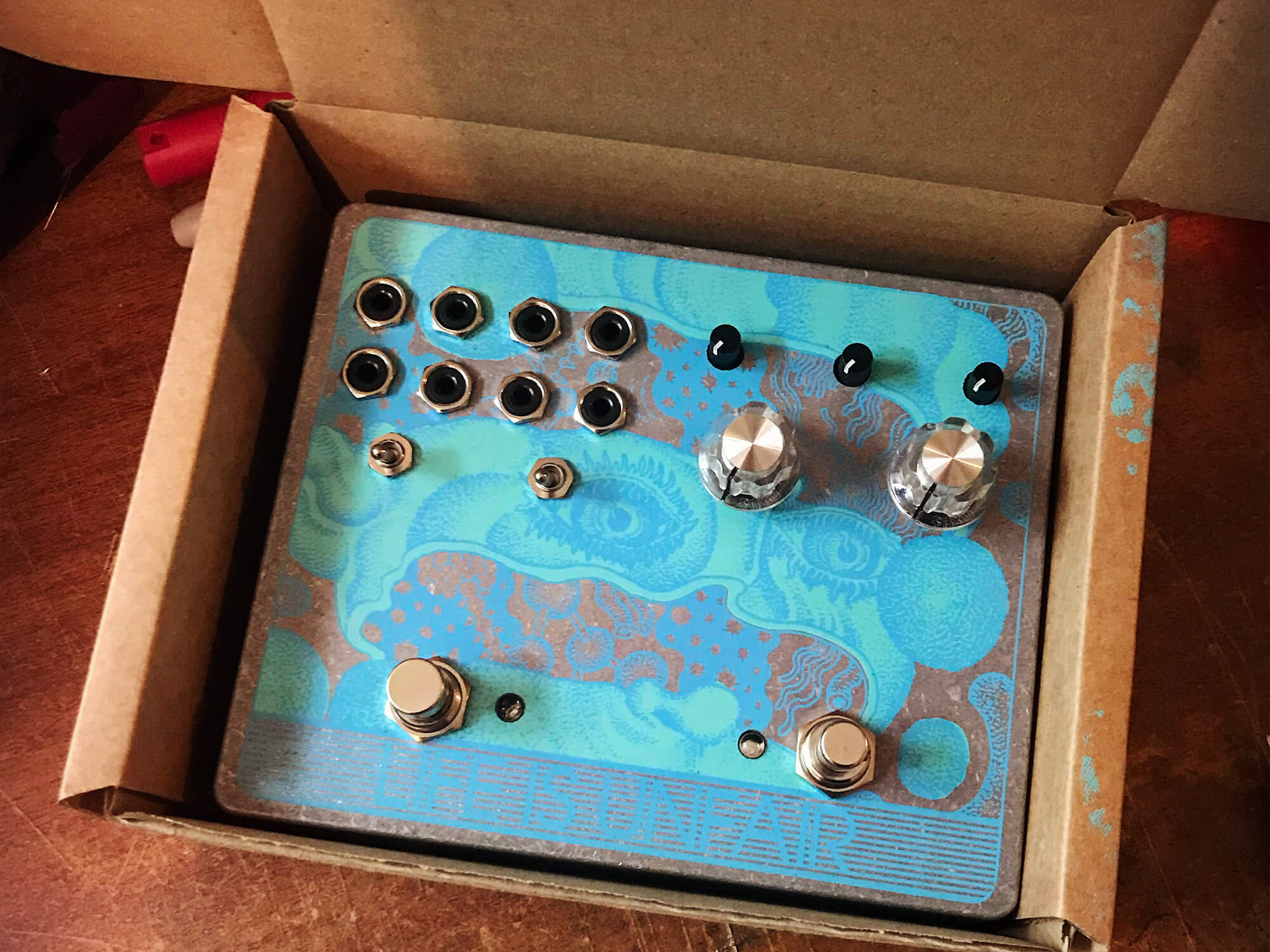 “I wanted to get my hands on a Big Muff after hearing Jawbreaker’s 24 Hour Revenge Therapy and learning that’s what was being used on the guitars and modular stuff I got into years after getting transfixed by Suzanne Ciani’s Buchla Concerts. In terms of designing things, it’s usually just a case of building something I’d like to use myself, like The Dream Left Behind I designed because I wanted a Big Muff style circuit that would react to adjusting the volume control in a similar way to a Fuzz Face circuit.”

You’ve also collaborated with other stellar manufacturers like Triungulo Lab and created limited runs for zines like Ladyfuzz. How does that community impact the brand? 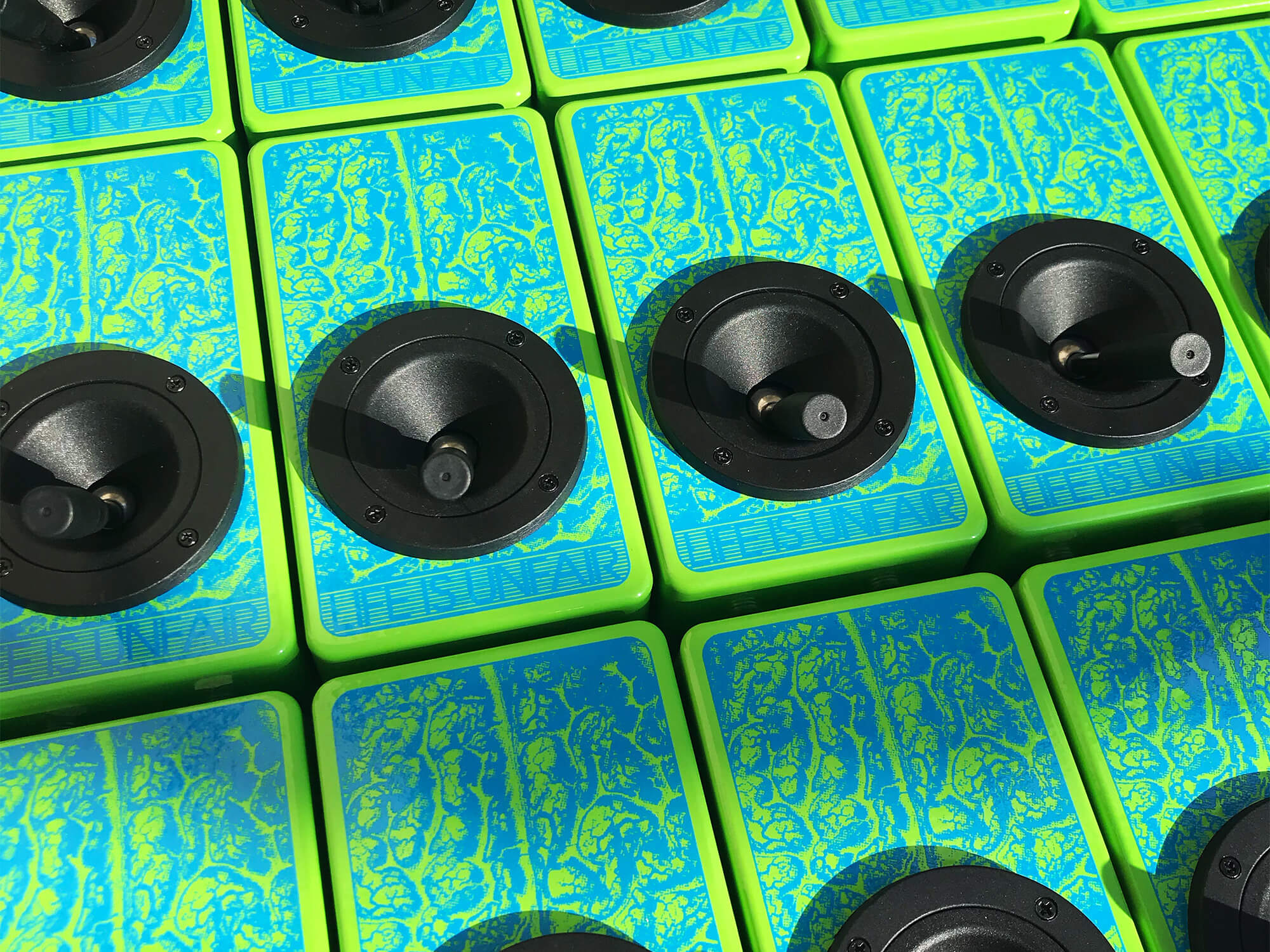 “I love working with other people as it means I get to work on a bunch of stuff that I wouldn’t get a chance to on my own and I get to learn from other really talented artists & designers. Of course the cross-pollination of our audiences is great too, as it shares all of our work to a broader range of people!”

What other collaborations do you have on the horizon? 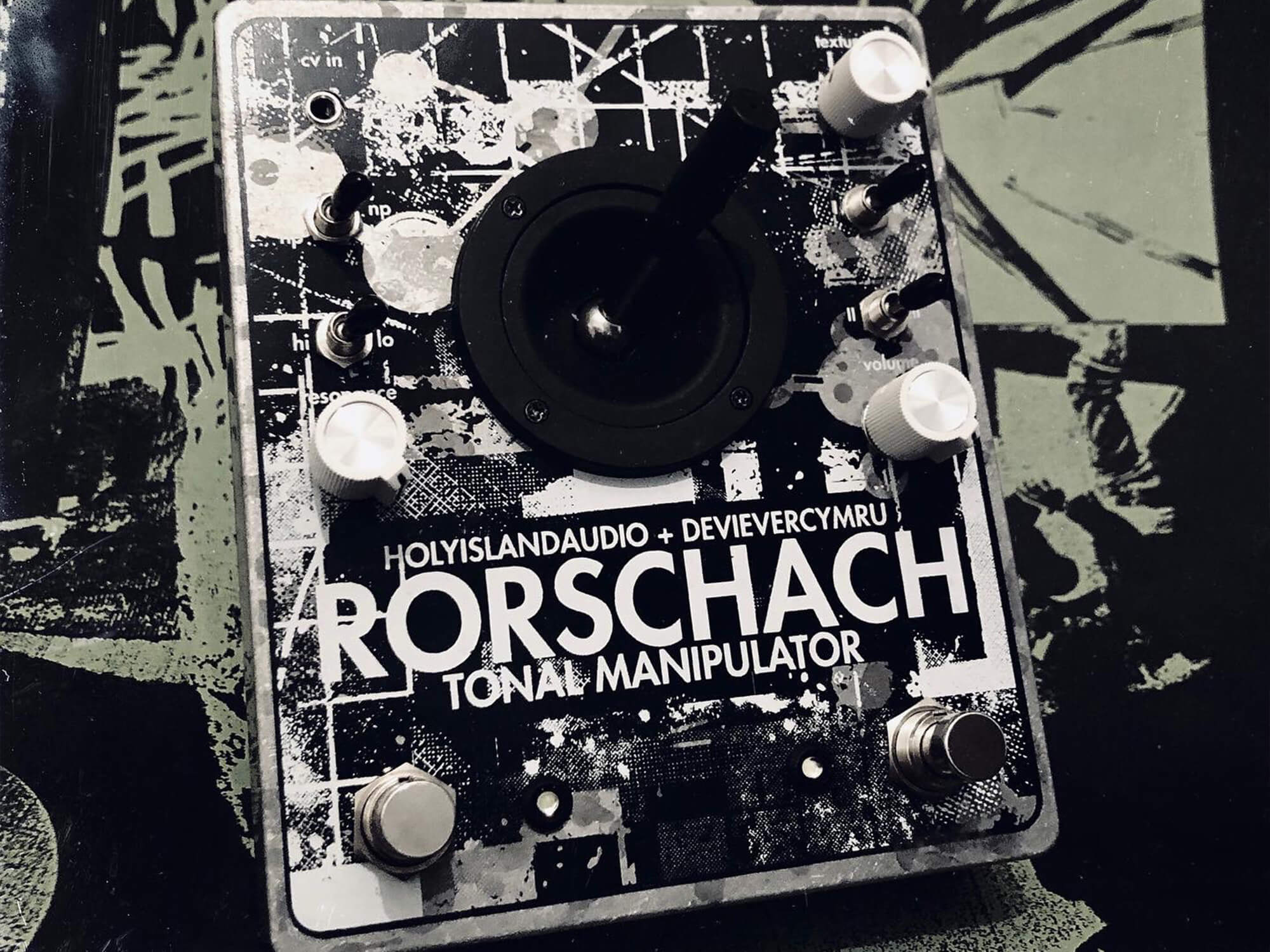 “I’ve got a few projects in the works but nothing I can talk about in depth at the moment, unfortunately. We should be announcing the first collaborative effort between myself and the YouTube channel Pedal Partners soon, though!”

“As well as that I’ve also been working as part of a team designing for a really fun new instrument for Dubreq after doing the PCB for the recent re-analogisation of their Stylophone S-1 synth. In the future there’ll undoubtably be more joint efforts with Holy Island Audio, who worked with me on the Rorschach dual filter/fuzz and also screen-prints all my enclosures, as well as relatively new Cardiff outfit Teaching Machines, whose first offering the Wellspring stereo reverb/delay/filter unit I designed the circuit board for.”

You recently rebranded the Devi Ever : Cymru, which also had a cult following. Why did you choose to update the profile of the company? 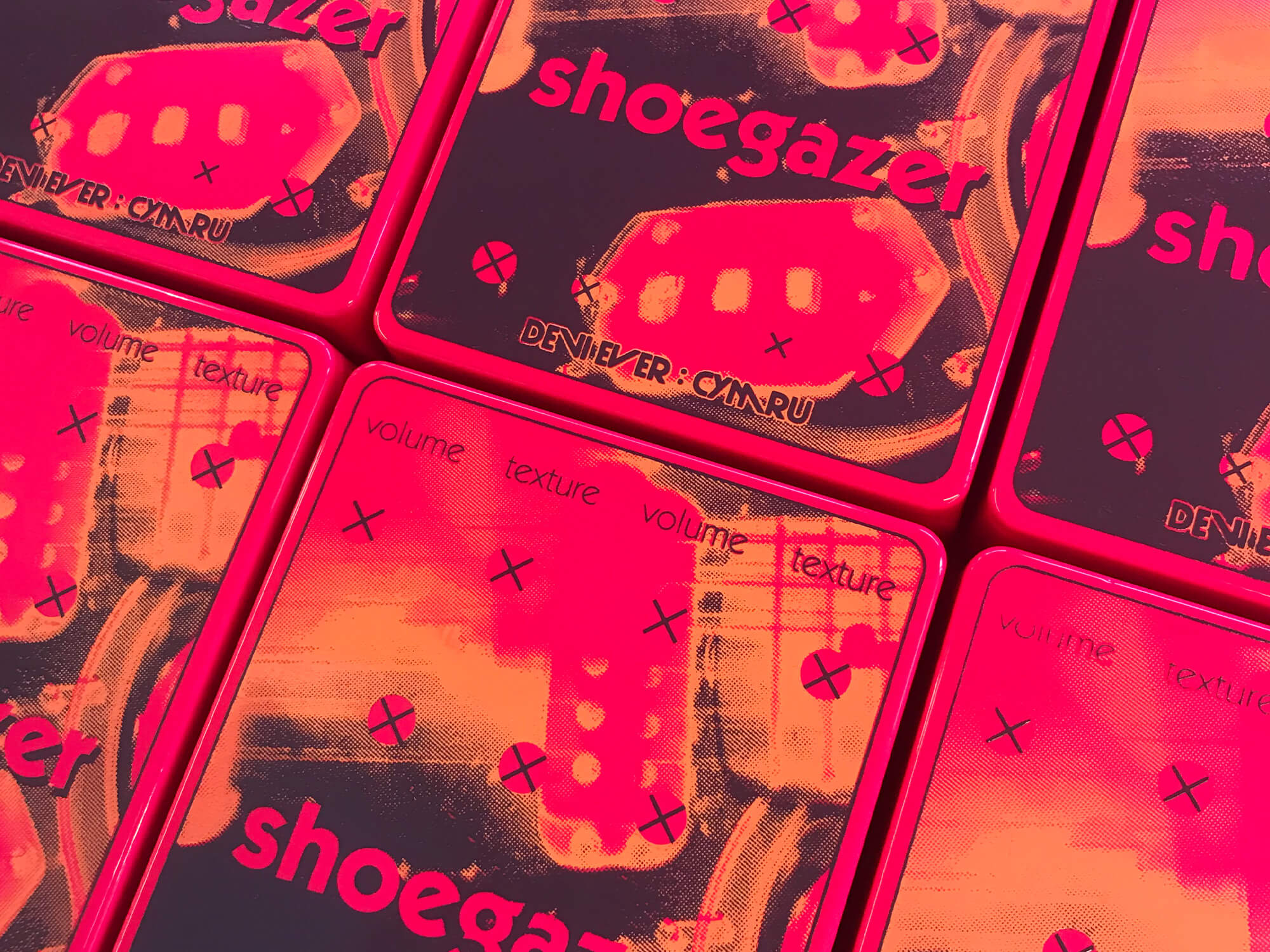 “The Devi Ever : Cymru project I started alongside LIFE IS UNFAIR when Izzi, who started Devi Ever : FX, offered the opportunity to licence their circuits and artwork in early 2019. As a huge fan of the original Devi Ever units I jumped at the chance and feel super grateful that I got the chance to build my take on classics like the Shoegazer. Although I’m no longer working on Devi Ever : Cymru full time, there may possibly be some limited runs down the line. And if there are any DIYers looking to build up some of the circuits themselves there’s official boards available from the Devi Ever : FX store on Reverb.com.”

“I borrowed a small amount of cash from my grandfather to cover my rent for three months while I quit my day job to work on LIFE IS UNFAIR to see if it was viable but aside from that it’s just been a case of spending any profit on developing new things.”

“I don’t tend to think of stuff in terms of branding – I just try to build useful tools for people to make music, with artwork I think looks cool!” 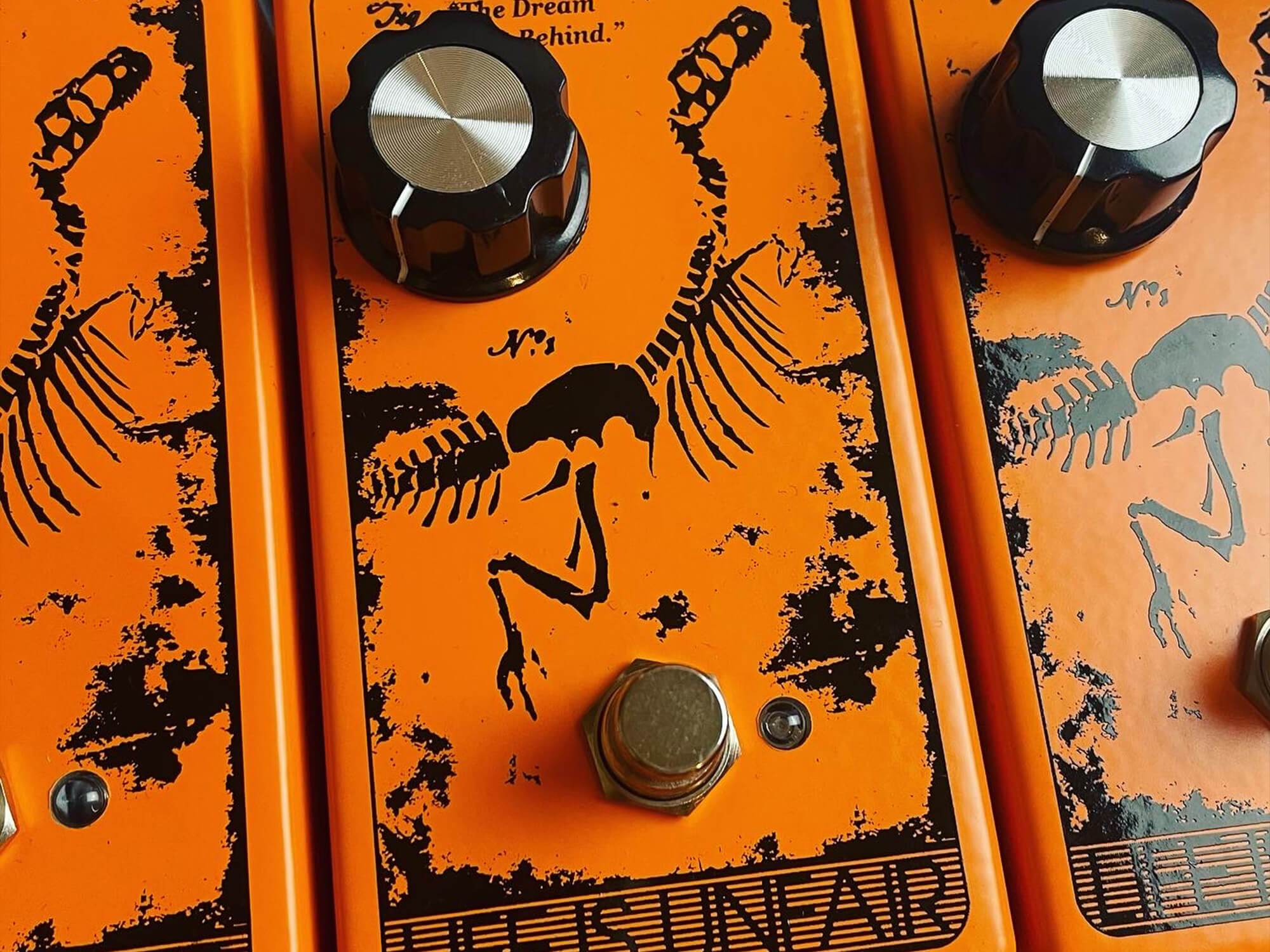 With upcoming new products and a recently relaunched brand, what’s next for Life Is Unfair Audio?

“The next couple of months are going to be quite hectic as my band Live, Do Nothing are in the process of booking gigs to showcase our new record Hiraeth & Loathing that’s being released by the lovely people at Specialist Subject Records on 23 September so it’s hard to say exactly when the next LIFE IS UNFAIR product will be. I have been chipping away at a few non-effects designs though, the first of which to be released will be a new dual CV and expression controller which I’m super excited to show the world as I think it’ll open up some fun new options for controlling effects and synths.”