Meet Ian Noe, one of Americana’s most compelling new voices

His debut album was produced by Dave Cobb and he counts Aquaman and Game Of Thrones star Jason Momoa among his rapidly expanding fanbase.

You can hear a pin drop. 4,000 miles from his native Kentucky, Ian Noe’s intimate acoustic performance under red neon and fairy lights holds the audience spellbound – until, that is, the closing bars of each song are met with unusually raucous applause at London music venue The Slaughtered Lamb.

The 29-year-old singer-songwriter isn’t one to waste words. But what he does say during the gaps between his songs reveals a sense of humour as dry as the Dust Bowl sonics of the Dave Cobb-produced debut album he released earlier this year. Over the course of 37 minutes, Between The Country sees Noe populate a small-town landscape with an ill-starred cast of characters vivid enough for the listener to reach through the speakers and touch. If there’s been a better Americana record released in 2019, we haven’t heard it.

Rewind the tape to late July and we’re in East Nashville. The sun is low in the sky, but the air is still heavy as we sit down with Noe in the garden of The Bomb Shelter recording studio. The bijou facility is a treasure trove of analogue gear and has previously hosted the likes of Alabama Shakes and Phosphorescent. Although Between The Country came out less than two months ago, Ian is demoing new material already. But in the beginning, there was Chuck.

“Chuck Berry was the first person I was ever obsessed with and wanted to be like,” Noe reveals. “That went on for years, from the age of five or six to… well, still. My grandfather played that music a lot. All the time, along with Buddy Holly. I’m a big Buddy Holly fan. It was those two, mainly.”

Despite the influence of rock ’n’ roll trailblazers, it was through acoustic-driven music that Noe found his voice. “It didn’t take me too long to figure out that I wasn’t Chuck Berry! But I listened to Neil Young, Bob Dylan and all that stuff. I didn’t get heavy into that stuff until I was maybe 12, or something. But I dove into all that stuff and fell in love with it. 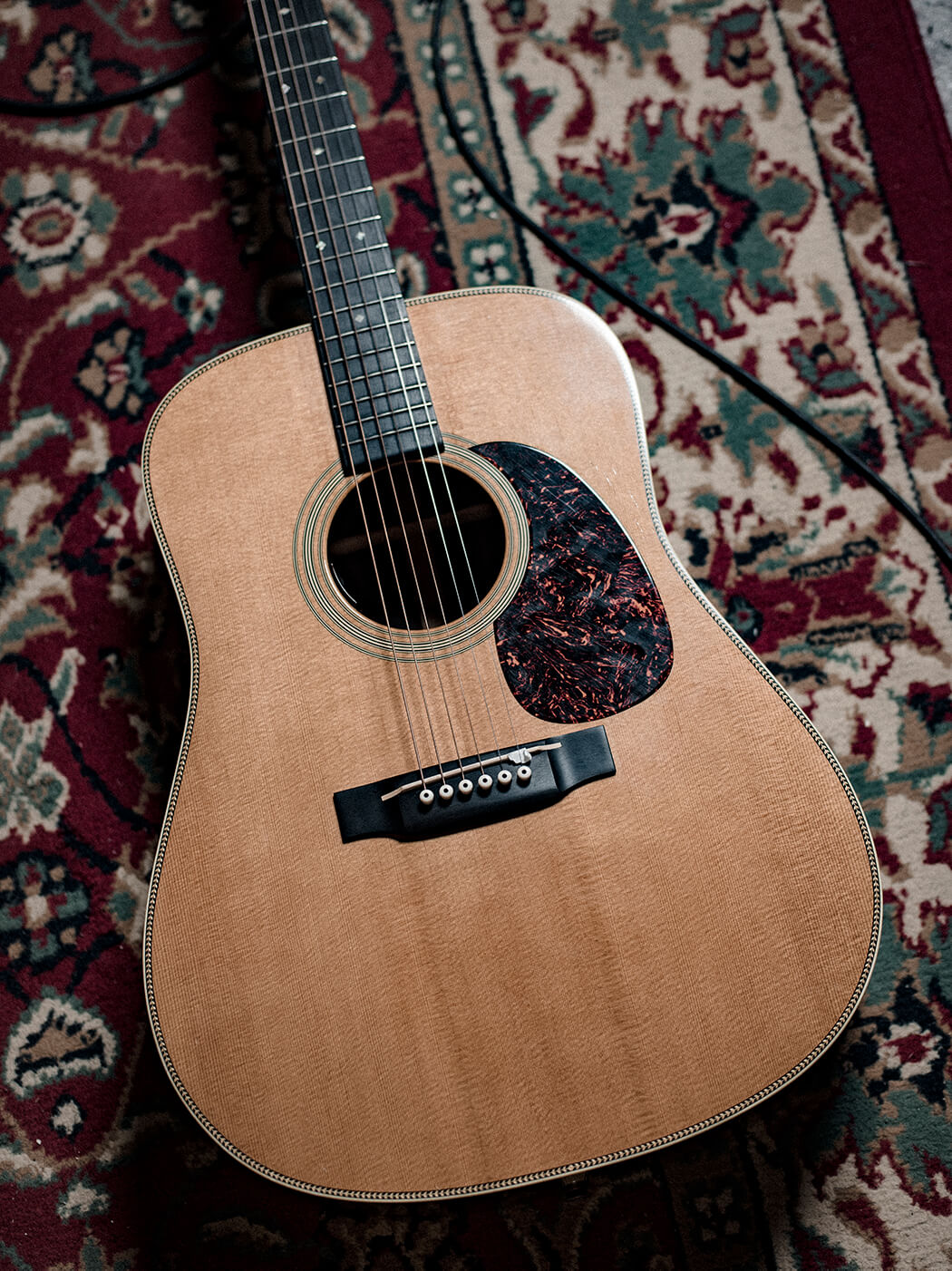 “The first song I ever learned was Wildwood Flower. I played that song over and over again. But it wasn’t until I heard John Prine’s Hello In There that the fingerpicking came into play. I listened to him – he has so many great songs with fingerpicking – and that’s where the obsession came from. Strumming kind of suffered a little bit!”

John Prine is an artist with whom Noe draws frequent parallels and Noe is set to support Prine – his biggest musical influence – on tour in the coming months. Like the legendary country folk singer, when it comes to acoustic guitars, Noe finds that all roads lead to Nazareth.

“I started out on a Sigma,” he recalls, “but I dropped it and broke one of the keys and my dad ended up giving it away to a friend of his. His son was going to try to learn to play it and I think it’s still sitting in his basement to this day! But I ended up getting a Martin after that, just a Martin DM, that I still have. I still play it, but it’s not the main one now; that’s an HD-28.”

In a town in which you can flick a flatpick and hit five guitarists – and even your Uber driver has probably won a couple of Grammys – it can be hard to stand out. But a performance at Nashville’s Mercy Lounge proved to be a pivotal moment in Ian Noe’s career.

Dave Cobb – a six-time Grammy winner who has produced stellar albums for the likes of Sturgill Simpson, Jason Isbell, Brandi Carlile and Rival Sons, among many others – saw Noe open for Canadian singer Colter Wall and immediately wanted to work with him. 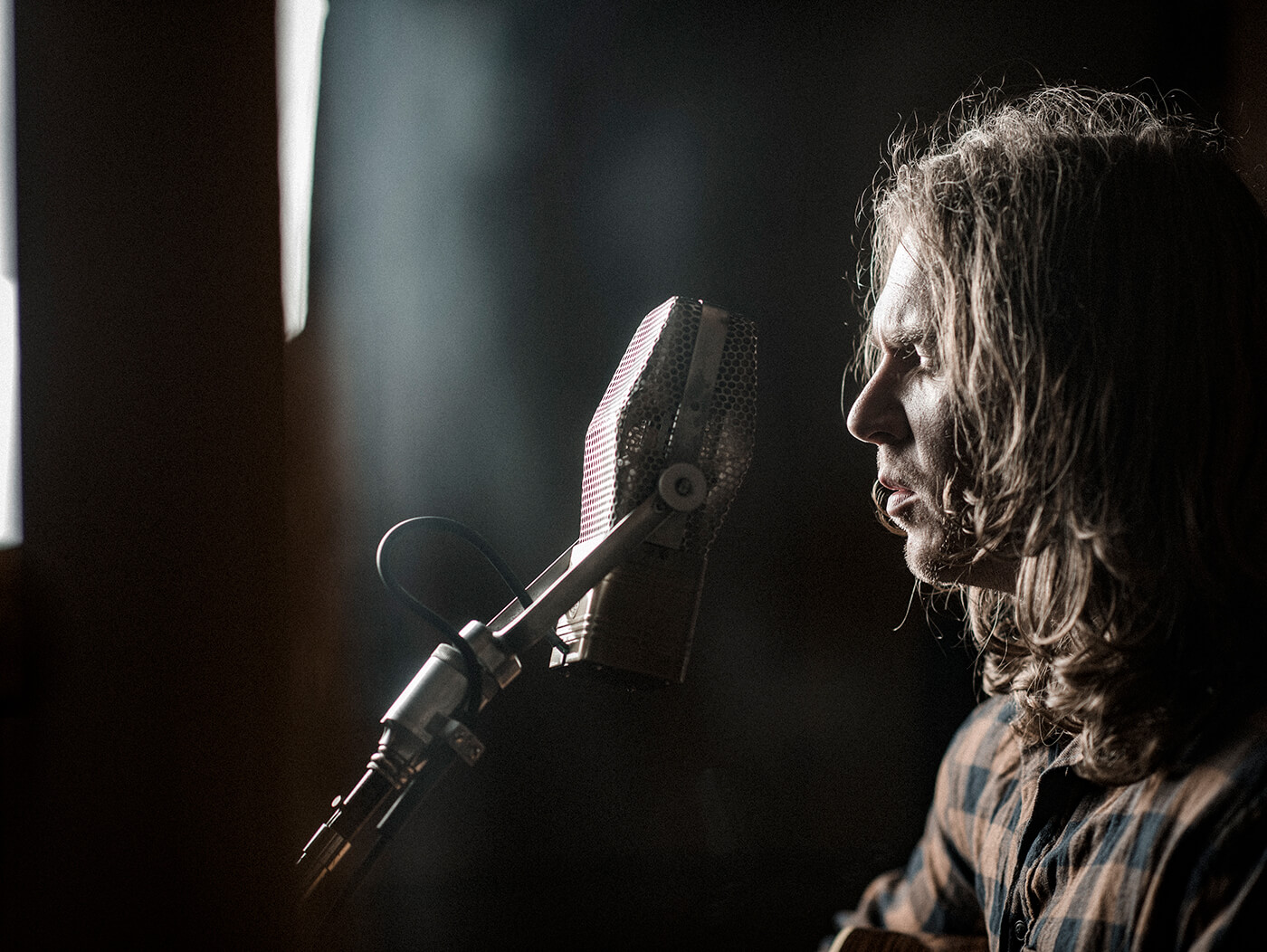 We wonder how it felt to hear material he’d written as stark solo acoustic compositions take on a new identity, but Noe says he always imagined these songs with additional instrumentation and he enjoyed recording them with the band. “It was exciting, so it felt good right away,” he says. “It wasn’t nerve-wracking or anything like that; they are great players, so it was really easy.

“Dave didn’t fool around much with the main structure of the songs. He made it really, really comfortable. It was a very comfortable environment. Like any producer he has opinions and we’d try this and that, but all in all, it was a comfortable experience.”

As you might imagine, Cobb’s hand-picked hired guns didn’t require much direction. “It was pretty natural, they kind of just fell right into it. There wasn’t a lot of ‘you do this’ and ‘you do that’. We just sat around in a circle and I would play one of my songs and we would just knock it out. I don’t think we did more than four takes on any one song. Guys like that can hear a song and know what to put in and take away.”

Although evocative storytelling is central to Ian Noe’s writing, like many songwriters, the melody usually comes first. “I’m a melody person, singing whatever comes to mind,” he admits. “And you can listen back and it’ll be nonsense that you were singing, but you might hear something in it that reminds you of something. I like to get a good solid melody and start from there, and see how that melody feels. 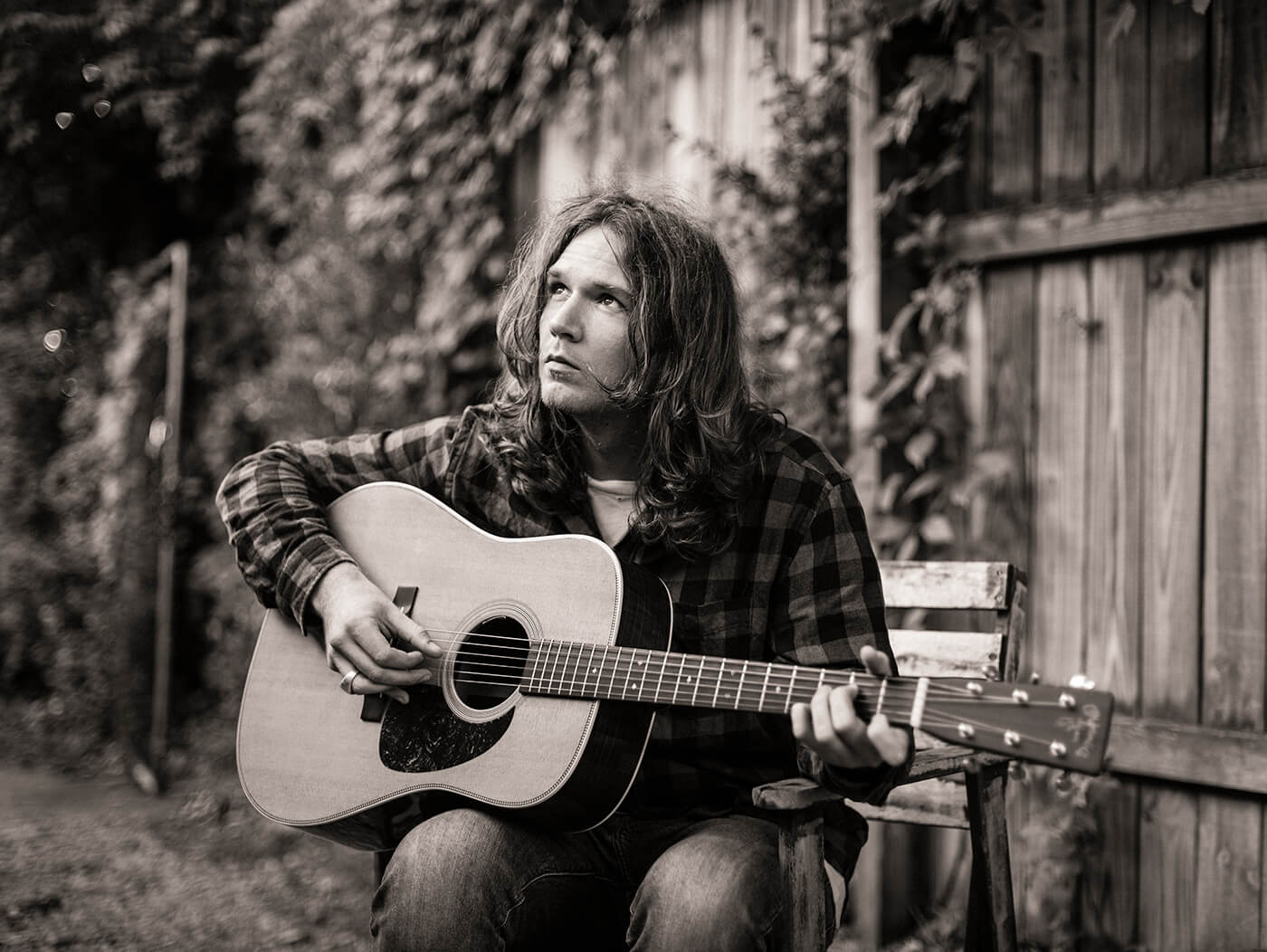 “Getting an idea is the best part. Once you get the idea of whatever song you’re working on, then you can see it. You can see who you are writing about or what you are writing about. What time of day it is, what it looks like. Then you work on it for a little while and set it down, listen to it the next day and see if you feel the same way about it. The storytelling part is what I enjoy the most – you just have to make the words as solid as you can make ’em, ‘cause once it’s out there, it’s out there.”

With three years of working long shifts in the oilfields of East Kentucky on his résumé, you might expect Ian to view his new career in music as an escape route, but he seems to have a genuine fondness for his time in heavy industry. “Aside from what I’m doing now, that was the best job I ever had,” he smiles. “It was great, I stayed in good shape, ran a lot of different equipment and that type of stuff. It was good.”

Perhaps the old adage is true – you can take the boy out of the small town, but you can’t take the small town out of the boy. Noe says he doesn’t think making records in Nashville and touring the world will impact the visceral subject matter of his songs too much. “The stuff that I like to write about – growing up in Eastern Kentucky all my life – the well is pretty deep as far as inspiration goes.”

If Between The Country is anything to go by, it won’t run dry any time soon.

Between The Country by Ian Noe is out now on National Treasury Recordings.