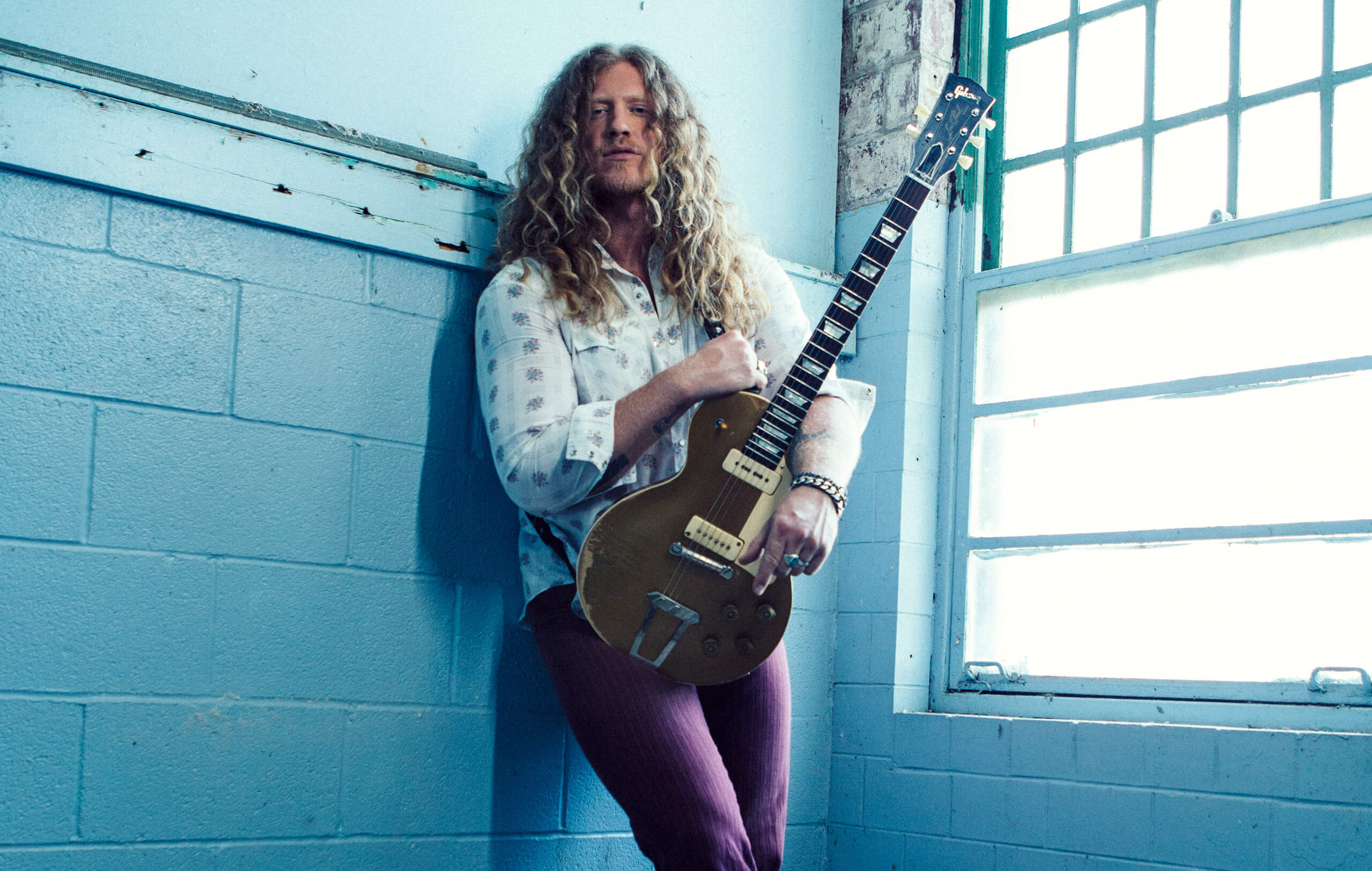 “I’m pulling these bitches right off the assembly line and I’m touring with it!” Jared James Nichols on why he’s proud to use affordable gear every night

The blues-rock phenom might have an enviable stock of vintage Les Pauls in his locker, but as he prepares to drop his third album, he makes an impassioned case for pros using affordable guitars, details how he brought a tornado-destroyed Goldtop back from the dead, and the one major guitar brand he’s never even tried.

By now you probably know that Jared James Nichols is one of the hottest guitar players around, and if not his new self-titled record – arriving next month – should set you to rights. Those unaware of Nichols’ qualities grow smaller by the month, and his status as one of the rising stars of the scene was confirmed in 2021 when he was made being one of only four global brand ambassadors for Gibson, joining the esteemed company of Lzzy Hale, Dave Mustaine and Mr Gibson himself, Slash.

It’s an impressive accolade but also a fitting one – Nichols has stayed loyal to his stable of vintage Gibsons [and new Epiphones] for many years, and they were all that he needed when recording his new LP: just his third full-length album since he first burst onto the scene almost a decade ago.

“On this record there were no other records other than Gold Glory, Old Red, and Dorothy,” he says of his three go-to P-90-loaded Les Pauls that have been his mainstays over the last few years. “I think that last time I played a Strat or a Tele… shit dude, I bet it was at least three years ago. You know what’s weird, I’ve never played a PRS. When I found a Les Paul with P-90s that’s just what I like and that’s what I’ve played ever since.”

Gold Glory is of course Jared’s signature Epiphone Goldtop with a single P-90 in the bridge, but the other two guitars he mentions have stories all of their own. Old Red is the most familiar – 1953 Les Paul Goldtop that had been refinished red and has been a staple of Jared’s rig for a while now. Dorothy, however, came to Jared in 2021 when it was gifted to him by a fan, but the 1952 Goldtop has a remarkable tale to tell. When he received it, Dorothy had been through it – heavily beaten up and with a broken neck courtesy of a tornado that ripped through Washington, Illinois in 2013. The guitar was found under rubble in the aftermath of the storm, and left untouched – right down to the mud – until Jared took ownership.

The first step in bringing this guitar back to life was to give it a brand-new neck mad of period-correct mahogany and Brazilian rosewood, created by renowned guitar restorer Joel Wilkins. The next step was to fix it up with some period-correct 1952 parts courtesy of Joe Bonamassa and noted vintage collector Kris Blakely (aka Fried Okra). The name of course, came naturally – after all what else do you call a guitar that takes a ride in a tornado? But even Jared has been surprised at how quickly this guitar has become much more than a ripping yarn and established itself as a key contributor. 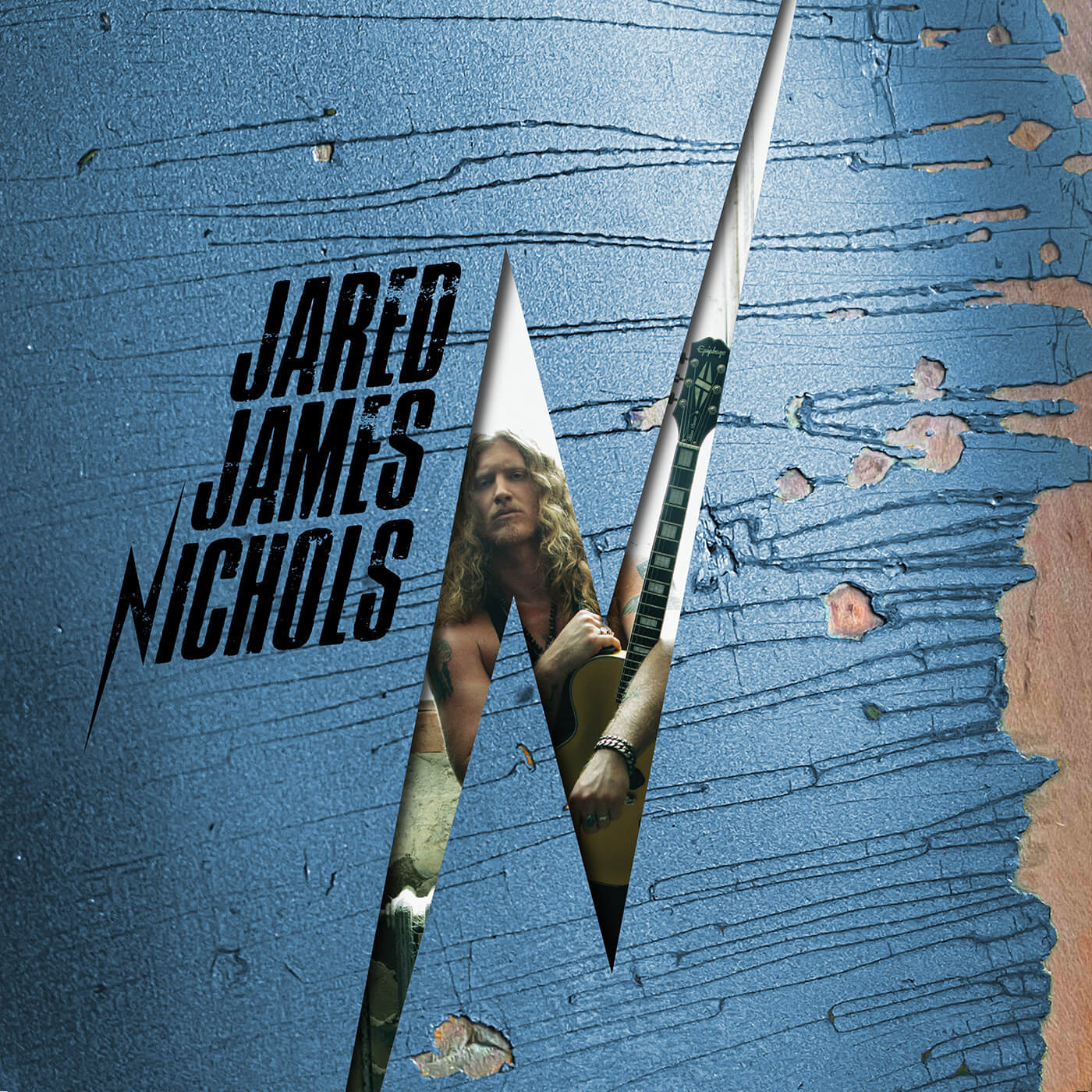 “When I had it repaired, I wasn’t thinking it was going to go in the arsenal.” Nichols admits. “I just thought it was a cool story and I was so happy to have it. But that thing is an absolute firebreather. Bonamassa said it was one of the best sounding P-90 Les Pauls he had ever heard. So I’ve taken that out on every tour I’ve been on since I got it. It’s such a good guitar. I’ve played a lot of Les Pauls and that is definitely one of the best.”

It’s not all vintage relics however – Jared demonstrates time and again that the relatively humble gear can still sound incredible in the right hands, as he regularly leans on his signature Epiphones Old Glory and Gold Glory live and in the studio. While many artists will release a signature Epiphone guitar and then play a Gibson Custom shop version of it on stage, Nichols stands by his Epiphones.

“I think Epiphone rules!” he exclaims. “Here’s my take on it, everyone knows by now that Gibson and Epiphone are one and the same as far as the people who are working there and the people you’re dealing with. They approached me and said they wanted to do a signature Jared James Nichols Old Glory and they wanted to do it as an Epiphone so that it would be priced at a level where it is attainable for anyone whether a kid is just starting out or even someone older who just wants a cool guitar. When they said that, it made me so happy, because it harkens back to when I was a kid – because I was that kid.

“And people have asked me if the ones I play are Gibson Custom Shop guitars with Epiphone headstocks – they’re absolutely not. I’m pulling these bitches right off the assembly line with the rest of them and I’m touring with it and recording with it. So they are a great guitar and they’re at a price point that anyone could afford.”

One thing that unites all the varied vintage and non-vintage Les Pauls in Nichols’ collection is the pickups. We can’t help but wonder how he ended up being such unabashed evangelist for P-90-loaded single-cuts – not to mention a powerful example of how expressive and exciting they are in the right hands.

“A lot of my guitar heroes are Strat guys; Stevie Ray Vaughan, Hendrix, Clapton, Blackmore, Beck, Buddy Guy…” he reflects. “I loved that sound but growing up where I did [Wisconsin], I knew a Les Paul shape better – that was the quintessential guitar. It wasn’t until I was like 18 when I started paying attention to the different pickups and thinking, ‘What the fuck is up with the ones with the plastic pickups?’ around this time I was really getting into Leslie West and Mountain and I remember plugging in a P-90 Les Paul and it sounded kind of like a Strat, because it is a single coil. But when I turned up the volume, it had more bite and it could stand on its own.”

Another key component of his style is his fingers – Jared doesn’t use a pick at all, and he feels like this combines with the P-90s to create his distinctive sound.

“So, when I’m playing those P-90s I still get a lot of clarity, because I don’t use my nail when I play, I use my flesh,” he explains. “But when I play a Les Paul with humbuckers, sometimes it sounds muddy or it just doesn’t have enough punch to cut through. With the P-90s, I was just able to get something extra out of them. It’s funny because if you were to play through my rig with a pick, it would probably be way too trebly. I’m not knocking any of the other styles of pickups out there but for my style, I feel like the P-90 just works so well.”

Jared’s never been one for pedals, just opting for an always on Klon Centaur and the occasional use of a Tychobrahe Octavia for wig-out moments. The most important ingredient on the album, however, was recording live, loud and direct to tape.

“We went in to track it and we set up just like we were playing a live show and we tracked everything to tape, just like in the old days” he says. “All of the solos on the record were super improvised and when we tracked, we all tracked it live in the same room. There’s a tune on there called Easy Come, Easy Go and when we go into that solo section, I feel like I did something pretty crazy. I had a Blackstar Artisan 100 and an old Marshall Super Lead and I kneeled in front of them, bro. I’m talking like doing the holy prayer with the Les Paul and when you listen to that song, it almost sounds like them amps are about to explode.

“On that track I was using a ’56 Les Paul Junior and I went for this bend and Eddie [Spear], our producer had this echo machine and he was moving the fader as I was contorting the feedback. It’s a crazy sound! It’s like an alien whistle. I’m also excited to hear people’s reactions to some of the heavier riffing on there like there’s a song on there called Hallelujah and that riff is so Sabbathy, but of course I’m playing it with my thumb.”

Spear, who has worked with everyone from Slash to Rival Sons to Jack White, tells us that the album is in fact the loudest he’s ever recorded, and the improvisational nature of the process was designed to reflect the visceral experience of seeing Jared James Nichols live.

“The most overdubbing we did was a Leslie speaker, so every tone you hear was as it was tracked on the floor, and then I just sang over it,” Jared affirms. “It was refreshing and it was also kinda daunting because we weren’t able to go back and punch in and fix stuff. So when you hear the solos and it sounds like it’s a crazy person playing it, that’s because I was playing it as if it was my last solo ever.”

In a time where a lot of music has become very digital and reliant on layering techniques, its refreshing to see an artist revisiting the old ways of recording live and loud, and allowing the glorious imperfections of the recording process to remain – and fans will soon be able to appreciate those glorious imperfections in a more personal capacity.

“We’ll have some record release shows right away, but be’ll probably kick off the tour in late February and I’m planning to finally go overseas because it’s been forever since I’ve been able to do that,” Jared enthuses. “We’ll be doing a lot in support of this record. It’s gonna be great.”