“I like the ability to flow between genres freely”: Indigo De Souza embraces change on new album Any Shape You Take

Indigo De Souza grew up in a creatively nurturing environment that has enabled the guitarist to flow seamlessly between genres on a debut album that’s a tribute to that upbringing.

Indigo De Souza’s debut album, I Love My Mom, was an ode to the one person who had always supported her and encouraged Indigo to come out of her shell. Her latest album Any Shape You Take is billed as a companion piece, a second chapter that can offer some sense of closure on this era of artistry.

The title is referential of Indigo’s sound, ever shifting, contorting into new waves and tones, where songs feel as though they are constantly transitioning into new landscapes. The guitar becomes a mirror for the emotional lyricism, and bursts of adrenaline-fuelled head spins are encountered throughout. This is an album of change, highs, and lows – it charts the awkward journey of trying to figure things out. It can be intense, funny, and upsetting, the full range of the emotional spectrum is on show here.

For Indigo, songwriting is an opportunity to dive deeper into feelings that may otherwise be hard to express. “I think it’s a form of self-love and self-care to actually fully engage with those feelings when I’m feeling them.”

How would you describe the environment that you grew up in?

“My mum is a very creative person and a wildly creative visual artist. I grew up around a lot of colourful feelings, and then also smack dab in the centre of a town that was not colourful, or creative at all. So, my mum was kind of like my window into the creative world, because there was not a lot of that around me otherwise. That’s part of the reason why I wanted to name the [first] album I Love My Mom, it felt really appropriate because she inspired so much of my creativity.”

When did you start learning to write your own songs?

“I started as soon as I could play a few chords. I have some recordings from when I was really little, writing songs because my mum gave me a four-track tape recorder when I was young. I would write songs and record them onto that little thing. I still have a lot of those recordings that I’ve digitised. There’s one song in the recordings where I’m just thinking about how my mum is my whole world and I love her so much. I didn’t realise that until way after I put out I Love My Mom that that song existed!” 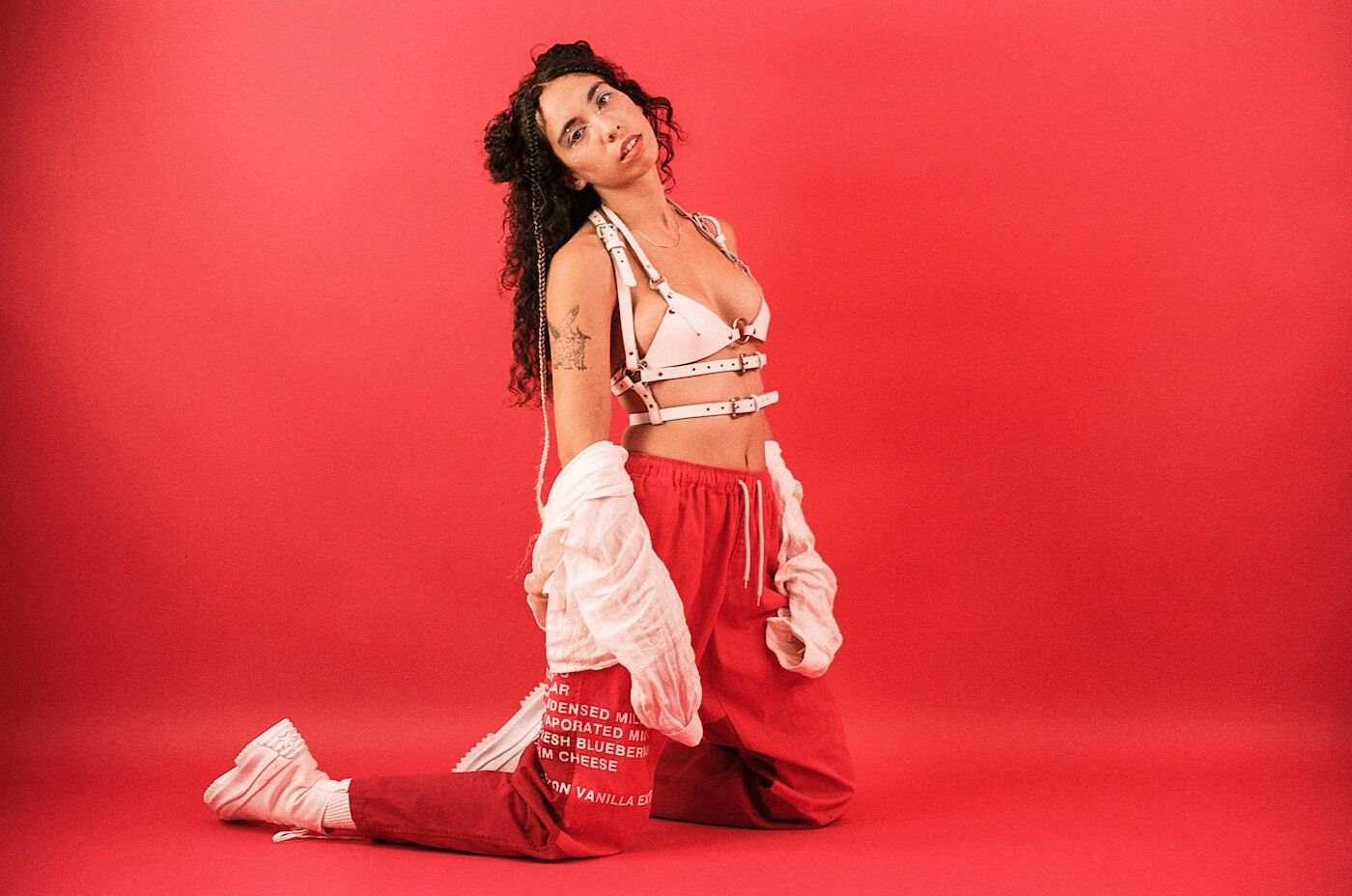 Your dad’s also a Brazilian bossa nova guitarist. What was his influence been on you as a player?

“He wasn’t really around for my life. He and my mum divorced when I was three, so his influences feel kind of distant, but I think they’re still there. When I watch home videos and stuff, there are a lot of clips of him playing guitar for me when I was a baby. I’d like to think that somehow that seeped into my brain a little bit. I just think that we kind of share some sort of genetic drive to play music, which is really special.”

What artists have inspired you or made you think about playing the guitar in a different way?

“One of my first records was an Elliott Smith record. I think it was Either/Or. It was my first glimpse into the world of underground music. I didn’t know that underground music existed at all until I heard something like Elliott Smith. And then I was like, ‘Wait, this is something else, this is not like a very classic structured song.’ I eventually dove into a lot of underground people, like Sparklehorse, LVL UP and Bill Callahan, Sun Kil Moon. Really heavy artists that kind of brought me into a different layer of thinking.” 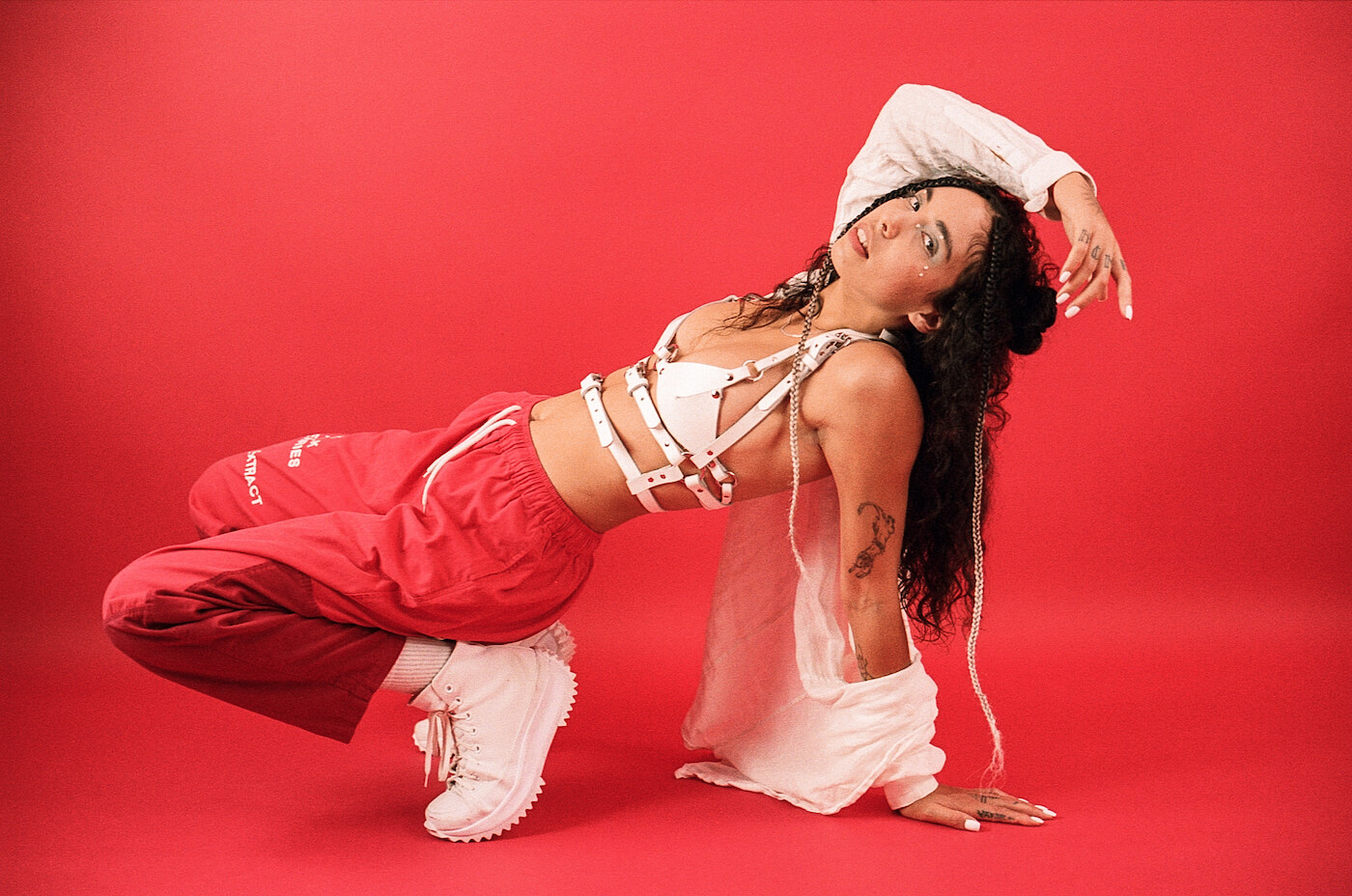 What are your go-to guitars at the moment?

“I have an SG with a lightning bolt, it’s so unique. It has like a humbucker and a single coil, and it just plays so smoothly. I go to that one because it’s the most fun to play. I also play my nylon-string acoustic a lot because I live in a church now and the main room is just a huge room, everything reverberates in there.”

Is there a piece of gear couldn’t you live without?

“I had to choose one, it’d be distortion. It’s my favourite effect in general, for vocals and for drums and for guitar, for everything. I’m always asking to add more distortion to everything!”

Your music can’t really be pinned down to a specific genre. How important is it to have a sense of fluidity in the music that you make?

“It’s really important. I’ve never wanted to make one kind of music, mostly just because my personality has so many different facets. I like the ability to flow between genres freely. I just feel really lucky that I live in a world where I get to do that; I have so many different ways I would like to express myself musically, and it’s always changing based on how I’m feeling.”

What do you want people to take away when they listen to Any Shape You Take?

“My hope is that people feel seen when they’re hearing the album, because the album undergoes so many changes. I wanted it to feel really human and very aligned with the emotional spectrum of humans. I think a lot of the themes have to do with embracing change, and moving through change with compassion for yourself and just loving people for what they are.”

Any Shape You Take is out August 27 via Saddle Creek.