Interview: Brian Wampler on why his new Terraform pedal is a step into a new world

Before NAMM 2019, we spoke to effects guru Brian Wampler about the company’s new Terraform multi-modulation pedal, his plans for the future, and why he’s never happy… 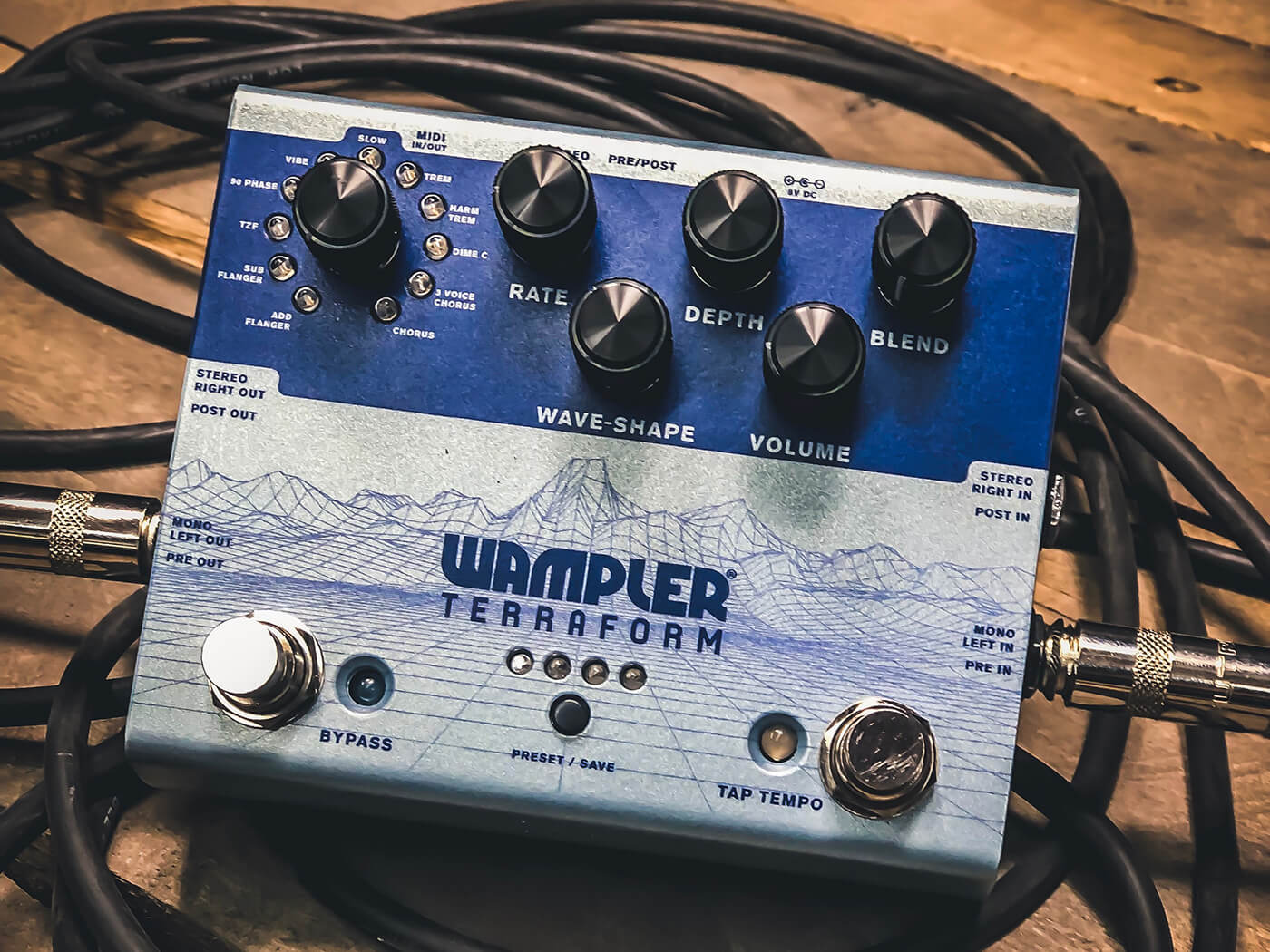 Brian Wampler is one of the world’s most respected boutique pedal builders, but the new Terraform multi-modulation pedal, revealed at NAMM 2019, sets a new direction for a company focussed on superb recreations of classic sounds.

The Terraform offers 11 different high-quality recreations of modulation – including phasers, flangers, Uni-Vibes and more – but with the company’s commitment to easy use and straightforward versatility. On the eve of the show, we spoke to Brian about the Terraform, its creation, and how it’s going to shape the Indiana company’s longterm future.

So NAMM, talk us about what’s new…

“So we’re only showing one new pedal at NAMM, but it’s the start of a whole new platform. So, with this platform, it’s more high-level DSP, and this particular pedal is going to be more multi-modulation. It’s going to have… this is subject to change because it’s two days before NAMM and we’re still writing code and stuff! But right now it’s got a couple of different types of flanger, it’s got a Uni-Vibe, it’s got a couple of different types of tremolo and chorus, and it’s got a slow gear type of effect. And it’s stereo in and out, or you can use it in two different spots – so if you want, you can use your phaser into your distortion pedal, and then go back into this pedal and use it for your chorus or whatever, and then out to a reverb.

“And then of course you can use it with MIDI, so you can control it all from that, and there are presets on it. It’s also a little bit of a different form factor to our usual pedals. Most of our pedals are cast housing – this is the same size, but it’s got more of a rounded front, and it’s a whole different level. The knobs are a lot smaller, and they’re metal where we usually use more of a plastic knob.” 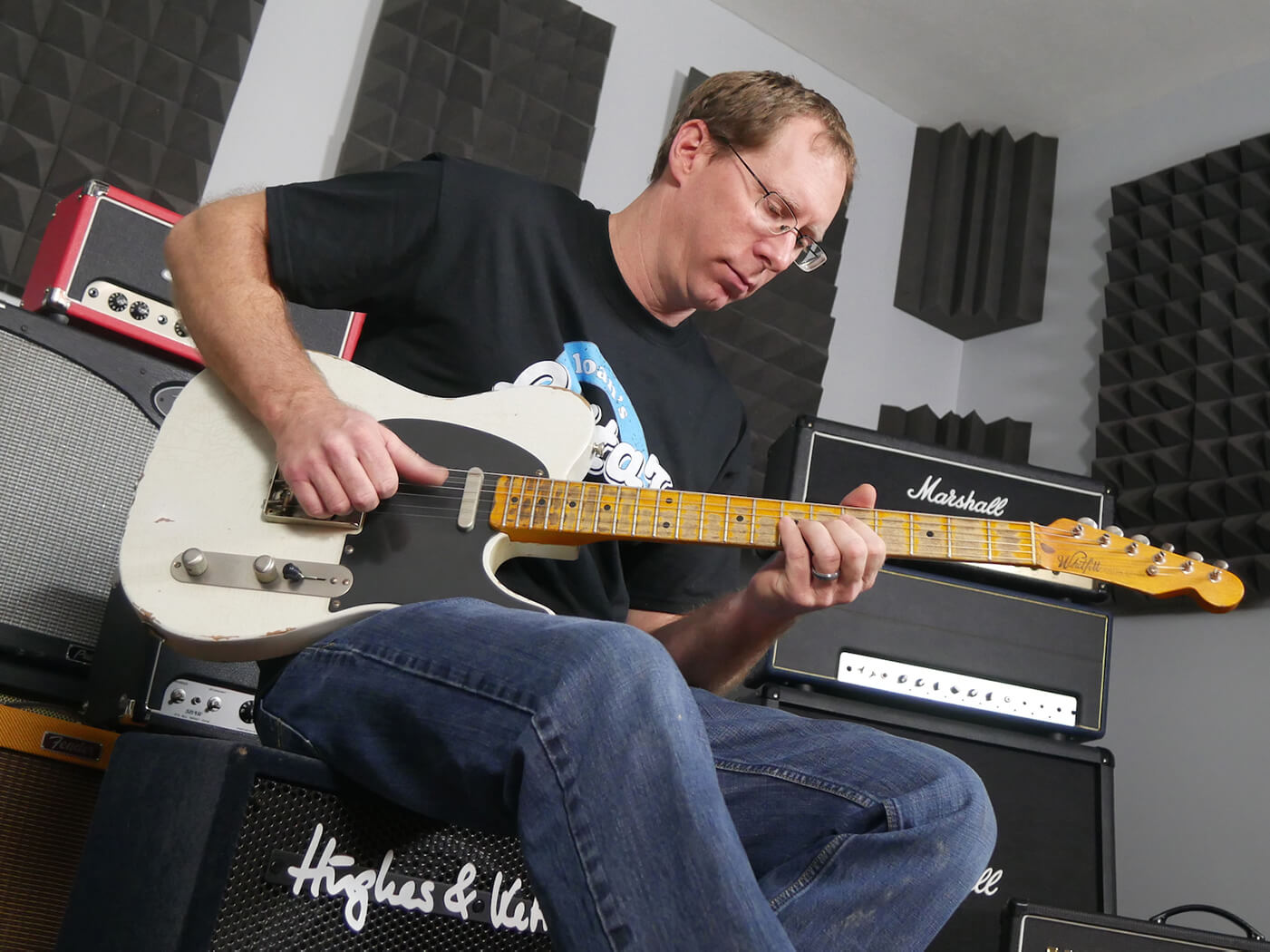 High-power DSP is a bit of a different look for Wampler, what were the challenges in going in that direction for you?

“So the one thing that I wanted to make sure that we did, is that I wanted to make sure that it still lined up with what we do as a company. So it’s not really crazy, out-there… it’s not going to do anything like what say, Earthquaker is going to do – and I love those guys, not to knock them at all. But this is still very much a Wampler product – it’s a good meat-and-potatoes thing, that does a lot of things, but does them very well.”

You say it’s the start of a new platform, how are you planning to expand it from here?

“On this platform, there are probably four or five different things that we’re going to do that are similar, but outside of modulation, of course. Not that we’re going to stop doing dirt pedals or whatever, but I do want to branch out into new areas and create some new sonic textures, I guess.” 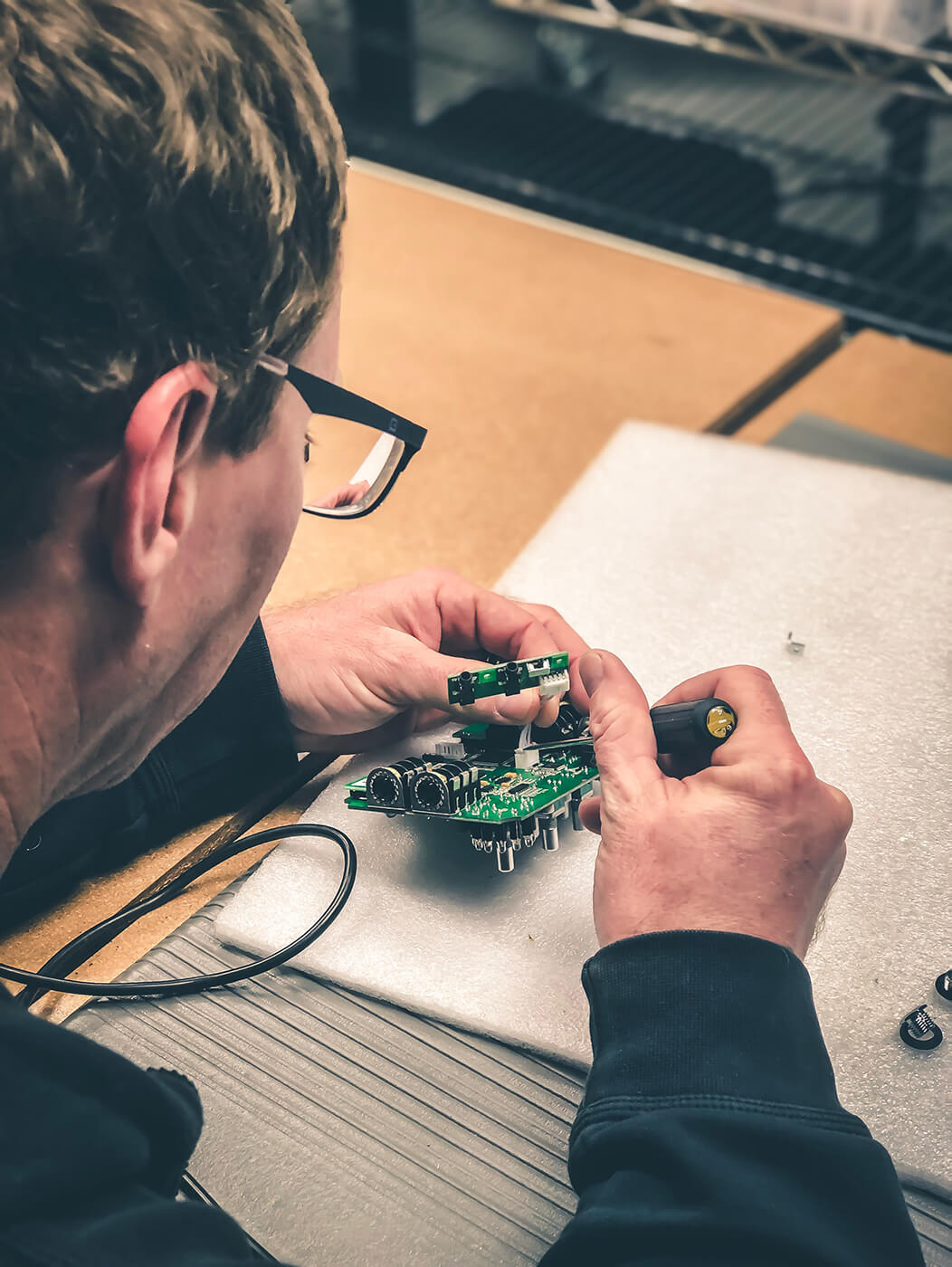 You’ve become part of the Boutique Amps Distribution group, how has that helped you to develop your brand and these new ranges?

“That’s the beautiful part! Before, most of my time was spent managing people. And some people enjoy that – and it is fun hanging out and working with your friends. But what I was noticing was that keeping track of the business stuff was totally taking me away from the fun stuff that made me want to build pedals to begin with!

“So working with Avi and the guys here, they really just took all of the stuff I didn’t want to do, and the stuff that made me hate going to work – they took away the grind! So now, most of my days are spent thinking of new effects, trying to make videos, and just trying to come up with ideas to make new stuff! And that’s most of what I do, so it’s now fun again! [laughs]

“There are a couple of guys that I still work with who are guitar players and we just sit around and talk about ideas, and I buy a lot of pedals, and I’ll play them and be like, ‘Man, it would be really cool if you could take this and combine it with this other pedal in this certain way… and then if you could control it by a piece of software…’

There’s actually a lot of things, particularly on the app and software side, that I would if not ‘move into’, because I don’t want to get away from the old stuff, but I’d like to do in addition. I just feel like there’s so much we haven’t done that we could do to enable people’s creativity.”

With that in mind, what’s the Holy Grail thing that you’d like to build that you haven’t managed to get around to just yet?

“Y’know what, every time I think that I’ve nailed something, I wait around a month and then I go, ‘I wish I would’ve…’ [laughs] I guess it’s a perfectionist type of thing. I’m just never happy! I’m happy with it for about a week, and I always wish that I’d done a version two… or a three or a four and five and six and seven!

“Y’know we just released the Fuzztration and the Pantheon a few months ago, and I’m still thinking, ‘Man! We could have added a different mids knob, we could have done some different things to clipping…’ I dunno, I’m just never satisfied, there’s no end to it… and sometimes I wish there was. That said, if that was the case I’d probably stop building pedals, because that’s what drives it – I’m never happy!”