German pedal builder Enrico Preuß explains the evolution of his company, KMA Audio Machines, pedal builds of convenience and the benefits of having tolerant flatmates while you handcraft and test out your range… 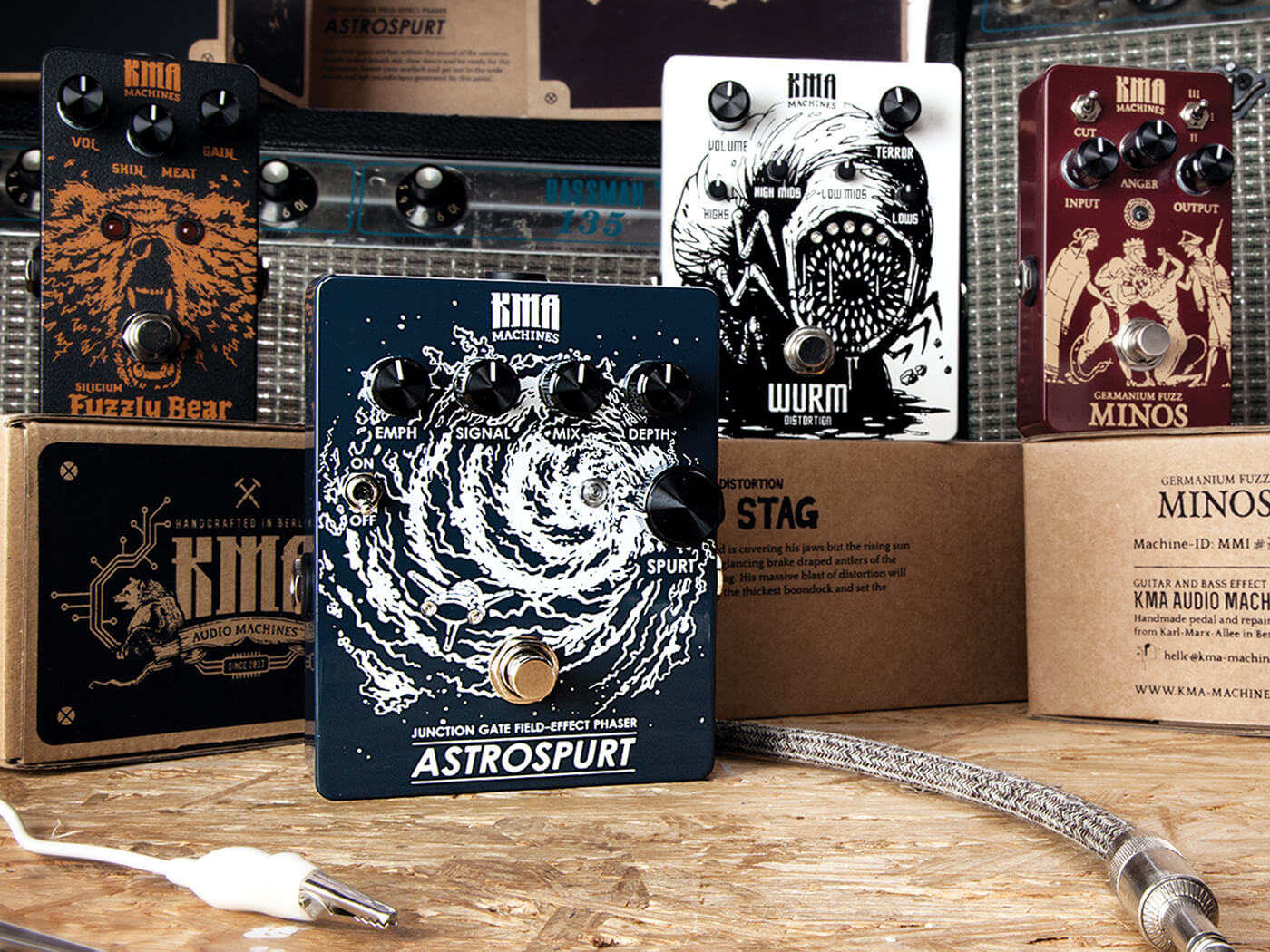 How did you first get into building guitar effects pedals?

“It started when I joined my band, called Amplified Backdoor Creatures, and I needed new pedals for certain sounds and textures. To this end, I bought a lot of different pedals, but I wasn’t really happy with most of the sounds I was getting, or the prices I was paying for what they were. At the time, I was studying mechanical engineering and my budget was pretty tight, so I decided to try out some DIY kits, and while waiting for the kits to arrive, I found stacks of info on the web talking about tagboard and vero layouts. That was where I dived into the whole pedal-building universe. My first two self-built pedals were an SHO Booster and the awesome Skreddy Pedals Screw Driver. I swapped the germanium transistor with a silicon one, which gave me the sound I was looking for, and showed me I could get everything that I wanted by doing it on my own.” 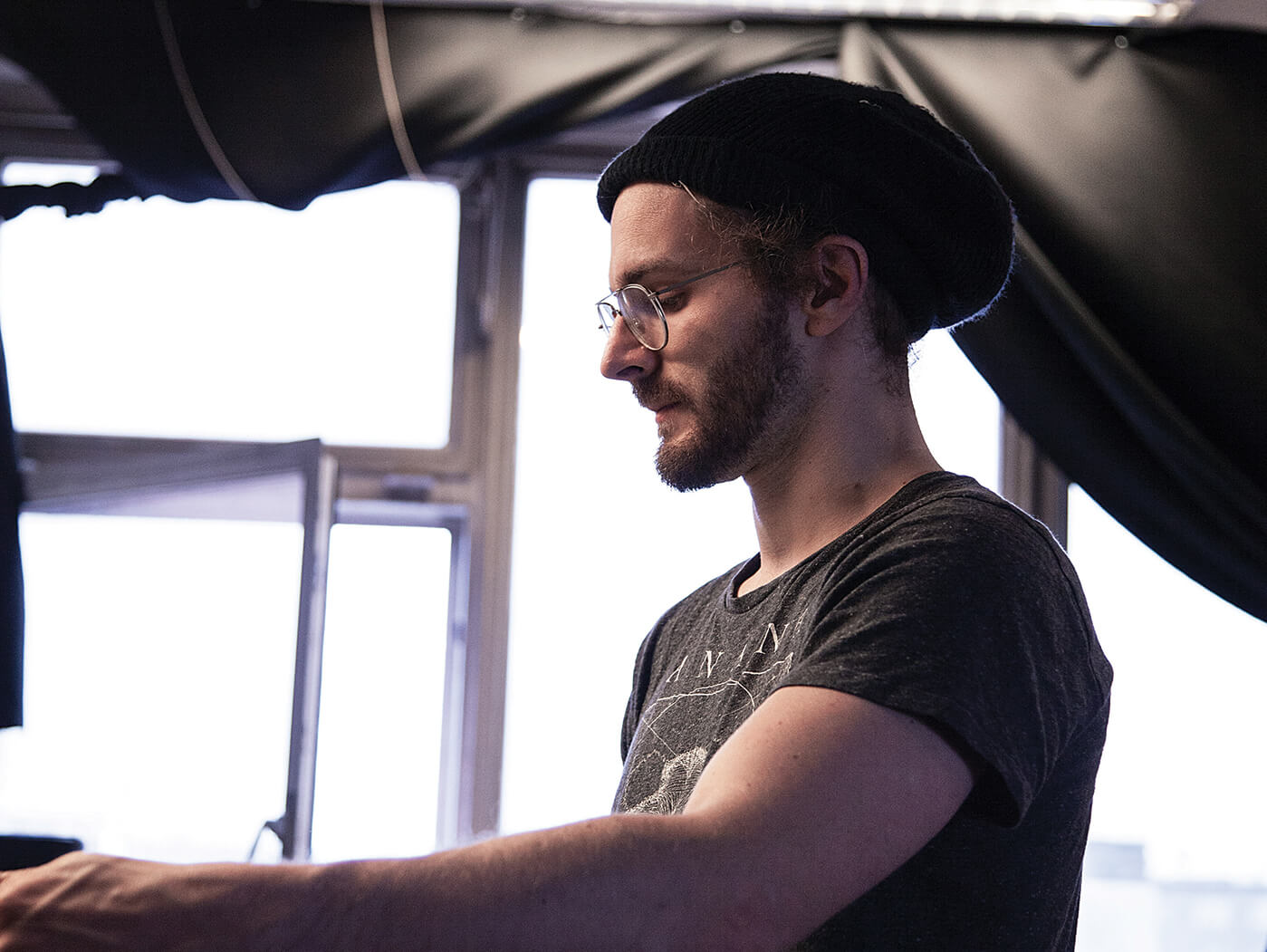 When did that at-home tweaking become a proper effects-building company?

“Before I founded KMA Audio Machines, I did some one-off customs for friends and musicians that I met while I was on tour in summer 2014. It was such a fun thing to do, to build pedals for other musicians and help them to find their sound, that I decided to start building effects as a real business, but it took another half a year to get it underway. The starting point was marked by building a Jordan Boss Tone clone with a bias control and a wider frequency range. I called it the Fuzzly Bear, because after the mods, it was capable of getting both skinny distortion sounds and also nice thick and meaty fuzz tones.

“Karlowitsch, who’s a close friend and an absolutely talented graphic designer, asked me if he could do a design for that pedal. I was so stoked about his approach that we decided to work together – he designed KMA’s corporate look, programmed the website and in December 2014, we launched the brand. We did everything in my shared flat at the Karl-Marx-Allee in Berlin [hence ‘KMA’ – Ed], from populating the PCBs, silk-screening the enclosures and the product packages, drilling and testing the pedals and so on.

“I have to give a big thank you to my three flatmates for their understanding, because the silk-screening with solvent paint and testing the pedals at a decent volume wasn’t the easiest thing to deal with!

“We got our very first dealer on Christmas eve, which was such an amazing thing, as we only launched the brand three weeks before. Since then, KMA Audio Machines has been growing and growing, moving to a real workshop, getting more and more dealers onboard and with every new dealer, it has showed us that we are doing things right, releasing more and more pedals.

“It’s strange to imagine that we started out almost three years ago with just one pedal and an initial production run of 10. Now we have over eight models in runs of 50 pieces at a time, which sell really quickly. That is so amazing and we are so proud of where we are now, we have customers all over the planet! I never expected that we will get this far so quickly.

“But we have a long way to go still, as we are only three people running the business currently. Wieland, the leader and drummer of my band, joined one year ago and our aim is to get all of us three in a paid full-time job. But honestly, it is the greatest job I ever had and I love what we are doing.” 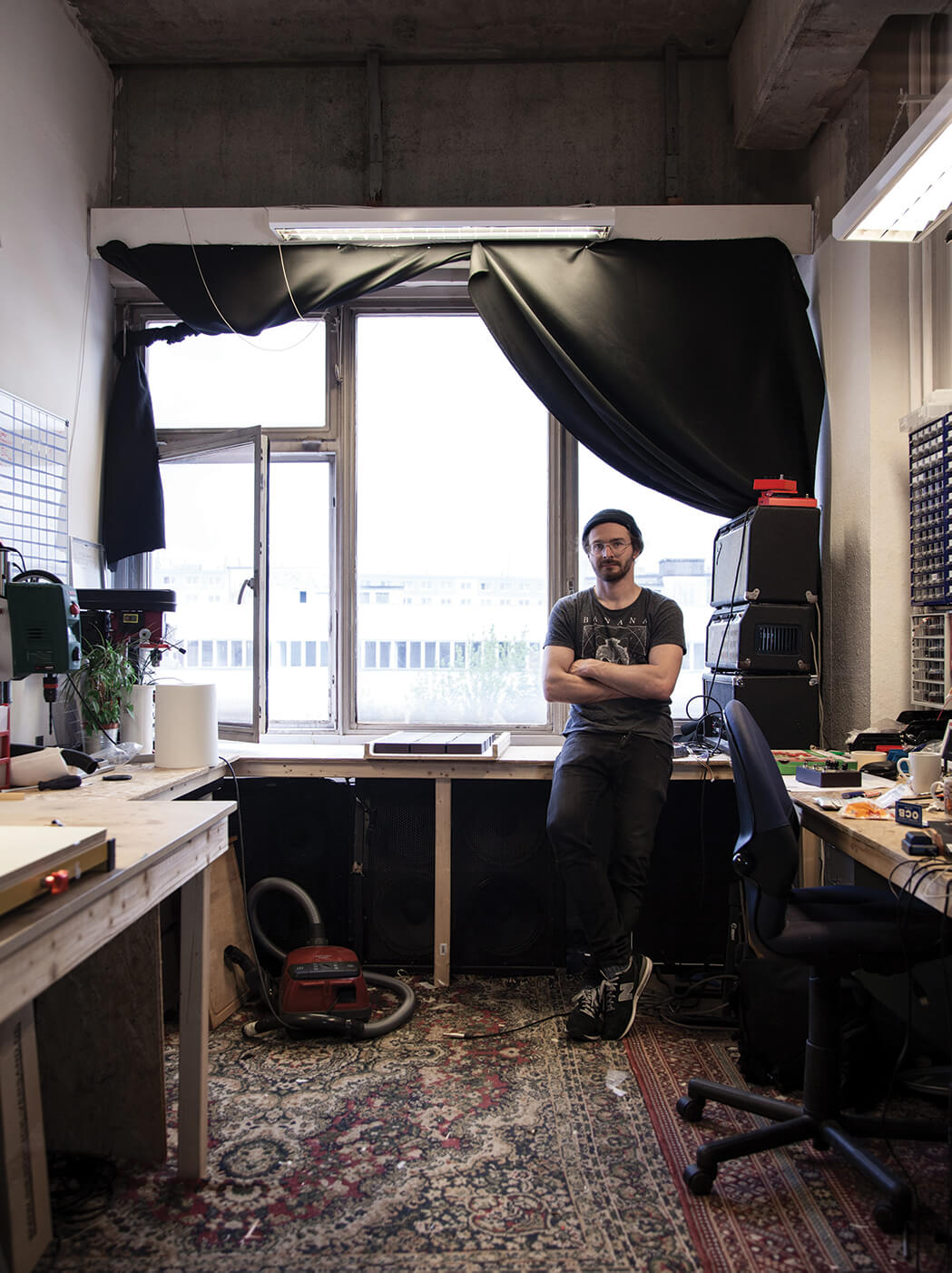 Talk us through the current KMA Audio Machines pedal range…

“Well, our range consists of eight pedals right now. We have some really nice fuzz pedals like the Fuzzly Bear – a silicon-transistor-based pedal – and our tribute to germanium fuzzes is the Minos, which is a hybrid between a classic Tone Bender MkII and a Supa Fuzz. The Dead Stag is our fuzz/distortion hybrid that features a Red Army Overdrive-based circuit with an active three-band EQ section… it’s like the most versatile Big Muff you can find.

“We recently added the Wurm distortion to our range – it’s basically a Boss HM-2, but even better. And I mean way better. We lowered the noise floor, improved the gain control and added two more EQ bands. Another new addition is the Astrospurt, a four-stage JFET phaser, that can also offer vibrato-like sounds or dial in a nice ‘Uni-Vibe-ish’ effect. The last current pedal in the line is the Moai Maea, which is a beast when it comes to analogue octaving sounds.”

What would you say sets KMA apart from other boutique pedal makers out there?

“So, we’re always looking to add intuitive features and controls to offer a wide range of versatility – like the active EQ of the Dead Stag, or the footswitchable octave sections and mixing controls on the Moai Maea. To cut a long story short – versatility, with high-quality handcrafting for modern musicians.”

You also do custom-pedal solutions for customers – what’s the most unusual or tricky custom job KMA Audio Machines has had to handle?

“That’s true, we did a lot of custom pedals, especially in the beginning of the company’s history. I once got a request from a synthesiser player who wanted a stereo version of the Fuzzly Bear, with the gain controlled by a LFO, where the positive cycle modulates the gain of the left channel and the negative cycle modulates the gain of the right. It has different waveshapes, a peak detector and so on. That was a crazy project!”

What new products can we expect to see from KMA in the near future?

“Our next release is the Tyler – a signal splitter where one signal path has a variable low pass and the other has a variable high pass. Each signal path has a footswitchable effects loops to insert any pedal you like, followed by a mix control to bring both paths together. That means, you can split up your frequency range into highs and lows and do whatever you like with them and mix it back together, offering a nice and very nuanced sound, without overlapping frequencies. We’ll also be launching a new germanium Rangemaster-style treble booster. We’ll also introduce a voltage converter that will be fed with nine volts and delivers negative nine volts for old PNP-transistor pedals, such as old fuzz pedals, and 18 volts for those that need it.

“Oh yes, next year we’re also planning to come up with a delay, a harmonic tremolo and a reverb – so stay tuned!”