The Canadian guitarist is one of Nashville’s hottest prospects thanks to her ‘country cocktail’ of influences. She tells us about her early experiences, being uncool and why Brad Paisley is a good luthier… 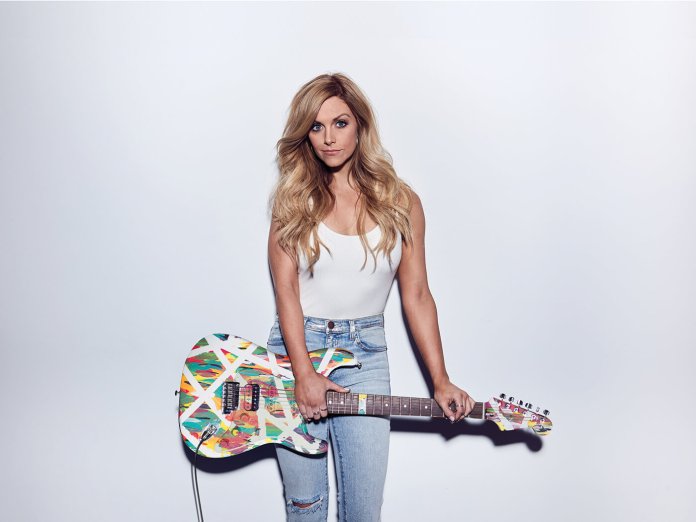 What was the catalyst for your relationship with the guitar?

“I started playing piano when I was six, and my dad put my first guitar – a little cheap black Ibanez – in my hands when I was eight. He taught me Stairway To Heaven. Really! I knew immediately that me and the guitar was going to be something special. I wasn’t just the only girl playing guitar at school, I was the only person. I was really uncool. But with every bone in my body, this is what I have wanted to do since I was 10 years old.”

When did you first start performing in public?

“I learned to play live at church, learned how to perform. And it was good because things there would always go wrong. The most idiotic was getting up in front of the band and starting playing… and I hadn’t even turned my amp on.” You were discovered by Randy Bachman when you were just 15 years old – it must have been useful having him as a mentor during your early career… “After we’d written a couple of songs together, he just sat me down and said: ‘Lindsay, this is going to be an emotional rollercoaster. There will be ups and downs, every day, even in the same day. You have to learn how to ride the waves.’ He was right.”

“Yes! My new Strat ‘Herbert’, which Brad Paisley built for me. Guitars are typically given girls’ names, so I give all mine guys’ names. It’s based on a Mary Kaye Strat, it’s got a pink wash finish, gold hardware. Brad’s such a guitar nerd: he got all the parts from Fender, built it himself, put it in the freezer, he put it in a fire, he scratched it all. For me! Brad Paisley is the most incredible guitar relic-er I’ve met in my life.”

Are you particularly precious about the gear that you use?

“Well, gear is just gear. It can be replaced – but losing it is still painful. I was just in LA for a session writing with [Grammy-winning producer] Babyface, which was incredible in itself, but during that, I’d left loads of gear in my car, which I don’t normally do. I came back, my window was smashed, my backpack had gone, plus the synthesiser I program my whole show on, my pedalboard, a hard drive with lots of new songs on… Luckily, most of my guitars were with me in the studio.”

What’s your pre-gig routine? Do you have any rituals that you rely on before going on stage?

“Well, this is lame, but as a singer it’s probably tea and honey. As a Canadian – maybe this is why I like the UK so much – tea is a really big facet of life here! I do like a good English Breakfast Tea, but I watch my caffeine intake. My band are all hooked on it though. Oh, and Funk #49 by The James Gang – that’s my soundcheck song. Every time. My band even make fun of me about this, but it is always that.”

Outside of the country realm, are there any guitar players that you look up to and think, ‘I wish I could play guitar like that’?

“It would probably have to be Guthrie Govan. Just watching him on YouTube,
I find amazing. I’d love to be able to play super-shreddy, but it’s just not my style at all. The way he does it, and super-melodic at the same time, is incredible. He’s written for the magazine? Oh my gosh! Tell him I’m a big fan! Can you hook up a jam?”