Interview: Meris founders on self-funding and the guitar industry in 2019

Founded by veterans of Line 6 and Strymon, Meris has rapidly become a respected name in high-end digital effects. We talk to founder Terry Burton and Angelo Mazzocco about how they got to where they are today… 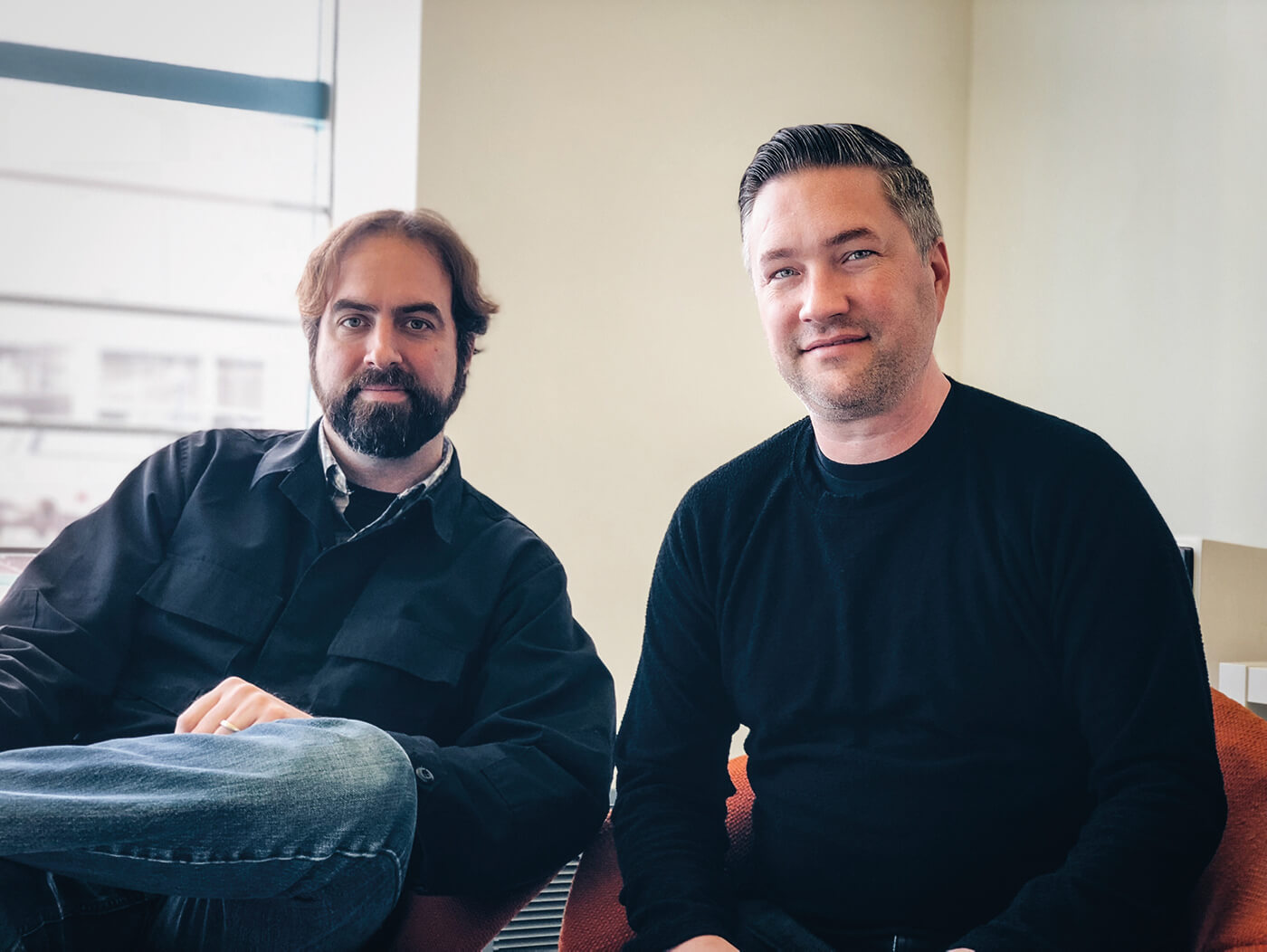 How did you both first get into the guitar?

Terry: “When I was really young, I was so fortunate that one of my uncles, Dave, lived with us. He’s a songwriter and guitar player, so I have early memories of wandering into his room and being awed by all of the recording gear.

“This was the early 80s, so there was an Ibanez LP copy, Portastudio, reel to reel, Yamaha SPX90 and pedals (including an A/DA Flanger!). He let me mess with all of this stuff, but I didn’t actually start playing until my parents bought me my first guitar when I was 13 or so.

“After that, he let me borrow everything on a semi-permanent basis. That really sparked my gear obsession.”

Angelo: “I loved woodworking as a little kid, and my father and I built a crude miniature guitar that we cut out on the bandsaw. Once my mom saw how much fun I was having, she bought me an acoustic guitar the next Christmas. That acoustic eventually led to a Stratocaster, and then it was all over… from then on, all I wanted to do is practise guitar.”

When did you start tinkering with gear?

Terry: “A couple of years later, I discovered the Craig Anderton book (Electronic Projects For Musicians) and built my first distortion pedal. I blew it up at least three times before I ever got it to work, but after it did finally work, I was hooked.

“My dad was always really supportive of my interests and he loved music himself. I had a terrible-sounding solid-state Marshall that I also blew up by tinkering with and my dad encouraged me to ask the local music-gear repair person for a job. His name was Pat Buley and I begged him to let me help out with anything I could. After a week or so, he said yes – it was a dream come true and I was so grateful. I tore into every piece of gear he had waiting to be fixed, studied every schematic. That was really a fun time and an invaluable lesson on how to engineer music products.”

Angelo: “As a teenager, I was fascinated with all of the amazing rack gear that was popular at the time. While most of it was priced out of my reach, I researched all I could to understand how the devices and their algorithms worked. When I started college, I focused on Digital Signal Processing with the aim of some day working in the music industry. Between classes, I was a research assistant for a professor studying the physics behind optical computing. This gave me access to an electronics lab and machine shop, where I would build pedals after hours. The first pedal I built in that shop was an overdrive pedal with selectable asymmetrical clipping curves.”

How did you get into the business of making pedals?

Terry: “After working in repair for a few years, I applied for a job at Line 6, which was only about a 30-minute drive from where I lived in Ventura. I started out as a tech in the engineering department and after a short time, they gave me the opportunity to become a design engineer. I worked mostly on amplifiers. I’m so grateful for that gig, I had many mentors there.

“After about seven years, I got the itch to try my own thing, so I quit and my wife Jinna and I started Strymon in our tiny two-bedroom apartment. Fast forward to 2013 and I was ready to start something new again. I contacted an old friend and my favourite DSP engineer in the whole world, Angelo, who was also ready to try something new. Meris was born…

“I’d design the hardware, Angelo would design the algorithms and Jinna would be responsible for the look and vibe of the brand and products.”

Angelo: “After I graduated, my wife and I flew out to California and drove up and down the coast interviewing at telecommunications firms; along the way, I stopped at both Digidesign and Line 6.

“I was lucky enough to catch Michel Doidic during some rare downtime and we bonded over Frank Zappa. Thankfully, I was offered a job as a DSP engineer and started soon after. And that is where I met Terry! I am so grateful to team up Terry, who is such an electronics wizard and Jinna, who has an incredible artistic vision.”

How did you support the business in the early days?

Terry: “We’ve always been self-funded, which was extremely challenging. But the upside of that is that you have complete and total freedom on your designs. I think that if you can make it past the painful beginning, it’s the only way to maintain creative freedom.” 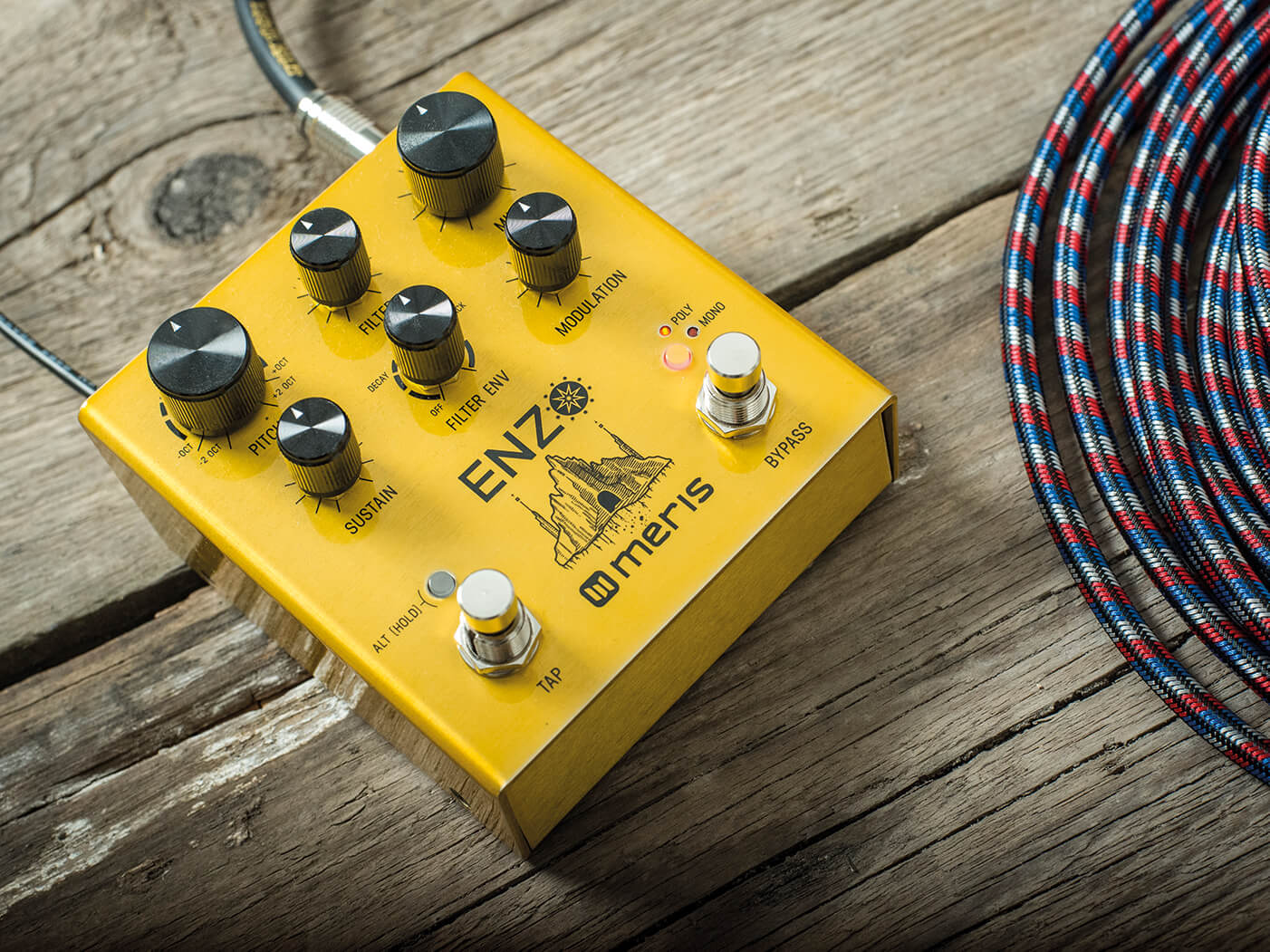 At what point did you feel like you nailed your branding?

Terry: “Jinna came from some of the top design studios in LA and had already done design and/or branding work for GM, Disney, Dragonframe, Strymon and many others, so I was always confident that she’d nail it for Meris. She has a very clear vision of how to reflect all of our personalities genuinely through the brand and I think that shows in all of our work. She is a great artist and we are lucky and humbled to have her on the team.”

What’s your proudest moment as a pedal maker to date?

Terry: “Probably the release day of our first two pedals, the Mercury7 and the Ottobit Jr. We were a fledgling new brand in an industry that loves historic brands. Once the pedals started shipping, I was confident we could really build something that would last and be influential.”

Angelo: “Having musicians connect with something you’ve laboured so long on and taken very personally is extremely rewarding. It’s like releasing a new song. You work for months and months on it, pouring your heart and soul into every detail. And then the nerve-wracking moment comes where you release it and hope it connects with the outside world.”

What’s your best-selling product so far?

Terry: “Well, right now it’s Enzo, which is also the newest. It came from our obsession with synthesisers, especially the CS-80 and also Oberheim stuff. I had tried and failed many times to achieve a guitar-synth setup from existing gear and I was never happy with it. “Angelo really nailed the sounds and tracking, which is insanely hard to do without a special pickup.”

Angelo: “I’ve always admired the intense creative tools that synth players have had at their disposal. Chick Corea, Vangelis and Keith Emerson were huge inspirations, and I wanted put those same tools into the hands of guitar players. I actually started work on the Enzo at the same time as our first pedal, the Ottobit Jr – the Enzo took more time, since I was continually refining the pitch-detection algorithms while designing our other pedals.”

Angelo: “I think the opportunities are limitless. I feel like we’re just seeing the tip of the iceberg as to what is possible with expanding the palette for guitar players. “Synth players have had a head-start when it comes to the tools available to craft their sounds, but the tools for guitar players are catching up. We regard our pedals as instruments and I find it exciting that the pedalboard is turning into an extension of the instrument. It reminds me of how synth players interact with their modular-synth racks.”

What are your plans for the future?

Terry: “We always have multiple things on the horizon. The general theme that we stick to with our gear is that we always want to create something that acts as an instrument in and of itself and is inspired by a central idea or concept. I think our team is really grateful to be able to do what we do and to be creative on a daily basis. I hope we get to keep creating things for a long time.”

For more info, head to meris.us.