The effects guru and guitar-industry veteran invents the sushi-and-scrumpy combo, explains how to evaluate a guitar in 10 seconds flat and exits stage front… 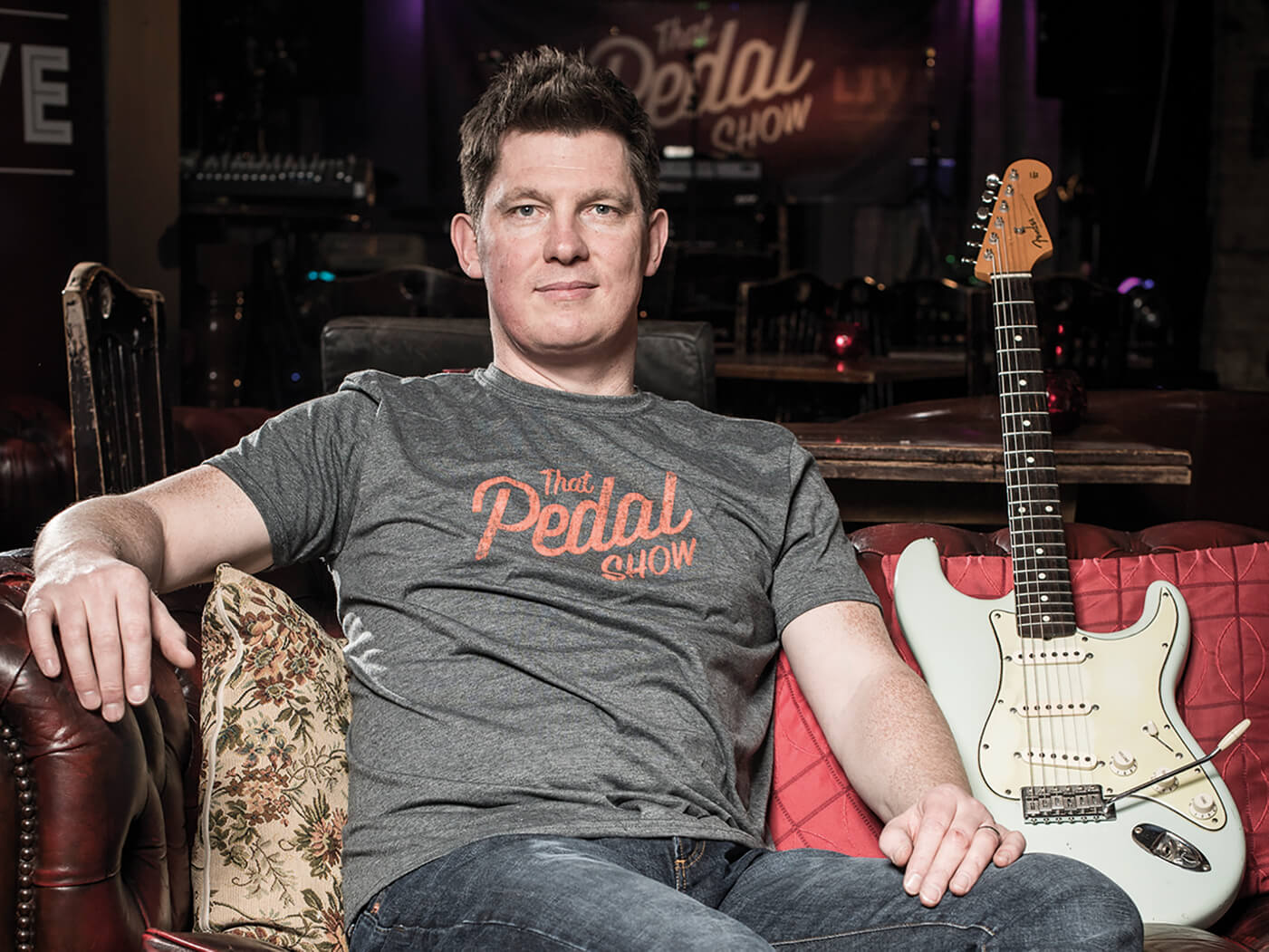 What was the moment that started it all for you, in terms of guitar?

“Probably seeing a photo of Elvis looking totally cool playing a Martin acoustic. I didn’t know it was a Martin acoustic, because I was only about seven years old. Or that it had a leather cover on it, which I saw many years later at the Martin Museum in Pennsylvania. It was either that, or Quo rocking Teles in at least double denim. Maybe triple.”

What’s the one guitar or piece of gear that you can’t live without?

“I genuinely don’t think there is one, but the last piece of gear I will ever part with is my Collings CJ35. It means more to me than anything I’ve ever owned. And most humans, for that matter.”

Have you ever sold or lost a guitar that you wish you could get back? A proverbial ‘one that got away’…

“Nothing of any significant value or rarity. There have been plenty I should have bought and didn’t: my friend Neville’s ’67 ES-335 and his Lake Placid Blue ’63 Strat. Both would have meant bank loans, but history shows it would have been a good decision. I sold a bunch of stuff after the financial crisis of 2007. It was a welcome declutter. That’s what I tell myself, anyway.”

If you ever had a signature guitar designed, what would it be?

“It wouldn’t interest me. The ’59-’64 Strats; ’50-’64 Teles; Bursts; dot-neck 335s… they were just perfect. Well, the good ones were perfect, so all I’d want is period-correct versions of those in as many original custom colours as humanly possible. There’s literally nothing I could contribute that my heroes haven’t done already.”

What’s the first thing you play when you pick up a guitar?

“Usually some combination of an open G major with the D on the B string, open E major, D and A chords. I can usually tell if I’m going to like a guitar within about 10 seconds of that.”

What’s the best advice you’ve been given?

“When you practise, practise, but when you play, play! Shameless namedrop warning – it was Robben Ford, and he was explaining that you should be fearless when you play and leave the practise frame of mind at home. Remove the middle man, play from the heart. I’ve been my happiest musically when I’ve been able to bring that to fruition.”

Have you ever had a ‘Spinal Tap’ moment, either onstage or off it?

“Many. My favourite was probably stepping out onto the stage, top of the bill when I was about 16 or 17. I walk out to the front, go for the massive opening solo, step forward and right off the front of the stage. I was less worried about looking like an idiot and more that my Mark III Boogie would be landing on my head. EV speakers are heavy.”

If you could go back in time and attend one legendary gig from history, what’d it be?

“I’d have just moaned about the sound at most of them. So it’s probably the Prince Purple Rain Tour, because that would have sounded and looked utterly epic. Argh, or Johnny Cash at San Quentin, then I wouldn’t have to drive home.”

It’s that headline stadium tour of your dreams… what’s on your rider?

“Proper fresh sushi, every day, with a geezer to make it. A decent Nuits-Saint-Georges and a gallon of rough scrumpy. And dark chocolate Bounty. Triple pack, mind.”

Is there any song or style of music that you’d love to be able to play, but can’t?

“Jazz for sure. It’s the ultimate musical understanding alongside a proper classical discipline. And it’s all there to learn… but rock ’n’ roll is just too easy, and members of the opposite sex actually like it. No contest, really.

Read more interviews here. Also, be sure to check out That Pedal Show.