Interview: Steve Vai on the Ibanez JEM JR, his first gig and more

The virtuoso talks to Darran Charles from Godsticks about his first ‘proper’ guitar, Univox, Teisco, JEMs and a whole lot more besides. 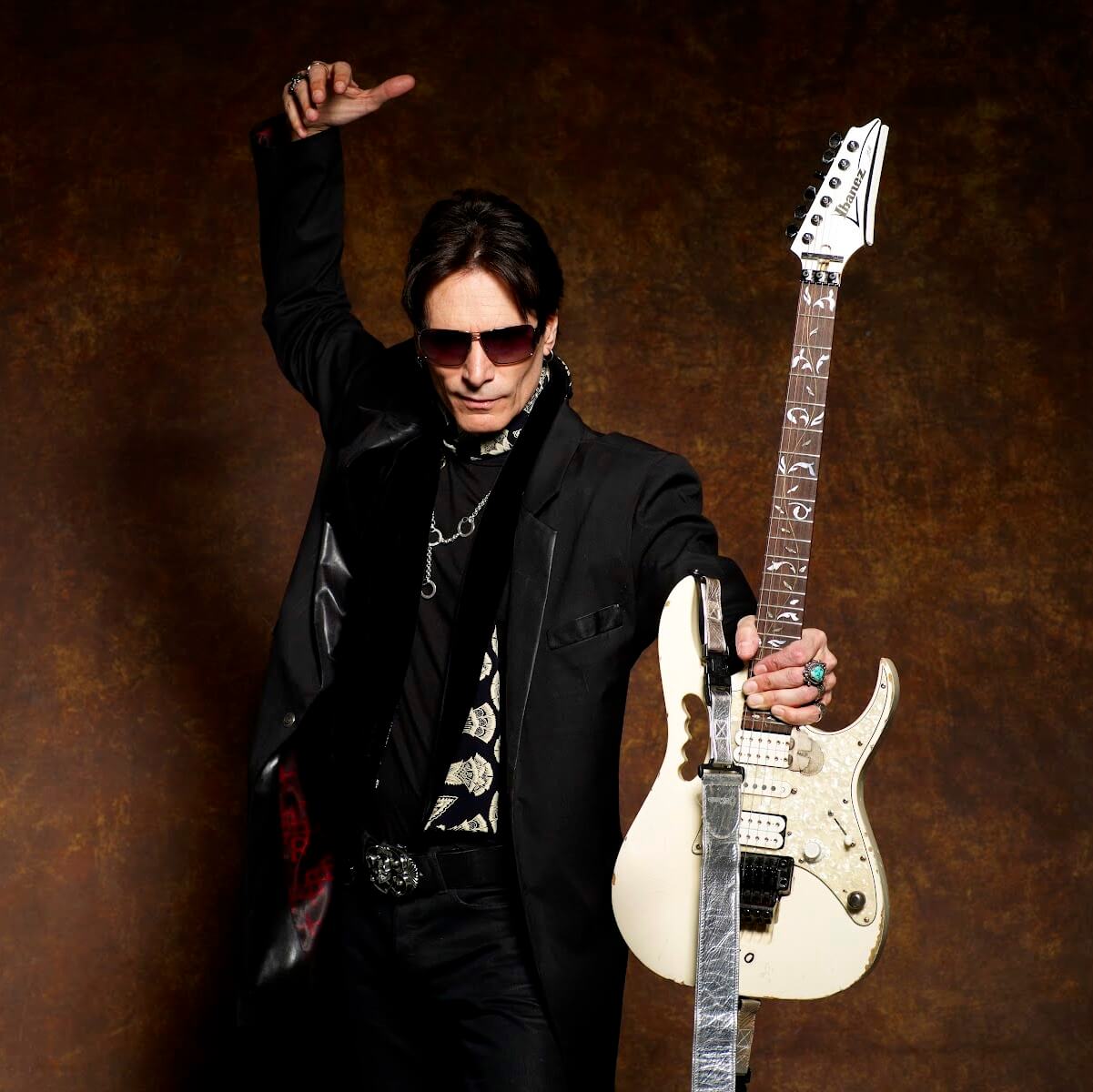 Our recent encounter with the highly affordable Ibanez JEM JR inspired us to ask Steve Vai himself about his early encounters with guitars aimed at beginners.

What was your first guitar and how old were you at the time?

“My first guitar was a Teisco Del Rey. It had a lot of pickups and buttons on it, but the most fascinating thing about it was that it had a whammy bar. I knew it would be my joy. I was 12 years old and it literally slept in the bed with me at night.”

Although things have improved considerably, back in the day many beginner’s guitars were of a relatively poor quality. Do you think there are any advantages to starting out with a comparatively sub-standard guitar? Or do you think such a guitar has the potential to deter progress or cause someone to quit?

“It’s always a good idea to start on a decent instrument. You can get a great instrument cheap these days. You want to have something that will be able to stay in tune and have good intonation. The neck should be able to set the action as a low as possible without any buzzing so it should have a decent and straight neck on it.

“You can get cheap guitars to do these things and sometimes even expensive guitars can have issues. But if someone sees a guitar and it lights them up, even a not-so-good instrument will not deter them.”

What was your first ‘real’ guitar? Did you have an idea of what you were looking for at the time or was your choice influenced by your favourite players?

What qualities do you think are important when buying an entry-level guitar?

“Perhaps of greatest value is how the guitar makes you feel when you see it and hold it and put your fingers on it. It’s a personal thing. You obviously want to make sure it can hold its tuning and has a straight enough neck so the strings can be low enough, so it’s comfortable without any notes buzzing or fretting out.”

Although the JEM JR didn’t exist when you first started out, do you think that it would have appealed to you at the time?

“Absolutely, because it had all the things in a guitar that I was looking for that did not exist at the time. I designed the JEM/RG around my particular idiosyncrasies as a player and those things I wanted a guitar to be able to do. It certainly is a nice surprise to see that many others feel the same way about the JEM and RG.”

Last year the JEM reached its 30th anniversary: what do you think is the most significant change it has undergone since it was first introduced?

“It has never really gone through any significant changes with the exception of the aesthetics, meaning the colour, and perhaps various pickups and slight neck alterations.

“Having said that, there are some surprises in the near future regarding the JEM that I think the fans of that instrument will be very thrilled about.”