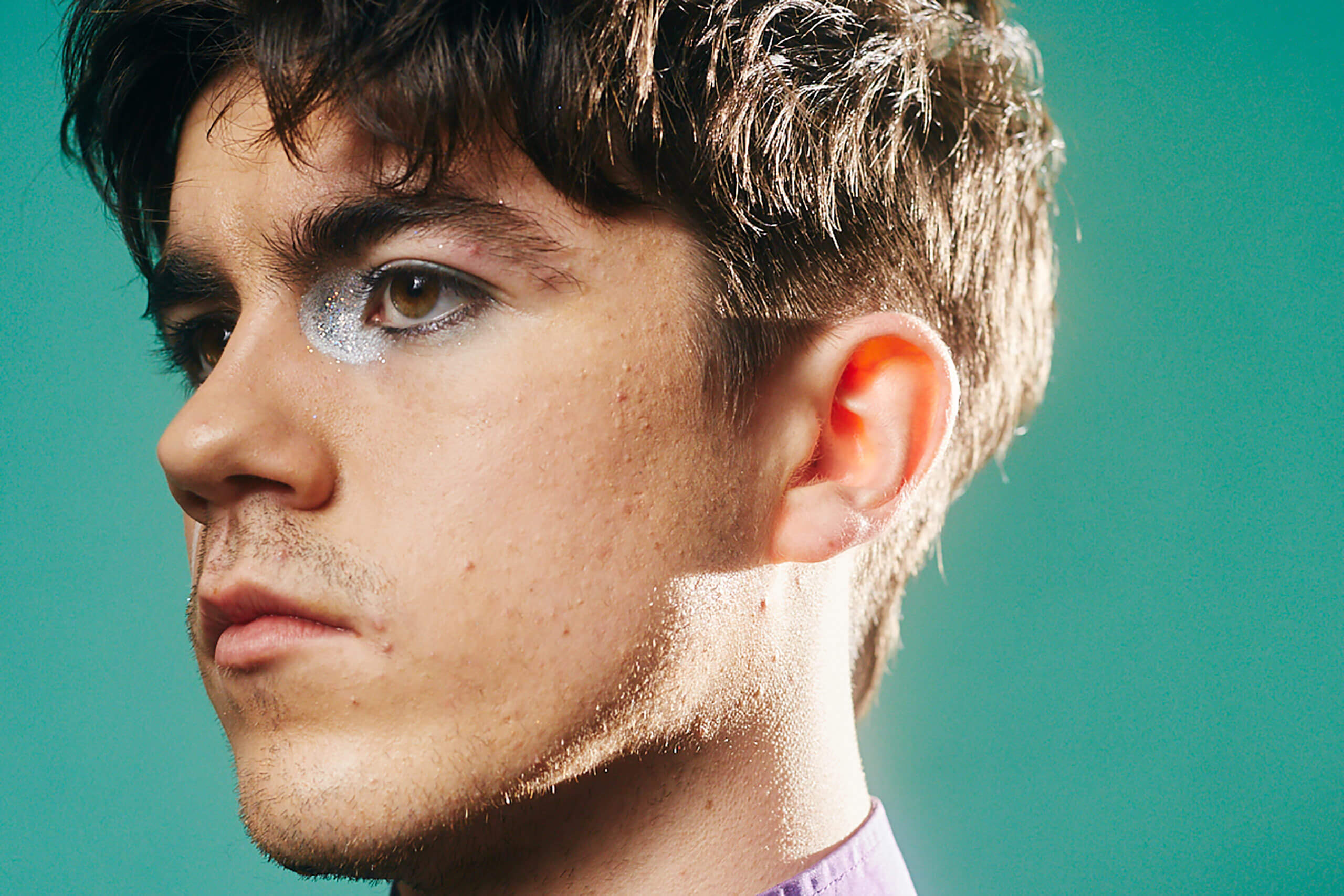 After scoring a global hit before he even left school, British guitarist Declan McKenna has long been earmarked for big things. Now, as he prepares to unleash his glam-focussed second LP Zeros on the world, we talk to the 21-year-old guitarist about Juniors, confidence and his love of esoteric effects pedals.

Declan McKenna was sitting with his friends, enjoying a lunch break at his secondary school in Cheshunt, Hertfordshire, when his phone rang and he realised that his life was changing rapidly. On the other end of the line was an American radio station looking to spin his 2015 debut single, Brazil – a scrappy, sun-kissed indie-rock ditty that became a viral sensation and quickly catapulted McKenna into the situation he found himself in on that fateful afternoon – taking calls from radio stations on the other side of the world when most kids his age would be fretting about double maths after lunch.

And from there things snowballed. The release of Brazil – which lyrically was a pointed critique of the corruption and ethical concerns surrounding the 2014 World Cup in Brazil – led McKenna to winning Glastonbury’s prestigious Emerging Talent Competition at just 16 years old. All of a sudden he was being chased by industry executives, who spurred on a major record label bidding war trying to sign him, and the press obviously came knocking, too. He had barely started his AS Levels.

“Everything was happening at once, and I was really enjoying it, but I don’t think I realised how massive everything was,” the now 21-year-old McKenna admits. “I know that I am very fortunate to have had that viral moment so early on. Really as an artist, all I needed to do was devote myself to the music.”

And so, he did just that. While many young artists will spend years experimenting to find their voice, by 2017 McKenna had released his debut album What Do You Think About The Car? – a fiercely intelligent meta-commentary on the Generation Z experience, which addressed everything from institutional corruption and trans rights, to the resurgence of xenophobia in the UK, all set on a bedrock of freewheeling, wonky-indie anthems.

The album garnered universal acclaim, and won the young guitarist an exponentially growing and devoted fanbase, along with some heavy ‘voice of a generation’ labels that, looking back on things in 2020, you feel weigh a little heavy on him.

“I think the essence behind what has driven my music is, in the purest sense, revolution”, he asserts. “I am aware that my music has found its biggest appeal in young people, and I guess unintentionally, it has always been about encouraging listeners to free themselves from social constructs. We have built a society that doesn’t function for everyone.

“I think the essence behind what has driven my music is, in the purest sense, revolution”

“The ‘voice of a generation’ tag was very sensationalist, and I am not going to pretend that I assume that role, because I don’t. As someone who is part of my own generation, I believe that there are so many intelligent people who don’t get quite the same spotlight on them. I can’t put myself at the forefront. I think it is always important to remind people that it is a collective effort towards change, rather than one singer. The voice of a generation is a collective voice.”

With all that in mind, the second coming of Declan McKenna was always going to be a watershed moment. The socially and politically aware subject matter of his first LP had placed him in the ‘protest singer’ box, and the glittering glam-rock futurism behind his existentialism-inspired sophomore record, Zeros demonstrates that McKenna is going to be an artist that is tough to pigeonhole.

By his own admission, the album is “all over the place” thematically, its tied together by two things – his meticulous and detailed approach to songcraft, and his total obsession with effects pedals.

“Pedals are really my thing,” McKenna enthuses. “I love collecting them – you can get lost in such a rabbithole with pedals. I’ve got that Earthquaker Devices Space Spiral pedal on the album, which has a great modulation delay, and I have been loving the Ibanez Auto Wah. I just love pedals that don’t sound like anything else I have heard before. I am always trying out new equipment, and I am always looking for things that will inspire me. 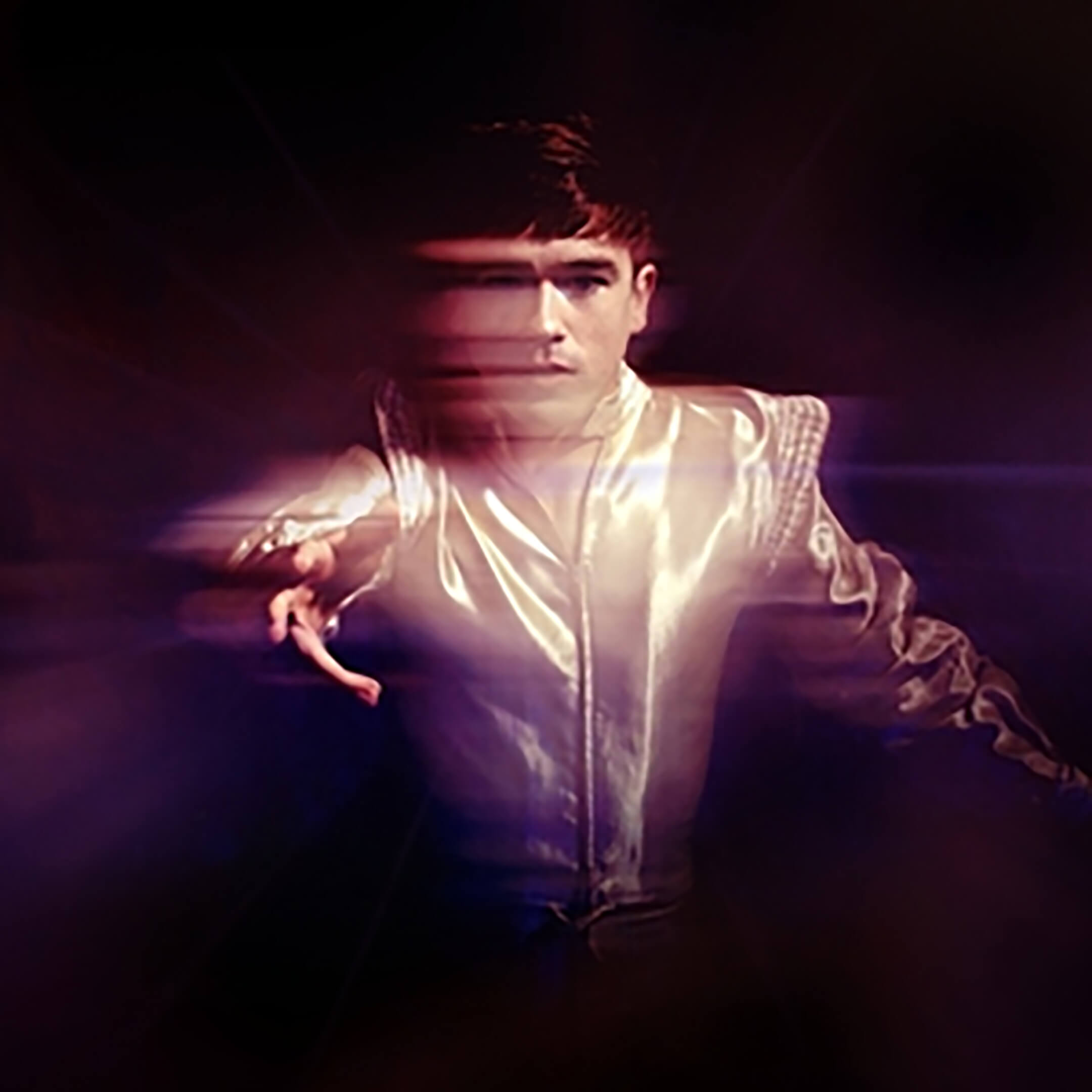 “I think my guitar work really came to the fore on this album. For starters, I had less inclination to just go for the pentatonic scale! I now have more confidence in my ideas, and more of an understanding when I need to be playing by the book, and when I need to be slamming my guitar where I don’t know how it is going to turn out. I have found a bit of freedom of expression in guitar that I hadn’t found before. While making the album, I felt like I had the capacity to say what I wanted, and I knew how to get it, and I found a lot more power in the studio.”

This newfound confidence radiates from Zeros, as evidenced on the fuzzed-out, shambling Beautiful Faces – a direct address to our collective addiction to technology – or the tearing through an Orange Dual Terror for a rip-snorting solo on Sagittarius A. While certainly eclectic, Zeros – which was recorded last year in Nashville with veteran producer Jay Joyce – remains coherent and vibrant, the sound of an artist purposefully trying to wriggle free of what came before, and making something of an volte face on the heavy social commentary of his previous LP.

“I can only really back myself,” Declan admit. “But I was just experimenting and not feeling the need to worry about guitar parts, and just embracing what I was feeling in the studio at the time. I think it came out in a really nice way on the record.”

Working with Joyce also allowed for an element of chaos that helped him to stumble on melodies that he might not have consciously assembled.

“With the Beautiful Faces solo, I wanted to achieve the sound of machine work, like hammers going against metal, so I used a lot of this Judder pedal by MWFX, which [producer] James Ford turned me on to when we recorded my debut. I have stuck with it, as I love the harsh, sharp delay. Those are the moments on the album where I think that my guitar patterns have a real bite to them. On Emily, for example, I tuned all of the strings to the same note and worked with two octaves to harmonise a slide solo.”

One of the key toolss that helped McKenna craft his new sound was the impulse purchase of his first Gibson guitar – a white Les Paul Junior that he picked up during the album’s recording sessions “on the cheap”.

“There is that saying, ‘instruments have songs in them’, and I feel like it is completely true”

“There is that saying, ‘instruments have songs in them’, and I feel like it is completely true,” he explains. “Because you always get that different feel, your hands fall in a different place. Before I went to Nashville, I had never bought a Gibson before, and I wanted to believe in myself and use a new guitar for the record. It has a really nice bite to it, and it is super light. I find that I religiously play my most recent purchase until I buy a new guitar, so I used the Gibson a lot on Zeros. That said, I love all my guitars and there is always a time and place for them, but I don’t always spend enough time with my oldies as I should!”

It’s not always advisable to judge an album by its cover, but one look at the Zeros artwork and certain influences naturally spring to mind. Bedecked in a sparkling, iridescent space suit with flared shoulder pads, McKenna is a shimmering vision of the Space Oddity-era David Bowie, whom he cites as a primary influence on the record, though he was also in equal parts inspired by the psychedelic escapism of T. Rex, and the stardust-laden riffs and theatrics of Roxy Music.

“When I was writing this record, I was appreciating the rawness of classic 1970s influences via the creative freedom and expression of glam rock, the genre’s expansive ideas, alongside its directness,” says Declan.

Indeed, those artists were formative for a teenage McKenna, who would listen to those artists on repeat and learning by ear as he got to grip with his first electric guitar, a second-hand Squier Affinity Stratocaster.

“I was always drawn to guitar music, and guitar players especially like Marc Bolan, Jimi Hendrix, were the people that initially got me thinking about learning how to play the instrument. I was also really into the idea of space and the solar system, just like Bowie was, and I wanted to write an album that was a little bit conceptual, one that documented someone who was so into this space race and use that as the overriding metaphor, the aspiration of going to space. I have been itching to get the record out, I think I managed to hit a sweet spot on it, somewhere close to the balance of simplicity and complexity that I love on both Bowie records and on T. Rex records.”

One thing that united these heroes – from Bowie and Bolan to Hendrix and Phil Manzanera – is ambition, and it’s clearly something that McKenna shares.

“I want a number one!” he exclaims when we ask what his next step will be. “I’m gonna give it my best shot. Maybe this is the album that is going to inspire the next big innovators to do something that we are not expecting. There’s a lot of people picking up guitars and learning guitars at this time, and I just want to keep giving new life to the instrument!”

Zeros is out on September 4 via Columbia Records.