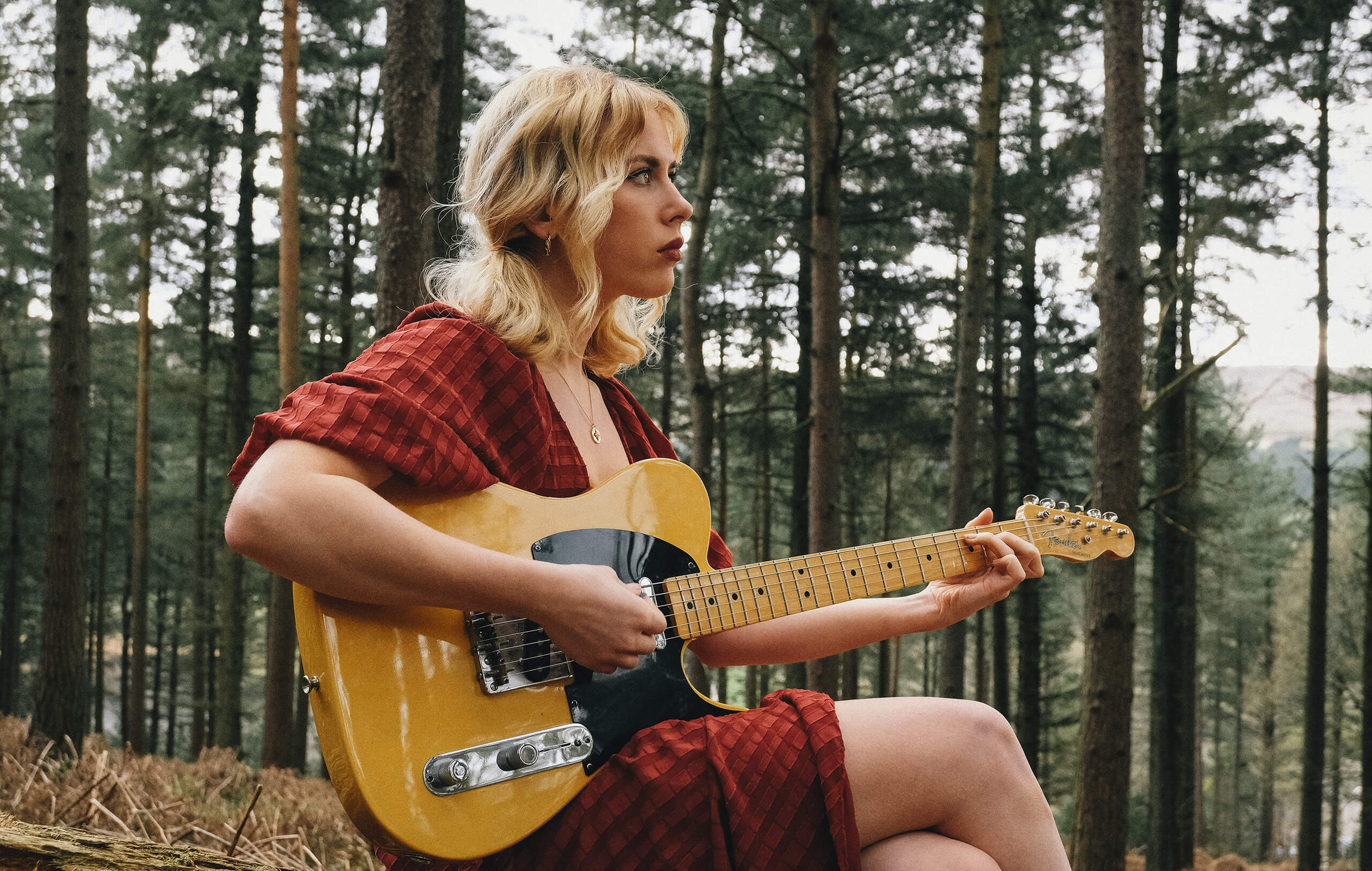 Introducing… Holly Macve, the country artist with a widescreen vision on her “coming-of-age” sophomore album

Galway-born singer and guitarist Holly Macve on the “bigger and more expansive” sound of Not The Girl, the hand-built guitar that feels like home and writing her third album before her second has even been released.

Four years ago, Holly Macve’s debut album introduced a breathtaking talent with a soaring voice that evoked the talismanic figures of America’s storied country music past. It was an assured opening release, yet the Galway-born, Yorkshire-raised singer had grander plans for the follow-up to the sparse, dark-hued Golden Eagle. “I had this vision, where I wanted it to be bigger and more expansive and have this dreamy quality,” she says.

Not The Girl is a fearless realisation of that vision, a lavishly woven album that witnesses an emerging star undertaking a voyage of self-discovery after clocking up thousands of road miles. Sonically in a different world to its predecessor, it’s the 21-year-old’s coming-of-age record. It’s fitting, therefore, that it was written and recorded using a guitar made by Macve’s stepfather, and gifted to her as a 16th birthday present. Ever since that landmark occasion, Macve’s hand-built Jones acoustic has accompanied her meteoric rise, travelling around the globe by her side and featuring as the primary instrument on both of her albums. Other than a white Fender Jaguar she picked up in Brighton, the Jones is pretty much the only guitar Macve plays.

“It’s based on a 1950s Martin, somewhere between a parlour and a full-sized guitar, which is perfect for me,” the singer tells us. “I take it everywhere with me, it’s a really full-sounding guitar. It’s just beautiful and a little piece of home.”

“We had guitars all over our house. It was a very natural thing for me to go to an instrument, pick it up and play”

Macve’s childhood home was filled with music. Her mother’s deep love of blues meant access to a record collection starring the likes of Big Bill Broonzy and Muddy Waters, while her stepfather’s flair for luthiery meant there was always a spare six-string to hand as a young Holly found her own musical path.

“We had guitars all over our house, I couldn’t really escape them,” she says. “There were half-made guitars lying around everywhere. It was a very natural thing for me to go to an instrument, pick it up and play it. I don’t remember the first time it happened, but they were always around the house. I probably learnt my first proper tune when I was 10 or 11.”

Discovering Gillian Welch’s Time (The Revelator) album was a pivotal moment, and soon Macve was delving deep into the back catalogues of Joni Mitchell and Nick Drake as she developed her own playing style.

“At that age, I saw the guitar more as a tool for my songwriting,” she explains. “I was experimenting a lot with open tunings. For some reason, playing that way feels more comfortable for me than playing in standard tunings, I was never formally trained and it just feels easier to make nice sounds in open tunings.”

Moving south to Brighton at 18, it wasn’t long before Macve was discovered singing in a café by Simon Raymonde, founder of indie label Bella Union. Struck by her obvious talent, he released Golden Eagle, produced by Paul Gregory of Macve’s new labelmates Lanterns On The Lake, when she was 21. The album’s noir storytelling captured stirring evocations of heartbreak and redemption delivered with that devastatingly emotive voice, which drew comparisons to Tammy Wynette and Patsy Cline. Powerful, vulnerable and rich with vibrato, it stirred images of both the Appalachian slopes and the Mississippi Delta and earned the album effusive reviews. Four years on, she’s proud of what that record achieved, but determined to stride forwards with its successor.

“I’m really grateful for all the things it brought me,” she says. “It allowed me to travel around the world, explore and watch loads of music. I did a lot of support slots, which meant I was exposed to loads of music I wouldn’t have been otherwise. That was a really important part of the journey of this record. My first album was very much just about the songs and the lyrics, and that’s still the case when I’m writing on my acoustic, but I wanted to explore things sonically much more.”

Resolving to return with a statement sophomore release meant taking her time, juggling a part-time job with extensive touring. Support slots for John Grant and Ryley Walker and a solo trip across America were life-affirming episodes that informed the new album’s broader horizons. “I really loved that experience,” she enthuses, “it was really, really special. I’ve got a romantic idea of America and getting to drive through the country was amazing. I was doing a lot of touring completely alone, and some of it was quite lonely. I was playing so many songs on my own that it started to feel like Groundhog Day.” 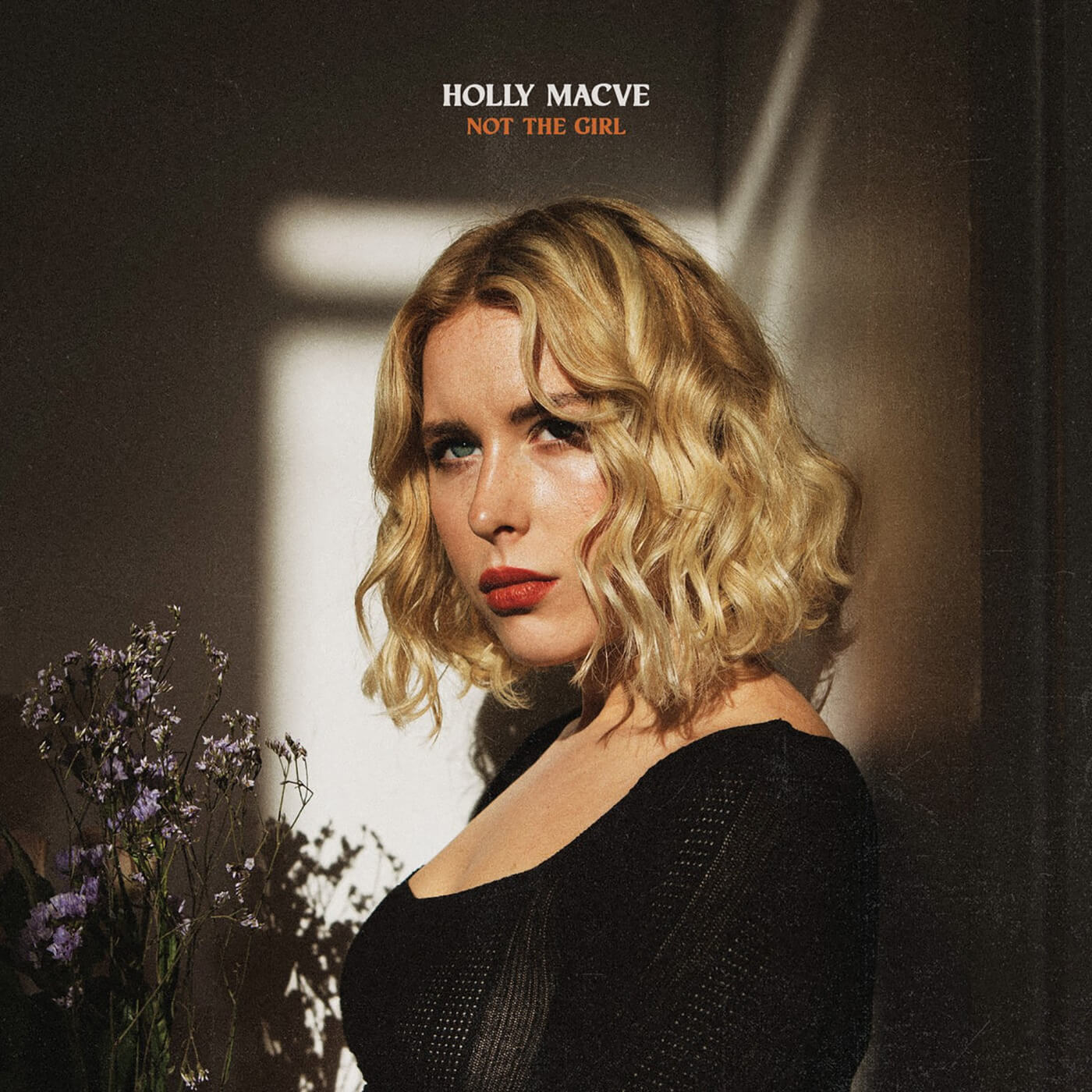 Back in the UK, she joined Mercury Rev and Royal Northern Sinfonia for a handful of guest vocal performances that, she says, only furthered her interest in cinematic arrangements. “Hearing your voice amongst all those instruments is a really cool experience. It made me want to explore a bigger sound.”

As ideas for Not The Girl began to germinate, Nancy Sinatra and Lee Hazlewood’s 1968 collaborative album Nancy And Lee became a sonic reference point, alongside records by The Shangri-Las, John Lennon, PJ Harvey, John Cale, Linda Ronstadt and compositional genius John Barry. Macve got behind the desk, too, co-producing everything with band member Max Kinghorn-Mills, while the fact that Not The Girl was mixed by Collin Dupuis, who worked on Lana Del Rey’s Ultraviolence album, is significant. 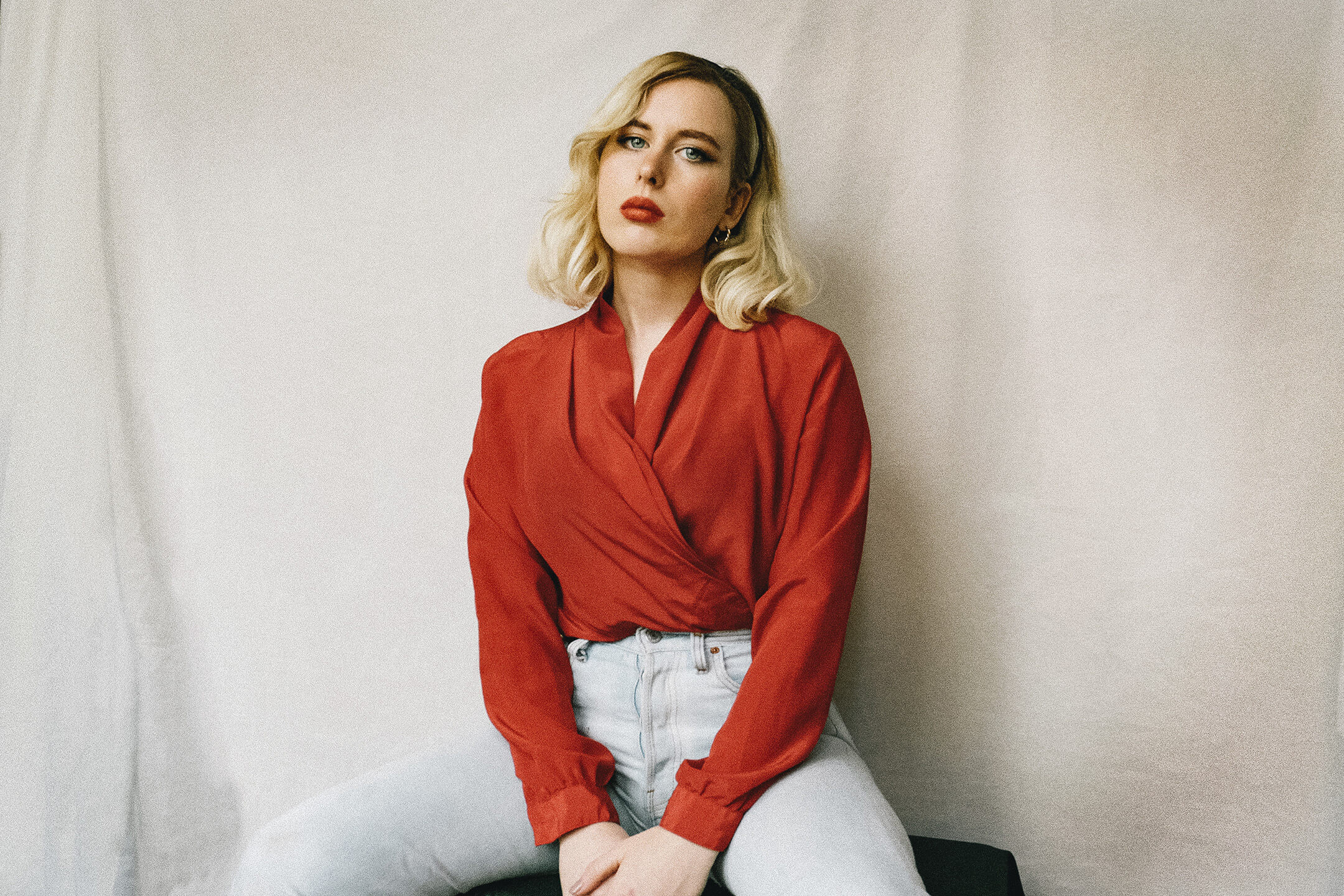 “The writing wasn’t really a struggle, I had quite a big vision in my head about how I wanted the songs to sound, the difficult part was getting them to the point where I felt they sounded right,” she admits. “I didn’t want to release them until they were. I feel that now, it’s become what I wanted, what I had in my head.”

From the sweeping self-empowerment of opener Bird, Not The Girl feels like an immersive dream. Standout single Eye Of The Storm, inspired by Sylvia Plath, unfurls from a lonely piano opening to become a graceful orchestral ballad with the subtlest of electric guitar adornments, while a classic Motown drum pattern and driving piano stabs underpin Daddy’s Gone, Macve exploring the death of her biological father. The slow-waltzing Little Lonely Heart’s stately strings bring a majestic air as Macve laments “I’m as bad as you want me to be” and on Behind The Flowers she indulges a long-held interest in murder ballads, prompted by a dusty volume she picked up on tour in Denton, Texas.

“It’s about a girl who kills her father after withstanding abuse her whole life,” she explains. “I find murder ballads fascinating and a lot of them were true stories, often about women and that’s the awful thing, the woman was pretty much always the victim.”

“It’s all about developing myself and finding new sounds. I don’t want to shy away from doing something different”

“He’s so amazing,” says Macve. “I was researching a lot of pedal steel players and he really stuck out, he’s got the most perfect way of playing, it’s really emotional. It’s sort of like a voice in that way, really beautiful.”

Perhaps most integral, though, were the contributions of Bill Ryder-Jones to a handful of tracks, the former Coral guitarist and acclaimed solo artist teasing sparing decorative flourishes from his Jaguar. While his contributions largely flicker at the fringes, with Macve holding down the rhythm on her Jones, the Liverpudlian added a scorching slide solo to the sultry Mazzy Star-esque You Can Do Better and atmospherics that are both ghostly and grunge in origin on Sweet Marie, which tips its Stetson surprisingly towards The Velvet Underground.

“He’s a really great slide player,” says Macve. “He brought quite a lot of that dreamy cinematic sound to it. I started off working with him for this album and he was really important in the beginning part of the journey. He’s got a very laid-back feel, it’s just dreamy.” 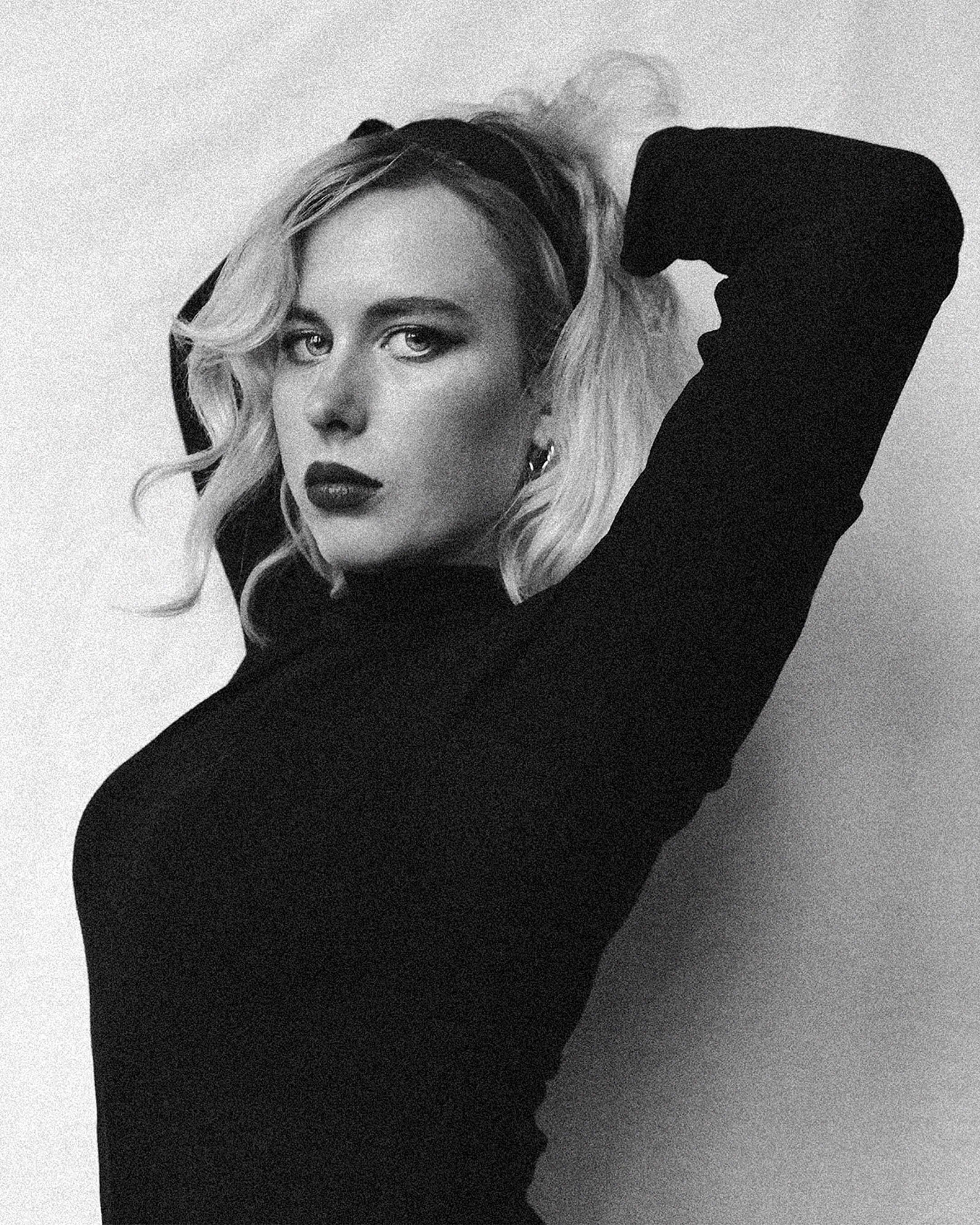 The sum total of this deeper, more considered sonic palette with its carefully selected cast of guest musicians is a boldly expressive and, at its heart, hopeful statement. Is it the sound of an artist stepping up and discovering herself?

“Yeah definitely,” replies Macve about as emphatically as her shy whisper allows. “That’s exactly what I feel, it’s a coming-of-age thing. I was very, very young when I wrote the first album, and this album was mainly written when I was in my early 20s, with that feeling of learning who I was. There’s still a lot of uncertainty in songs like Who Am I, but on the whole it’s me feeling I’m learning about myself.”

Admirably, having arrived at this ambitiously realised sound after four years of soul-searching, Macve is not planning to stand still. She reveals she’s channelled the frustration of being unable to tour for over a year into writing her third album, and she’s confident it’ll have a distinct identity of its own. 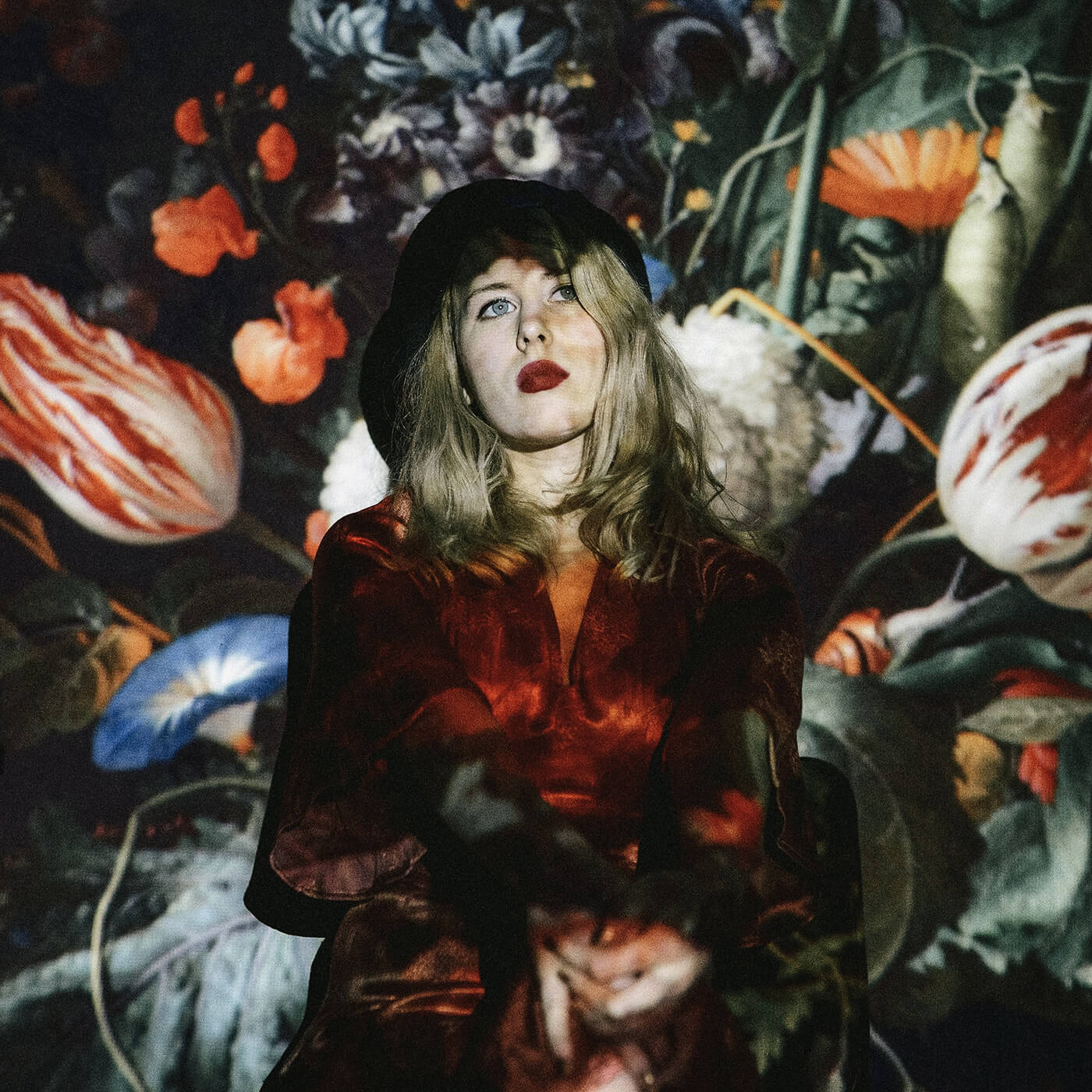 “I’ve nearly finished writing it, which I’m very excited about,” she reports. “It’s all about developing myself and finding new sounds. I don’t want to shy away from doing something different. The artists I like most are those that are brave in that way, and want to explore new things, so I think it will be different.

“I’d love not to spend as long on this record, hopefully I can release it maybe next year, possibly the year after, but we’ll see…”

Not The Girl is out 14 May on Modern Sky.