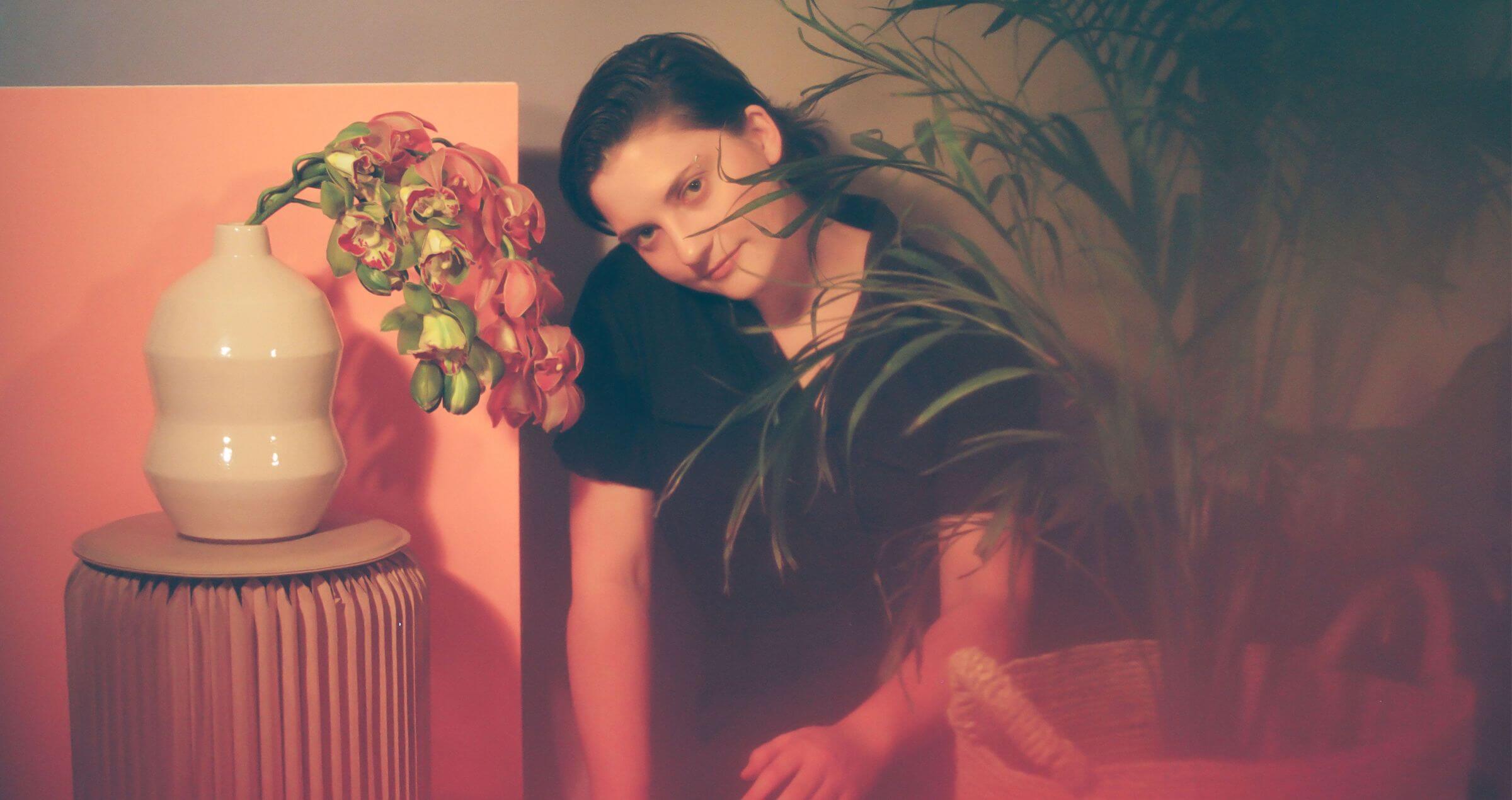 The Epitaph-signed guitarist on how music helped them on their quest to understand themselves, how taking their time is the best route to creative success, and why it all starts with their trusty old Stratocaster.

Of late, Rosie Tucker has taken to telling a story about an electric fence. As a curious kid roaming the outer reaches of their grandparents’ farm in Illinois, they (Rosie uses they/them pronouns) stuck their hand out and grabbed the wire, letting the cards fall where they may. “It strikes like god and it burns like meat, like the current in the fence in the singular heat,” they sing on Barbara Ann, the opener from their recent LP Sucker Supreme.

Named for their grandmother, it’s a song about industrial food production that walks in step with ideas of sweetness and grit, maternal fortitude, and queer self-discovery. In this landscape the fence is shorthand for Tucker’s desire to understand themselves better, to foster experiences that were entirely their own and existed outside of the rigours of a religious upbringing. Eventually, this undertaking led them to music: first radio staples, then band geek stuff, later Au Revoir Simone, Vivian Girls, and Anaïs Mitchell on the way to assembling the searching indie-rock that has made them an underground darling.

“As a small child, not knowing how songs are written, I would replace all of the words that I heard on the radio, and I just assumed that’s how songs got created,” they say over Zoom from Los Angeles. “I’ve been singing and trying to build that world for myself for a long time. I had parents who were super supportive of all the music-making. They’re not artistic themselves but I got to have lessons and I went to schools that had bands.

“I think music is a huge part of that internal world. I’m also a music teacher and, for kids, I think that being able to access abstract expression is a lifeline. When we’re small we don’t have all of the language or even an understanding of some of the ways life is unjust, or difficult. Sometimes you look back and you’ve gained understanding, like ‘that wasn’t unjust at all, I was just young’. But sometimes you look back and go, ‘I wasn’t being treated fairly as a child.’ I think having access to creativity that doesn’t require explanation is useful and important.”

Sucker Supreme is a lush, assured record driven by Tucker’s scything melodies and indie-rock-literate guitar work split with touring bandmate Jess Kallen. Released by punk heavyweight Epitaph, it sets aside some of the scrappiness of Tucker’s earlier work without losing its grip on the off-kilter charm and multisyllabic idiosyncrasies of their best hooks.

“Continuing to work with a lot of the same people was a big deal to us,” Tucker admits, noting the contributions of drummer Jessy Reed and producer-bassist Wolfy, who also contributed guitar lines during the writing process.

“For this record we did the drums in a studio, but that was it, and the last record we did some of the recording in the studio that Wolfy works in. Having a producer who’s also a capable engineer makes it so that we can have this really small crew. I think that also allowing creative relationships to last longer [plays a role]. Some people really like to collaborate quickly, or with multiple people. I think that’s very cool, but I’m kind of a slow guy. I think allowing creative relationships to blossom over time means that you’re figuring out less stuff from record to record. You’ve already learned about each other’s styles, in a way. That enabled us to aim a little higher this time.”

“I think the whole goal was to make something bold,” they add. “I feel like I’m trying to write good songs, but a good song can be beautiful if it’s simple, but it can also be boring. I don’t want to ever worry too much about offending anybody’s genre sensibilities, because life is just too short to make one kind of music over and over.” 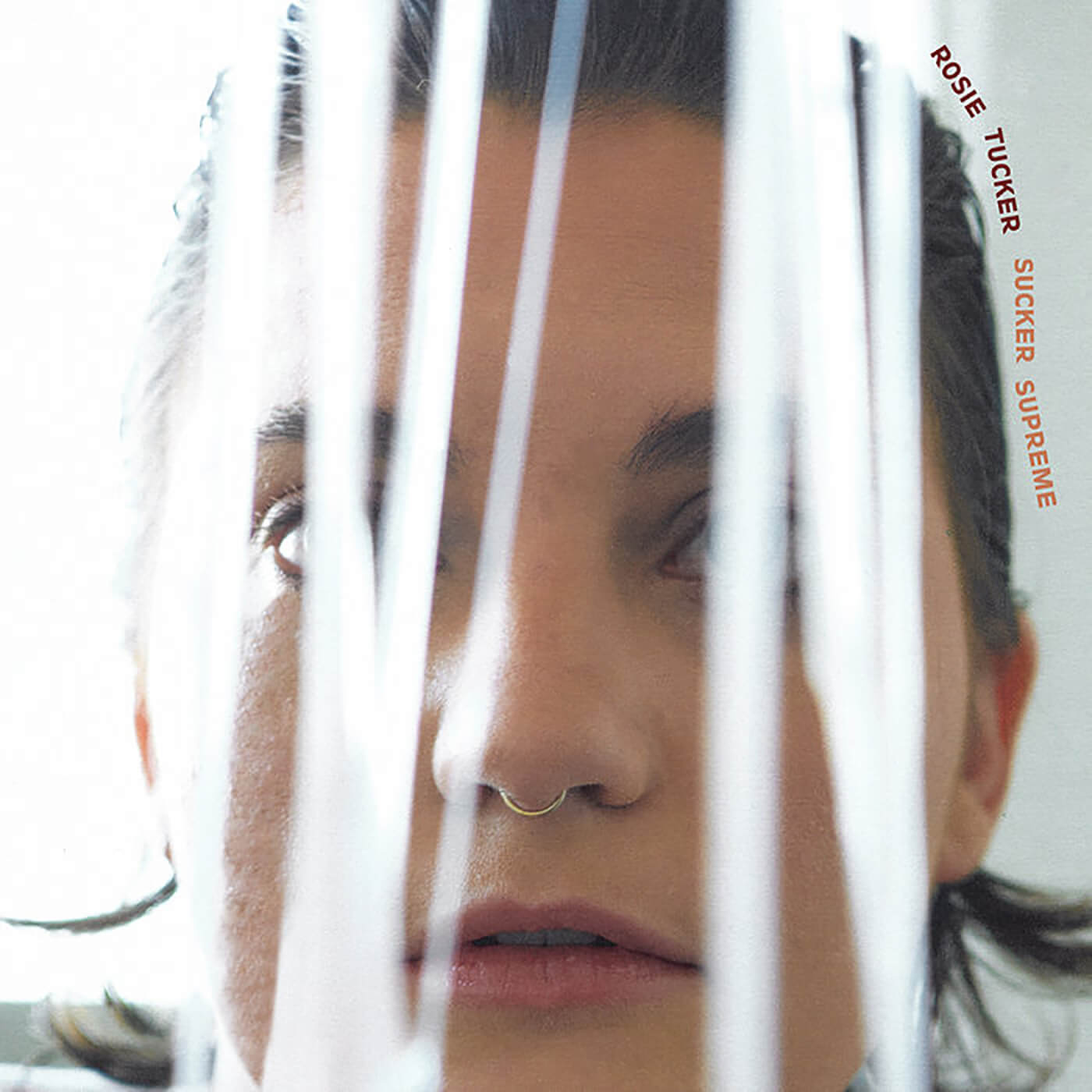 From the bummer-pop of Habanero segueing into the Jawbox-esque chug of Different Animals through to the righteous rough and tumble power chords of For Sale: Ford Pinto, Tucker and Kallen cover a lot of ground together. This dynamic appears to have roots in both creative chemistry and also Tucker’s piecemeal writing style: they are a slow guy outside the studio too and songs tend to land when they’re ready.

“As I get older, I’m continually facing this problem: once you write a song you have to write another song,” they say.

“It takes me a long time to write songs, and internally I am very attached to those times when the song just comes out. But with the song Ambrosia, I think I had a piece of it for six months and then wrote another piece, and then another few months went by and I pasted them together and went, ‘I guess this is a song.’ I think it takes a long time to get a little bit of stuff because I think songs need to be concise, or else what’s the point? That’s what’s so magical about them. They’re almost like little mechanisms, like little wind up toys or something, where the melody and lyrics have to come together.”

By way of contrast, Tucker’s setup is road-tested and simple. It’s designed to work anywhere, any time with minimal fuss: Strat, Hot Rod and a handful of pedals. “I have a Z.Vex distortion, a Boss Super Chorus and a Boss RV-6 reverb, I think that’s everything,” they say. “Nothing particularly sexy. I finally found out how to dial in the tone I want, and it only takes a couple of pedals, a nice amp, and a very nice guitar. The simplicity, for me, has been useful in terms of finally accessing a sound where I can actually get it in any room I’m in.”

Tucker’s Strat has been on the scene since they were 16 or so. “My philosophy was always that I had to learn how to make it sound good before I could buy another guitar,” they say. “There’s nothing wrong with having a bunch of gear but I think not everybody who says that they’re a gearhead really has any idea what it’s doing for them beyond the enjoyment of swapping things out, which again is totally fine if you’re not being a jerk. There’s no wrong way to enjoy your music. But I have the Strat, one acoustic with steel strings, one with nylon strings, and then a really cool older Fender Mustang bass. That’s it.” 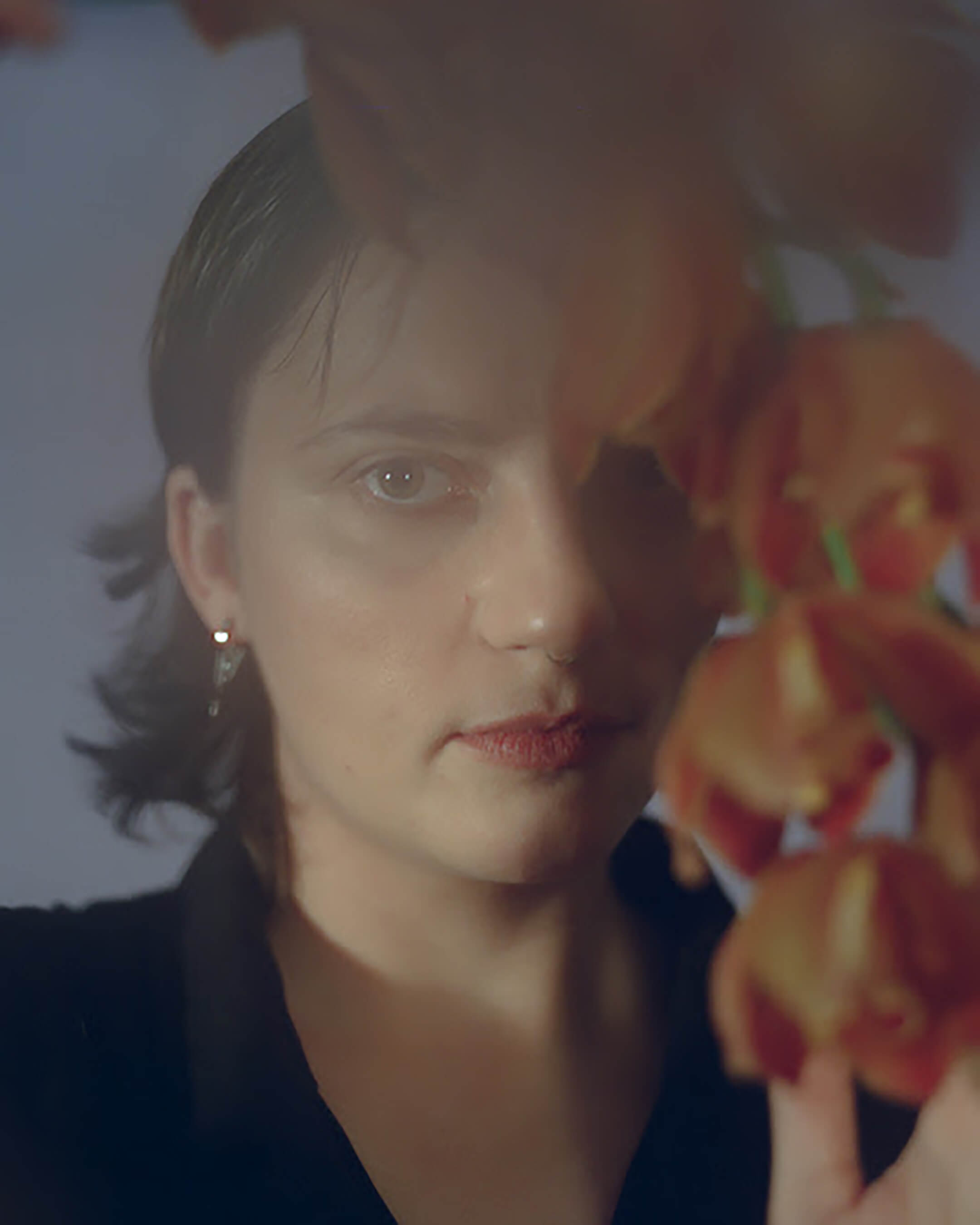 Band on the run

Tucker is one of those people who always wanted to be in a band: the songs were one thing, but the band was something else. They began playing guitar when they were 14, taking lessons with a teacher who had some sound foot-in-the-door advice that still informs their approach today.

“She said, ‘Well, no one wants to play bass, so if you play bass you’ll be in a band.’ I told some people I played bass, and then I was in a band,” Tucker says with a smile. “For a long time I had that duel where I was playing guitar by myself and learning songs, and then playing bass with other people. I think that’s a nice perspective on arranging and band music – you learn a lot from playing bass. You work to integrate all the parts of a rock band together, and to not be in the way too much.”

Tucker’s music is quite clearly descended from this early education – these songs are proper songs, no loose threads or empty digressions – but there is also an unfussy, celebratory energy that might be traced back to the release they found once they had cinched a bass at their waist and started off in the direction of bouncing their ideas, and desire to make a noise of their own, off like-minded people.

That joy, though, can only take you so far, and it needs to be tamed. This sense of friction has an alchemical role in Tucker’s songs, with graft and spontaneous excitement always seeking the upper hand.

“Before I went to music school I was in a rock band that was way, way out in the suburbs,” they say. “There was no scene around it but it was hugely important to me as a person. I didn’t have this outlet in my school, or whatever, so there was that feeling of, ‘I have something cool going on that other people don’t even know about’. I was like, ‘Maybe here I feel really uncomfortable and I’m not having a good time, but actually I’ve got something pretty cool happening over there.’

“I think the band was more important [than songwriting] for sustaining me as a person, as an unhappy teenager, but there’s a Mahler quote that’s like, ‘I’m hitting my head against the wall and the wall is giving way’. I feel like songwriting is just successive walls. You break through one and then this one’s a little thicker, and this one’s a little thicker. One time I told that to an improv jazz musician and he was like, ‘Why are you making it so hard on yourself?’”

Rosie Tucker’s Sucker Supreme is out now through Epitaph.