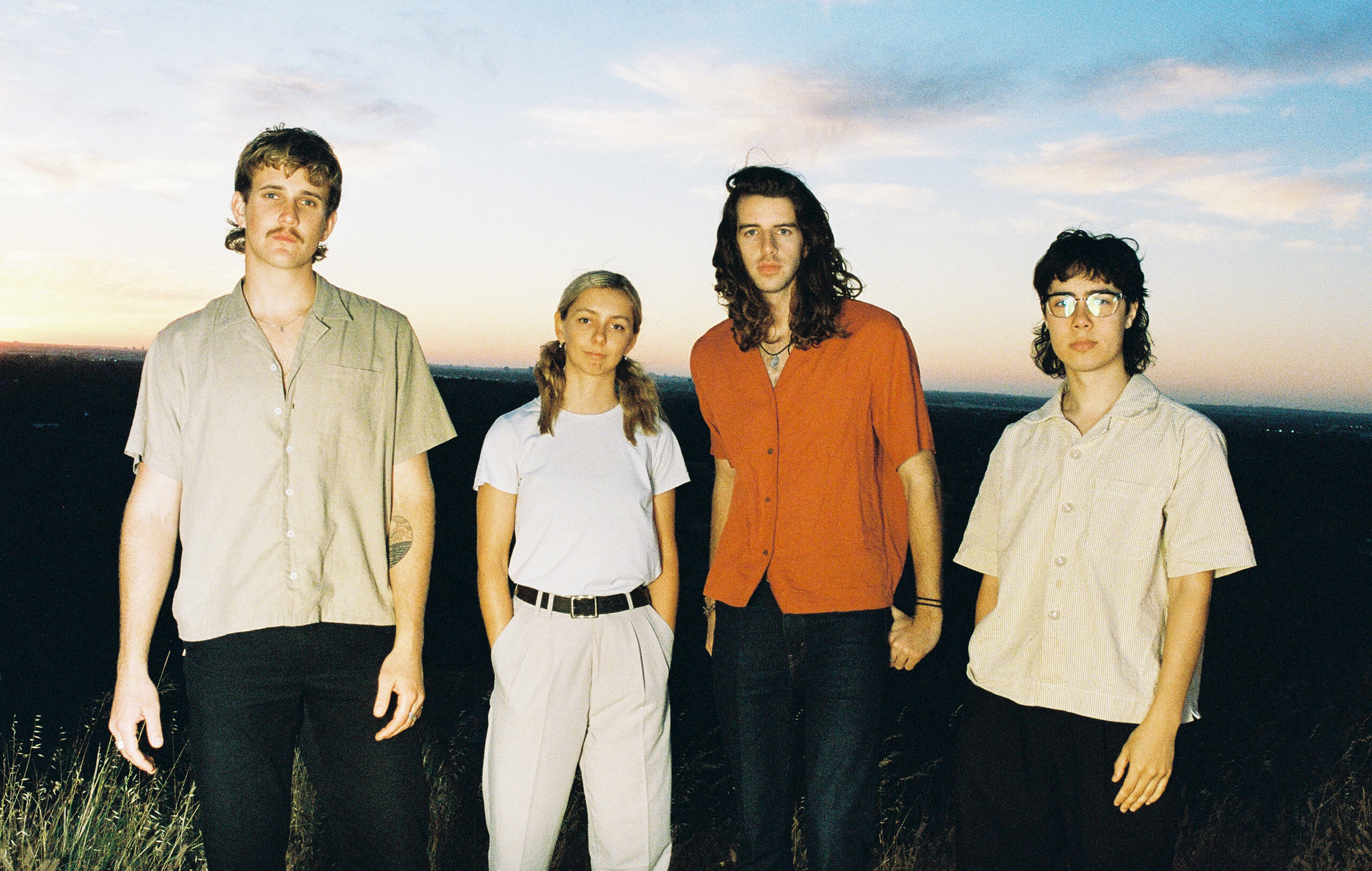 Lead guitarist Ashton Hardman-Le Cornu on the band’s second album, the magic of playing live, and how music can help people through hardship.

Many big bands and artists have resurfaced with shiny new records post-pandemic. But what about the small bands? What happens when you take away live music from artists who are just getting started? Well, thanks to modern music streaming and the vinyl revival, plenty of them managed just fine.

That’s certainly the case for Spacey Jane. The Perth-based indie quartet recently released their sophomore album Here Comes Everybody, written during Australia’s ceaseless lockdowns. It’s time capsule of a lonely summer spent cooped up indoors, with all the time in the world to reminisce on friendships, love, loss and life.

Back in June 2020, the band were due to tour the UK in 100-200 capacity venues on the back of their debut album Sunlight. When they finally got to tour it just under two years later in April 2022 after covid restrictions eased, they found themselves facing 500- to 1,500-strong crowds instead. At a time when we were all searching for our new favourites bands, Spacey Jane’s music was growing in the underswell.

“It was amazing, we were just ecstatic,” lead guitarist Ashton Hardman-Le Cornu tells us. “None of us had been to the UK before so to be completely in new places and have people singing along to the songs and the guitar riffs, it was incredible. We felt so welcomed. I’m excited to come back later this year hopefully.”

The band, rounded out by Caleb Harper, Kieran Lama and Peppa Lane, currently sits at more than one million monthly listeners on Spotify. New record Here Comes Everybody features their trademark beachy sound but this time it’s more mature. “It was maybe two weeks or so following the release of the first [album] when we were like, ‘Shit, we need to do it again’, so we were kind of writing it right out the gates,” Hardman-Le Cornu says. “I had a chance to try a whole lot of different tones and sounds that maybe we would have stayed away from before. I think it leans a little in the softer direction than the last record – we’re a bit more grown up now.”

Although Spacey Jane’s two albums and three EPs sit well with your typical indie fans, the band’s discography to date also boasts a fresh, bittersweet edge that should appeal to those outside the genre too. “We try to do things differently,” Hardman Le-Cornu says. “I often find that if it sounds weird, we usually like it. We try not to have too many bluesy riffs or anything – as much as I love that stuff, it’s already been done.” 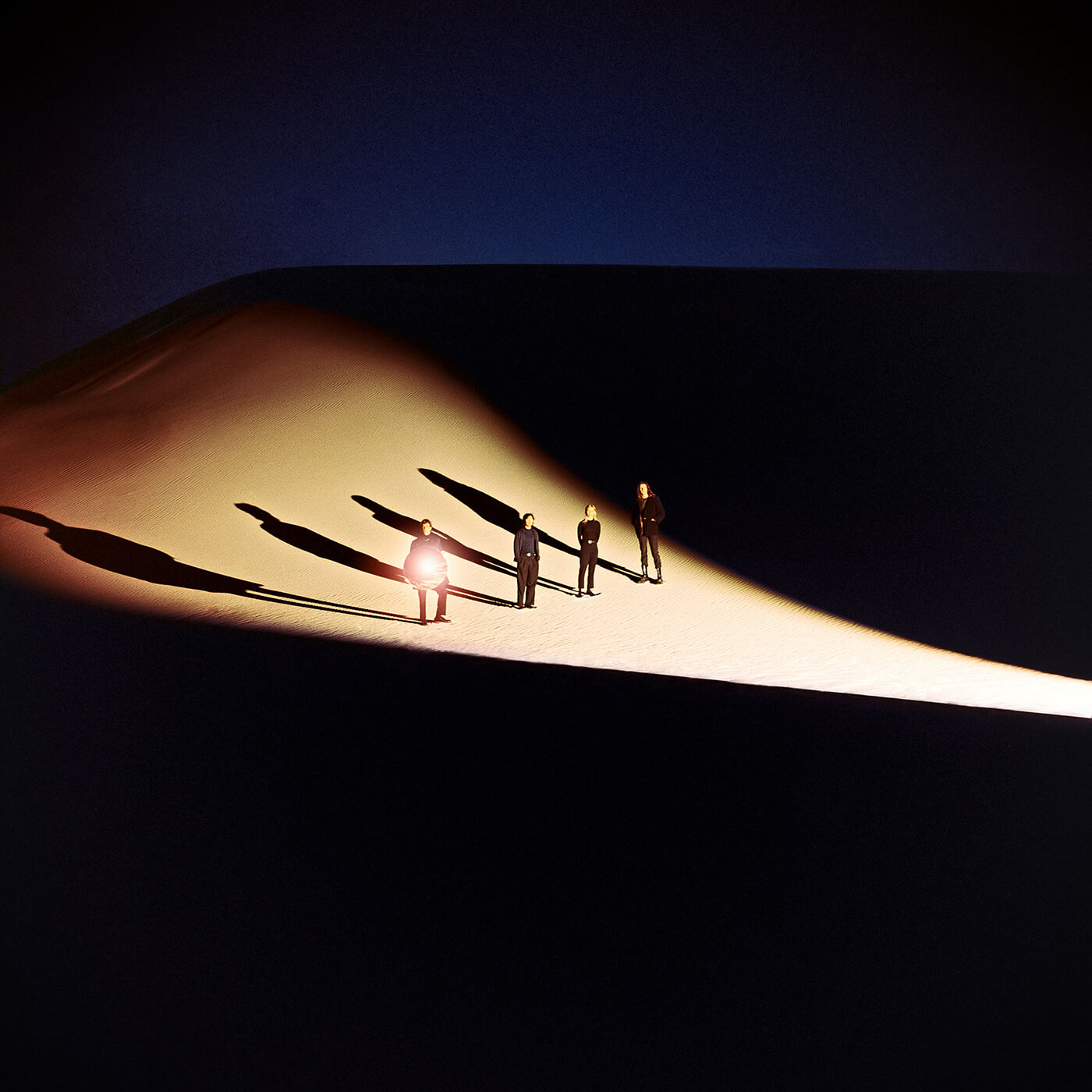 When it comes to the band’s playing styles and approach to sound, they’re still working things out. But, having been making music together since university, they already have a solid routine for how things come together.

“Caleb and I have a unique relationship guitar-wise. Our tones are very different, and I think that’s something that’s helped us. Our style of playing is different too: he’s a lot more rounder with jangly-sounding tones, and I have a bit of an edgy tone. There’s something great that happens when we play together, and that’s always been the way it’s worked between us, but we’re still figuring it out.”

Since Spacey Jone have been back on the road post-lockdowns, they’ve made some changes to their gear to keep things streamlined. “It’s a lot easier if you rock up somewhere and with your Kemper sim and you know it’s gonna sound the same no matter where you go,” Hardman Le-Cornu says, “whereas with renting in different cities, you get these rinky-dink amps where you don’t know if it’s gonna sound the same or break halfway through.

“We went crazy making up tones and effects. I’ve always used multi effects but for the last two years I’ve used a Line 6 Helix pedalboard. There’s something about playing live with the fluidity of switching tone without fiddling to get the right sort of things. I think a lot of old gearheads, especially the old dudes you find in guitar shops with the ponytails, they’re really scared of digital-sounding things, but there’s a lot of good to be said about them.”

They may keep it simple when it comes to effects but Spacey Jane’s go-to guitars are much more expressive. “Caleb’s got a Rickenbacker 620 Midnight Blue,” Hardman Le-Cornu says. “It’s beautiful. I play a Fender Jag, a ’66. I’ve got a 12-string Fender Strat [that I used on] a couple of songs. I love playing 12-strings, especially acoustic, and I never had a chance to do that on a record before, so I got super-jangly with it.”

Over time, many players become known for their setups, and it’s usually a sign that their band is on to something big. “When we first played around Perth, I heard we were known as that band that had really nice guitars,” Hardman Le-Cornu says, with a chuckle. Not a bad reputation to earn, huh? 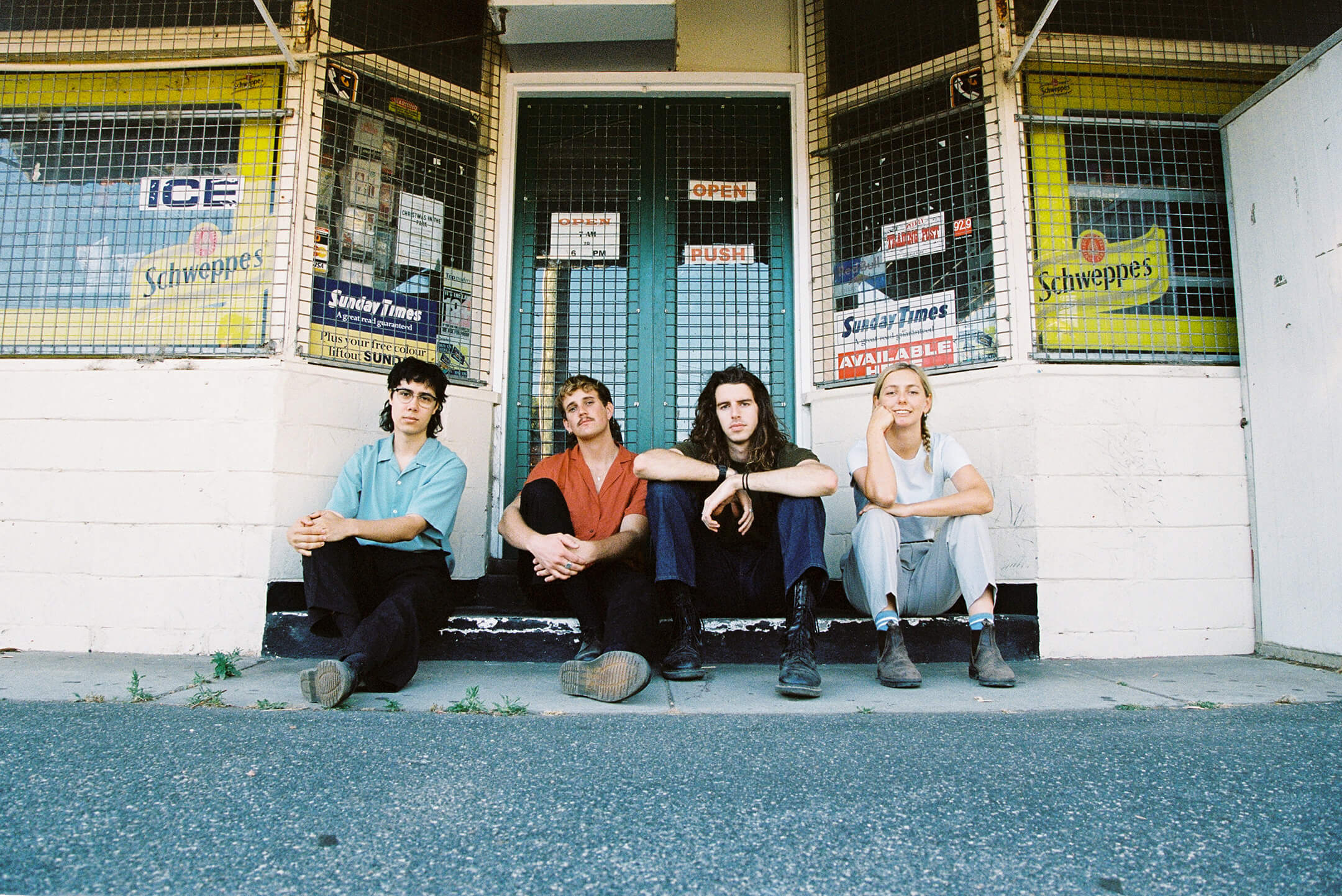 Despite their sun-kissed riffs, Spacey Jane aren’t an easy-listening act. Ever since Sunlight struck an emotive chord with millions of people in 2020, they’ve sought to stand for something more than just that summer aesthetic.

“People have told us they really connected with that record and it helped them get through that time. If we can help people get through tough times then that’s really special and really beautiful. Part of why we like playing live so much is connecting with [people] and gathering with everyone who’s been off listening to this music alone. It’s a really beautiful thing that we’re lucky to do.

“It’s hard to feel like what you do is important as a musician or artist when suddenly that stuff [live music] isn’t really anywhere anymore, and there’s more important things going on, but it’s taught us the value of what we do.”

As life goes on and gigs and festivals return across the world, Spacey Jane continue to blossom. “I’m really proud of us, says Hardman Le-Cornu says. “I’m excited to take the next steps as a band and define ourselves a little bit differently from the last record. I’ve realised as covid slowly dissipates that my life is gonna look a lot different than it has the last two years. I’m looking at the calendar and I’m not gonna be home all that much, so it’s gonna be a lot of touring and lots of new places. I’m very excited about this phase. We’re already thinking about the next record.”

As life goes on and gigs and festivals return across the world, Spacey Jane continue to blossom. “I’m excited to take the next steps as a band and define ourselves a little bit differently from the last record,” Hardman Le-Cornu says. “I’ve realised as Covid slowly dissipates that my life is gonna look a lot different than it has the last two years… We’re already thinking about the next record.” So what about the small bands? If Spacey Jane continue the way they are, they won’t be small for much longer.

Here Comes Everybody is out now via AWAL.