“It’s easy to get an ego, but I’ve chucked that in the bin”: Jake Bugg goes pop on new album Saturday Night, Sunday Morning

A decade into a career that ignited at lightning speed, Jake Bugg is determined to keep evolving. He tells us about his most commercial album yet, why his 1966 Strat is his No.1 guitar and what it was like working with Dan Auerbach, Rick Rubin and Noel Gallagher.

“It may be seen as a dirty word by some people, but the truth is we all love a good pop song,” begins Jake Bugg, explaining the inspiration behind his fifth album, Saturday Night, Sunday Morning. A striking departure 10 years into the Nottingham singer-songwriter’s career, it sees him embracing his love of the Bee Gees, ABBA and Supertramp, with the guitar often operating from the shadows. “I just feel like at the moment guitar solos seem a little traditional,” he continues. “I wasn’t big on having too many on this record.”

Fear not. While this is certainly Bugg’s pop record, co-created with heavyweight songwriters Andrew Watt and Ali Tamposi, famed for their work with Dua Lipa and Miley Cyrus, Bugg hasn’t turned his back on the instrument that shot him to fame as a teenager. It’s a case, he says, of serving the song. “I just wanted the guitars to complement the music, I wasn’t so keen on ‘there always needs to be a guitar on this’, I let the music tell me what to play. I love old, traditional pop melodies, and I wondered whether I could incorporate that into a modern sound and add a few dark undertones and psychedelic vibes.”

Announced by statement single All I Need, Bugg’s fifth album is a kaleidoscopic blend of EDM and pop beats, sparkling falsetto melodies, colourful synths and piano balladry, yet when he and Watt do play guitar, the parts are discerning and thoughtful. Witness the George Harrison-like lilting slide sounds on Scene or the beatific fingerpicking that drives reflective closer Hold Tight. That’s thanks in part to the array of beautiful vintage guitars at Bugg’s disposal – he is, he acknowledges, something of a gear head.

“I’ve had the pleasure of owning some very nice guitars. I’ve got a Patrick Eggle acoustic that was made for me out of a mahogany kitchen table. It’s served me well and still gets played all the time live. I picked up a Martin 000-15 from the 30s in Nashville, too.”

None of those guitars is Bugg’s most trusted live instrument, though. That honour is reserved for a 1966 Fender Strat acquired in Texas from Musicmakers, Austin, which eagle-eyed viewers may have identified during his performance of All I Need on The Graham Norton Show earlier this year.

“I absolutely love that guitar,” he enthuses. “It’s got the three-switch pickup, not the five, and it doesn’t have that generic Stratocaster glassy sound I find some of them have, it’s a bit more diverse. It’s black and you can see the white paint underneath, it’s got a rosewood fretboard… it’s just a brilliant guitar.” 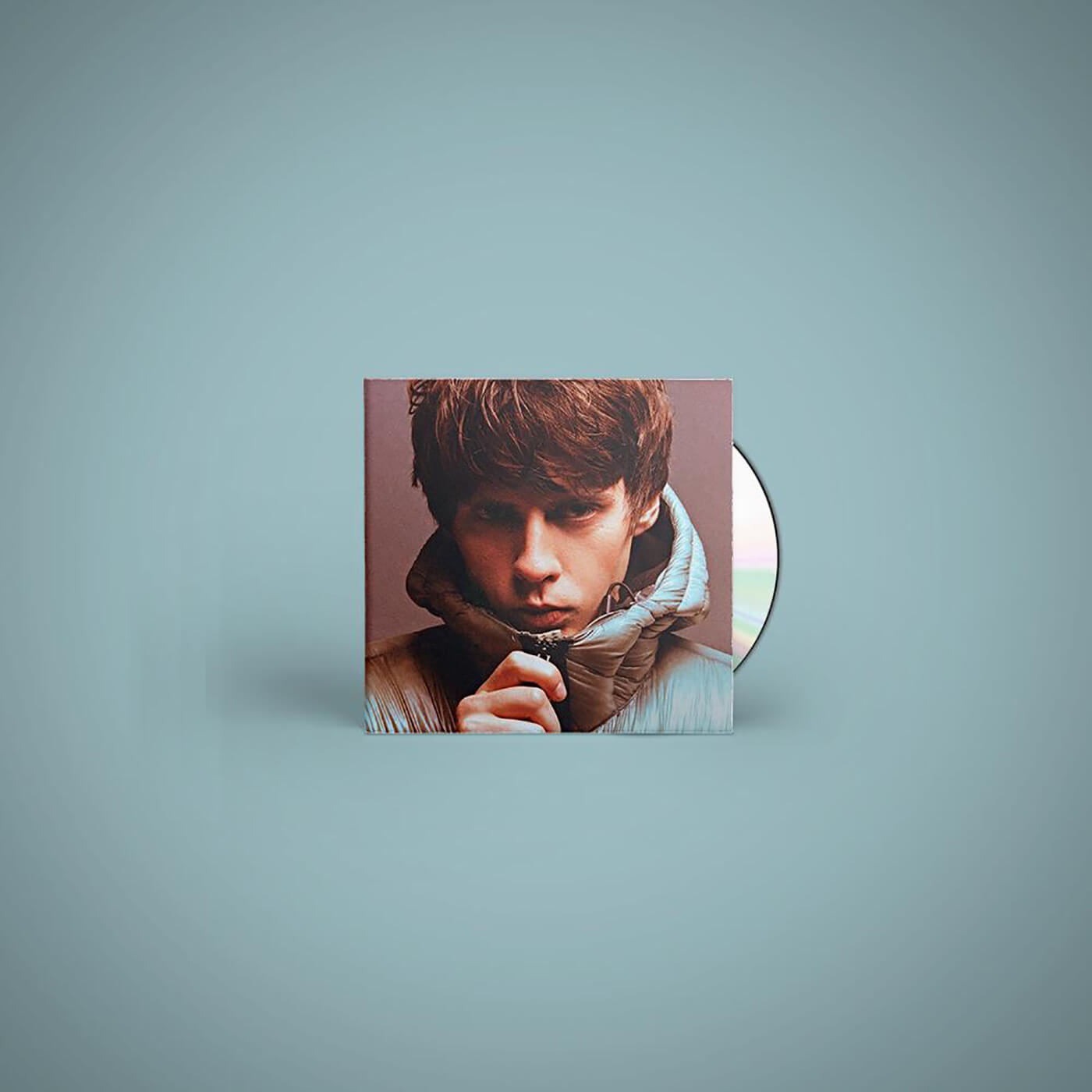 It’s been a full decade since Bugg emerged from Nottingham’s Clifton estate, drawing comparisons to Bob Dylan and Woody Guthrie. He first picked up a guitar at the age of 12, his uncle teaching him G and E minor chords on a three-quarter sized acoustic that Bugg’s manager now owns.

“I fell in love with it and couldn’t put it down from then,” he says with a broad smile. His own first guitars were a Squier acoustic and a Yamaha 150F. “The first players I loved were George Harrison, Neil Young, Cat Stevens, 60s and 70s folk and pop, but then it was Hendrix and Robert Johnson. Hearing Hendrix was very inspiring but also cut my confidence vastly.”

An underrated player with a thirst for learning, Bugg soon started developing an intricate fingerpicking technique. “It was a natural thing,” he says. “I was listening to a lot of folk, people like Don McLean and Donovan, and I was curious how they sounded like two guitars – bass and melody at the same time. I started fingerpicking at 13, very simply, and then learning more patterns and progressions as time went on. I’m starting to do a little more classical and bossa nova now, trying to use that third finger on the right hand a bit more.”

After playing Glastonbury at 16, Bugg’s debut album, co-written with Iain Archer and revealing a love of Merseybeat, pre-Beatles rock ’n’ roll and folk from both sides of the Atlantic, was a UK No 1, selling half a million copies. Surely, the speed of his success must have seemed surreal.

“I don’t mean it in an arrogant way, but at the time it didn’t,” he replies. “When you’re in that moment, you just pursue it like you feel you should, but when you have a bit of time to look back, it does feel surreal on reflection.”

“I think it was just the words that resonated with a lot of people,” Bugg explains of universal lyrics that articulated the reality of English working-class life. “I was surprised by how many people it was, I was singing about my personal experiences, and to put that in a live setting and people sing those words back as if they’re their own is an incredible feeling. I was a young working-class lad, there wasn’t a lot like it in the charts at the time, the charts were heavily pop.”

Bugg remembers writing the album’s shuffling breakthrough single, Lightning Bolt, as if it were yesterday. Released in 2012, it’s since been streamed 64 million times on Spotify.

“I was with Iain in his studio, playing his old 60s Guild. We’d already written a song that day, I was waiting for a taxi, and I started messing around singing about fried chicken or something, and he was like ‘actually that sounds pretty good’. We managed to whip down five verses before the taxi came. It took about 10 to 15 minutes, and I didn’t think anything of it. It’s only three chords, and I was like, ‘This just sounds like an old country-folk tune, no-one’s going to be into this’. Lo and behold…”

After releasing the Rick Rubin-produced Shangri La the following year, Bugg saw industry support dry up ahead of third album On My One in 2016. Hurt by the experience, he returned galvanised with Hearts That Strain, a more mature record made with David Ferguson, engineer on Johnny Cash’s American Recordings, and Dan Auerbach.

“Ferg was brilliant,” says Bugg, “an old legend and a great guy. Dan was brilliant, too. To have him in the studio and go to his place and write was incredible. He had some awesome guitars – an old Gibson Everly Brothers J-200, one of the signature ones. He’s a great writer and guitar player, who gets some incredible sounds. Subconsciously, you’re definitely learning a lot from those experiences.”

Touring with Noel Gallagher’s High Flying Birds in 2012 was another highlight, enabling Bugg to go direct to source with a tab question he’d been wrestling with for years.

“I’m sure he told me loads of things, but I was 18 and you don’t listen to anyone at that age,” he says with a laugh. “Me and my cousin, growing up, couldn’t figure out the passing chord in Don’t Look Back In Anger, from the G to the A, and every guitar book was wrong. I asked Noel and he came into my dressing room and showed me. It was an A♯ of some kind, and it was a load simpler than all the variations I’d been trying.”

Gallagher claimed he was “fucking heartbroken” when he discovered Bugg had worked with a co-writer on his debut, but Bugg doesn’t see why there should be a stigma around collaboration.

“It’s easy to get an ego, but in the last few years I’ve chucked that in the bin pretty much, it’s not healthy to your work. It’s important to be confident in what you do, but it’s ridiculous to think, ‘I’ve never heard of that person, so I’m not going to work with them’. I’ve been trying to work with as many people as possible, it’s been a great experience and I’ve made a lot of friends along the way.”

While Rubin impressed upon Bugg the unadulterated beauty of plugging a guitar straight into a cooking valve amp, he’s been indulging his interest in pedals during lockdown. His live setup sees a Boss Blues Driver, Way Huge Pork Loin, Wampler Faux Tape Echo and Electro-Harmonix Holy Grail feeding a pair of Fender Twins and a Marshall cab for “a bit of bottom end”.

He’s also been finding his way around the Boss SY-1000 synth pedal since writing the score for The Happiest Man In The World, a documentary about Brazilian footballer Ronaldinho, which saw him dabbling in bossa nova and samba guitar styles. As he asserts on All I Need (“I came to let you know, I left the pigeon hole”), it’s clear Jake Bugg is determined to keep pushing himself. Did he, though, have to silence any internal fears about alienating his existing audience when executing such a handbrake turn in his career?

“I think that’s natural, but you’ve just got to make records you believe in,” he answers. “The fans are very important to me, and I’ll always play the old stuff live, but when I made that first album, I didn’t have any fans to consider, and that’s a record they enjoy. I feel it’s a little unfair when people say ‘you’ve let me down’ or ‘go back to the old stuff’, because that’s not what being an artist is about, it’s about evolving and progressing.”

Jake Bugg closes his fifth album pondering “How will you remember me?”. He’s already ticked off a startling list of achievements, amassed a vintage collection to die for and is embarking on what he feels is the “second chapter” of his career, still three years shy of his 30th birthday. So, how would he like to be remembered as a guitarist?

“I think we’d all like to be known for our guitar capabilities, but I don’t feel like I’m someone who’s known for being a good guitar player or anything,” he says in typically self-deprecating fashion. “I try to do as much as I can in a live setting to make the songs sound full, I don’t like to be self-indulgent. I know a lot of people want to be remembered, but I don’t care too much about that, it’s the songs I want them to remember.”