The former Kyshera bandleader details the gruelling task of staying afloat on the road as an independent act in his debut book, Noise Damage – although it hasn’t deterred him yet. 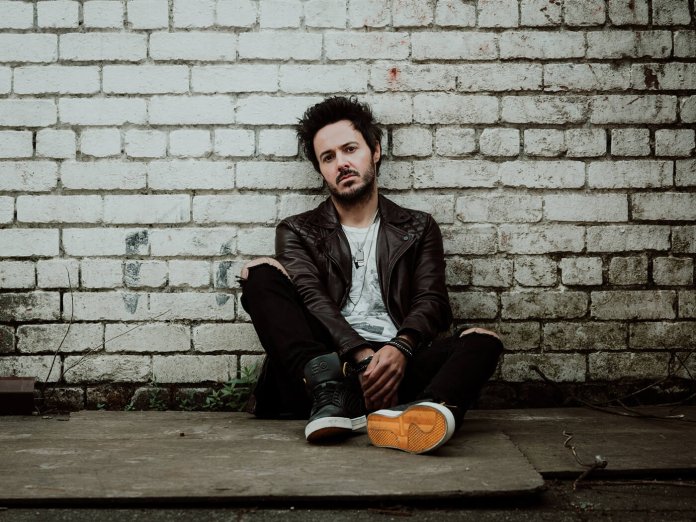 Since the beginning of last year, the global pandemic has brought into focus the hardships of life as a young musician. Both artists and journalists alike – including Tim Burgess, Graham Coxon, Nadine Shah and more – have become increasingly outspoken on how a lack of financial support from the government and poor royalties dished out by streaming platforms are hampering the development of unsigned artists and the grassroots music scene on a fatal level. However, James Kennedy, formerly of rock band Kyshera, has been feeling the pinch as an independent musician for the majority of his career.

Despite being headhunted at an early age by major labels and receiving critical acclaim from BBC Radio 1, amongst others, Kyshera’s journey towards their goal of sharing a pedestal with the good and great rock icons of yesteryear never fully materialised.

“I was in competition with Metallica. I wasn’t in competition with my mate’s band in the neighbouring village,” Kennedy admits. “Because I was the driving force behind everything, I was aware of every cog in the machine. Getting played on mainstream radio, magazine press, touring… Those wins were the exception to 90 per cent of our daily life, which was all the magazines that didn’t get back to us, the tours we didn’t get and all the people that did rip us off.”

Indeed, Kennedy’s depiction of life on the road is the antithesis of the immediate success stories that we most commonly hear. Noise Damage is a refreshing adaptation on the oft-tired rock memoirs of debauchery and the endless clichés that we’ve come to assume are part and parcel of being a touring rock act. “Everybody is still more interested in what Ozzy Osborne did last week rather than the much more interesting story of how musicians actually live in the real world, you know?

“Apart from the one per cent of bands that do have multi-platinum records and the major label deals, the majority of us don’t go anywhere, we just live in a van and struggle through line-up changes and living on pot noodles,” he says with a snigger.

Kennedy wrote the entire book over a period of just two months in early 2019, following the official demise of Kyshera in December of the previous year. The band hadn’t toured since 2015, and Kennedy also released a solo record, Home, during the band’s fallow years. If you’re a guitar player or musician reading this – and let’s face it, that’s highly likely – then you’ll find it easy to empathise with feeling jaded, or even heartbroken, when your beloved band finally calls it a day.

“When the band officially broke up it was like a moment of reflection for me. It was my life for the past 15 years, and it was intended to be my lifestyle for the rest of my life. I was in a state of reflection thinking ‘Who am I without this? What am I going to do?’” He reveals.

A keen bibliophile, Kennedy admits that his memoir began in a state of creative automation. His initial outpourings of nights spent sleeping in the back of a Ford Transit in rural France or dealing with suicidal managers over the phone acted as a form of personal therapy before he realised that he was unintentionally penning his own memoir.

“I’ve never had any ambition to write anything. I didn’t even when I sat down and started writing this. I wasn’t writing a book!” Kennedy declares, still surprised by the results himself. His brazen honesty regarding the creative process behind Noise Damage is refreshing and offers a much-needed mindset change around mental health in music, particularly amongst men who have previously hidden their emotions.

He admits, with no reserve, that the book is a direct reflection of his headspace during those tumultuous years, and “the effect that being in a band or being an artist, musician, freelancer or whatever has on your personal life and your mental and physical health. Thinking over all that stuff and putting it in a context was really therapeutic. I learned a lot about myself and my journey, and I became at peace with a lot of it, whereas before I carried a lot of aggro with resentment and regret.”

Released via Eye Books in October, since we spoke the book has been lapped up by those on both sides of the music industry, drawing critical acclaim, and sitting behind none other than Roger Daltrey as the second best-selling rock biography on the Amazon book charts. It was launched in the US in mid-January and has already beaten off the likes of Judas Priest, Elton John and Slash to race up the charts.

The success of Kennedy’s magnum opus is unsurprising, due to its ability to draw pity from the reader before immediately transitioning into an excerpt that could have been convincingly written by Brian Pern. It is this realism, coupled with humour, that Kennedy seems unable to avoid throughout, helped by his unrelenting obligation to name-and-shame those that have wronged him or his band, including himself.

“I can only be honest. The book is very honest about my own fuck ups and failings as well as that of the industry. I name everybody’s name for real. All the industry people that screwed us over, I name them by name in the book.”

Laid out in eye-opening detail, this autobiography is a journey through the skulduggery of the music industry and Kennedy’s hard-earned self-acceptance, all while dealing with the peaks and troughs of tenacious perseverance. It is a rejuvenating addition to the crowded shelves of rock autobiographies.

Despite the trials and tribulations discussed throughout Noise Damage, Kennedy remains undeterred in his musical pursuit. Naturally, he has written and released another album, titled Make Anger Great Again, with a renewed sense of clarity around his position in the musical landscape. But why?

“I wish I could say! I just don’t know,” he laughs. “It’s a drug. It’s in your blood. I’ve managed to not have a day job in a very long time, and I can’t see my life being any different now. When the desire to make an album comes, it’s simply something that I just have to do.”