The EBMM artist’s signature model is now available in a 6-string variant with custom electronics, versatile ergonomics and an exquisite buckeye-burl top 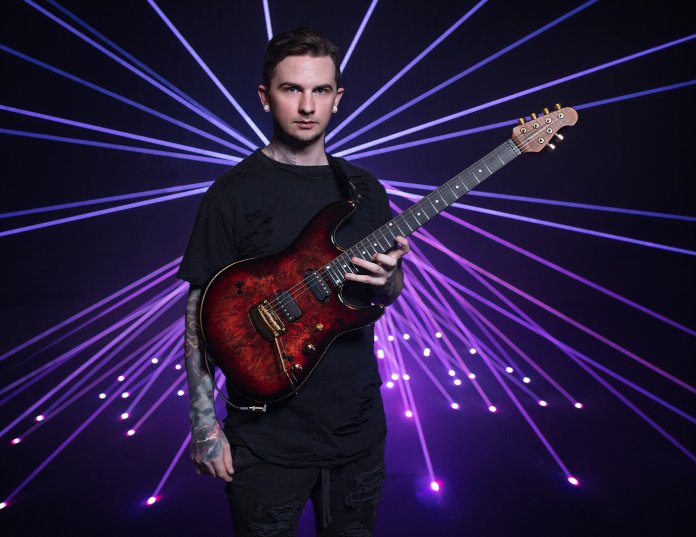 Widely regarded as one of the most innovative and impressive shred players in the industry today, Jason Richardson is also known for his prolonged relationship with Ernie Ball Music Man. His relationship began in conjunction with his first touring gig at the tender age of 17. “My relationship first started with EBMM when I joined All Shall Perish. I already had a Music Man JP7 when I joined, that I saved up for for a few years before that. Since the band was already endorsed by Ernie Ball for strings it was pretty easy for me to get in touch with the Music Man side of things,” he reveals. “I emailed Derek over at EBMM and I’ve grown to know a ton of awesome people over at the company, we’ve all been in touch ever since.”

Indeed, Richardson’s love affair with the San Luis Obispo company was due to his teenage devotion to another Music Man endorsee, none other than Dream Theater’s John Petrucci. Throughout his career, be it during his time with Born Of Osiris or one of his many session roles, Richardson has always found himself either utilising a JP7 or an instrument that’s taken direct influence from a Petrucci model.

When the time came to begin development on his own signature model, the Jason Richardson 7 String Cutlass, there was only one place to begin. “The biggest direct influence I can think of would most likely be the placement of the pickup switch. I played the JP guitars for so long before I got my own model that I can’t imagine the switch being anywhere else, because using it has been programmed into my muscle memory.”

Whilst retaining the body shape of the Cutlass and adhering to Petrucci’s development of pot and switch placement, Richardson has ensured that his own EBMM offering pushes on their unique design, offering a beautiful guitar that’s also familiar to those that have previously played Music Man models.

Playing to the crowd

Despite being one of the most revered proponents of seven-string playing, he’s also acutely aware of the need to offer a more streamlined, six-string variation for those that might be put off or daunted by taking on that extra low B. “More people play 6-string guitars and can be intimidated by 7s if that’s not their main deal or preference,” he concedes. “Even though 7-strings have the same strings as a six, it’s still great for players to be able to have this option since the guitar is so versatile for way more than just ‘metal.’”

More than just a lite version for those that were maybe scared by the 7-string variant, Richardson also sees his new model as a way to refresh his own playing. “I can also use the 6-string with All That Remains. I’m stoked to try and write some stuff with the six again because it forces you to think differently about guitar parts, considering you have different options in one spot compared to a 7. I haven’t really used a 6-string electric in a very long time so I can see it being a cool, creative change-up from my norm.”

If you’re a fan of Ernie Ball Music Man instruments – and if you’re reading this there’s a good chance you are – you’ll be all too aware of the brand’s penchant for sophisticated switching systems and user-friendly coil-tapping options and Jason Richardson’s new Cutlass is no exception. 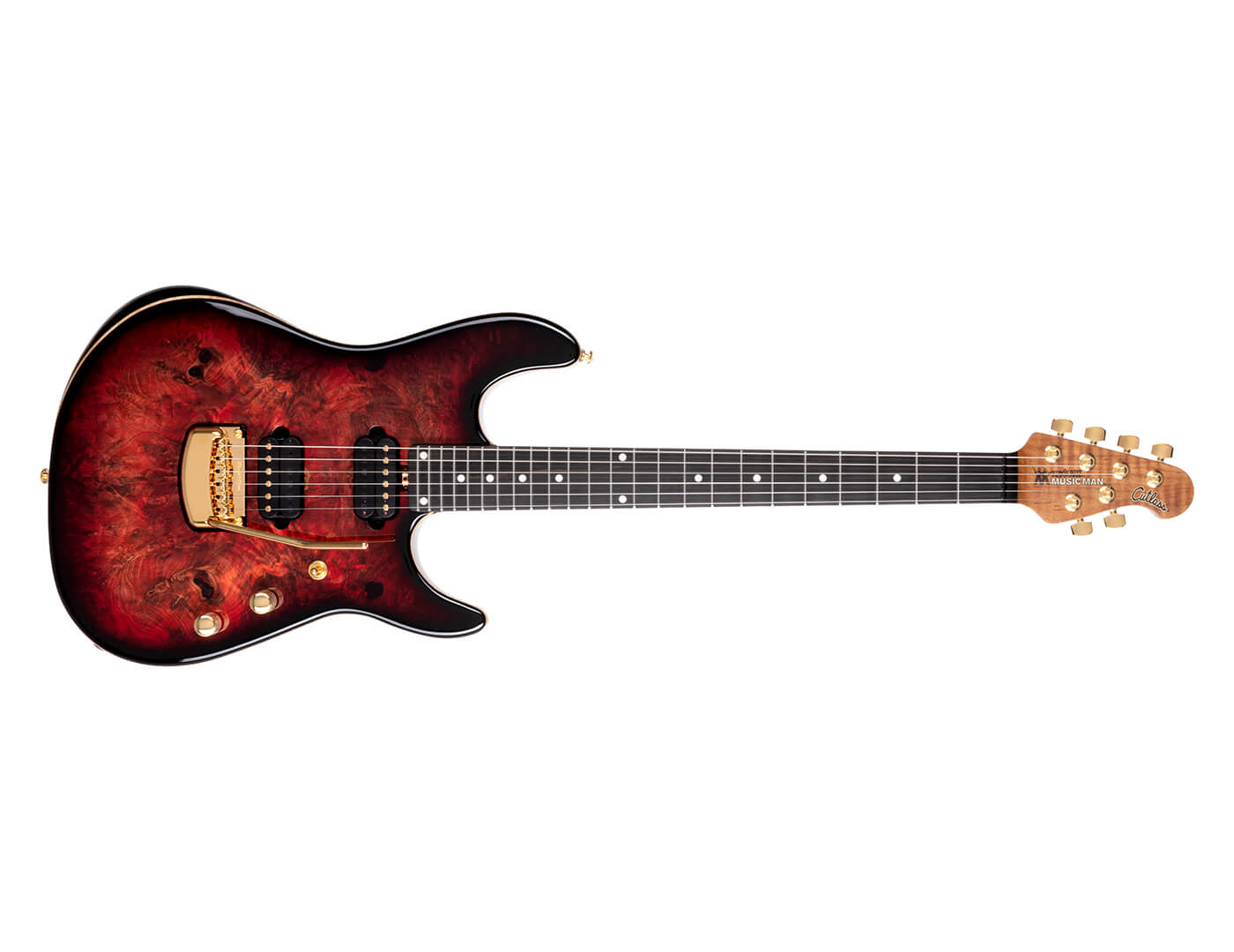 Aiming to combine both the SSS option on a standard Cutlass model with the HH variant found on John Petrucci’s signature guitars, Richardson called in the boffins at EBMM to help put the idea in place. “I wanted to make a quicker way to activate the coil tap option and eliminate the step that typically involves activating the push/pull pot on the tone knob. My initial idea was way more elaborate and the guys over at EBMM were able to figure out a more efficient way to implement it.

“With the push/pull tone knob down the guitar is in full humbucking mode. Switch down is bridge humbucker, switch up is neck humbucker and when the switch goes to the middle it’s automatically in coil tap mode. With the push/pull tone knob up, the guitar is in full single coil mode, so now with the switch down it’s only the very bottom bridge coil [that’s selected], switch up is only the very top neck coil, and the middle position is back to coil split again.”

Despite the simplified switching system, there was no need to redesign the 7-string’s proprietary custom pickups, they’ve simply been resized for the 6-string model. Efficient indeed.

Elsewhere, the guitar features bordering-on-extreme cutaways and ergonomics, something Richardson admits was vital to both his playing style and to ensure the player is getting as much out of the guitars two octaves as possible. “The cutaway just has to be huge because I’m pretty high up there on the neck a lot of the time, and I see no reason for a guitar to interfere with having clear access to all two octaves you have available on a 24-fret neck.”

Rather than opting for one of EBMM’s custom colour options, of which there are many, the Virginia native went with a strikingly beautiful – and exclusive – buckeye burl top. “You can’t really ever go wrong with buckeye burl for aesthetics! Every single guitar that is made is going to be unique because of the way that the wood works.”

As a player who’s been a vital part of the Ernie Ball Music Man family, what goes on behind the curtain that keeps such high-profile and revered players coming back? The answer, at least according to Richardson, is simple. “Decades of pretty much perfect R&D into making guitars and strings.”

Now, with a second signature model to his name, Jason Richardson is regarded in the same company as other esteemed EBMM endorsees such as St Vincent, Steve Morse and one of his idols, John Petrucci. “It’s pretty surreal to be honest, another bucket list type moment you never really anticipate to actually be happening.”