“I’ve gone through the expensive vintage gear, I don’t think it’s worth what people pay for it” JD Simo on his passion for finding hidden gems in the vintage guitar world

The session man turned solo artist on playing Elvis tunes for a Hollywood blockbuster, his rocking new album, and why a self-confessed vintage gear obsessive ended up bonding with a brand new guitar. 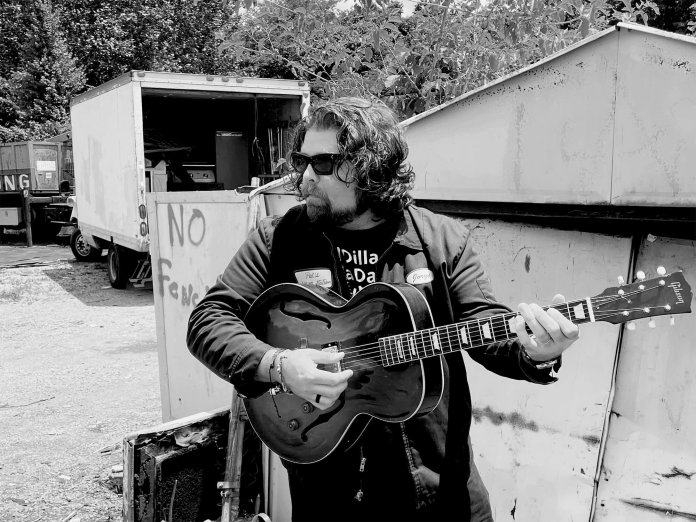 JD Simo made a name for himself as a session guitarist and producer, working with some of the biggest acts in modern music. His recent solo albums have thrust a spotlight on his unique style of guitar playing and penchant for brilliant songwriting.

JD honed his studio skills working with producers like Jack White [on Beyonce’s Lemonade record] and David Kahne [Paul McCartney’s producer], and Dan Auerbach [on a Nikki Lane record]. Those valuable studio skills have contributed to the fantastic sounds on his solo records.

“The ability to learn how to play on records over hundreds of sessions, that’s an incredible gift to give an artist,” Simo explains. “Because you’re essentially being paid to learn how to do something that you’re going to do for yourself.”

JD started out, as so many of us do, learning Elvis Presley songs. In a full circle sort of affair, he is currently working on a film soundtrack/score for Baz Luhrmann’s Elvis biopic featuring Tom Hanks, playing those very same songs,

“I’m just wrapping up this new Elvis movie where Tom Hanks is playing Col Tom Parker,” he ethuses “My friend Dave Cobb is in charge of all the music supervision for the entire film and I’ve been super grateful to be involved! So, I had to cut Heartbreak Hotel and Since My Baby Left Me and it’s funny because it’s really come full circle, because those really were the first songs I learned to play. Its funny how life goes that way sometimes.”

Back to the source

Although his career has been multifaceted, he never loses sight of the reason he picked up the guitar in the first place.

“I love everything I do,” he says. “Whether its making records, producing records for other people, or doing film scores. It all bleeds into one another and its really fun. I’m grateful for every day I have a guitar in my hands. It really is the only time when the voices in my head are quiet. It’s the only time when I’m not really bothered by the outside world and in that sense, its still the same as it was when I first started playing, when I was a little kid. It’s a great feeling. That always inspires me to pick up the guitar because it’s the best I ever truly feel, when I’m lost in music. That’s why any of us fall in love with music. Its addictive. It’s a very blissful, peaceful feeling.”

Music really is the best drug, and like any good addict, when he’s not making music, JD spends his time-consuming copious amounts of sundry music to serve as a source of inspiration.

“I’m a veracious vinyl collector and music listener,” Simo says. “I just addictively actively listen to music every day. I try to listen to stuff I haven’t heard before. It’s kind of amazing to me how many musicians don’t actively listen to music every day. It’s kind of alarming, really. Some people just listen to podcasts, which is totally fine, I like that stuff too but… we are musicians, and you are what you eat, so you’ve got to fill your tank with some good shit.” 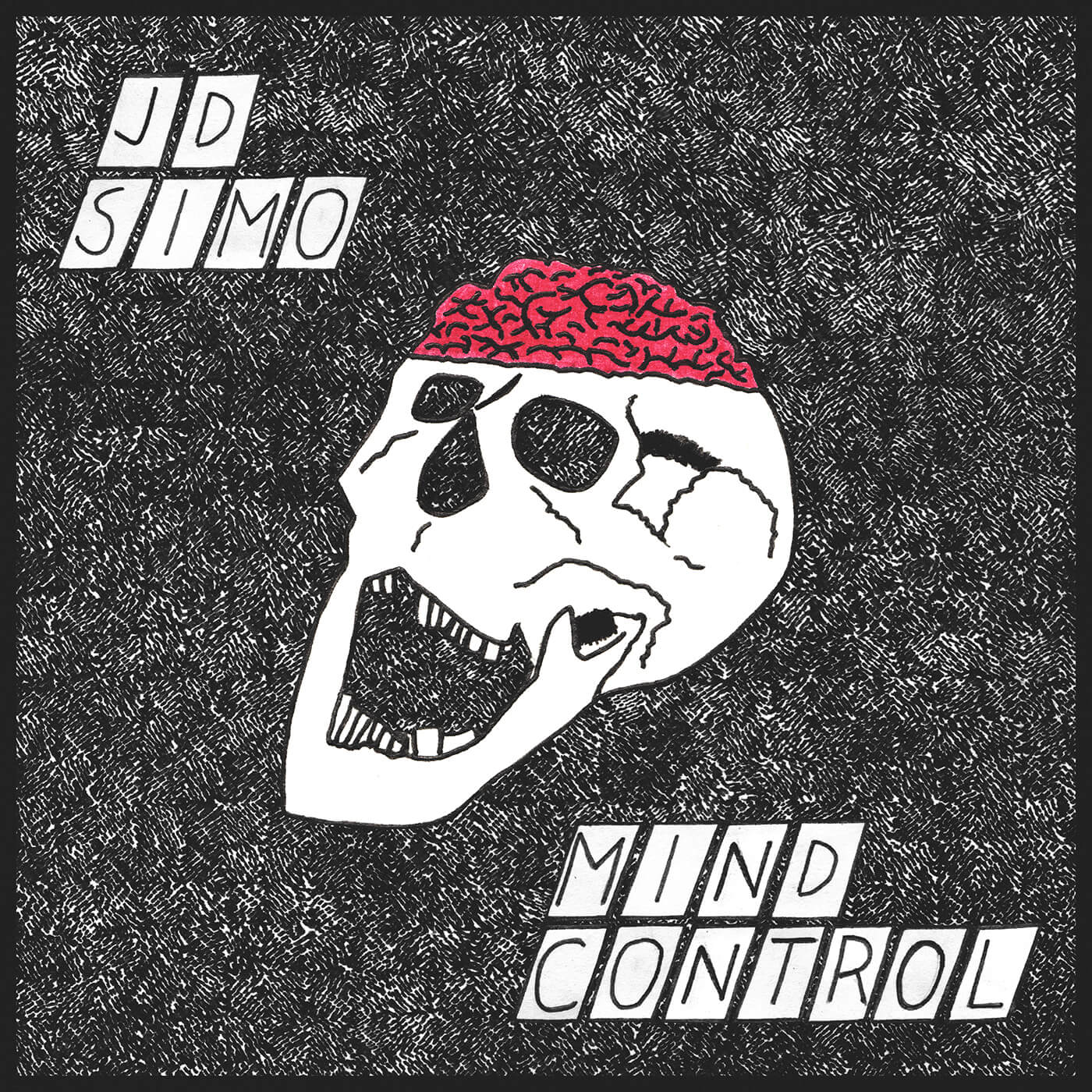 Back in November, JD released a solo EP, titled Mind Control which offers a look at JD in his most comfortable element. It is in this state that his unique style can flow at its most uninhibited.

His delivery resounds with a vintage style, largely in part, thanks to his exclusive use of unorthodox and vintage gear. His trusty old 1962 Gibson 335 has served as his go-to axe for many years and the new solo album is no exception. Vintage guitars have always had an inexplicable mojo that is almost impossible to define but draws so many guitarists to them. In fact, he only has one modern-made guitar in his arsenal – an Echopark Exner Tavares which was used most recently on two songs on the record, The Devil Is Always Watching.

The Tavares is an offset pulled from the unique mind of Echopark main man Gabriel Currie, and as has been the case with so many other artists – including Joe Perry and Josh Homme – Simo found the guitar an inspirational instrument, even as someone who is used to playing almost exclusively vintage gear.

“I don’t know how to quantify it – it’s got vibe and it’s got soul,” he says. “Gabriel is a crazy person in the best way possible. I love him. Some guitars are inspiring. It doesn’t take long to tell whether or not a guitar feels good in your hands. Actually The Devil Is Always Watching I wrote that song with that guitar the first day I got it, like within the first couple hours of having it. So that was a good sign. It’s really the only new guitar that I own and its genuinely funky and inspiring. It’s got some spirit in it.”

His love of vintage gear also extends into his choice of amps and effects on the new album as well.

“I used this old Ampeg Gemini I which is just a magic amp,” he enthuses. “I got it off Craigslist for nothing and its just my favorite amp that I’ve ever had. That’s what I used for the majority for the record. There were a couple tracks where I used an old Alamo Model III from 1949. That’s a great secret weapon amp. Effects wise I’m super simple. I’ve got an old Fuzz Face from the 70s that’s really great. I have this old Kay Fuzz from the 60s when Kay had a brief time when they made pedals – I used that on Let Go and Fucked Up. The only modern pedal I use is an Strymon El Capistan delay.” 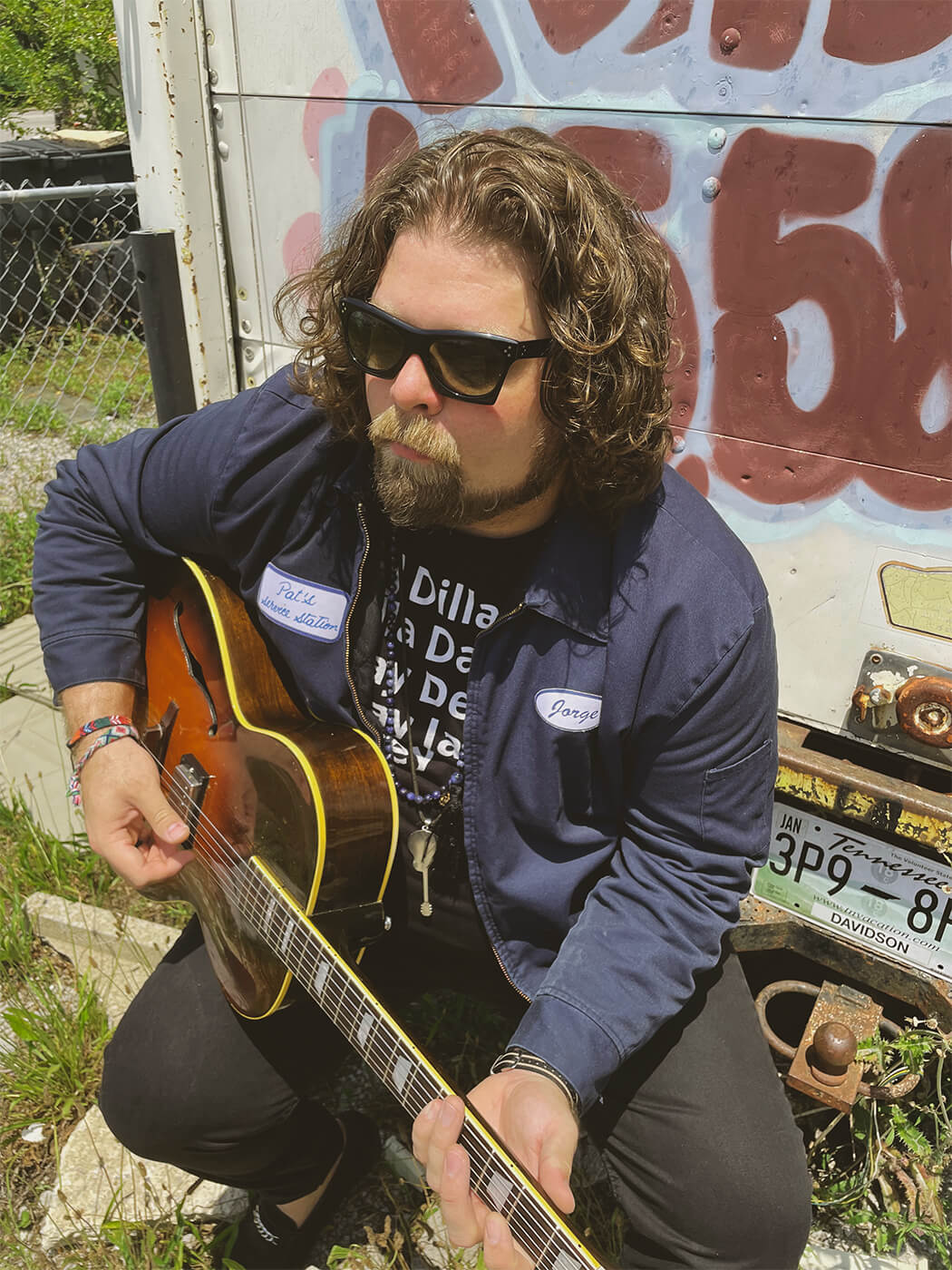 Through his years of being a session musician, JD has owned great vintage gear in almost every form – Les Pauls, Strats, iconic hollowbody models, etc. But he now finds himself drawn to the unsung corners of the vintage market.

“One can’t deny that there is a plethora of equipment from the 50s and 60s that is still attainable,” he insists. “I like to call it the poor-man’s vintage market because there is a lot to be discovered. You can get a Fender Silverface for a fraction of the cost of a Blackface and the real difference is minimal. I have a really great old Kustom tuck & roll K250 that has a great sound and vibe, and you can get those things for $100.

“So I’m drawn to stuff that sounds good and has a vibe. I’ve gone through phases of being drawn to the intrinsically expensive vintage gear, but in the end, I don’t think it’s worth what people pay for it. Having played a lot of vintage gear, I don’t always agree with what they’re valued at, but I do think there is a bunch of stuff out there in the lower echelons on the vintage market, where there aren’t pictures of Jimmy Page using it, therefor its worth $600. If there was a picture of Jimi Hendrix using it, it would be $3,000 or something like that.”

Mind Control is out now.